Personal privacy when the Conservative party win the election?

I wanted to know what people from the UK and also outsiders of the country thing about the snooper act if it is implemented under Teresa May's term as prime minister. I'm a big advocate for personal privacy and believe everyone deserves the right to have privacy whether they make use of it or not. I want to know others peoples views on it and how it may affect the internet especially as she wants to pretty much lock it down and have full control over it, which personally I thing is a horrible idea, however if she does come into power and decides no one deserves security what measures can I take to at least keep some of my life online private such as search history's and such things and keep myself some sort of anonymous, bearing in mind i'm not a dodgy person I just like my right to privacy, some examples of that is I have moved away from google services and even switched operating systems from windows to fedora?

Would really love to know everyone's opinions about it!

Best advice I have to give is a few steps.

2nd. Buy Bitcoin. Purchase a VPN that accepts BTC. A non EU or Nato/US or UK ally based one if possible. Unless it's in certain Scandinavian countries.

3rd. Get a separate machine to do private things on. Or virtual machine if you like, although the hardware is probably already attached to your government internet history file.

4th. Your browsing habits will need to be separate. 1 machine will be your dedicated social media normie browsing web activity/gaming. The other will be anything you want private.

5th. If you are unfamiliar with Linux try loading Ubuntu or Mint as they will suit you fine. Windows is well... Windows.

6th. Using said VPN, download TOR and VPN with your OS first onto a disk or flash drive to load to new machine.

There are probably some gaps in here but you could go this route and not spend a lot and be fairly confident in some level of anonymity from low level tracking.

Regarding point 5 : the OP mentions already being on Fedora, @_hill

@ shaz : A VPN would be a good start ... assuming she doesn't outlaw those (which is likely to happen as it is a means of encrypted communication).
Get one using either Bitcoin, a gift card that your VPN of choice accepts (I recall coming across one that accepted iTunes and Walmart gift cards, but not sure which it was) or an anonymous prepaid credit card.

Seeing as GCHQ already keeps logs of everyone's web traffic, I'd suggest only really looking into VPNs using a laptop or smartphone that you paid cash (2nd hand is fine) and using someone else's network. Starbucks, McDonalds, etc etc. Don't ever log into any of your accounts or visit your usual sites on that machine, don't ever turn it on while in reach of your home network and get rid of it as soon as you do have a VPN.
(Yeah, I know, I'm an oldschool Tek Syndicate tin foil hat nutjob. Sadly sometimes you really need to be, and this is one of those cases.)

If the use of VPNs does become outlawed, I'd suggest moving. If the UK does become that much of a surveillance state, just accept that the country is f***ed and move while you still can cross the channel without requiring visas and all that.
Over 90% of Dutch speakers speak English just fine so the Netherlands and the northern part of Belgium are certainly a viable option. Learning the language is of course preferred, but you should be able to do just fine until you do speak it properly.

This already came into effect on 1th of January 2017. Most people don't even know that it exits.

however if she does come into power and decides no one deserves security what measures can I take to at least keep some of my life online private such as search history's and such things and keep myself some sort of anonymous,

Using VPN with Tor is very good practise but it won't help much if you just browse to Facebook and post comments that have your real name on it. The first step is to stop using social network like FB, Twitter, LinkedIn, that force you to identify your self. You can still use forums to talk with other people just like you are doing now but never give away your real name or location or workplace.

Second step is to emigrate from large data companies like Google and Microsoft to something else.

Shit why am i writing all of this when i could just link to my old thread.

I found this brilliant website that gives you list of all sorts of tools to protect your digital life. The software/services listed in the website are supported nearly on all operating systems. Windose, OS X, Linux, Android, iOS, and sometimes even BSD. They range from OS, browsers, plug-ins, search engines through IM chat, email clients, Disk encryption all the way to Cloud storage, VPNs, DNS services If privacy means anything to you then this is really worth a read. https://www.privacytools.io/ Another useful guide with the same purpose: Prism-Break There is another thread by @Cryptonatic on how to dissappear from the radar. https://forum.teksyndicate.com/t/disconnect-and-disappear/71739

All the stuff that has been written here is really good stuff. But I would like to add a step before all of them.

When you have done that, then you can start looking for solutions and which habits you need to change.

i'd like to add: also don't develop an ulcer over this shit. although there are many reasonable steps to take, some people insist on stuffing their heads into the rabbit hole and then getting stuck,becoming overtly paranoid and stressed out in their approaches. the only was to be completely secure is, you guessed it, unplugging from the internet.

2nd. Buy Bitcoin. Purchase a VPN that accepts BTC. A non EU or Nato/US or UK ally based one if possible. Unless it's in certain Scandinavian countries. 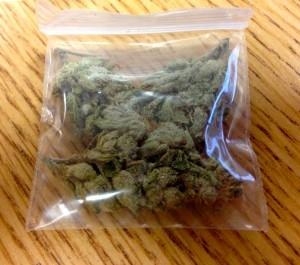 Follow The Bitcoins: How We Got Busted Buying Drugs On Silk Road's Black Market

The gram of marijuana Forbes bought with bitcoins on the Silk Road black market. Researcher Sarah Meikeljohn was able to identify the purchase by following our bitcoins' path into the Silk Road's accounts. The crypto-currency Bitcoin has become the...

Doesn't matter how you pay for it. You want to avoid the 14 eyes.

The Five Eyes, often abbreviated as FVEY, is an intelligence alliance comprising Australia, Canada, New Zealand, the United Kingdom and the United States. These countries, with a similar common law legal inheritance are bound by the multilateral UKUSA Agreement, a treaty for joint cooperation in signals intelligence. The origins of the FVEY can be traced back to the post-World War II period, when the Atlantic Charter was issued by the Allies to lay out their goals for a post-war world. During the...

If you are using a good VPN and TOR and especially NOT using a service like coinbase. Instead using cryptowallet, there's no way they can track you by following block chain or the addresses.

That's the problem. You need to be careful about how you work with bitcoin.

thanks a lot for the advice, the only thing I havent done here is build a pfsense but a quick question, is it worth buying one that is already made or build my own?

thanks for the advice, I really do love your devotion to security! As of the election it looks like May will probably be in power and I might consider even moving but how is it in Netherlands and Belgium ?

thank you very much for all the valuble infomation, it really has helped me. also I have changed my email to an icelandic email, is that any good? also I am slowly moving away from certain things now and becoming more aware. thank you very much my friend.

One thing I would like to know and learn about is using SOCKS5 proxy and things like that to mask myself even more but I cant find any help one that, if you know anywhere there is an information video link it if you wouldn't mind;). In all honestly I just don't want my social and private life to be viewed by the government and enjoy the fact that I could remain somewhat anonymous.

Dont worry i wont go overboard and agree with everything you just said. 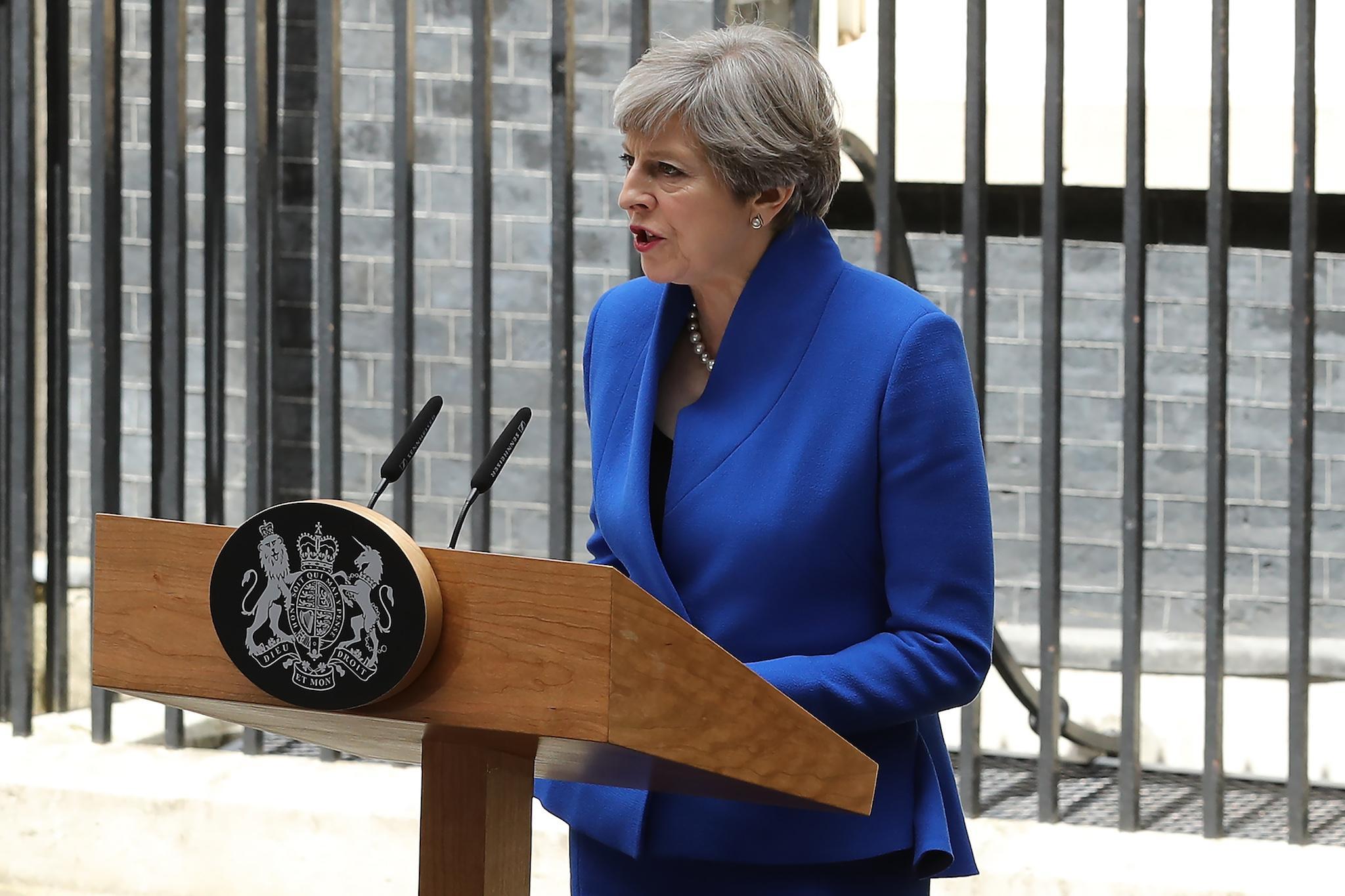 Theresa May to launch extreme internet plans despite not winning majority

Theresa May looks set to launch wide-ranging internet regulation and plans to fundamentally change how technology works despite not having won a majority.

We are the rebellion.

icelandic email, is that any good?

I don't know, depends on their terms of service and how strong their encryption is. But at least it's outside of the 5 eyes. So that's a step forward.

I'm pretty sure you can buy pre built small form pfsense boxes straight from pfsense. They average around 100$ depending on how powerful you want it you can buil a decent one for 40 bucks but it won't look as nice and be as new as a pre built.

Whatever you do, do NOT accept this.

Act directly, don't look for means of future circumvention should it become law.
That is to admit defeat, to surrender before the fight has started.
Tell as many people you know, in person and directly, about the matter at hand, inspire others to oppose it.

Build connections to influential & government connected people and let them know what you think of this.
You cannot wait for the next vote like a good citizen, you are the Digital Rebellion.

This is something that I need to do before they get so expensive that i won't be able to afford them. Do you know which exchange should i use for buying&selling? My main currency is £. Also what kind of offline wallet should i use? Online wallets are dangerous. Mt.Gox run away with $400 000 000 worth of BTC. Some other website got hacked and people had their coins stolen.

Look at it this way, if it scares you you can use i2p and a vpn as much as you like. You can encrypt everything and be stressed all the time and worry about the over reaching state.

Or, like me, you have a phone with i2p and all that shit already set up, you use startpage as your search engine, and you change the household dns every once in a while. I've given up on the whole ENCRYPT EVERYTHING thing because I don't even have a reason to anymore. I find it kind of stupid that we don't have a level of trust in our governments and that people think its doomsday. I look outside and see a nice forest, birds chirping, and bugs trying to get in my air conditioner.

If it really worries you, lock everything down, and only use the internet once a month.