Sandstorm is a little bit of a detour, but this project is one of the most newb friendly ways I know of to create a self-hosting server with great security and good flexibility.

For the Previous video: https://youtu.be/SlEQ6GGIyBc


This is a companion discussion topic for the original entry at https://teksyndicate.com/videos/our-linux-server-sandstorm
10 Likes
terminaldummy April 15, 2016, 11:22am #2

Great video, having your own web server online is always a big plus. I'd be very interested in eventually seeing your take on a headless home linux server/NAS. Doing things like command line hard drive formatting. Permissions/Specific user access to files. How to interface with other computers (scp, ftp, netatalk?) on the network and whatnot. RAID vs RSync backups to individual drives. Stuff like that. Thanks again. The videos are always both educational and entertaining. 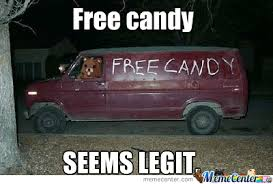 Every time somebody says "cloud" I twitch a little.

I knew that was coming

Im a dirty old man novice/ Installing containers or snaps where you have no idea. You may as well use Microsoft. I have a cloud server and it is mine for good or bad. I put ownCloud on it and fuck me its working.

All I want is to be able to put AA, tanks and infantry arounnd my baby cloud server not install some 00's container which falls over.

I know I know nothing. But I know I didn't come this far to cave to containers and snaps from lazy little fucks that cant work hard.

Is the setup similar on a self hosted server?
Also, can i use this on a desktop by installing it inside a lxc container?

I do not disagree and I'm right there with you. However there is something to be said for fleets of containers , overlay filesystems and being able to destroy and rebuild the containers is while preserving data

Yes, the setup is similar if you self host. The main things you'll have to worry about is port forwarding and your ISP blocking out going mail on port 25.
Most ISP's (that I've seen) block port 25, so you can't run an email server. This WILL be a problem because you won't be able to receive emails from your server.

I would think running it in a full VM would be better but I could be wrong.

on to the topic - I have not yet gotten warm with containers; I still prefer paravirtualisation or full virtualisation - despite my server thats leased at a datacenter does not use any virtualisation at all, as its a bit to weak for that.

Its one debian machine that runs virtual hosting and vmail.. and on top of the vhosting I run the services for me and the websites for orgs and individuals that I host.

I am not 100% up to date on that, but I think docker is actualy working on it, so the containers are not that striclty bound anymore and react more flexible when the libaries or host os change.

Most developers have always written terrible apps(sometimes there is a real, "justifiable" reason for that). Containers are just a way to isolate your terrible app from everybody else's terrible apps.

Give me one legitimate reason.

Testing. What if you didn't like the idea of using curl | bash to install software so, in fear of it buggering up your system, run it in a container?
Alternatively, if you know full-well that your software works perfectly with specific versions of PHP, Apache, etc but you're not sure whether it would work with an older version, spin up a container and see if it works.
How about if you know that one provider's software works on the latest version of something and you also know that someone else's doesn't? It's crap but maybe you have to?

I wrote up some tasks recently for Ansible, knowing full-well that they work fine in Ansible 1. However, after a lot of scouting around to fix compatibility issues the conclusion was that those same commands just wouldn't work in Ansible 2 and would require (basically) a complete re-write. All of the scripts are written for Ansible 1, luckily, so we just ensure that they're only run in v1 but what if we needed a v2 script and just didn't have the time to rewrite the v1 scripts?

This looks like alot of fun, I have been wanting to do something like this for a few years. What I want to do is to turn my beebox (n3150) into a companion server for my android phone. I got a 500gb m.2 and a 1tb mechanical hd and 16gb of ram in it. I could get a couple external usb hd's for it for back-ups and more storage. I think that would be all the horsepower I would need. I just want to be able to push photos and video that I take to the server, maybe run an email/print server. Who knows what else I could do with that.

Kind of on-topic: @wendell is there an expiration date on the get.tech coupon code?
I'm going to snatch a domain name from them for myself but can't right now.

Greeting from Hong Kong, great video lots of good information. Not an add here I do full service web development for companies. Example corp (ZYX) a small company but very high end items so low web traffic. The site host/admin pages still get 200+ login attacks every week, mostly from the Ukraine and China. I have the full list of IP's user names and passwords they use. and Smith 1234 is not a good set LOL

I have also seen many pages listed by Google that have Robots.txt instruction do not list. ( ) so simply asking Robo Spiders not to list is not a good solution if you don't want pages to be found and listed.

Google reference
https://support.google.com/webmasters/answer/6062608?hl=en
[You can stop your URL from appearing in Google Search results completely by using other URL blocking methods, such as password-protecting the files on your server]

Hope this helps, and have fun with with web hosting.

Love the videos weddell, not information saturated and easy to follow. I'm really digging the idea of hosting my own stuff especially "cloud" type setups. But I'd prefer to have it on my own machine I think not on linode, was looking around eBay and came across some older servers and want the communities opinion on whether or not they'd be up to the task of managing a personal cloud type deal with ability to also stream it to wherever I am, I'm lucky in my apartment I've a solid Internet connection.

Thoughts? This thing need a power plant to run it?

But the truth is, most other ways of installing software actually give said software just as much opportunity to mess with your system, just hidden behind a false sense of order.

It's trusted enough as-is for people to run it but even still, 'apt-get/yum/etc install' is a heck of a lot more trustworthy than curl | bash.

Great video, having your own web server online is always a big plus

Thankfully that is highly unlikely ;) But to me worst about selfhosted servers is the fact, that a whole lot of them go dangerously neglected and unpatched for looooong times or even for ever.
Spining it up became quite easy, but unless its a managed solution its not fire and forget; left beside that wordpress kinda is a nightmare on its own, its horrifying how many utterly out of date instances are out in the wild and used to either blackmail owners or create botnet(masters).

tl;tr - if you're not willing to spend time and effort maintaining it, its best to not have a own whatever server =)