5.3/10 on an industry average of 4/10, good but not a lot to diferentiate it. Lunduke pumps it, which should make you immediately suspicious in the first place.

If you want a rolling release just use one of those newfangled user-friendly arch spinoffs, like

A modern, elegant, and powerful Linux operating system. From long-time Linux users to Linux users of only a few months, Antergos is for everyone.

If you want stable and clean, use debian or CentOS.

If you want a linux desktop, wait for the head death of the universe. (But I guess fedora is OK too)

Lunduke pumps it, which should make you immediately suspicious in the first place.

I have Antergos and Opensuse tumbleweed installed in my desktop and laptop respectively.
Honestly, Antergos is a broken distro, it breaks itself frequently. Intalling arch from scratch leaves you with a more clean and stable install. But if it is too much trouble i would recommend Manjaro.

I'm using Opensuse thumbleweed at work and i is surprisingly stable. Works nice out of the box, has daily updates, any software you need that is not present on the default repositories can probably be found in the opensuse software website with additional repositories.

The downside of this distro is the hardware compatibility...well sort of. It works well with AMD and Intel graphics. Nvidia not so much because this distro is made to be secure and thus installing proprietary drivers is a constant pain as the kernel has to be compiled every time you change your graphic drivers.

Lunduke pumps it, which should make you immediately suspicious in the first place.

There's nothing suspicious. He's on some opensuse board so of course he pumps it.

which should make you immediately suspicious in the first place.

It is known that he is on the open Suse board. It is not that he is hiding it.

AS for SUSE I also liked it a lot but have not used it in quite a while. Had some issue with older Nvidia cards. I much prefer Debian for a workstation for the stability it provides.

The following are massive generalisations and sweeping statements:

University/science will often use Debian Stable in addition to the previously mentions distros.

If you are working towards employment you will want to familiarise yourself with one or more of the following.

Arch is a great enthusiast distro but you are unlikely to see it in business or the enterprise. The distro you choose for your own hardware is not the same as the Distro chosen by the people that will pay your wages. As you are studying it would pay dividends to take notice of what the course recommends and the software used by those that will eventually give you employment.

I use Tumbleweed on my desktop, haven't had an issue.

I had a lot of issues installing OpenSuse Tumbleweed on my laptop, it seemed that no matter what options I picked during install, I had to use a USB to actually boot. Probably user error but I didn't care enough to go looking for answers and tried Leap instead.
Leap installed with no problems and worked well enough, but I ended up going back to Arch because I prefer the rolling-release.

Every once in a while I get the urge to try out OpenSuse, be it in a VM or otherwise. The YaST control centre looks interesting and I've heard good things about package management, but every time I try to install it there's always something that doesn't quite work, but your experience may differ.

Why do you want to use Linux?

@cotton Honestly I currently work in the data infastructure side of things and I want to move out of building IDFS and MDFS and a lot of enterprise runs on Linux. Whether it's the servers or cloud fare usage it all runs on Linux. So if I want to move into a better position I need to learn it fluently and get the certs so I can make more money and do better by my kid.

I learned the most using Arch, because you have to manually do EVERYTHING. And the Arch wiki is badass - useful for any distro.

Thank you I will do that then and run any other flavors through vms. How does it fair Nvidia and newer systems? Biggest problems is getting anything to install with a 980ti x-99 build.

I haven't used Arch recently, I would expect the wiki should have any info you would need though.

I have done a bit of distro hopping and recommend it, you'll find what is commonly done the same way and what is different. I myself need to get back into it, my main rig is packed up due to moving and renovating a house, so only have my Windows laptop - which will get a linux flavour once I get a larger SSD for it.

I guess the guts of it is to try stuff. And share your experiences and questions here.

So your interested in the server space aspect, not networking or security side as much?

Bold move, starting your Linux journey with Arch. The Arch wiki is really good and makes a lot of sense once the ball gets rolling. Usually not a beginner's distro (even though I don't believe there really is such a thing) but if you're okay with doing some reading using the wiki and also the man pages, you'll be fine.

Seeing as how you're looking in to the enterprise side of things then PendragonUK really hit the nail on the head with this:

If you are working towards employment you will want to familiarise yourself with one or more of the following.

Arch is a great enthusiast distro but you are unlikely to see it in business or the enterprise.

I'm taking a stab in the dark here but it sounds like you're interested in working in systems.

Systems is a really awesome part of IT. I think it's by far the most interesting. I know a couple of sysadmins that given a problem in any area or layer, if they'd be able to rearrange their priorities, could resolve the issue. We're talking networking, development, systems, or technical support, anywhere - they'd be able to ID the issue and come up with a solution.

What's interesting is they both run Arch. Anyways - it's really interesting work. You might have to work with a programmer on isolating where a bug is in their custom application source code, or in a pinch get embedded with the web development team to help them get over a hump in preping their code for an improved web architecture you're also in charge of the design and deployment of.

That's more of the sexy part of systems, but there are other mundane parts like email queue monitoring and quota enforcement. However, this post isn't to glamorize or demonized systems at all it's to make the following point.

The guys I mentioned before - they are all:

To get to that point takes a lot of time. Years on the job. And that would just cover the first two bullet points. Then you have to maintain that and learn about what's coming out/down the pipeline to fix those future issues.

I know you said you had a kid, be ready for 60-70 hour work weeks. That includes routinely being at work after hours and then the time you spend in your personal lab on your personal projects to stay relevant.

So this leads me to my suggestion. I'd consider evaluating learning Linux to use in the networking sphere. Have a foundational knowledge of Linux in the server space, but learn how to use the tools to diagnose and improve networks.

In my opinion, to get up and running in this area has a better barrier to entry and reasonably sized knowledge base. The fundamentals of how data gets routed from one machine to another has remained relatively stable for the past 30 so years.

Whereas, for example, in just the past 3-5 years the core concepts of Unix/Linux have been undergoing a massive overhaul. From its init system to mass deployment and server maintence using tools like ancible. That's the current. An example of the future, or possibly "current but bleeding edge" would be Kubernetes.

I'm not saying networking is any less of a field or position, or that network experts aren't as valuable as system experts. What I'm saying is that, to me, it seems to have a more reasonable knowlege sphere, which is more stable and therefore leads to better sustainability as a career.

This post was meant to be conveyed in a respectful way to the OP, all memebers of the forum and all IT professionals.

Well, my first experience with Tumbleweed is "nice".
This is of course just a Hyper-V virtual machine but that's irrelevant:
I cannot login as a regular user.
What a god damn silly issue. And this is 2017 for crying out loud.

The password is correct, it would complain otherwise.
I can login as root just fine. And I tried removing that user and adding another completely different one.
But lo and behold, as I try and login myself in as that newly created user, it won't let me.
Only root login works.

Oh and the installer (nice looking btw). As for language I chose en_gb because of course and finnish keyboard locale/time.
Guess what, en_us + american layout and god knows what as the locale. 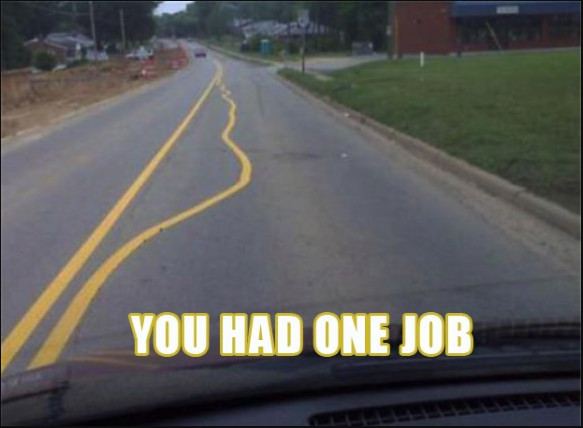 openSUSE has a lot of nice things going for it from what I've read (engineering and whatnot) but the user experience is just..

Oh well, I'll take a look at it again sometime in the future as I'm curious but as of now if it can't get these kind of simple things right, it isn't worth my time.