I know its way WAY early, but I think it never hurts to plan ahead.
I want to make a brainstorming topic of community ideas for the next LanSyndicate.
Feel free to throw anything in. They can be ideas we had implemented last time and you want to see again too.

Here are some ideas I had:

Irn Bru (I want it so bad I'd be willing to pay for it out of pocket if need be to have it at the event.) Also it would have to be the US version.

Drawing Contest. This could be a fun even for a prize where everyone in the community votes for a winner who gets a prize. Also some of the pieces could be used for clothing designs. Two birds with one stone. 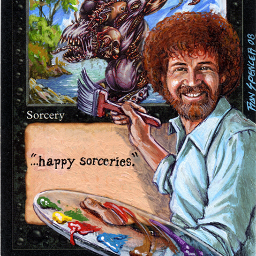 What kind of ideas do you guys have?

All I want is full scale banana warfare lol.

Also (this probably wouldn't happen at all just thinking out loud here) on the topic of warfare, some sort of Nerf war or water balloon fight would be equally cool :)

A Nerf war would be sick.

I really would like to see one of these. There would be so much bragging lol.

laser tag game / airsoft tag.
party could be placed near or besides on open air (heads would be covered by bar type umbrella's)
\/ like here

cables can be secured from rain etc... its easy :)

~ could be placed somewhere in the middle of USA instead on far end / corner. This way everyone is equally close or closer... else everyone is far away or on spot.

I would love airsoft over nerf, but I doubt it would happen... It would mean more waivers lol.
It would be awesome if it did though!
I totally agree. The middle of the US is probably way better.

"Irn-Bru and Diet Irn-Bru have been formulated since 2002 by A.G. Barr plc to meet the regulations for food colouring of the U.S. Food and Drug Administration (FDA). Ponceau 4R, used in the UK formulation, is prohibited by the FDA. Barr uses alternative food and drink colourants manufactured by a U.S. company approved by the FDA. The product labelling also meets U.S. labelling standards on nutritional information and bar code. Compliant Irn-Bru is solely imported by Great Scot International in Charlotte, North Carolina, who supply distributors and retailers throughout the U.S. It is only supplied in 500 ml."
-Wikipedia
Because the FDA is the FDA.

week long event (would be nice but not necessary)

need to be in summer time so I am old enough to drink, (and so more students could go)

not that I live near it or anything, but you can get 10gbps in downtown Detroit, also Renaissance Center has hotel and convention space

not sure about their internet tho

This would be the best option tbh.

I wouldn't mind if the weapon thing was off site for easier legal reasons. That would save Logan some headaches probably for potential legal issues.

There was a youtube video i saw a while ago of rc cars being driver in first person view around a track from seats and race wheels. Really wish I could find that video again.

An RC Car race/Competition/Show would be sick

I'll see myself out

But we have these in CT

Sea Hag IPA is a American IPA style beer brewed by New England Brewing Co. in Woodbridge, CT. 86 out of 100 with 462 reviews, ratings and opinions.

And then in Mass

Julius is a American IPA style beer brewed by Tree House Brewing Company in Monson, MA. 100 out of 100 with 482 reviews, ratings and opinions.

its on one end of the country, not central

And ANYWHERE but kommiefornia please.