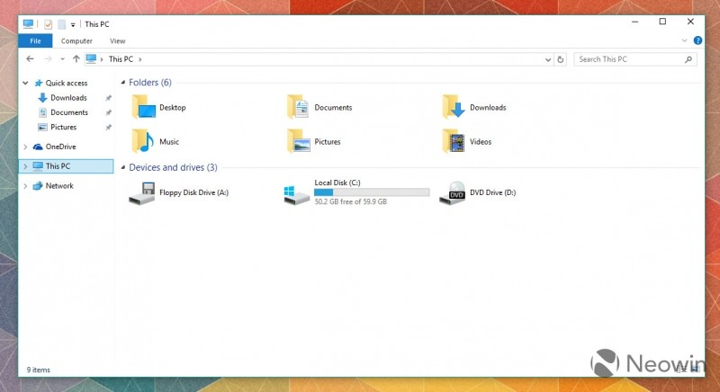 A new and as yet unreleased build of Windows 10 has leaked, bringing with it some visual changes and other improvements that are yet to make it to the official Insider Preview builds.

I've been keeping up on the Windows 10 Builds. I've been running them since day one on my Dell Venue 8 Pro right before my tablet broke sadly. from my understanding the OS is already done. they are just polishing things to make it look pretty. Icons, combining the Control Panel with the Settings apps. basically all the Legacy-Like Menus are going to be converted and added to the Modern UI Settings apps. and the Start Screen/Start Menu will have a bit more customization. right now it's fairly limited, everything is there. but a lot of "Windows Insiders" that's what Microsoft calls us, they have been complaining that we should have the ability to re-adjust the start menu size just like in the very early builds.

Oh and i forgot to mention some of the touch features have been broken since day one. They still haven't been fixed yet.

But wait what. They are adding all of the Control Panel functionality to the Modern UI Settings app? Please tell me they aren't getting rid of Control Panel....

I like it, I may install it on my pc but I'm doing a new build next summer so I may hold off on the clean reinstall.

yes they are. the control panel will be completely gone. all of it's functionality will be in the settings app from now on.

Shit. Well, I haven't seen the new Settings app yet so I'll reserve judgment on it. But if it is as limited and stupidly hard to navigate as the current one is... Blech.

the Settings app is integrated to the start menu like a button. you can customize the entire start screen/start menu to your liking. 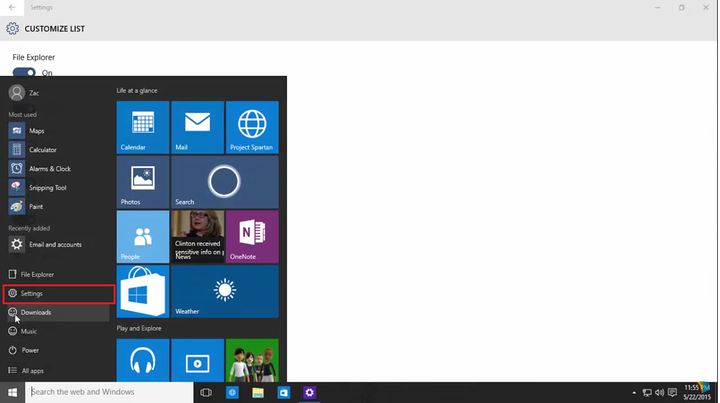 Here's the video to see it for yourself.

Ohh nice. Thanks for sharing. I've tried to limit my exposure to 10. Want to just wait for the final product.

Still, do not want metro.

you don't have to. you still have modern apps, but they open up like regular legacy windows. not like in Windows 8.1 where you would open them and they would automatically go fullscreen, like a tablet application. I've been running the builds since day one. they've been focusing on the desktop experience FIRST. the tablet functions are of secondary concern. in fact some of the touch functionality is STILL broken in these builds and they have been broken since the very first build launch. you still cant swipe upward on any application.

When you say modern apps , do you mean the app store? I still have no interest in microsoft apps. What are going to do about that mess?

As of their //Build/ 2015 Conference, Microsoft is allowing Developers to port over their Android / iOS applications to the Windows Store. Visual Studio will have support for Objective-C "IOS Code" and Java/C++ "Android code" you can port the entire application and with the new tool kit, compile it for windows. also Visual Studio will be available for all platforms, OS X and Linux.

As for Modern Apps I really mean the universal applications. "Microsoft wants a one Store for All" (Basically the same concept that is already on Linux to an extent) a Store where you can pick up Win32 based Applications, Modern Applications, .NET applications and so on all from one store.

Thank you. Porting my favorite android apps is something i can get excited about. Google to Bing :)~

I'm hoping the Control Panel will be gone.

If it's all in the Modern UI Settings app than that's fine be me, no jumping around two separate applications to change settings.

I've never been one to use the stock Icons & themes. I hate to hear the control panel is going.
I was hoping for a all black theme like I run. It doesn't hurt my eyes as much.

Windows 10 has a Dark and Light theme on the settings app. you don't have to worry about much.

this is an earlier build but you can see the dark theme on their already. it's still a bit buggy but it's there.

I think I'm gonna camp on Windows 8 for as long as I can. If I change OS's in the future I would like to make "the jump".

I was trying my best not to derail the topic. Mostly because Microsoft will devote effort into "fixing" icons but not their app store or their more fundamentally broken interface.