This may be a rather "biased" place to post this considering my options so far, and I mean that in the kindest sense, but I'm looking for a new mouse. Let me preface this by saying I know absolutely nothing about mouse specs and am not looking for something completely insane with 100 buttons (1 or 2 would be nice).

I'm currently using this lovely mouse by GE and it's probably 2-3 years old. It's starting to double click every now and then and it's struggling to track properly at different areas on my desk. I don't have a mousepad and I'm on a grayish white desk.

I've seen the Tek Syndicate mouse advertised quite often on the show, and for the price it seems rather good.

Obviously the Deathadder is more expensive with higher quality specs, but I don't need an insane mouse as I don't game a lot (yet), but would it be worth the investment? If I were to buy the Tek mouse, I would imagine I'd need a mousepad too so that's a little extra money.

Holy shit don't get a deathadder.... I had one before my G700S and it died in a week and I think I used it twice playing quake.

The TS mouse is pretty good and theres a lot of users here. I recommend a G700S for wireless and wired mouse use with an amazing laser and good grips. The G600 is good for reprograming.

Thanks for the suggestions. The G700S and 600 (maybe that series in general) is just a little more than I'm looking for. I'm coming from a $4 mouse and I don't really have a need for 9 programmable buttons on the side.

Does it have good linux drivers? I run Arch.

You set the mouse up on windows and it stores it all on the mouse. You can set up a VM if you want to change it but set up once and you're done.

Interesting. I have a second (much older) laptop running Win 7 that I could use for that. But what do you need 13 programmable buttons for? I currently have a fine time using 0.

The 700 is nice for having some extras. The three next to Mouse1, if you look at a pic, I have the top 2 set to change the mouse sensitivity profiles, the one underneath to check mouse battery, and the 4 on the side do play, pause, Vol Up, Vol Down out of game, in game weapon change and reload and voice comms, or in league I put them to abilities.

The 600 I use on my desktop for editing macros and FPS games. Still you can change mouse profiles.

Yeah see I mainly program, browse the internet, and on the off chance play Skyrim. Unless I map them to type out C syntax, I'm wasting the mouse real estate.

You'll find a use trust me. I didn't think I would use any of them but I wanted it for the wireless/wired combo and found so many uses later on.

I also recommend you stay away from the Deathadder, I went through three before giving up on Razer mice. Currently using a Mionix Castor, which I highly recommend. I also own the Logitech G502 and G602, and I can highly recommend those as well.

I've got a DeathAdder that I use at work... it's been fine for the past... ummm... 5 years? I'm sure it will go 10 more... the braided cable is frayed but any braided cable with fray eventually...

I don't recommend a wireless mouse because of input lag... people used to using one probably don't notice it, but I do soon as I touch it... anything wireless shouldn't ever be advertised as a gaming mouse IMHO...

The Tek Syndicate mouse is nice for what you get... if you want a RGB mouse, get a Mionix (model depends on your grip style... I personally prefer the NAOS) or Razer DeathAdder... I've honestly never heard anybody ever complain about a DeathAdder until I entered this thread... but I do prefer pretty much all of Mionix offerings over Razer's... I prefer both of the previous over anything Logitech offers :P

Mionix Castor does look pretty nice. Decent price point as well. It seems there is a lot of mixed opinions on the deathadder :|

I mean if you don't care that your mouse is purple the tek syndicate mouse is quality and cheap...

Otherwise, look at the Mionix Caster, NAOS, and AVIOR... decide if you really want to pay for a "premium" mouse... and buy it without regrets... Mionix makes an excellent mouse

Personally I like the Roccat Savu and Roccat Kova[+], haven't used any of the "later" deathadders but my experience with the early ones was always good.

I haven't tried the tek syndicate mouse so can't comment on that one.

This is what I'm using on my main rig. 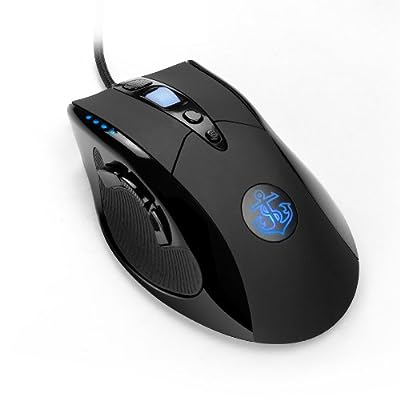 Discover the control, precision and style that you've been missing with the Ensis 320 Brushed Aluminum Mouse Pad. Crafted of 1mm hairline brushed aluminum alloy for a lustrous, metallic appearance, th ...

I second the G502 or a similar Logitech mouse. The thing I love about them is being able to switch into a free spinning mode on the scroll wheel.

And yes, you may not need the extra buttons, until you start using them to do frequent tasks. That's when you wonder how you lived without them. At a minimum, I always have two buttons right under my thumb that will allow me to go back or forward a page on my web browser.

I don't have it myself, but I've been thinking about getting the Patriot Viper V560 after I saw Rooster's review on the Tek hardware channel. It's $30 bucks on Amazon right now.

What do you think about the logitec g303. A buddy of mine uses it as a daily driver, i am interested in it as well.
Although economic changes in my personal life are setting me back of buying one.

I love my new Cougar 550M. It has all the cool specs + RGB. It is large but Cougar makes smaller ones and a black 550. I had never heard of Cougar, but they are respected in Germany. It feels SOLID. 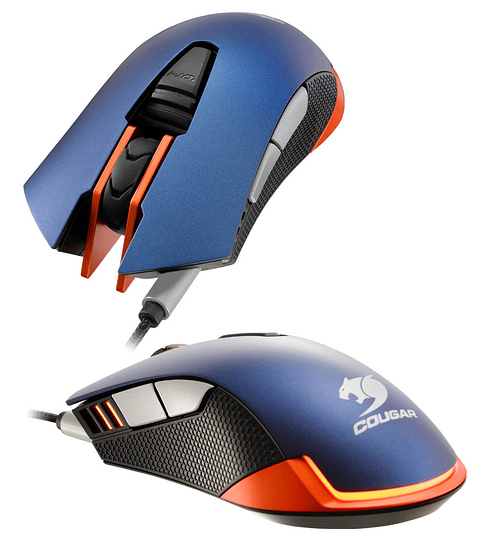