Users that have specific questions about NN and make threads for them should not be derailed into circles about “what if” tinfoil theory crafting.

That’s what this thread is for

So for all of you people that feel like this:

Yup. Comcast throttling Netflix until they paid extortion money. Comcast fucking with torrents, even though people were well within their monthly bandwidth allotment. Having to shame Comcast into getting better than DOCSIS 1.1 modems and speeds in 2008. Yeah. Can’t fuckin’ wait to go back.

It’s not dead they just voted to kill it behind the barn soon. There is also no way you’re gonna notice right away, they also have to wring their hands and setup the fuck the common person button and all that. For all you know ISP will boost your service in an attempt to change public perception on Net Neutrality or they’ll do it just slowly enough to avoid detection. They’re not stupid, there’s a reason the vote was guaranteed, from the moment Pai became chairman.

This is the place for general discussion about NN.

Rule 2 applies, do not get overly political, talking about legislation is fine, advocating for the assassination of Ajit Pai is NOT FINE and WILL BE REMOVED, anything like “lol this administration is so bought out” is low effort trolling and not welcome 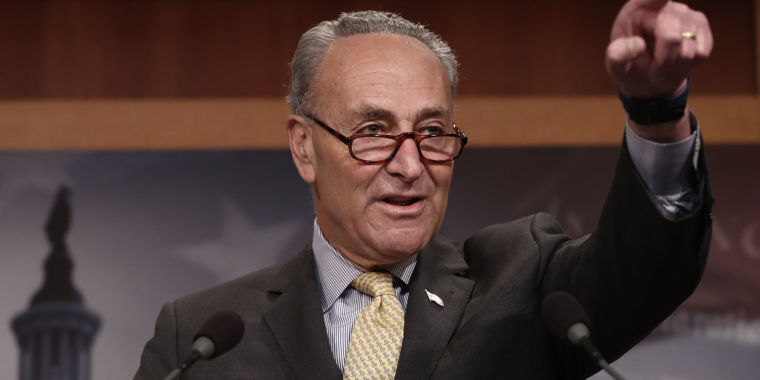 “There will be a [Senate] vote” to reinstate net neutrality, Schumer says

this is a containment thread

Isps already want to be able to bring you their services at a lower rate than normal internet activity or at faster speeds. But one that is the norm both prices will go up while the cheaper ones services will only be in comparison to the jacked up normal services so consumers can be told they are getting good deal.

Ajit Pai is based and many people are over-exaggerating what is going to happen in the next few months. 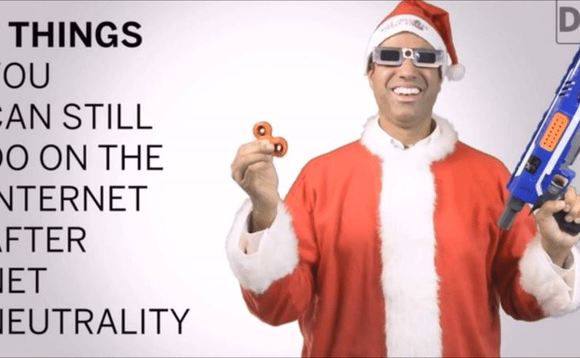 People are going to go with the ISP that offers the fastest Netflix speed. Guaranteed.

How bout we flip the coin and check how the other side looks like for a change; can someone explain why killing nn is a good thing?

Not if you only have one provider hence the reason for regulations.

I’m all for deregulation IF!!! they open exclusive territories to all businesses.

Ah but that would be government over reach too since the monopoly deals are usually at the municipal level.

So smaller ISPs are the ones that mainly get hurt. I contracted for an ISP that got bought by a conglomerate and they covered an entire county in the Southeast.

It was a fairly rural country and mostly DSL with a few fiber neighborhoods. They had 3 T3 connections up until last year. They had a total of like 30 GBs of data for an entire county. Not because they were cheap they just never needed it when most of their users were 3-10 mbs connections.

Then Netflix and Youtube come along and their networks are wrecked by bandwidth usage. So they have to buy more bandwidth from companies like Dyn who own the backbone.

That’s not cheap and they weren’t charging that much so when Netflix is using 90% of their bandwidth they have 2 options.

Charge the customer more or charge Netflix more. The logical option is charge Netflix, because your customers are not going to be happy at all. But it’s illegal to charge Netflix more even though they’re clogging the entire network. So Netflix enjoys massive profits with no overhead for how much bandwidth they are using.

Sounds like they oversold their bandwidth
Hardly Netflix’s fault

They had a total of like 30 GBs of data for an entire county. Not because they were cheap they just never needed it when most of their users were 3-10 mbs connections.

Then Netflix and Youtube come along and their networks are wrecked by bandwidth usage.

10Mb/s is twice what is needed to stream HD content from Netflix.

Also, how much did those 3-10Mb/s connections cost those folks? That’s a very important part of this equation.

No thanks. I had my fill of caring the first time around NN was up for debate.

This time it was just a sellout Republican baby getting power he shouldn’t have and then resetting what good decisions his predecessor made. As we all saw coming for months.

Not worth discussing again…

No one has ever sold with the plan on everyone maxing out their connections. Not defending the practice that’s just the way they operate.

I think average payments were around 50-60 a month. Every connection had a landline as well.

I am in no way saying ISPs are good guys but they’re all businesses and the government giving one kind of business free things while screwing the other is not a good idea.

Because as we’ve seen the consumer is caught in the middle.

This was a half-baked decision solely to benefit only a few large corporations. With some more effort this could have been a good thing for the market, competition and ultimately the consumer.

Title 2 was the best option to keep corporate greed at bay while considering states rights to handle corporate affairs, such as monopolies and access to public utility poles.

Really, this is potentially a non issue if you can find the time to attend public meetings and discuss these issues with your local incumbents. If you are like me working a normal day job, attendance in political agendas is out of reach.

I am in no way saying ISPs are good guys but they’re all businesses and the government giving one kind of business free things while screwing the other is not a good idea.

That’s not what’s happening here. Like in the slightest. I’m not sure how you’ve contorted the issue to be the government giving any business free stuff.

Consumers are paying for bandwidth. If they choose to watch Netflix, torrent the Stack Exchange databases, or download ISOs with that bandwidth, or just refresh Facebook every other second, that’s up to them. Why should Comcast get to charge you the consumer and Netflix for the exact same bandwidth? Because that is what we’re talking about here. I’m paying for 100Mb/s bandwidth with a 250GB/mo cap. Why does Comcast get to double dip here? Under what circumstance is that okay in any other industry?

And while we’re here, why is watching a movie at 5Mb/s somehow more network intensive than me downloading large Linux ISOs at my full 100Mb/s?

With the cable tv business model dying, it isn’t much of a stretch to imagine ISPs, most of which are TV providers, reinventing the internet based on that model.

While I think this is a worst case scenario, i imagine it is the ultimate goal of the ISPs to replace their dying business model on the TV side.

Also, Google is struggling to expand into the broadband market, and they’re Google, if they can barely afford to do it, how will anyone else? And Google is in favor of Title II classification.

Also, the FCC is claiming that they are requiring ISPs to be transparant whenever they throttle sites, but I am willing to bet the court decisions that kept the FCC from preventing ISPs from throttling under Title I also keeps the FCC from preventing ISPs from hiding the throttling of sites under Title I. And this is the FCC lying and trying to make consumers feel safer than they are.

requiring ISPs to be transparant

My main concern is that even if net neutrality is reinstated it wont matter with ajit pai being the chairmen of the fcc. ISPs may be required to treat all traffic the same and when they dont the fcc wont do anything about it