After a bit of deserved hype around the k40m hack. @viperbite I picked up a GPU cooler, the Raijintek Morpheus 8057. 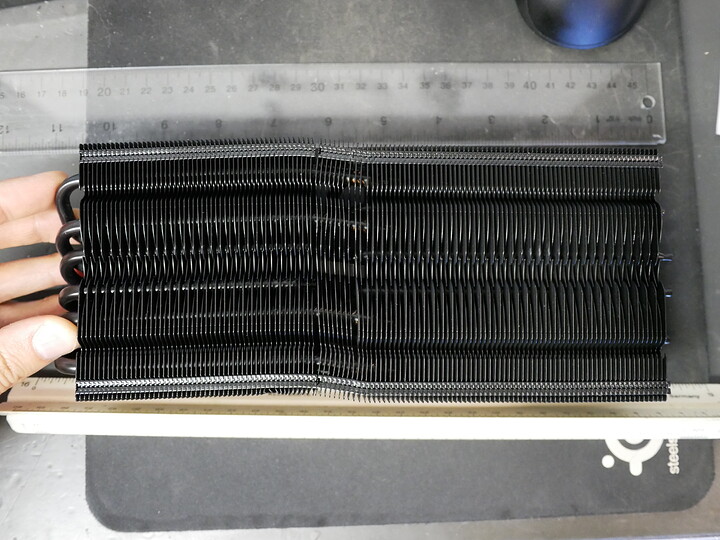 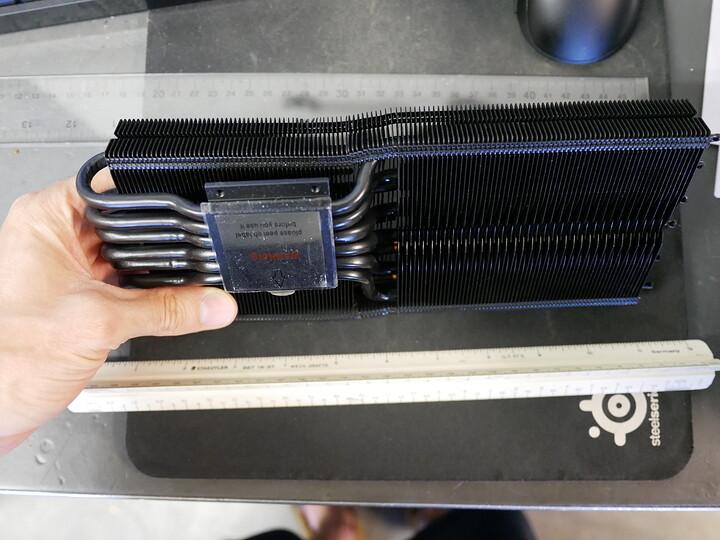 Clearly lacking some QA. But other than the robust character it will bring to my future pc do you reckon there will be any performance issues?

I was doing some self pity browsing and found this write up on curvy pipes: https://celsiainc.com/heat-sink-blog/bending-heat-pipes/

I doubt the 1/8" deviation would be substantial but wanted to commiserate nonetheless.

I don’t think it’d be worth return shipping…

The coolers are great, the company on the other hand does cut corners outside of heatsink design

It should be fine, for what its worth my GPU cooler was damaged in shipping and it has been perfect in actual use, it is a second hand R9 290 so it has put upnwith this for years.

I would think as long as there are spaces between the fins, and the vapor chambers arent kinked or bent closed the cooler would still be as effective. Theoretically…???