Mastodon: not the band, but a free, open-source decentralized Twitter alternative

Discovered it yesterday, Mastodon seems to be a great open-source alternative to Twitter.

Mastodon is a free, open-source social network. A decentralized alternative to commercial platforms, it avoids the risks of a single company monopolizing your communication. Pick a server that you trust — whichever you choose, you can interact with everyone else. Anyone can run their own Mastodon instance and participate in the social network seamlessly.

It is decentralized by using multiple instances. The biggest instance is (hosted by the creator of this project): mastodon.social
This one is having difficulties though with the currently rapidly increasing user count. So I would recommend using another instance to help balance load.

They have a list of all instances here: https://instances.mastodon.xyz

Fun things: It's UI looks like Tweetdeck. They call it "tooting" not "tweeting". It's based on GNU social. 500 char limit. The name is actually based on the band. Oh and, their mascot is just cute.

Looks like a viable alternative to me. Could become even better than Twitter. If everyone jumps on the hype train of course...

EDIT 2: Mastodon is growing so fast that the "flagship" instance (mastodon.social) has closed registration. Luckily there are enough other good instances. That's the beauty of federation right there.

looks quite nice thanks for sharing!!!

Yeah thought the same. There is even a neat tool to find your Twitter friends.
https://mastodon-bridge.herokuapp.com
Of course it won't do wonders seeing that this tool currently only has 1193 users using it.

It's another Diaspora, only this time the failure will be caused by a lack of interest instead of the death of the only Core Dev.

We can always hope... But you are right, the problem stays as long as not everyone switches. I guess it's fair to say that most people are content with Twitter.

Deleted my "tooter", can't stand this.
I laughed

Imma ship this. I'm going to try to start a instance at my school as a side project with some other people maybe.

I hope someone writes a half-decent mobile client for it. Tusky sounds like the most reasonable one but apparently people have trouble connecting to any other domain than mastadon.social, which is a huge issue to say the least.

Didn't know Tusky had that issue. The dev will probably fix it soon. Seeing the massive increase in users Mastodon has had over the past few days. The devs are really active at the moment. I am using Amaroq (iOS). Seems to login fine no matter what instance I use.

Mastodon is growing so fast that the "flagship" instance (mastodon.social) has closed registration. Luckily there are enough other good instances. That's the beauty of federation right there.

Yeah, I just installed Tusky (I'm on octodon.social) and it works fine. Might have to do with server capabilities.

That's actually my biggest issue with it. At first glance, a higher than 140 character limit seems nice, but it will take away what makes Twitter special (at least for me). The reason why Twitter is popular is for the short posts. People can quickly read over it and know what to expect, if they want to know more, they can click a link. If the posts get longer, people will skip it while thinking "TL;DR" in their head.

The only time when this limit becomes annoying is when you want to tag a lot of people who are part of the conversation, since their usernames take up a lot of the 140 characters, but Twitter fixed that very recently, so you will now have all the 140 chars for your reply.*

* Except for 3rd-party clients like Tweetbot who happily took my 10 bucks but still didn't even implement polls, let alone this new replying-system.

Another thing which some people bring up all the time is the ability to edit tweets. Apart from breaking backwards compatibility (or at least usability) for older clients, it's simply not necessary for 140 character long posts. Most people want this editing feature within 60s after posting, but I still wonder why they don't just delete the post and post it again correctly.

the thing i like about this is that it still works as a whole. you can join whatever service you want and still have access to every other user that are on different services

Why this over GNU Social?

To answer my own question.

Fully interoperable with GNU social and any OStatus platform 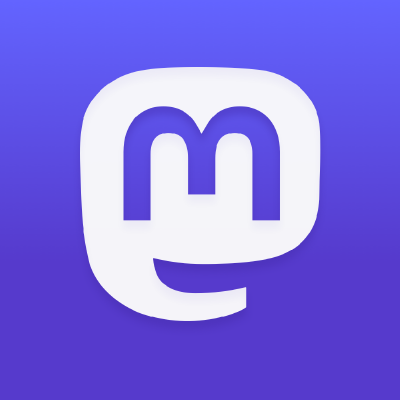 If the posts get longer, people will skip it while thinking "TL;DR" in their head.

I am also wondering whether the 500 char limit is a positive or negative aspect. Over the past few days that I have been using Mastodon I must say that the experience of reading your timeline can sometimes be tiring. It feels a lot harder to just quickly scan your timeline with such long "toots" in between.

This is indeed truly great. The feeling of not being a product but actually a person is fantastic. A person that can even create its own instance on the "social network". Heck, it's open source so you can even contribute to the project and "put your own mark".

I looked at the documentation to get a feel for what Mastodon is trying to achieve, and it looks pretty ok. I can see why the Tweetdeck look, privacy, longer character limit, etc. and no Nazis policy are drawing people in.
I really hope federated social media catches on, because everyone can have their own space on the internet, and set their own rules about what's allowed and what isn't. If you want to post something that isn't allowed, go to a different provider who allows it, and it won't even prevent people on other instances from seeing it, and without burdening other instance maintainers with hosting content they don't agree with/could get them in legal trouble depending on where they are in the world.

It is growing at an impressive rate.
The userbase has doubled over the last week.