If you are currently running malwarebytes there seems to be a major memory leak problem with one of the latest updates, no news yet from what I can find, but there does seem to be some chatter about it.

I’m using premium but this may effect the free version as well.

Woke up this morning to 30gb of my ram is usage

(Image is after closing and reopening Malwarebytes, still doing it.)

Oh yrleah worse than that it’s blocking every website when it runs out of memory. Blahhh

Even worse web protection went down. I was having some weird issues with my computer, web browser crashing other windows having choppy performance, got a notification that my anti-virus was out of date when I bought a years sub 3 months ago…

I thought that MB had gotten corrupted some how when W10 told me my AV was out of date. Uninstalled/reinstalled and now the program won’t take a license key, says the server is unreachable…

I hope they fix what ever it is that’s going on. Earlier this week when FF updated it kept crashing the browser, I thought it was something with FF so I installed the last stable version I had and that seemed to fix the issue with the browser crashing. 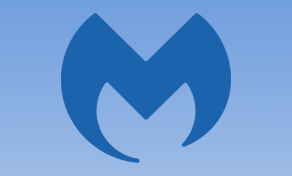 An update pushed by Malwarebytes today for their Malwarebytes Anti-Malware product has caused a lot of problems for those who use their program. This new protection update caused mbamservice.exe to consume a lot of memory and upwards to 90% of the...

I could swear I have pointed this out already. Ditched malwarebytes over a great may ills over the past year and half. I personally no longer recommend Malwarebytes for anything. Hell it is not even that good at malware. Weird note… there is malware designed to highjack it. If it refuses to update, you are owned.

Just so you do not think i am being snobbish… Someone posted this issue a while back on the forum about the time malwarebytes transitioned to this new format. In the process of searching for the cause we discovered this issue. At the same time malwarebytes also decided to engage with open warfare with Iobit ( another of my tools for noobs that I use ) There is no excuse for software to always be on and connected. All that is needed is regular updating. Malwarebytes has converted themselves into a heavy resource hog that is always connected and somewhat invasive in a privacy regards. End Rant… shame it has been a decent tool in most regards until now.

Yeah I’ve even dumped it as a second opinion scanner. I don’t know if the full version was ever that good, but at least it used to be great as such.

I knew it! Both my and my mom’s laptop were acting really strange. At first, we didn’t know it was Malwarebytes, but when I checked Task Manager I could see Malwarebytes taking up almost all of my RAM. I quickly killed the task but it simply reopened and did the exact same. I decided to remove Malwarebytes from startup programs, but when I restarted my computer, Malwarebytes started along with it. I found it strange so I decided to uninstall Malwarebytes for now. After that, the problems and crashes stopped.

I believe a patch has been issued but the resource usage issue is literally a recurring issue.

but when I restarted my computer, Malwarebytes started along with it

Is this an issue with the the latest software version of Malwarebytes itself.

Or is this an issue with their latest definition updates?

It was an issue with a definition update.

It was an issue with a definition update.

Thats kinda odd.
What i mean with definition update is the detection database file.

What i mean with definition update is the detection database file.

Malwarebytes pushed out a protection update that gobbled up memory and CPU resources and turned off web protection; the first fix still left users with unusable or crashing computers, but the latest release resolved the issue.

Malwarebytes pushed out a protection update that gobbled up memory and CPU resources and turned off web protection.

Okay good to know thanks.