I have a black, blue, green deck but I may go back to just black and blue because I don't have that good of cards.

I used to run a rakdos and a orzhov. But I don't have anyone to play with anymore, and my cards are old.

the 90's are calling

My playgroup started playing "EDH" (or "Commander")... if you get a playgroup together, your old cards will be the bees-knees and melt faces!

I have three decks. One is a Blue/White aggro, another a Red/Black aggro, and a Green/Blue/Red Control deck.

is the rest of your deck Relentless Rats? 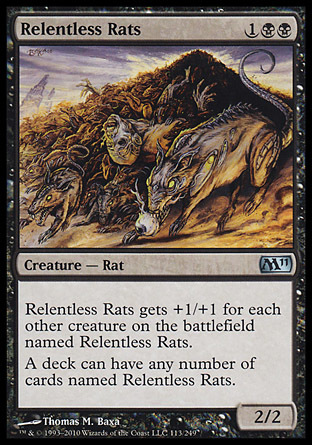 Cause it should be :p

For extra demoralizing pain, throw this in there: 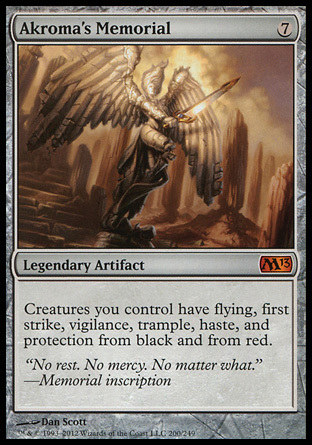 No, there are 3 in there for filler until i find some more rats, however i am in the proccess of collecting relentless rats to build a dedicated relentless rat deck, i have 20 some, and some one just offered to sell 26 more to me.

That artifact may be something i should add, or something else that gives my rats flying because right now i have no defense agents flying except for spells like murder.

Have a tonne of black cards, but i mainly used a green/white combo when i played. Green for the damage and white for the spells and enchantments.

I have also been collecting unhinged and unglued cards and hope to build an commander deck with them at some point.

This one is one of my favorites 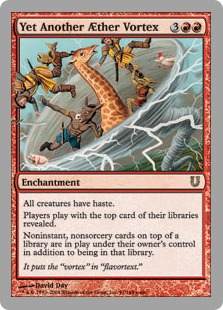 hahaha, that'll be ridiculous. You must not forget: 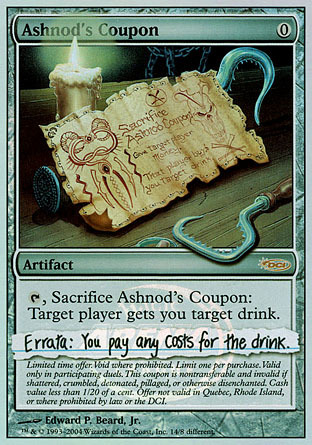 thats one i got too. i also have this one 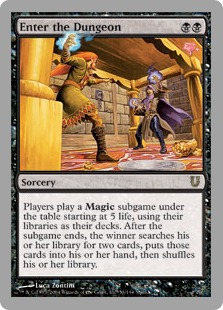 Got to love that Denimwalk 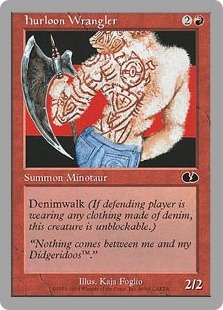 I remember i started playing back when Ice Age came out. i played off and on. I haven't played a card game in years though.

There is an awesome little card shop here where i live that sells/buys singles. the rares are so cheap. like $4-$12. highest i ever saw a single card go for was like around $18 for the UBER rare ones.

This is my favorite card from probably my favorite Set (Urza's Saga). i remember getting beat in ONE turn by this card.... before i even got to take my first turn. T_T so cheap lol 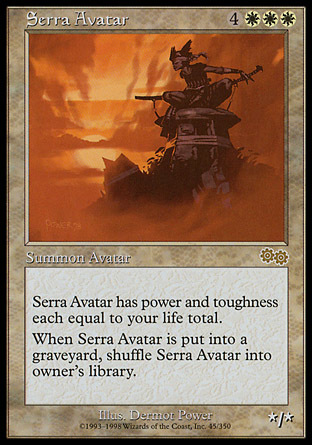 Ok now that is just way to OP.

But the Urza saga was great, I liked it a lot as well

I can't remember exactly what the guy used, but i know he used this card 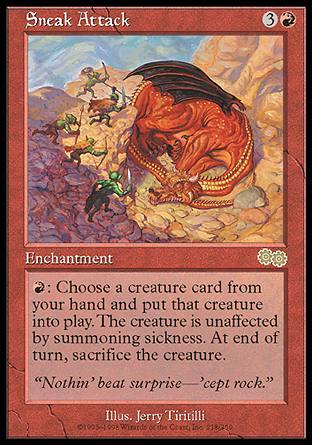 I don't really like to play for quick turn wins, or infinite combos, it takes the fun out of it. I like it when a game draws out for a little while.

Started during Legends an quit at Darksteel because fuck Archbound Ravager. 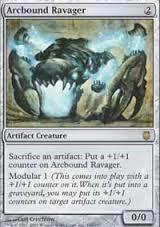