I will now attempt to describe what I did to get bluetooth working on Lubuntu 18.10 on this HP tablet (Disclaimer: i am by no means a linux expert but i do have a background in computer programming so take everything i mention i with a grain of salt.) 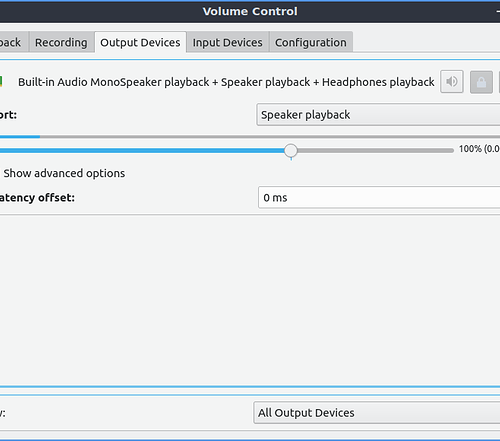 Currently the tablet has dual boot Windows 8.1 and Lubuntu installed, the goal being I delete the partition for Windows and go full 100% Linux. I would really like to get at a minimum the sound working for the HP tablet since I can get WiFi through a USB WiFi adapter. So I have done a pretty good amount of web searching and trying various things to get the sound working but to no avail.

I should be a little bit more specific when I say sound not working, when I open Configure “Volume Control” on Lubuntu all i see is the Dummy Output for Pulseaudio but for Alsa I see a bunch of different options from hw:1 - Speaker, hw:1 -Mono DAC, and many more… And even more specifically is that the headphone jack and internal speakers output no sound what so ever. BUT I can plug in a mini HDMI to a monitor or TV and audio does go out to the monitor’s or TV’s speakers and when I do this Pulseaudio no longer displays the Dummy Output of course. To summarize I have no sound on the headphone jack or internal speakers but plugging a mini HDM to a tv or monitor I have audio out.

What have I done so far in attempting to fix this?

Last night I attempted to fix the audio and it led me into this website https://thesofproject.github.io/latest/introduction/index.html which seemed to be overkill and may not even fix my problem. I tried to install the sof repo using docker but docker confused the hell out of me because I do not have much experience with docker.

Any assistance in this sound issue would really be awesome and if you want to see any output of specific terminal command lines let me know and I will get back to you! Thanks again!

Heya and welcome, it’s gonna be all downhill from here.

So you replaced the UCM files as described in https://github.com/plbossart/UCM/tree/master/bytcr-rt5640, did you have pulse audio volume control (pavucontrol) installed to check if your card was recognized?
It’s a broader tool for configuring audio devices than DE defaults.

Hey thanks for responding!
Yes thats correct, when I installed those UCM files (bytcr-rt5640) they warned me i was overrriding some other files from the package linux-firmware which I ended up having to force the overwrite, so they are certainly installed. pavucontrol is installed and up and running, under “Output Devices” I see the Dummy Output while Show is set “All Output Devices”.

I selected DIgital Stereo (HDMI) Output (unplugged) and now that appears in place of the Dummy Output. Neat stuff. Did you want me to screen grab or look at anything specifically?

So there’s no ‘analog stereo duplex’ or the like under the configuration tab?
In that case yeah your confs are still borked.

No worries, I will keep investigating!

The Linux sound system isn’t really my bag o’ donuts. But, I’m guessing that your tablet has a Broadcom WiFi chipset, which is the bane of many Mac and Dell folks trying to get WiFi running on their laptops. There are obviously exceptions, but many ISOs don’t seem to include the necessary Broadcom binary. And, if your tablet/laptop does not have an Ethernet port, it can be inconvenient to connect with your distribution’s repository, in order to secure the needed driver. If you are determined to use Debian, It may be possible to use another machine to snag the correct driver. It may also be possible to replace the inconvenient Broadcom WiFi hardware, if your BIOS doesn’t include a WiFi white list. Or you may choose to browse through some different distros to see if one includes a better selection of WiFi drivers in their ISO file.

Does this mean I can get the internal WiFi working as well? I am seeing some possible solutions when searching for rtl8723bs + Ubuntu

Wish I could help more, my trouble shooting skillls are “try next distro”

Only lite version I have experience with is LXLE because it worked on my old e machines 1300,

I was amazed how the light linux’s can really make old hardware useful and fun again, cool thread btw

Many of the Bay Trail/Cherry Trail era devices had myriad issues from the 32 bit boot loader to sound and networking issues when trying to get Linux going. I was fortunate that the desktop boards didn’t have such issues, so I don’t have first hand experience, but many people having issues ended up using Linuxium. Here is a page that should have a few options for you:

Hopefully something on that page can lead you to getting things working. I don’t really know anything about their ISO’s or the isorespin thing, other than remembering many people saying it was the only way to get everything working on similar devices. You could always ask for help in the comments. If you are still having trouble then you may want to either look for other sites where people have specifically gotten your tablet fully functioning, or sites supporting similar hardware like other Bay Trail tablets and TV sticks.

If that doesn’t work, I know guys over at liliputing.com and cnx-software.com have talked with the Linuxium guy in the past and they would be more knowledgeable about this than most people. I know at least on cnx that you can post on really old pages and still likely get a response. The comments section over there has a lot of smart and helpful people.

Realtek tends to be somewhat schizophrenic. Sometimes they support Linux with drivers and sometimes they don’t. It looks like some other folks have had some luck building a driver from source. This isn’t the friendliest introduction to Linux, but doable for someone who is patient and willing to learn.

I have gotten the Dummy Output to go away and it now detects the internal speaker/ headphone plug but it still does not output sound either playing a song on soundcloud.com or running the command speaker-test Please take a look at the updated information in my original post.

I added the “helpdesk” tag so it is easier to find by people actively helping on this forum.

@khaudio can you help in this situation ?

While @PhaseLockedLoop is writing, go ahead and re-check the different options in the advanced tab now that your outputs are recognized.

I can defintely hear a slight static pop when switching from speaker playback to headphone playback. I think I am close

There’s different audio modes under the advanced tab, if you have a faulty setting you won’t get audio, but if it’s still silent after testing every option then wait for a more advanced reply

First off welcome to the community! thanks for stopping in

as for your issue. I realize your running with Ubuntu. Im going to post my response to this on the exact same issue on red hat based distros then we can adapt it below this post

Now we need to migrate this from fedora to ubuntu lets do it. The directions will likely be quite different so I may have missed it butWhich version of ubuntu are you running. That is where we will start

better yet run sudo apt install neofetch … install it… run it… paste it here… Should be similar to :

Im working on finding the ubuntu UCM port for alsa lib right now. Essentially we just need to do that. I am assuming no linux experience or some?

EDIT: Seems I miscalculated your linux experience. Okay Lubuntu 18.10 Ill have to look if the version of alsa in there is working out of box and is just a matter of conf or not

so maybe we are past the fedora specific directions. read through those and see if you can make the same modifications on ubuntu… I think this issue is fixed in 19.04 I could be wrong

Wil do, thanks I will read through it and update everyone on what happens.