Looking for 2x2 Audio Interfaces (and getting confused by it)

I want to improve my audio situation.
Down the line I want to get a propper mic to replace my USB one, so 48V phantom power is a must. Output wise, I just need low latency and good quality. 2x4 would be really nice. Balanced or unbalanced output from the interface does not matter as my mixer can take both.
USB powered or with external power brick does not matter either.
Why two inputs? Because knowing me, I will regret it should I go with only one.
Why not a preamp and then go to line-level in on your PC? Because my onboard audio is meh-quality.
What OS? Win7 and Fedora29

I have been looking at the Midiplus Studio 4 and Presonus Studio 24c, not sure if one is the better choice than the other.

Been really enjoying the FocusRite Scarlett Solo (2nd gen) it is 2 in and USB powered. It has phantom power too. I got the solo second d had for €70 and runs new for around your budget.

They also do a 2i2, for 2 in 2 out, it is how their naming scheme works, the solo is just a bit smaller and less featured so.maybe something like the 2i2 is better suited.

I have no idea about its Linux drivers but on win10 for me it is great with asio4all into ableton for my bass.

A friend of mine had good things to say about his Solo too. Might have to ask him if I can borrow it.
IIRC @anon25377527 had (or still has) a strange buzzing with his.

Havent ever actually heard or recorded my XLR mic so I dont know if it has noise or not, I doubt, and suspect that its just guitar issue

I’ve got my hands recently on a 2i2 second gen and works great. The 48V phantom power it’s pretty good and doesen’t exibit much noise at all (I’m powering a DI box for my guitar). Recommended for sure.

The headphone-amps in the 2gen are noticeably stronger then those of the first gen. I had a 6i6 gen 1 before that, which has wider linux support and is a lot cheaper. Sub 100$ used.

I had a few problems, but those were caused by a wonky usb cable.

Yamaha AG 03 is $150 US and comes with free copy of cubase. It is USB powered. I love mine. They also have an AG06 which is $200. What is great it has USB loopback. Just download the USB driver on the Yamaha website.

The AG06 is in my price range (150€). It beeing in mixer format is kind of a problem as I have very limited desk space.

I would very much prefer something like the Focusrite Scarlett 2i2 or Presonus Studio 24c just because of form factor.

I have used Mackie Blackjack with laptop for a mobile setup a few times
I chose it over the Focusrite Scarlett for smaller form factor and it has more power in the preamps, which I need for dynamic microphones

but if i was needing a new interface I would want to try out Tascam or Roland gear
or Audient if the pockets were deeper!

Right now, I am torn between the Presonus Studio 24c and the Focusrite Scarlett 2i2 2ndGen. Hmm…

And 2 inputs is now a requirement since I was asked to help in recording vinyls.

the steinberg UR22 works very well in linux.

I’ve found it to be consistently good with reaper, audacity, and harrison mixbus

It does include phantom power, but I’ve found having your own directbox with phantom power is much better anyways as you can get a better signal (more expensive though)

edit, they are discontinued. . . yet here is info: 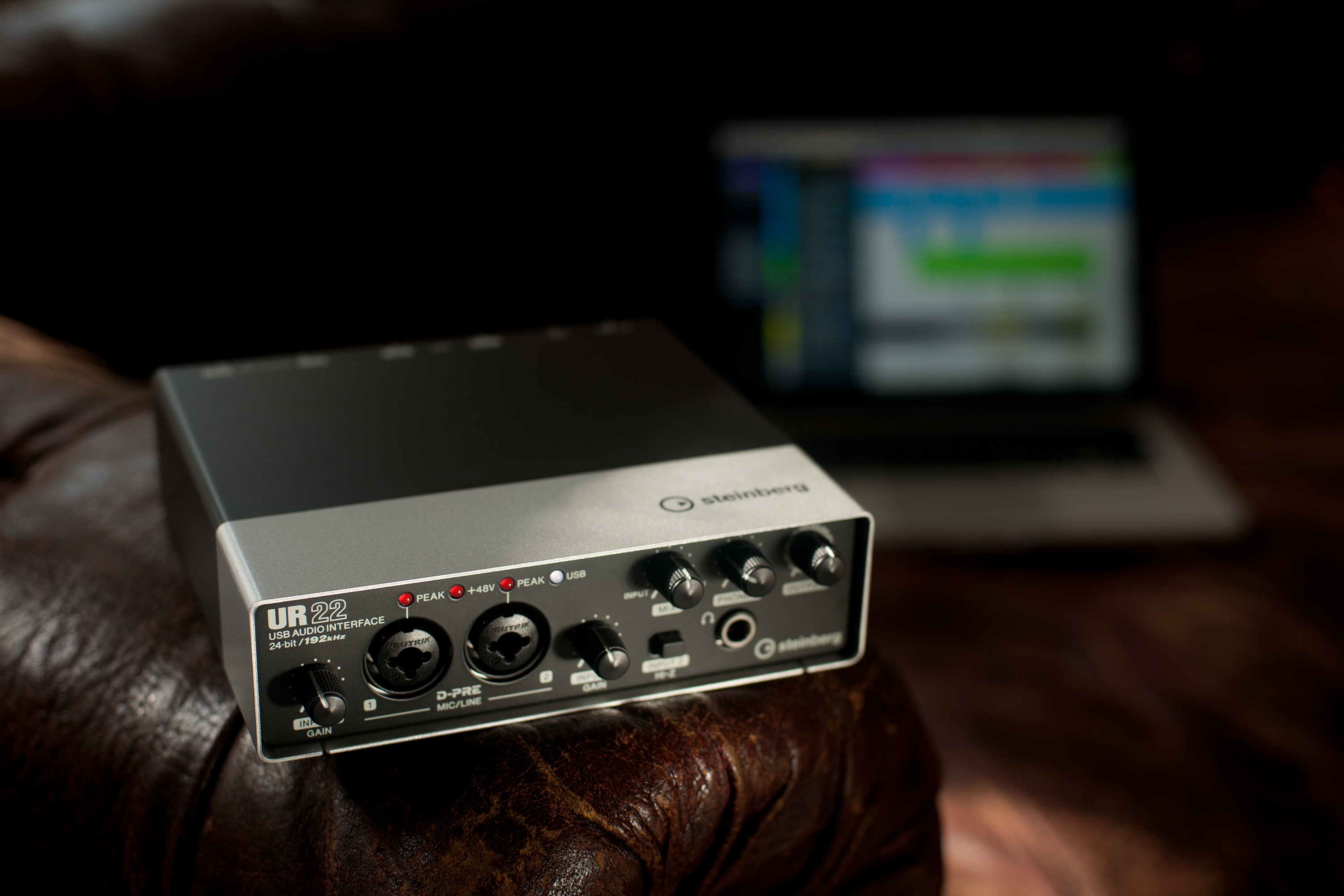 UR22 — Leading in its class

Steinberg sometimes hides the phantom power switch in the back.

edit, they are discontinued

There is an MK2 available.

Steinberg sometimes hides the phantom power switch in the back.

yes, I updated after remembering. I use this but I forget about the phantom power as I use a preamp in front of my keyboards, guitars etc anyways

Tested the Scarlett Solo 1st gen a friend lend me. Not too impressed with it actually. Had a wierd hum that was surprisingly not a ground loop (as checked by attaching my headphones directly to the front headphone out).
This kind of soured Focusrite for me.

So now the question is:

Drivers are iffy though.
Under both Win7 and Win10, they needed a reinstall before coming to life.
Under Win10, it works at the rated 24bit 192kHz, input and output.
Under Win7, input works, output stutters every few seconds.

I will give it a try under Fedora, after that it is back in the box and return.

If you browse various musician forums you’ll find Presonus products are better off using the opensource software Jack to “properly work on Windows” or it’ll suffer weird latency issues & should be frequently checked for updates as sometimes Windows updates can revert to WHQL audio drivers(had it happen on Windows 8.1/8.1 before Win10 launched). When it comes to Fedora you’ll want to use the Jam spin or install the low latency kernel if you hadn’t done it.

I guess that is the sort of info people like me will only find after purchasing.

If you use any audio interface on Windows it’ll work better with Jack.

I’m quite sure that is the site, generally when I use Linux for recording it was either Fedora Jam Spin or Ubuntu Studio which had it as default–I avoid using Windows for audio if I’m on a PC and can quickly dual boot back to Linux.

What kind of magic fuckery is this?

Got the thing out of the box for “one final test”, redownloaded drivers (cause I was ready to send it back). Now it works?! DAFUQ?
Same cables, same connections, same everything (I think).

And it does not work anymore… Definetly sending it back.
For 150€, shit either works or gives me the feeling it will be fixed in two weeks, this thing (and PreSonus) do not give me the impression either will happen.