Have you tried looking at Massdrop? They...


Ignore what I said, I looked up the Astros mix...


Idk how the Astros mix amp works but I use a...


I would recommend the Belkin Rockstar. I haven't...


I am having trouble finding out what to use and...


This is a companion discussion topic for the original entry at https://teksyndicate.com/videos/logans-rig-whats-my-current-pc-why-2015
Zavar August 17, 2015, 8:55pm #2

@Logan Do you have any feedback on the Sandisk Extreme Pro SSD's? I am going to be buying a large SSD soon and it had good reviews and a nice price. Torn between it and the Corsair you used in your build.

We are still that important to them... kinda sad.

cool rig. I like it. @Logan You seem to like the Phison controllers a lot. Any comparison to the ones Samsung built? I'm still on an 830 and besides the sequential speeds I haven't found anything worthwhile to exchange it with.

I love the hardware choices bro, really close to mine (even though I am still waiting on 4 more parts to arrive to start building-.-).

Anyway, how is it you find the difference in temps with the radiator in front?
Asking cause I am contemplating still....if, or if not, I will choose the same path in my build. 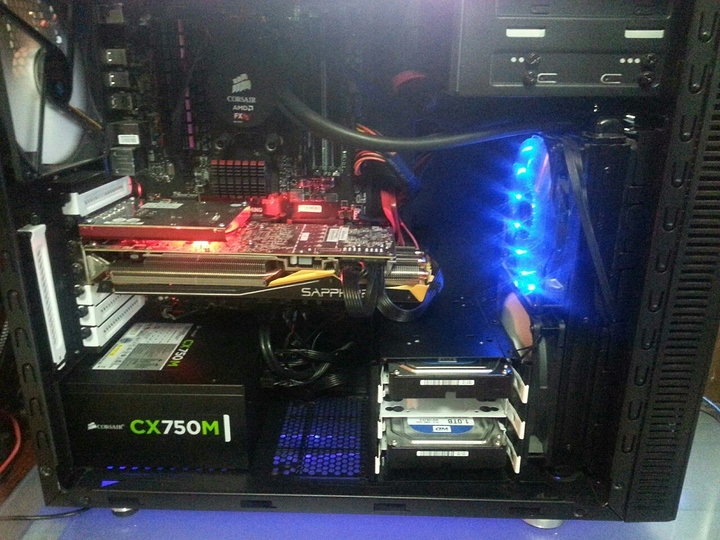 Splendiferous computer-build Logan :) I need to be thinking of a similar concept-build to run programmes like 'SketchUp' (which tend to be resource-hungry) 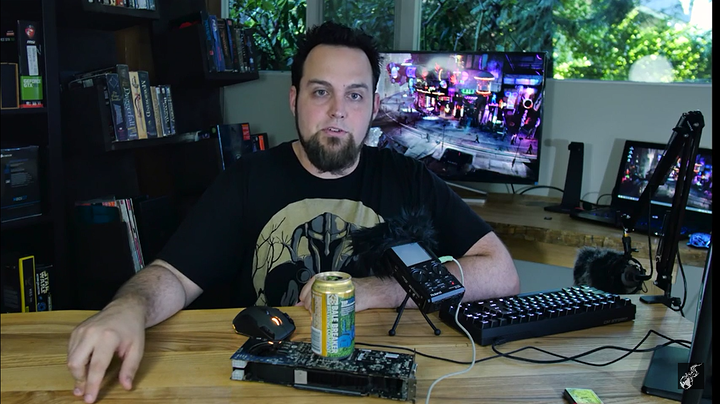 My upcomming motherboard will be most likely a Asrock X99 board aswell.

you mean, since they fired barnacles, that why the secuirity updates suck, why didn't you mention mr. berg when you mentioned the old job to not mention. haha

Very similar to what I'm building soon, with a 5820k instead of the 5960x. Going for an NZXT S340 though, the size piqued my interest, as well as the price. The board, I was debating between everything that ASRock has, or an MSI MPower for a little less with comparable feature set. The first piece of this whole puzzle though, was getting a modern high end video card, got the Fury, and mighty impressed with it.

is that topcutter? never hadit.. i know when you type [> ip a] in the command line you look at your watch or maybe the fridge.. who am i to judge, no one.... i'm stuck on regular nb imperial ipa rampants here ... they brew it in asheville... highlands are also good; they have been doing it for years, otherwise it's a wasteland here in enc. but the ocean is 90 minutes... so okay!!

no idea... were you an asshole ever? lol.

I guess. You said you didn't want to leave switzerland, and, I said "Wahh, i have to do the tek". Didn't mean to be an asshole, so if i came off as one, i'm sorry.

If you don't mind me asking, have you considered using Debian for your Linux Distro OS instead of Ubuntu? The reason for asking about that is because Debian is the base OS for Ubuntu (I'm sure you're aware of that); and if you had any issues or concerns using Debian, you'd be able to get some great help from both Wendell and Qain, not to mention the Debian community.

I'm planning to use Debian personally as my first true venture into Linux (I had Ubuntu about 3 years ago, but I wasn't willing to learn about Linux at that time, but I am very eager to learn it now).

Because I still edit with Premiere and I ain't putting Windows 10 on my main rig until I'm sure it's locked down and ALL the drivers work well.

I'm going to switch over the Mint soon. I didn't go for Debian because I don't have much time. I figured Ubuntu or Mint would be better for me in that case.