This is a fairly short one, I hope though still useful and discussive. :)

Dell Has Sold Tens of Millions of Dollars of Sputnik Hardware 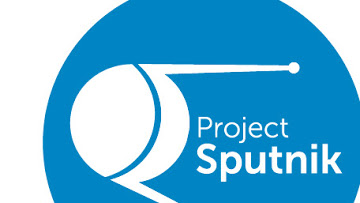 Dell's Sputnik project, a project which brought us the Dell Developer Edition Linux laptops has made tens of millions of dollars since its inception 5 years ago. I think this is just another tick in the box that Linux for the end user can and is a profitable business.

You can learn more about it all in an interview with Barton George by Bryan Lunduke:

Dell recently updated their XPS 13 (sputnik) developer edition at the end of 2016 and is probably a decent place to start looking for a Linux based laptop (where your money counts as a Linux sale xD). The XPS line isn't he only sputnik laptops out there though, the slightly out of date https://dell.com/developer site lists some of the other Linux based laptops they have to offer.

Most interesting is possibly the short note of LibreOffice Online. A (for now) basic collaborative editing platform for editing documents online.

There's a docker image here if you want to try it out.

KDE have released Plasma 5.9, yay! As with their usual style, this has a massive list of improvements and bug fixes along with new functionality and ease of use changes. You can see the whole list here.

The release video sums up nicely the most notable features and changes in this release.

Look out for MESA 17 and Linux 4.10 if your an AMD GPU owner. I could probably say this every time there's a release, because its basically true. Improvements, fixes, better support for older cards, better performance.

@SgtAwesomesauce is continuing his The Pragmatic Neckbeard series. This instalment covering KVM and libvirt.

Intro In this installation, it's all QEMU, libvirt and KVM. It's been a long wait and I really do hope it's been worth it. This is the part where I'm actually going to guide you through working with libvirt, using virt-manager for most of our work. This can be done by anyone because it's so simple. Software requirements Before we get into the conceptual discussion, I'm going to be outlining a bit of the software that we're going to need to follow this guide. libvirt and virt-manager (usually found as libvirt and virt-manager in your package manager) QEMU (usually found as qemu in your package manager) fedora-packaged virtio drivers, an ISO which is obtainable at this link. I normally download the latest variant, because I've had better results, but you should be okay with either. OVMF, this is your UEFI firmware that the VM is going to run. Some distributions have it as a package, search your package manager for ovmf or edk2 to see if you have it. If not, you're going to have to extract an RPM for it. The binary files don't require any libraries, as they're firmware. Moving on, you're going to need to do some configuration so that libvirt can find the OVMF images that we installed. This will be discussed in a later section. Conceptual Discussion Alright, this one's going to be a lot shorter than the previous since there's not quite as much to cover here. The tricky part is the implementation. First up is KVM, the Kernel-based Virtual Machine. It's feature of the Linux kernel that allows you to get near-native performance on same-architecture virtualization. Your hardware must have virtualization extensions (Intel VT or AMD-V) to take full advantage of KVM. That said, you can't use KVM directly. KVM is more of an ABI (application binary interface) that exposes system calls than a user-executable program. That's where QEMU (Quick Emulator) comes in. QEMU is software that emulates CPU's by translating binary instructions and …

@SolitaryOwlet did a good speech on Linux and is looking for feedback.

Gave a small speech on Linux, would love some feedback! Linux

Here's the video. But my main question is, should I turn this sort of thing into a YouTube channel? Sort of a "Linux and Open-Source for noobs" thing. I really want to spread the message because I truly believe in the power of Linux and Open-Source software and prefer this ideology. Some basic topics that I would cover: What is Open-Source software? Why Open-Source software? What is the Linux Kernel? Linux in the wild And I'd even appreciate some topic suggestions! I've got a basic camera setup (720p video DSLR) and some basic video editing skills. And I know this is a longshot, but hell, I would love to produce some basic Linux content for Level1Techs! Sorry if my post is a little scatterbrained.

If your taking part in the 1 Year Linux Challange look out for a new topic from me about it.

The Level1 Techs Linux channel has rebooted, and @wendell is starting to kick off more content. Remember to subscribe to it if you've not already.

I am pretty sure KDE squashed more bugs in this release then a nuclear warhead could.

That KDE Plasma 5.9 is looking rather nice, might need to try it for my next desktop, when I am done with Gnome

I was thinking of trying it out for a while and see how it fairs again. I've been on GNOME 3 for a while.

I'm also eyeing up an XPS as my laptops replacement..

do you know if XPS is light weight, like Openbox? I have an Atom netbook and Core 2 Duo Laptop that I use, I would love something more than Openbox.

Their "aimed at developers" but meant to be light weight (literally). i7s 8/16gb ram, etc. They come with a similar price though £1500~ There's 3 developer edition XPS 13s I think.

oh, thought it was just a DE like openbox... but these look nice, going to drool over these now, I will also put them on the list of laptops I might buy

Check out their site in the new bit above. These a few. The XPS was the first. Comes with Ubuntu installed. But Dell have been pushing code upstream, including firmware updates to fwupd which comes with Fedora (and is available on basically any Linux OS)

Wow, thanks so much for including my speech in there :D

I try to put in a few community things that people have done when i do one of these. :D

In terms of putting Linux on it, Dell's Inspiron machines are quite solid and I haven't had any issues with my bunch. I think it'd be nice to see some of these come with Linux (developer edition) type configurations, making it easier for those with a smaller budget or lack of a need for that 'rank' of hardware. Hell, even an N3050 processor which is commonly used in Chromebooks runs Ubuntu like a champ. It's nice to see a profit in the Sputnik line though, as it does show progress for Linux overall. I'm waiting for "Dell recommends using Ubuntu"

My buddy has an XPS 13. It's a nice machine. I can't say I could justify the price to myself as a personal expenditure, but I'm a skinflint.

That was my reasoning going for an Inspiron. I could get an array of machines for our group without cleaning out my bank.