What hardware will allow (without proprietary drivers) 144hz and/or 240hz on the desktop (in applications in general) on Linux? Many of the 144hz+ displays reviewed require drivers, it seems.
Thanks!

Displays don’t require drivers. I am running my Asus overclocked at 165 and even that just works.

I may have been mislead by some of the reviews… Have you done any testing to see if you’re getting 165fps in various apps?

Like what, like filebrowser and stuff? Applications, for the most part, have no say in at what refreshrate they are being rendered.

What exactly are you referring to?
Can you describe the issue that you have?
Also can you give hardware and software specs of what’s being in use on your side?

So long as you aren’t running mixed refresh rates on multiple monitors it seems to work ok on KDE from my testing. Gnome and other gtk based things have problems with higher refresh in my experience. I haven’t done much testing beyond those options to know what else might or might not work.

If you run other monitors at lower refresh then it’s a bear to get that working and I would basically say don’t bother trying.

Screen tearing kinda defeats the purpose. It’s not a workable solution to me.

Have either of you tried frame rate tests like: 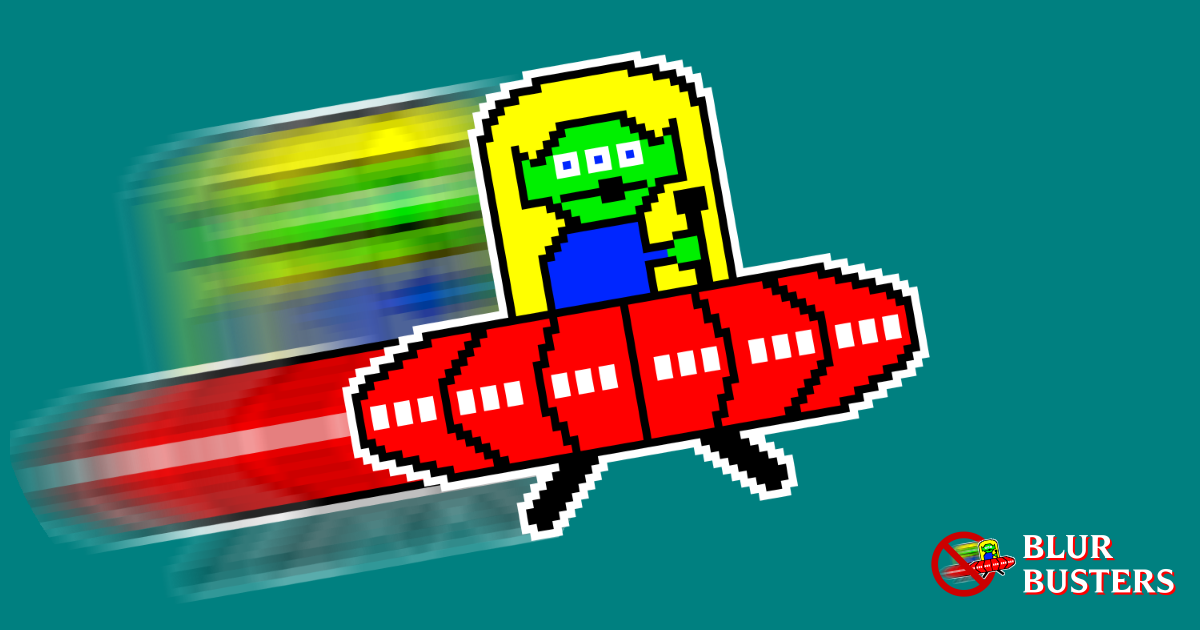 Have either of you tried frame rate tests like

Also, what distro and desktop environment are you running?

To verify, of course.

I don’t think distro should matter, but I run Arch w/ lightweight DEs… One reason I’m asking is when looking at 144hz & 240hz display reviews on YouTube - many of them show you how to enable the higher refresh rate using some Windows software coupled with the display or GPU…

Verify? Like that it’s actually running faster than 60? You don’t need a website for that, just drag a window around.

Yes, that’s how I was verifying I was getting the full rate. In my case the browser had a hard time getting to the same rates as windows.

Interesting… So there are some Windows drivers allowing for higher refresh rates - but are they GPU-specific drivers doing that?

Not quite. The difference is mainly in the browser. Across the board browsers in Linux are slower except for Firefox.

So there are some Windows drivers allowing for higher refresh rates

What makes you think that? With link if possible.

Do you mean adding a custom resolution with AMD/Nvidia drivers? You can do that with xrandr on Linux.

I run mixed refresh rates on my Linux Mint box and it kinda just works™. CRT running at 100 Hz coexists with my 144 Hz LCD monitor; no tearing or other glitches that I’ve noticed. I used to have a 60 Hz LCD instead, that worked fine too.

The UFO tests don’t really work on Linux since Vsync isn’t supported in web browsers, apparently. I think that’s a Firefox/browser issue, not the drivers. So it’s microstutter galore, but still no tearing I can see.

I have an AMD card on the older drivers (not AMDGPU), Cinnamon DE, Mutter/Muffin WM. It’s a normal multihead setup (I can drag windows from one monitor to the other, they aren’t independent). Lmk if you want me to test anything specific.

Sad that in apps like browsers we get a smoother experience in KVM + Windows than on the Linux host!

Who gives a shit? It’s a browser.

It is not a specific one is better than the other because they are missing something. In General various Linux distros just wanted things to work acceptably first and work on the fancy stuff later so that may be why it is not always as fast as long as it works.

Like they would all do 60hz, and likely they all do whatever refresh rate you want just that it was not the primary focus to make sure they work at those high refresh rates because for a desktop it is largely irrelevant.

High refresh rates monitors are almost exclusively driven by games and up until recently that has not been a focus for Linux developers. Or to put it another way you don’t need 144/240hz for a command line.

All that said it should work fine today. There may be exceptions but where it matters it will work or there will be an alternative option that will support it.

I do, which is why I use chrome on Linux because 240hz works.