Level1 Philosophicum: [What is "technological progress" and is it a net positive for all?]

This is the 2nd philosophicum thread. You have voted and the topic we are discussing this month is:

What is "technological progress" and is it a net positive for all?

Like last time, please use the philosophical methods in this thread wherever possible: questioning, critical discussion, rational argument, and systematic presentation.

Especially I want to encourage everyone to be as precise with their definitions and reasoning as possible and to be clear what questions and statements you are refering to in a reply. But also important, have fun with the discussion.

We are still in the process of developing the format of the “Philosophicum” and I know we especially have to improve the voting process and I already got some suggestions from you all. If you have any further suggestions, please post them here.

p.s. I will probably edit this a bit later, still recovering from a cold.

Technology:
The application of scientific knowledge for practical purposes, especially in industry.

I could say that scientific knowledge still applies to progress in inventions and discoveries before the scientific method.

is it a net positive for all

We made fire to cook food and keep warm, so: Yes.

Everything else is just an iteration on previous technological progress.

I think the interesting question that arises is when does technological progress not become a net positive for all?

In fiction we have the extreme case of Skynet where technology turns and destroys us. We also have the other extreme of technological failure where we become so reliant on it that when/if that technology fails we die with it.

Two very good points! This should definitely be part of the discussion.

when does technological progress not become a net positive for all?

It think IoT products, smart homes etc does not have a positive effect, but rather contributes to make humans more docile.

Aye, but what if making humans more docile ends up being a “net positive”?
In the extreme, is it worth living in a totalitarian state if the average human is “better off”?

More to the point, how are we defining “net positive for all”, does this put any value on free speech/thought and individual rights?

@FrogE I’d say the easy answer for when it’s not a net positive is when it amplifies the destructive power of leaders/dictators/people in general.

A person can only do so much damage with their bare hands before a crowd/society will subdue him or her. Technology amplifies the damage one bad egg can do:

You can see militaries try to counteract this through complex systems that require the input of multiple people (turn both keys simultaneously, presidential secret codes) but at the end of the day, these are complicating measures that are bolted onto the technology. The simplest implementation is always magnifying the power of the individual.

Now as I began, “net positive” could be defined in questionable ways, but any definition would probably exclude mass death - and the centralisation of power that technology (in my opinion) inherently provides, increases the potential for many to die at the hands of one.

Edit: Arguably if you include written communication or “society” as a technology, you could say that these too have the potential to magnify the power of certain individuals, and therefore cause “net negatives” in a similar way.

That said, centralising power lets you organise more efficiently, but you should really be heavily and competently auditing those who you put in charge; otherwise your centralisation could be simply concentrating your “net negatives” rather than diminishing them.

It think IoT products, smart homes etc does not have a positive effect

smart home type devices can be useful to deter criminals.

I think the problem with “smart home” and “IoT” is, that people refer to a vast variety of different devices and functionality. But I agree that some of the functionality can be used to that end and therefore are not inherently negative.

Aye, but what if making humans more docile ends up being a “net positive”?
In the extreme, is it worth living in a totalitarian state if the average human is “better off”?

More to the point, how are we defining “net positive for all”

This is going to be a hard nut to crack. I need to think about this.

how are we defining “net positive for all”,

How healthy the population is imho.

In the extreme, is it worth living in a totalitarian state if the average human is “better off”?

It’s not that easy.

I think it is.

Most things come back to how healthy we are; happiness, physical capabilities etc.

Would you classify a society where most people are perfectly happy but heavily restricted in their expression and action as a positive outcome?

(Let’s set aside for a moment the question if this is possible or not) On a side note: Have you ever read “A brave new world”?

I don’t think this is realistic, the two go hand in hand.
Countries where personal freedom is high are often the happiest too. 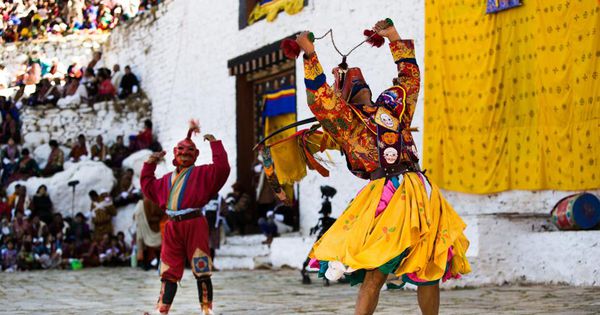 Ranked: The 10 Happiest Countries In The World In 2018

We’re all looking for a little joy in the countries we travel to. The results of this year’s World Happiness Report are in and we have a new country taking the top spot. 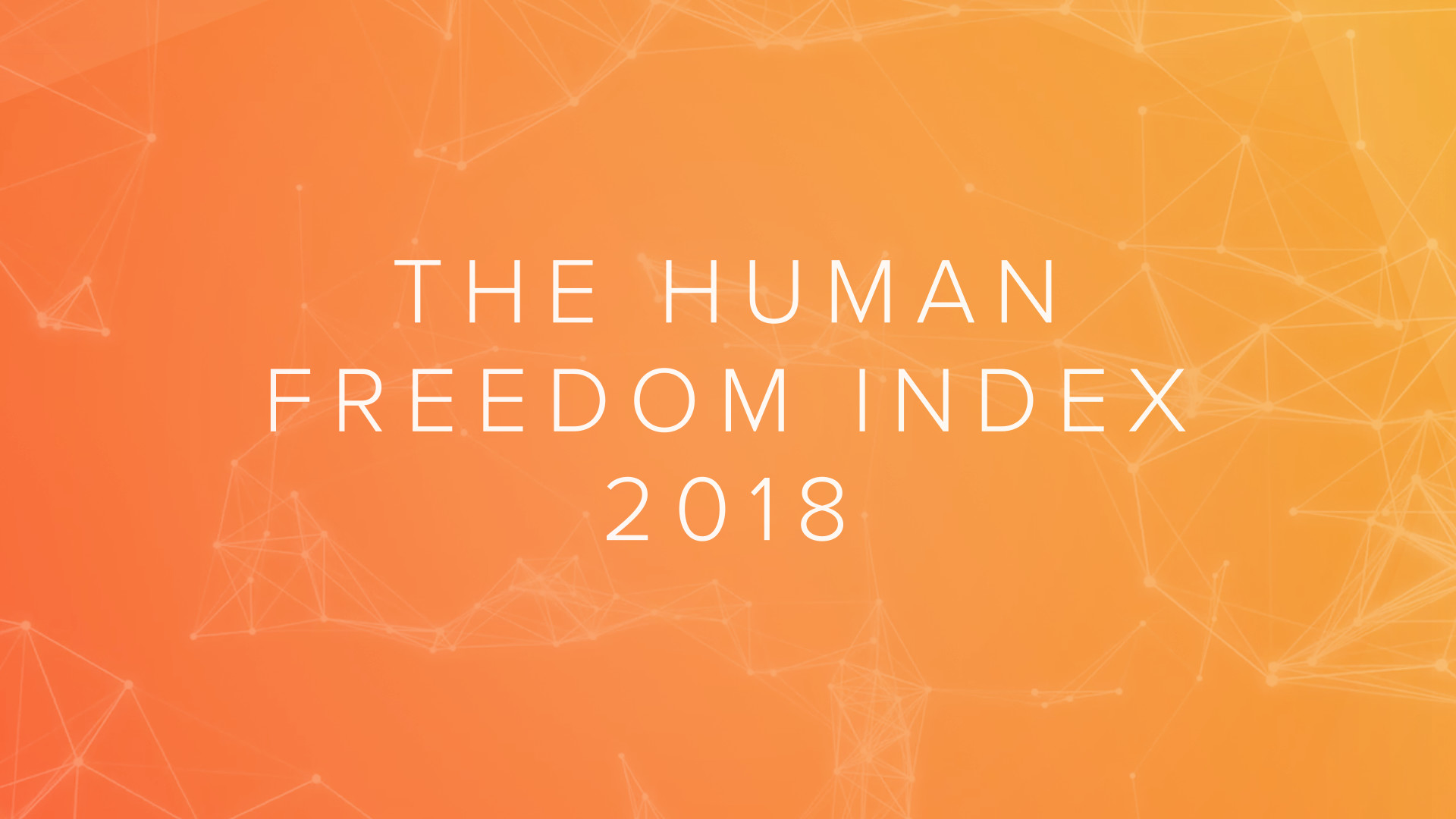 The Human Freedom Index presents the state of human freedom in the world based on a broad measure that encompasses personal, civil, and economic freedom. Human freedom is a social concept that recognizes the dignity of individuals and is defined here...

When speaking of net positives I assume we are talking about net positive for humans.
So I don’t see the point in discussing a what if scenario that research would indicate isn’t realistic based on human psychology.

On a side note: Have you ever read “A brave new world”?

I agree, but it does not necessarily have to be that way. We have no way to guarantee that this is impossible via technological means.
This is kind of the premise of “Brave new world”, it’s in the same alley as 1984.

For this discussion let’s just add the requirement of “reasonable freedom of expression and action” for a positive outcome for humanity. It seems like we agree that this is a positive thing and this way we don’t have to make a big assumption.

Okay, so here is my take on this Question and taking it apart since there are sub-questions embedded within.

What is “technological progress” and is it a net positive for all?

First, we need to split up technological progress into what we actually mean by that:

Obviously we don’t actually mean, that “a net positive for all” equals
pure benefits without any sort of disadvantage for literally all 7 billion people on
this floating rock thing in space. That’s bullshit.

What we can say tho is: The Tech we came up with made life significantly better for the population that
has access to it and this number grows exponentially for the last couple of years, hence “for all”.

So let’s pick it apart:

So to summarise a little bit to get the “old” outta the way so we can go forward to the actual problems that we have no in our time:

Ancient and Infrastructure “Tech” has enabled us to move forward as civilisation in the regard, that we (as the west) consider places where our “standards”
(meaning “How we defined and expect and are used to live with our kind of Infrastructure”) is not met as uncivilised or backwards or just “I don’t wanna live there!”
which may sound harsh but actually reveals our intrinsic need to strive forward to exceed our limitations towards a prosperous future.

So in a way the progress we as mankind made has shaped us to progress further and strive towards even better tech to enable us even more.

That those people who are not fortunate enough to participate in that endeavour share some resentment is understandable but those people are also getting the benefits
of the movement forward, maybe a generation later but nonetheless, even as passive beneficiaries their standard of living increases with time.

Thats that for my first thought of this matter.

A very interesting approach. I have to think about that.

My take on breaking down the phrase “technological progress” is rather to separate scientific progress from engineering implementations.

For a long time it was my strong opinion that scientific progress inherently can only be positive as long as the process of researching is non invasive and that it’s the implementation that makes something good or bad for humanity. I am aware that this is a dangerous path to tread, especially since I am technically a researcher and this would free me from significant moral burden.