A while back, I posted in the lounge asking if my ribbon cable from the display was broken on my Lenovo Thinkpad E570.

I thought I had solved the issue after disassembling everything except the display, but the issue persisted.

After a month or so I figured out I could get the display to stop flickering if I applied pressure along the bottom bezel.

This evolved into the following creative solution

A fork! it isn’t stupid if it works! Also I needed my laptop to work for web calls 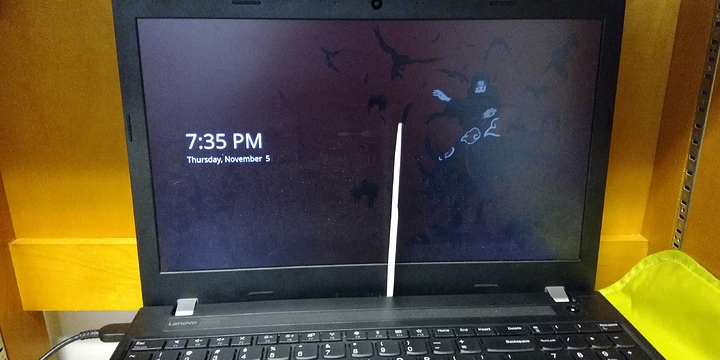 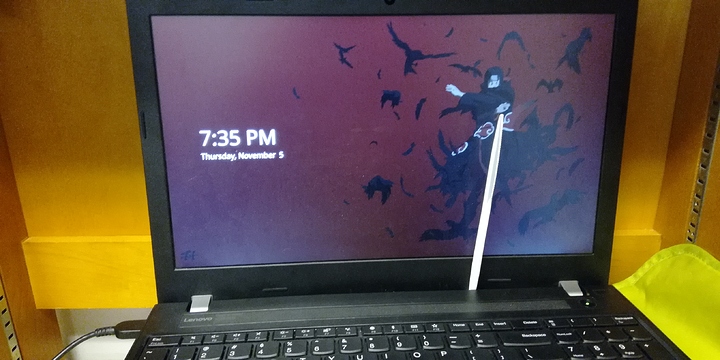 When I remove the fork, the issue comes back 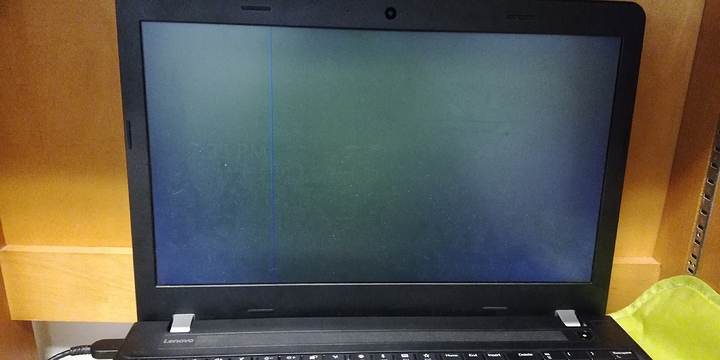 Tearing it apart and investigating

After finishing up for the day, I decided to look up how to take apart the display assembly.

I followed this guide for taking the bezel off. 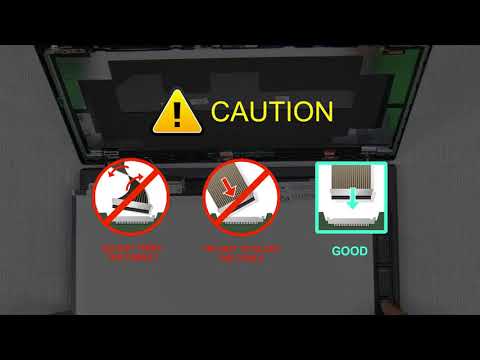 I wasn’t prepared to take the display out. I just wanted to investigate my hypothesis of the display cable causing issues

From my earlier attempts with the fork, I was testing to see if the shiny brown cable was the cause 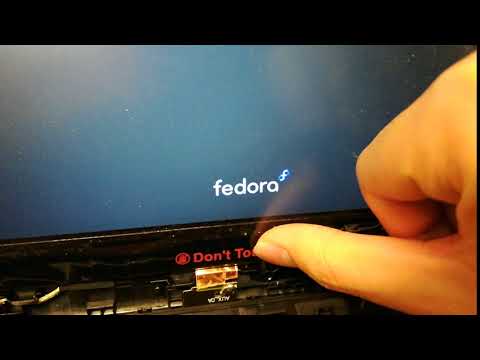 This is the process figuring out how far from the center I needed to be to get the display working. I was trying to figure out if it was something else along the display 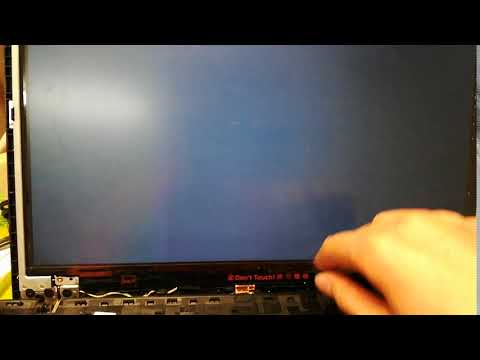 My gut is saying the cable to the display might be broken, as the panel seems fine. The issue is trying to figure out if it’s a issue with the cable, the 30 pin connector, or the display.

For now I think I will continue with the knife solution. When that fails or if I get more time, I will reseat the 30 pin connector next. I am not in dire need of a new laptop, so I will hold off on buying a new display.

I am glad I bought this laptop a long time ago, it is easier to take apart than a ipad (where everything is glued in). I am really in no rush to upgrade, after all I have a desktop, so my laptop is just for video calls.

Convince me from buying a Lenovo E570 Mobile Tech

I am getting a lenovo E570 Thinkpad, with a i7, 16 gb ram, 256 ssd, gtx 950M for $564.85 before tax. My Lenovo B575 had issues with the sata connection (refusing to boot to the OS giving me a PXE Media Test Failure) so I am going to replace it with this. I couldn't find any reviews on laptop aside from the posts on the Reddit thread and the re…