I decided build a new PC since I’ll be moving soon and I’ve always wanted an ITX build.

The thing I’m questioning the most is what case to get… the cooler it looks the better.
The CPU cooler and PSU decision also depends on that.
For now I’m thinking:
http://www.phanteks.com/Evolv-Shift2.html
(to me that case is really cool)

The question with the case I like so far is if my GPU would fit, it’s an ASUS air-cooled ROG Vega 64, and what CPU cooler would I choose to pair.

I’m going to travel with this thing at least once a year by plane so a metal cube would be more brittle in my imagination - that’s why I like the more rounded aluminum case.

The case should fit your card. 150mm tall, 335mm long, 59mm thicc is the specifications for the Evolv Shift 2.

Here’s the detailed spec sheet for the case: https://phanteks.com/assets/manuals/Shift2-manual.pdf

Thank you for the reply, I think so too. Still have a week to finalize my decision

From what I can tell, the Noctua NH-L9x65 is a solid choice. That case has an odd 85mm of space. Basically this means an ultra-low-profile cooler would be wasting usable space, and a full-size cooler won’t fit.

Regarding RAM, I don’t have a particular recommendation, but I would just snag something that’s on the motherboards QVL.

There would be also the Louqe Raw S1 as a vertical option. Alternatively, you can go the NFC route and just build a unique open case from scratch

Depends on where you live, and what suits you the best. I assume this is your GPU card: ROG-STRIX-RXVEGA64-O8G-GAMING | ROG Strix | Gaming Graphics Cards｜ROG - Republic of Gamers｜ROG USA

Honorable mentions: Kolink Satellite is a cheap case that works well if you are not gunning for the absolute best performance crown. Your GPU length makes this a bust though.

I am also a fan of the U.K. based Lazer3D cases, though I think they are too minimalistic for your GPU length.

Your CPU cooler choice will be directly dependent on your case, you want the most performant one you can fit into the case.

Lastly, may I suggest the Asrock B550 Phantom Gaming-ITX/ax over it’s bigger brother? For $50 less, you get one more m.2 slot, USB C, Bluetooth 5.1, 2.5 GBit Ethernet and passively cooled chipset.

I’d recommend the Sliger S610 or S620 depending on the dimensions of your video card. These cases are fairly expensive but offer a solidly built ‘traditional configuration’ with ample airflow. They are compatible with a wide variety of air and AIO cooling options as well. Both cases do require an SFX power supply. I’d recommend the Corsair SF600 Platinum for your build. The gold version of that PSU is too loud in my experience.

For RAM, I’ve been very happy with the Corsair Vengeance LPX series, but they seem to have crept up significantly in price.

For the CPU cooler, the Noctua NH-D9L will work well in this build. If you like headaches, you could go with the NH-C14S for a little more cooling headroom (this is what I used in my S610 build). The S620 opens up more cooling options with its increased width.

You can check GPU, Air Cooling, and AIO fit in the Sliger Compatibility Guide, though is does appear that your current GPU will fit in either option.

Thank you for the recommendation,
that case actually looks nice, actually has a Gen 4 riser cable and has a carrying handle, so it was designed with travelling in mind which is very important in my case. I’ll be looking at reviews and builds with it online

Thank you for putting so much work into this, I feel I’ve put less thought into the whole build now

Thank you for the recommendations and I do think you have a point - I could just buy the parts I need to run the computer and then get the case I decide on.

The Lazer3D cases were a great recommendation and I feel one may be included in a future father in law build.

I compared the B550 and X570 and I still think I’m going to go with the X570 because of the thunderbolt, I have planned out a desk dock for it alreadu, but wish there was a revision on the x570 to bring the new features the newer mobo has. One m.2 slot is still fine as I do have 10TB external drives so don’t need to carry everything in this small computer. The 2.5Gig is a benefit but I’ll be using the lan on the TB dock itself.

Thank you for the recommendation, do you have a link to your build by chance?
I would be considering something like the 620 if I was planning on getting an R9 5900X instead of the 5600X, the LQ cooler options are much better.

Looks like you’ve got a lot of good suggestions for a chassis so I won’t throw another into the ring.

That said, I notice a lot of attention going to cooling the CPU. Having had the 5600X myself for a few months now I can say it really doesn’t matter too much what you choose. You can use a Wraith MAX/Prism on this thing and get exactly the same 79-82C sustained temps without throttling as a chunky 140mm tower. You also can still push a slightly aggressive 4.75-4.85 PBO curve and stay under 85C. What you really want to spend more time on is airflow planning for the GPU as it’ll be the determining factor for CPU cooling inside a SFF build. Vega dumps a lot of wattage back into the case and keeping it channeled away from the CPU will help much more than just bolting more metal onto the chip.

I’d recommend the Corsair SF600 Platinum for your build.

I used one of these for a little under a year before the AC converter circuit popped. They have a known defect when running in warmer and higher humidity environments, so if OP chooses this PSU make double sure it’s getting as much dry cold air as it possibly can. Also check the lot code on the serial number to ensure it’s not a unit that was part of the recall for said failure. Had no complaints about it while it worked; definitely powered the PC.

Thank you for the notes, I’ve had a few PSUs fail on me and since then I’m kind of triggered on that topic. Never having owned an SFX one I really don’t know which ones are good quality and silent but I’m determined to get something that could be overkill but I’ll be calm that it’s silent and will work for the next decade.

A good PSU alternative would be the Seasonic Focus SGX Gold 650W; it is SFX-L rather than SFX, so make sure it can fit your case. They are nice for several reasons though; fully modular cables and comes with an ATX-to-SFX adapter plate, for one thing.

Prior to the SF600 I used a Silverstone ST45SF-G (450W) for roughly 3 years which powered an overclocked 1600X and my Vega 56 with a combined undervolt/overclock (1550MHz 1.1v). That basically maxed out the rating according to a kill-a-watt on the wall reading ~436W with the unusual spike of 522W. I went back to that 450W after the SF600 popped and picked up a Silverstone SX750 as the permanent replacement for both.

Same as all others listed before. In fact I don’t believe I’ve seen any (recommendable) retail SFX PSUs in the last few years that were not fully modular. Fractal Design shipped a 450W in the Node 202 that wasn’t but I don’t believe they ever sold that PSU alone.

Thanks for the information on the SF600 Platinum, I wasn’t aware of that defect. I currently have the Gold version in my build and used the SF450 Platinum for a couple of years in a different computer with no issues.

Thank you for the recommendation, do you have a link to your build by chance?
I would be considering something like the 620 if I was planning on getting an R9 5900X instead of the 5600X, the LQ cooler options are much better.

I don’t have a link to my S610 build, but I brought all of the parts from my Small Form Factor Wallet Wrecker build into the S610 with a couple exceptions:

Thank you,
I’ve noted both the Seasonic SGX and the Silverstone SFX models down for PSU.
I also found this and am watching it now: 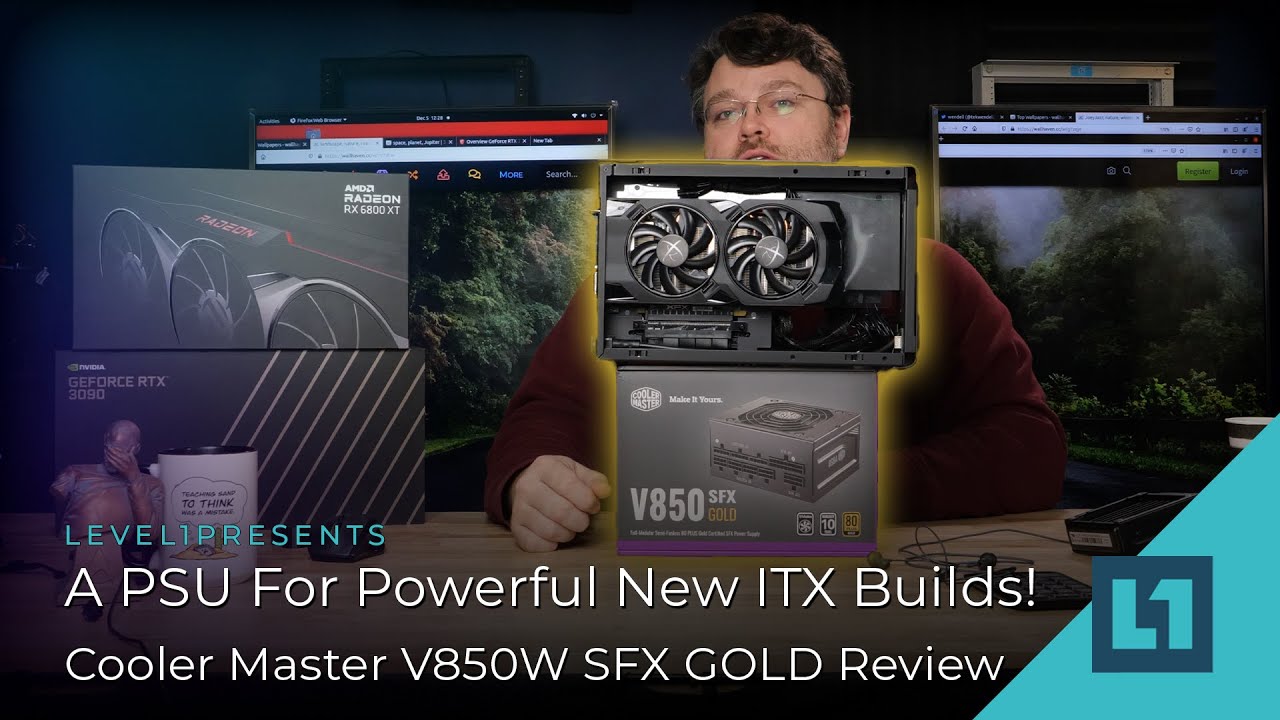 I got a Sliger S610 and will be building in it in a few days, if this is still of interest