Is there a worthy successor to ThinkPad X220?

I have a ThinkPad X220 which has been pretty awesome, but it’s getting long in the tooth. The only major downside is the screen - it has really bad, albeit temporary, image retention issues, and the 1366x768 resolution is dismal. I’m also not sure if I’m used to the keyboard, if it actually worn down, but tactility just doesn’t feel good anymore. I have a Chromebook now, and does address some of the concerns, but has it’s own downfalls, such as the limited utility of ChromeOS, and I think Chrome and the web are becoming a bit bloated for its Mediatek SoC - feels sluggish in use at times.

The primary use case is school work, and I am most definitely a power user. I use Ubuntu almost excursively on this machine. I love that the X220 is very much focused on function

That said, almost every laptop I see these days is form over function (large trackpads, symmetrical keyboards/compromised layouts, glossy/touch screens, ridiculously thin, I/O, planned obsolescence) and basically the antitheses of what I fell in love with about the X220. I just feel like there aren’t any real workhorse laptops anymore, and I feel especially betrayed by Lenovo and their current thinkpad lineup.

I’m hoping I’m missing a gem somewhere. Are you aware of such a gem? Maybe a Chinese manufacturer has filled in this niche?

I don’t believe it to be a worthy successor:

Joking aside (but really it’s better) no, the good days are gone. There is nothing out there that holds a candle to X/T-200/220/60 Thinkpads.

I use a X220 for school as well and for everything you listed you will not find better.

You can get another one on ebay or your local ewaste place for under 100 bucks. If you pay more you’re getting scammed.

The screen can be updated to 1080p with some work, not too bad if you know how to solder already

Instead of trying to replace something that you really like, don’t you think the best option would be to fix what’s there?

I mean, think about it. If the keyboard and screen are the two biggest gripes you have outside of maybe processing power, wouldn’t it be more viable to do a bit of work on it?

I’m sure you can find X220 parts for reasonable prices at this point. And as @MFZuul suggested, the screen can be replaced with work.

Unlike a desktop, this is a device you’ll bring everywhere with you to get work done so you’d better be proud of it before committing to something that you’ll always despise.

On another note though, I can understand you wanting a replacement at this point, and if I’m being honest with you, laptop keyboards are horrid in general lately. Can’t believe I am saying this but unless you get a workstation laptop from Lenovo, Dell is making the best keyboards at the moment in my opinion through their Lattitude, Precision, and their Alienware lineups. XPS laptops have solid keyboards too when compared to the competition.

That aside, my mom got the X1 Extreme from Lenovo and while it’s certainly a solid computer, I wasn’t too proud of the keyboard in all honesty. The travel felt reduced compared to other options

I think the replacement isnt a thinkpad at all (though Id probably take one of those x1 carbons). I’m fairly certain the XPS took its crown.

I ended up buying a clevo recently… while the fit and finish probably isnt quite as good as a thinkpad, I got a hell of a lot more laptop for the money and its surprisingly good.

That is another option, you can get the parts for cheap, you can get stock displays cheap and replacement keyboards too for under $50 for both.

You can also get “for parts only” cheap and pull from them. Thinkpads are the great do to being able to repair them on your own. 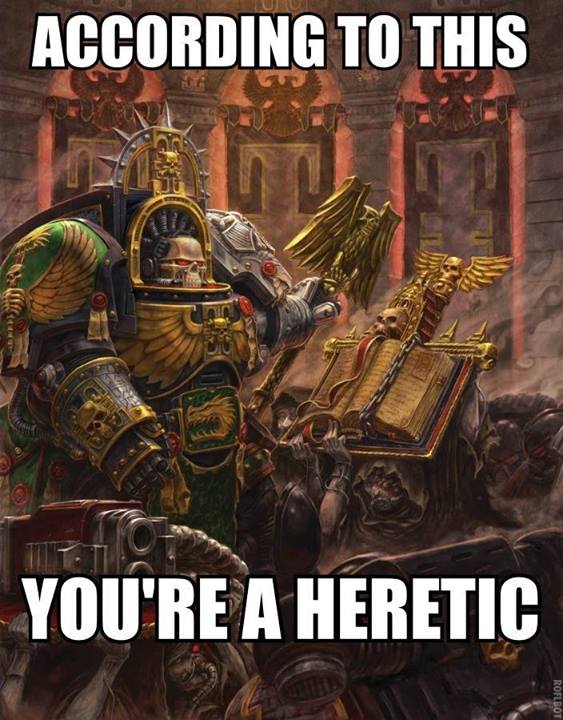 new thinkpads are trash though (for a thinkpad), so I would agree if we are talking a new one

is good, but has none of the plus of a thinkpad.

I think thats kind of the point op was making, there arent any plusses to the current thinkpads. They offer mediocre hardware for a premuim price and they arent even premium anymore. I had the same debacle before I settled on this clevo.

The completely unofficial but very cool X210 is an option.

Also the X230 can use the older 7-row IBM keyboard. Some minor key remapping is required to put the same secondary functions on the correct keys. That gives you the obvious generational step up, but still leaves you pretty far back in time as far as specs go.

I used to like thinkpads, but after using one for 2 years as a daily driver (X220 Tablet with i7 and win10) I am sold that the x200/220 are the go to laptops. Unless you are gaming (and I can game on mine pretty well) it’s the best in price, performance, and durability.

Never messed with the X230 but hear thats what some ppl do… that X210 news to me, only look into the used market… thanks @Fouquin!

I think the razer blade makes for a decent option… Thought the battery is lacking compared to the xps or thinkpads. I heard if you get the lower end display its actually way better about colors and backlight bleed. Keyboard is supposed to be pretty good, and I guess that makes sense, they should know how to make a keyboard… personally the idea of a laptop keyboard being good is a joke we pretend to believe but im spoiled with mechanical keyboards at work and home. If it werent for the price tag I probably would have got that over what I have now. I know its made by a shitty company but every review of it has been pretty positive, and at least on paper, it seems to compete.

I am a fellow x220 tablet / ubuntu user. I bought this thing for my wife when she started vet school in 2011. She has long moved on to a different machine, but I still use it. Other than the screen size/resolution it’s still going strong. Although it’s on its 3rd battery, 2nd screen, 2nd keyboard and 2nd 20 volt plug (which was surprisingly easy to replace). It’s got an internal sd card reader and ethernet, which the newer models have dropped. It’s missing small bits of plastic around the frame, but it gets pretty rough treatment since I put it in my briefcase almost daily.

A couple times a year, the screen limitations get on my nerves, but i can never find a replacement that interests me. I think what terms me off the most about later models is the island/chiclet keyboards. The traditional keyboard feels significantly better to type quickly and accurately.

I’m super jealous, mine is way worse than that… as I have dropped it on tile and concrete lol.

That thinkpad is mint looking!

The fact you have replaced so much is at the core of why i love these things.

I also had an X220T. It’s probably the reason I never bothered getting a new laptop for all the reasons mentioned above. Swapped in an SSD, replaced a keyboard, was super stable with Linux (more so than Win10). It met its end when it no longer could charge. Probably due to being dropped right on the charging cord one too many times. That thing was a tank. I wish I figured a way to resolder the connections.

So it very much may be worth doing a refurb on your laptop. The XPS line caught my eye, but ultimately I never pulled the trigger.

Should get a dock, cheap and it charges the battery.

if you still have it and don’t want it, I’ll pay for shipping

Desktop CPUs.
Desktop GPUs, even in dual configuration. You can swap them out for upgrades later.

This is like recommending an 18 wheeler to somebody asking about coupes.

Not saying it’s a bad machine, just not close to what we are talking about 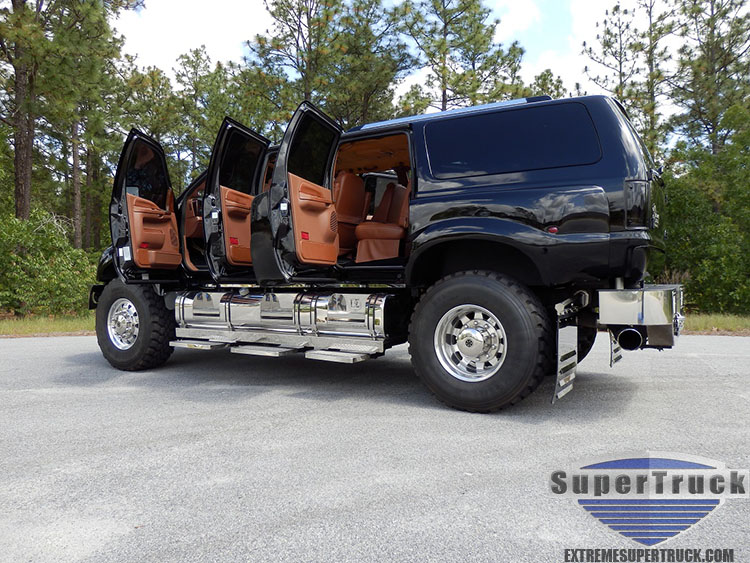 I use a X220 for school as well and for everything you listed you will not find better.

You can get another one on ebay or your local ewaste place for under 100 bucks. If you pay more you’re getting scammed.

The screen can be updated to 1080p with some work, not too bad if you know how to solder already

I looked into it, and the project seems a bit more involved than I care for. The primary issues are that of panel availability and resolution. The X220/230 uses an LVDS connection, which theoretically supports 1080p, but I can’t find a 12.5" IPS LVDS panel at 1920x1080 - they’re all 1366x768 - the resolution is the larger concern. So it seems like a dead-end from what I gathered. There also might be a compatibility issue as well, as I believe the board only uses single channel LVDS, and if true, I’d actually be limited to 1400x1050. And if all that weren’t enough, I hear signalling differences might be a concern as well ( I presume that’s where the soldering work comes in). Best case scenario, assuming all these restrictions are true, I can use a 1600x900, but again, I can’t find any at 12.5".

Dell is making the best keyboards at the moment in my opinion through their Lattitude, Precision, and their Alienware lineups. XPS laptops have solid keyboards too when compared to the competition.

I’m thinking Dell might be my best best. I do have a Latitude E6410, unfortunately, I’m not that impressed. But it’s probably not fair to make assumptions about newer models based on much older models.

The completely unofficial but very cool X210 is an option.