Is it just me, or is ASRock

Making more to-the-point, no BS boards than ASUS now? Because I can’t seem to find a single ASUS board that doesn’t look like it was co-developed by Fisher Price. Very Chang Pang, might I add. Something like the Pro4 from ASRock looks nice!

Why did ASUS suddenly decide to design over-the-top looking shrouds for all their components and add RGB to almost every board? It’s kind of annoying. ASRock, on the other hand really look at form over function. They look great, burly, but not over designed. I’m in love. They almost look like they’re an homage to the 90s.

There segmenting different parts of the market? Many people go for over the top motherboard because that’s what’s in right now but there’s still people after the no nonesense designs. It’s also important to note that ASUS is the parent company of AsRock so there’s also that.

I have the B350 board…
It needs only one thing - troubleshooting in any way and that would be amazing board.
The VRMs are meh, but functional, the feature list is meh, but all you need is there…
Asus are not the only one, guilty of that…
Have you seen Gigabyte? I mean Jesus fuckin Christ…
MSI aren’t far behind on the bulshit either…

It is not just ASUS doing “fisher price”, Gigabyte, MSi and others are all doing it. Since AMD dropped their transformer looking GPU stock cooler (last seen on R9 200 series) and went with a much cleaner design, everyone is going batshit crazy.

Remember when XFX made these? Yes, XFX does not remember either:

The only recent motherboard that was SUPER tidy was the NZXT Z370 one: 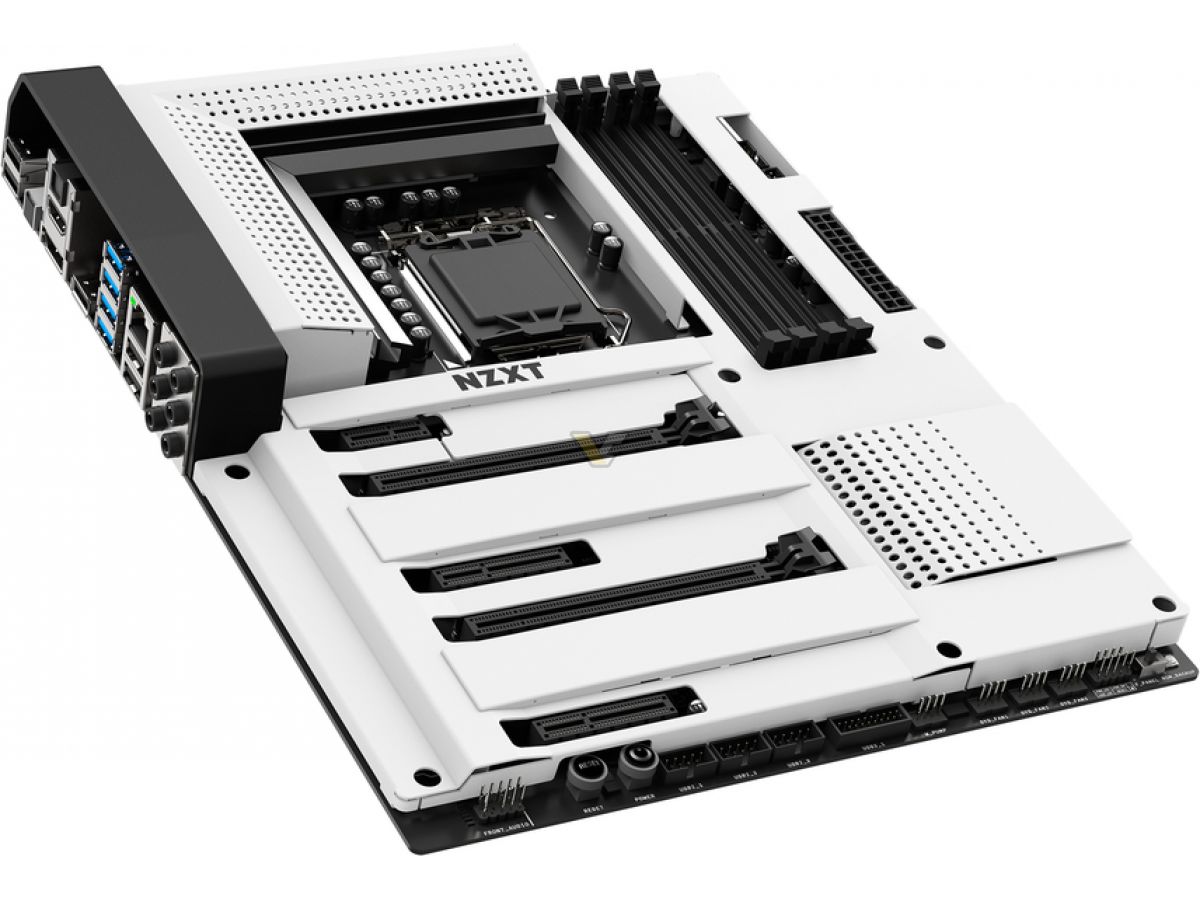 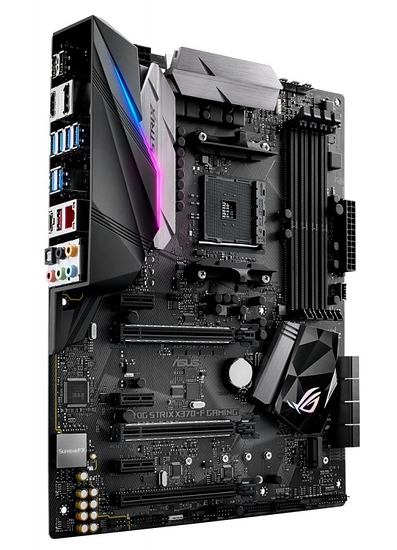 The NZXT is made by ECS but the visual design is NZXT, yes…

I absolutely hate that shit. Art student triangle vomit is not art, it’s lazy garbage. I got an incredible deal on a used XFX 580 8GB, but it’s packed away in a 4u short rack chassis where I don’t have to see it, otherwise I’d have either gone with something else or bought a 3d printer to fix that bullshit. What the fuck are these assholes thinking.

That’s tight af, though I wonder how it does with dust and heat accumulation.

I generally prefer raw industrial motherboard design with some color coordination. The heat sinks should be nickel plated copper fins and heat pipes, not this “practice cuts on aluminum scrap pile pieces” nonsense.

I’m not sure what’s really going on with systems now but when I got my AsRock X99 Taichi, I had previously went through 2 Asus X99-As.

Gigabyte was okay back when I put a system together with a 9590. No gripes with them. I’ve heard amazing things about MSI boards in the past in terms of how much they offer for the price.

One thing I will say… Asus has crappy CS. They tried charging me $150 for a board replacement under warranty and when I rejected they took several months to send the board back.

So a shroud where needed, but as inexpensive (bent sheet metal, primed and painted) as possible, warning labels where necessary and maximum of 3 different colors? 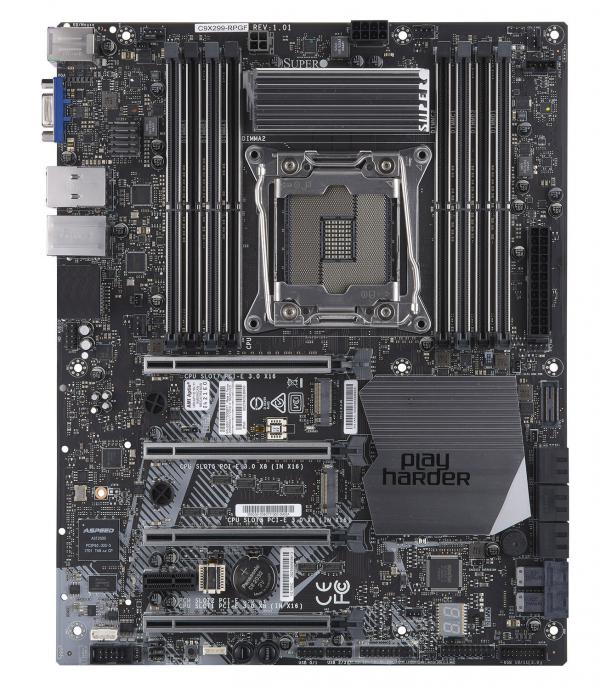 Yes. Wich is nice to know, but not helpful in any way as ECS gets the design from whoever is their customer.

Yes. Wich is nice to know, but not helpful in any way as ECS gets the design from whoever is their customer.

Correct. I bring it up because people still put ASUS on a pedestal for being their own manufacturer with some higher level of quality. Reality is that their boards are made in the same place as some of their competitors. Same shit different label.

Meh.
The locking tabs (why tho?) are a different story. 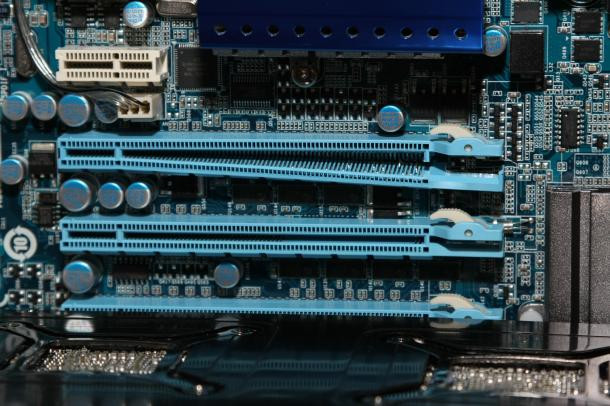 Looks like an R9 390 happened to a gigabyte board.

That was one small generational improvement I was happy to see amidst the RGB “upgrades” of the same gen; despite all my rigs being horizontal, it’s nice to see competition yielding something useful

I also have a X99 ASRock board. It’s been a truly great board apart from one annoying UEFI issue. Seemingly, every time that it boots, it enumerates the M.2 drive and adds yet another entry in the Boot Menu for my Linux install. When I hit F11 at boot time, there are about 35 entries for the same Linux install and one for W10. Fortunately, it defaults to booting Linux and I hardly ever boot W10, apart from a couple times a year, so it’s not like I have to see this annoying problem with any frequency.

Out of curiosity, what was the issue that you had with yours, which was finally resolved?

Anywhoo, back at the ranch, I agree that the explosion of plastic wings and scoops are quite annoying, as is the LED lighting. Fortunately the lights can, in most cases, be turned off. If anything, I’d rather see some meaningful anodized aluminum heatsinks mounted in the appropriate locations and let it go at that. The manufacturers obviously wouldn’t be doing this crapola if it didn’t sell, so I guess we’re screwed. Fortunately, some of them seem to be a wee bit more restrained with their workstation-class motherboards.

I was just trying to remember how we got here … how this all started. Was it the Gigabyte Sniper boards with the “magazine” and “rifle” shaped heatsinks, or was it someone else who perverted the course of motherboard aesthetics?

BTW, I’ve built more than a couple of gaming and general purpose PCs using SuperMicro boards, though I never used their “gaming” boards. If you value stability over overclocking, you could do a lot worse than SuperMicro. They also have the benefit of still looking like motherboards, too!

That was another issue I had… For some reason switching from BIOS A to B worked but then I had to reinstall Grub from a Live CD via chroot.

If you don’t have another BIOS to go back to, using the jumper (if there is one) to reset the CMOS should do the trick. Taking out the battery would accomplish the same thing too I guess

I was actually about to add a post in my FrankenDebian blog about chrooting into a BTRFS install as it is a bit different than using another FS… I’m getting carried away now lol.

But anyway, try that. I’ve been looking for a way to backup the BIOS on B so I can flash it on A but haven’t found anything yet…

That was one problem I had but the problem I had the other day was that when I tried switching from EZ mode to Advanced mode or even tried booting from the boot menu, the BIOS would freeze and my cursor would literally draw in the menu. Seems resolved now that I’ve done all that though

I don’t think my board has a backup BIOS, but I’ll check. It’s not a Taichi, like yours. I have updated the BIOS on several occasions, as memory and M.2 compatibility improvements were instituted, but with no joy. I’ve also cleared the CMOS on a couple of other occasions, usually when I get to about 50+/- boot entries. I’m not using some Chinese knockoff, it’s a genuine (as far as I can tell) Samsung M.2 drive.

I reported the issue on ASRock’s site and they didn’t seem to believe me. They wanted pics of my 50 boot entries. I posted pics and they said that they had never heard of it before. Like I said, I use that menu about 2x a year, so it wasn’t really high priority. Every time I see it, though, it’s annoying!