If installing Windows 10 today, you might want NOT to go online during

They don’t but they do… Last install I did was pretty hidden. They try and make it appear like you have to sign in or make an account.

I don’t know what to tell you. I’ve seen these claims for over four years and every time I try it I’m easily able to select a local account.

Maybe I’m just a better Windows user than most.

Its your source. I do not keep windows ten images… I am breaking up with windows…

I haven’t seen any changes. You can still pick a local account, and the installer is still a dark pattern trying to guide the user to not do that.

is still a dark pattern

You’re being generous with that term. What Microsoft is doing is fine print, not dark pattern. This is dark pattern: 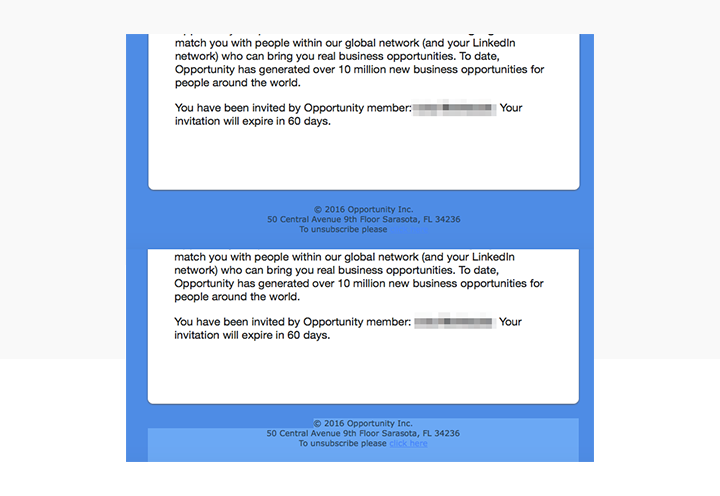 When you look at the screen, all you see is a giant box telling you to sign in with Microsoft. The “offline account” link isn’t underlined and is situated right next to and styled identically to the privacy policy and ToU, things everybody ignores by reflex. That is a classic dark pattern.

I will make a point of looking for that… next nuke of windows I do.

The only time I’ve had no ability for creating an offline account is if I’m reinstalling from an oem recovery partition. But as for a clean iso, never had an issue.

I refurbish computers for a living, if this was the case the company I work for would be screwed

I will test further as opportunity arises in a live environment. I can only say that this behavior was seen on several systems using keys built with Microsoft’s MediaCreationTool, long prior to when the change in online behavior ocurred.

Since the default behavior of the ISO’s have not changed, it’s possible that nothing happens under a typical virtual environment. It would be easy for Microsoft’s online component to check some hardware ID’s to see that it’s not a live system. They do check hardware ID’s already anyway.

I’ll ask for my colleagues to holler the next time they install a system so I can have a look at it and take pictures as necessary. On Tuesday I was too baffled by it all to think to snap some.

For now at least if anyone were to encounter the same situation and really don’t want to login or create a Microsoft Account, you’ll know that a workaround is to disconnect the system from the internet.

not having the system connected to the net is my de facto routine for any windows 8- 10 installs.

There’s certainly some point to that.

On the other hand when installing on a system with partly unfamiliar hardware that will then be used by another person or organisation, the online component could avoid the risk of some odd problem ocurr after the basic installation is done, or simply save time otherwise spent in the following dance of automatic updates.
In that situation I would generally find it worthwhile to get online during the installation. Certainly if one ever finds oneself in the situation of having several laptops to prepare for usage in short order.

i dont like microsoft enough to give them a larger install base than they need.

Last install I did was pretty hidden

I think they are only a step or two away from no MS account, no windows.

I dont think thats the case because it really wouldnt make sense for them to do that. Their biggest money makers would not be to hot on that idea I think.

Since the default behavior of the ISO’s have not changed, it’s possible that nothing happens under a typical virtual environment.

It could also be in early stage of rollout, and not every user gets the updated installer when connecting to the network to check for updates.

Use AD at home. You’re safe that way, if you can either stomach grabbing licenses from wherever, or have people willing to let you borrow them. On the other hand, I’m quite fond of my Outlook email address; never encountered this problem before, but shall watch.

Damn dude. Thanks for the heads up.
Also good accidental clickbait

I know this wasn’t replied to me - but in case others are interested. I am in the process of downloading the ISO available on MS’s Site.

When I get 10 minutes I’ll run through an install without commentary and see if I can show cortana (or her text given MS has quietened her down) being bossy about security questions. I’ll also see if the install process has changed as described by the OP. It’ll take a while to download/upload all the bits because I’m in Australia with 9th World internet, so please bear with me.

For the record all of my experiences have been installing Professional, but we can see what happens.