I have recent got a Asus Crosshair motherboard that I thought would be a bit of fun to repair and though I have located the damaged/ missing smd I’m currently stuck as I’m unsure of the resistor values of a couple of resistors that are missing.

If anyone has the motherboard would they be willing to send a couple pictures of the area on the motherboard, shown below, or would anyone be able to help me workout what it is missing. 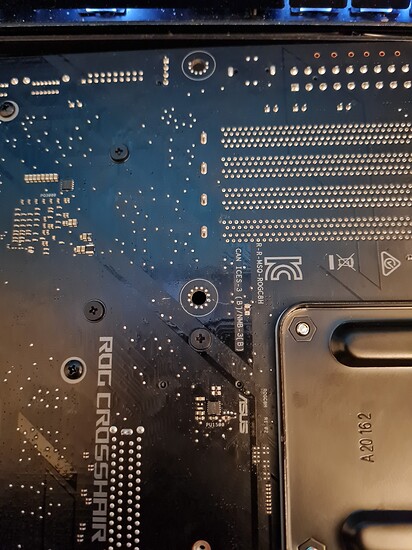 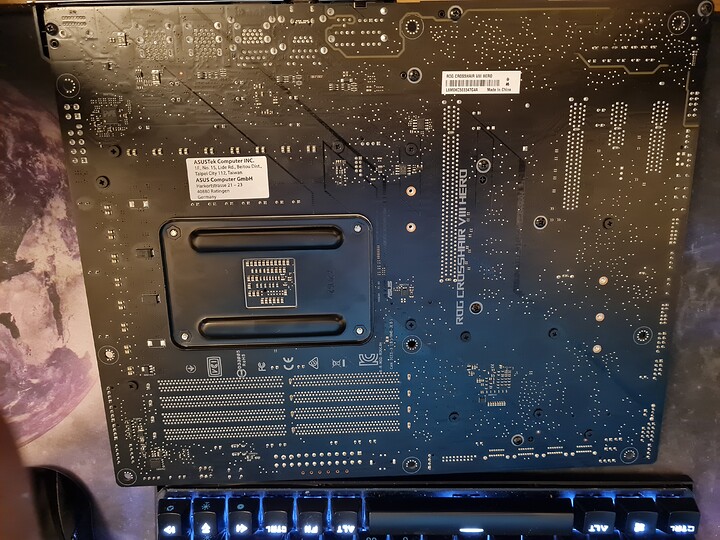 If you don’t mind me asking: Why are they missing?

What IC is close to the missing component?
To me it looks more like a missing bypass capacitor.

Can you take a closer shot of it?

Just paste the album id which is the last part of the URL. 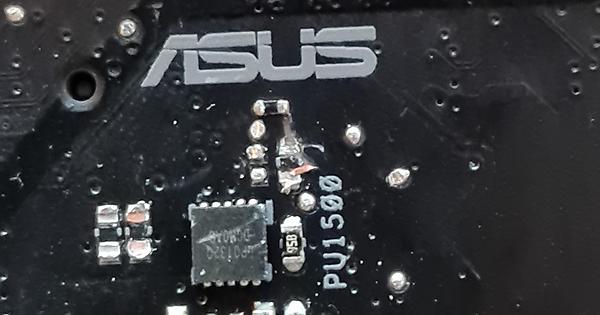 It’s still kinda hard to see the traces but that’s primarily because of the black coating.

I can’t identify the chip. Can you read the letters on it?

Take a multimeter and measure the resistance to ground on all the pads. If one of the pads is ground you have a bypass cap and they are usually 0.1uF or in that range.

i sadly don’t have a c8h but i can take a look at my c6h and see if that is similar enough.

I can spott from a mile away that those missing smd parts aren’t all just bypass caps.
So, how does the board behave?
PU usually means a Power related Chip on asus boards, so that might be for some minor rail.
Could even keep the board from turning on. 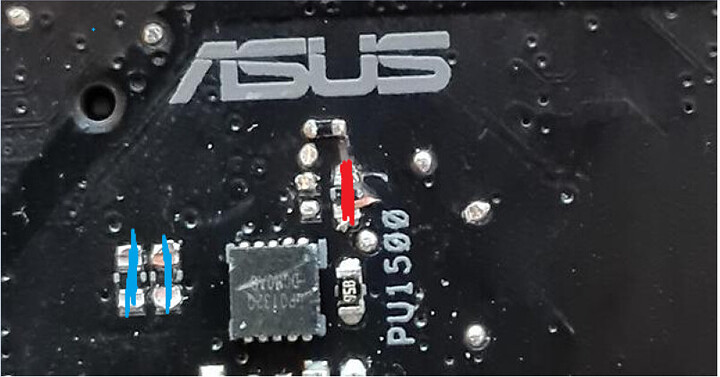 image804×422 70.5 KB
Using a picture I found and a bit of deduction I think the red is a x10 resistor and the blue are capacitors but I’m not sure on the capacitance.

A closeup of the component in question (image pulled from link above): 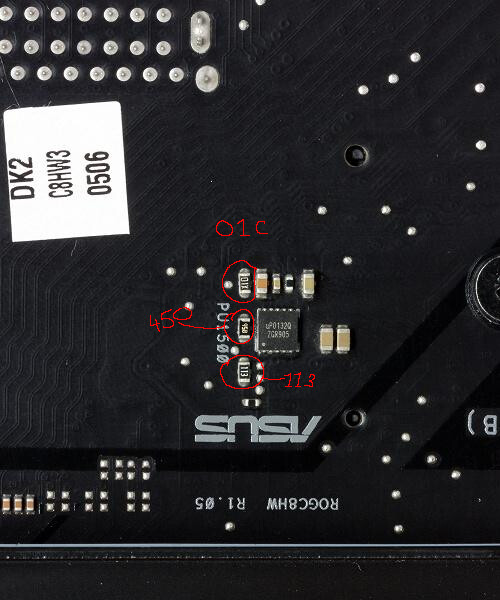 I agree on the caps, and the guess with the resistors seems to be a good one to me. 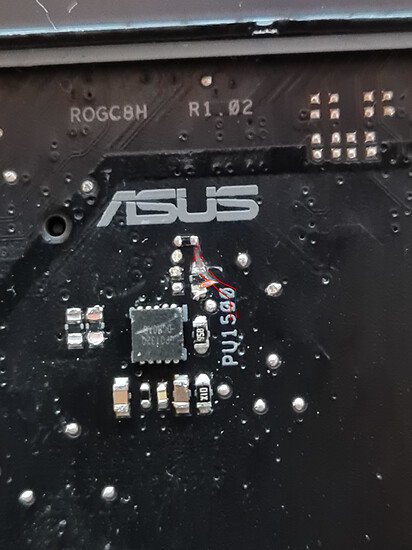 To me, it looks like the trace got ripped as well.
I highlighted the presumed way it was connected, could be wrong though.
Just want to point out that replacing the 113 labeled resistor won’t just be enough.

Edit: Couldn’t spot anything related on my c6h.

Yes it does look like it was ripped, but seems fixable if there weren’t any vias along the way.

It is fixable, even with vias as long as you can figure that out.
Vias usually don’t rip off, so worst case would need some digging.

I do agree on the fixability of the trace. If she/he is comfortable with soldering SMD they can fix the trace with a piece of copper.

@thousturtles Let us know how it goes!

I’ll be trying to work on it either this weekend or Monday, thanks for all the help I’ll send pictures and more information once I’m done

my perfectionism usually gets the better of me when i think about “reconstructing” traces with copper pieces.

And in the end after way to much trying, my practicability wins and i just run a wire.
like, 0.2mm wire, usually the coated one is enough and reasonable handling wise.

And yes, digging for vias in a multi layer board can be tricky. But there are tricks to everything. not that i actually had to do that as far as i can remember.

Craziest thing i attempted was digging for a via under a ripped off pad on a Ryzen AM4 Cpu. I like had it for a moment, then dug to far and now i can only see the ground plane.

do you have enough flux? 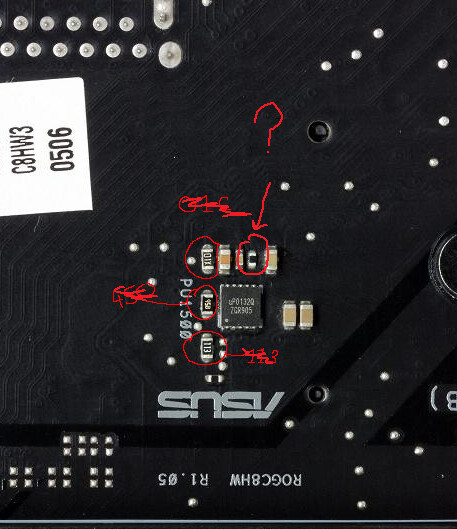