Hey there everyone . I am new here but in desperate need of help , im writing this on a tab. with an funky keyboard dohicky.

so ill start by saying i think my issue is the motherboard , my reason is the 8 pin socket at the top of the board which is blue in color has a brown mark on the side closest to the cpu.

ok soo it started on past saturday. with the system locking up so no mouse keyboard or task manager. hard shutdown required. it started up fine the first time after this incident however as time went by it would lockup more often and in quicker intervals. got to the point of no post, but then oddlyy would would give cpu led on board and after a hard shutdown would give a ram led , i reseated the ram and the ram led went off. sometimes the machine would start up even tho it had been no posting at random so when it did i took the time to run some tests.
I did a crystal disk info test , not sure how accurate it is but said hdd is fine. i ran for a couple hours one day so i turned on gpuz and core temp to monitor both gpu and cpu temps were well within norm as its cold in my room the cpu was reaching 1 or 2 degrees c although i heard fx cpus have faulty temp readings . so after running my temps in those few hours i got i also ran some games to see how hot both got and still temps were good about 45-50 on cpu and 56 on gpu i was going to run a memtest86 but system lockd up.
im stuck now with a solid cpu led with which no matter what flashing bios or reseting cmos wont fix ive even reseated cpu and placed fresh paste, from what i can tell the cooler is still working , since when i do hit the power everything turns on every sinlge fan in the case but still stuck cpu led n no post.

i have a spare gpu n did swape it in the begining to make sure the gpu was fine so yah im stuck and really only have enough cash for either a new board or a lesser cpu :( really hoping its the board or psu even .

sorry forgot to mention second day of this i took pc into a repair shop thats local and asked for a hardware diagnostic but all the cheapos did was run prime 95 and charged me 40 bucks so i wont be going back haha. they said psu was fine since it could run the cpu at full but i dunno im guessing they know about as much as me .

SORRY for this wall of text but i really need help im going to order a new part prob. tomorrow so a fast response and advice would be a life saver .

did you get your PC used? or did you ask a forum somewhere? someone should have pointed that out about the CPU

Can you take a picture of the damage to the board?

Start by running your board with nothing in it, if it beeps with no CPU in it it's still alive potentially, but it most likely couldn't handle the 220W TDP on that CPU

my ex got me the cpu and psu last xmas lol soo yah cant return them :( as i didnt buy them.
i did read about the board and its supposed to support the 9000 series so im guessing it (should) be ok not that it means it will be . i can try for a picture with the tab not sure how good it will be or if i can upload it to this post

all parts have been bought new. 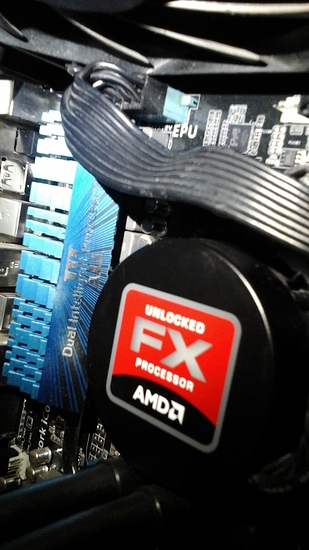 It looks like it's on the plastic, so, ya I don't know, also isn't Prime95 a pure CPU test? You're going to end up using more power when trying to game

no it wont boot
its a no post or no boot not sure which to call it ,it powers on but gets stuck on cpu led which is why i was thinking its the board with since the cpu power socket is browned n maybe got burned out for whatever reason

and yes i think prime 95 is just cpu

There are many causes that this could happen. First thing I would do is to have a sniff of the motherboard and other parts of it if you can to see if you can detect any burnt smells especially around the motherboard heatsinks. Second take out the CMOS Battery on the motherboard leave it there for a few minutes so that the motherboard resets itself and also have only one memory stick in the motherboard if you have many. Then if it doesn't boot up test with each ram stick that you have. Hope this helps.

Just take everything out, and run the motherboard with nothing on it and check your beep code, then you just slowly add things in to see what the issue is

Power supply comes from Sirtec. Not total crapshoot, but nowhere near amazing either.

NZXT refreshed their budget-oriented HALE82 line with two new fully modular and 80 Plus Bronze certified units. Today, we are going to take a look at the HALE82 V2 700 W. It costs just 100 bucks and looks great thanks to its white color theme.

This design's performance doesn't look too great though.

cmos already been reset as stated in first post , no speaker so adding things wont work which sucks.

im still wondering about the brown spot on cpu 8 pin socket i cant smell any burnt smell but it appears burnt so maybe i fried the power delivery to the cpu?

Basicly the M5A99FX pro R2.0 should be capable to handle the FX9370.
Pistol has exaly used a FX9590 on the same board.
Still the vrm will get pushed, since its only a 6+2 powerphase design.

yes cpu led on board is stuck at red but when this first happened it would turn off if i cleared cmos or even left system unplugged.

Maybe re-seat the cpu, ram and gpu.
Wenn all fans turn on that are connected to the mobo, leds on the mobo work.
Then it might not be the board.

So just as i suspected.. it was the MB i got a new one from newegg.ca and had it express shipped. so when i took the computer apart fully .. discovered the 8 pin cpu plugs had melted inside the socket .. not sure what caused this issue but yah the browning on the plastic was why i ordered a new MB and it was indeed burnt n melted.
The red cpu led was on because it wasent getting power due to the melted plug ... im still using the plug just cleared the melted plastic im nervous my psu is faulty but i dont have the money for a new one .

Anyways thx everyone for your help.

i will post the pics of the damage to show how bad it was. 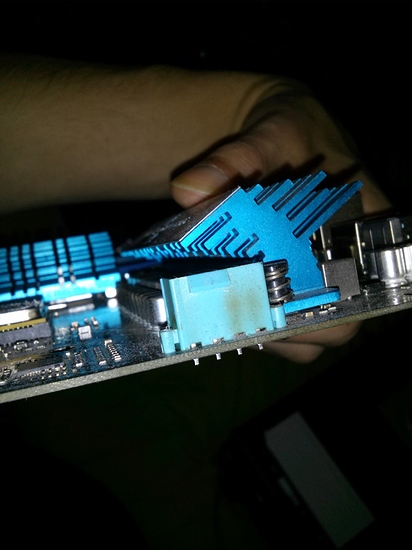 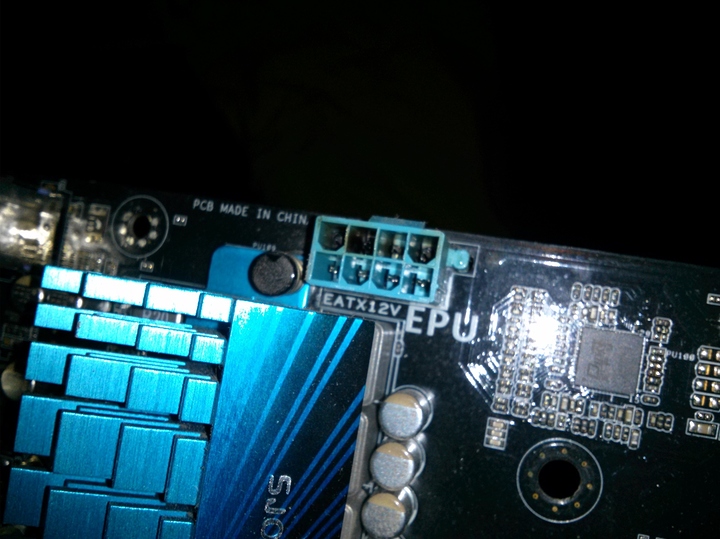 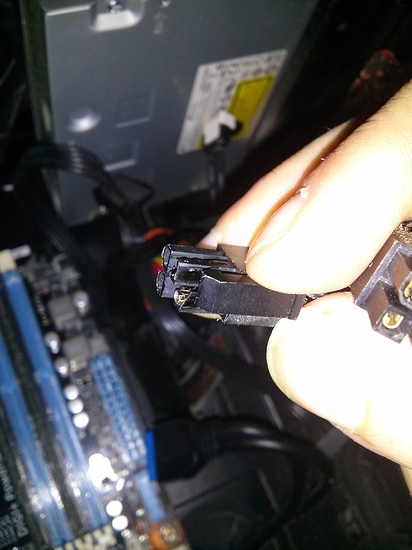 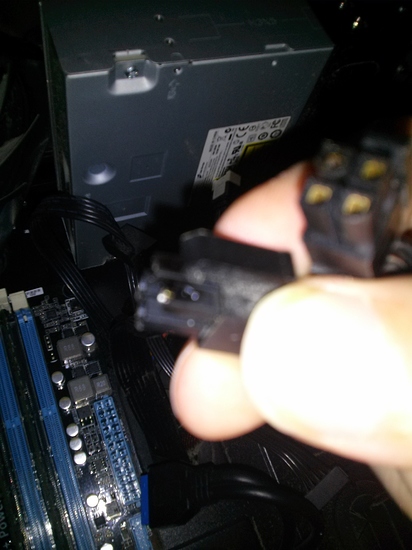