[Guide] OpenVPN for Security, Privacy and Gaming. How to setup a private VPN and a VLAN on a single machine

Hello everyone, I want to start off by saying that I am by no means an expert on this and I might have made some errors, I’d be more than happy to receive constructive criticism and improve this guide with your feedback. I spent quite a lot of time figuring this stuff out and recently had to re-do it and I recorded my steps.

I originally set it up on my home server so that when I traveled to Turkey, I could use my VPN and access various, forbidden (in Turkey) websites, such as Wikipedia, GitHub and others.

After some time however I realized I could also use it for gaming, especially with old PC games that don’t always work with Direct IP connections or have live online matchmaking services, even some modern games (such as Dying Light) only support LAN (in the case of Dying Light, the online portion is not cross-platform compatible with Steam and GoG, hence why that was the tipping point).

OpenVPN is a VPN (Virtual Private Netwroking) software that is used for various reasons, for security, gaming and privacy are the main ones I know of.

In this guide I will try to explain and show the steps I took to install OpenVPN and configure it on my (X)Ubuntu 18.04 home server.

So, here is what you’ll need: 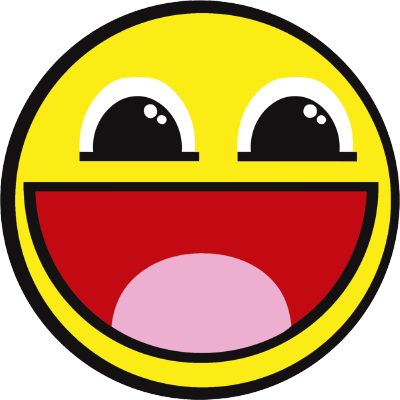 In this first part, we will set up the privacy/security oriented service, which will work on both Mobile and Desktop machines.

Anyways, if you’re done testing or just want to continue, here are two ways to make sure the tun adapter is “connected” with the bridge adapter:

Option 2:
Add a custom script to the /etc/openvpn/ folder and name it tun-to-bridge.sh.
Here is what the script should contain:

And then, at the end of your tun-server.conf add this:

Now that we have our tun VPN network, we can move forward and set up Virtual LAN network so we can game on!

So for the remote line, just change the port, leave your own external IP address / hostname as is.

I also suggest adding this following line to the end of tap-to-bridge.sh, if you have trouble playing games, it can help solve some issues with some distros. [more info needed]

Now, we need to tell our system network manager to set up a bridge interface and connect our default ethernet interface to it, this will be different for each distro and even computer, but I will try to explain it as best as I can, in this case my ethernet adapter is called enp3s0, this is a physical interface with which the computer connects to the local network and subsequently, the internet.
While physically speaking, that’s where the data goes in and out of, the bridge will act as a virtual hub for all network traffic and as such it will be our de-facto networking interface.

So, for those using NetPlan (Ubuntu and flavors?), here is what you do:

Head over to /etc/netplan/ and edit the network-manager-all.yaml file there, it might have prefix number there too, keep that in mind.

We want to add a bridge interface and tell it “connect” with our physical interface (in my case, enp3s0.

Here is how it looks for me:

Reminder to read the notes below before this!
And now, the grand finale, apply the netplan configuration with: sudo netplan apply.

And that’s it, I hope you manage to get it working, I spend a lot of time trying different things, giving up and trying again until I found out how to do it, I really hope this can save you time, effort and headaches.

If you have any suggestions or ideas, please feel free to write it, I will try to update this as often as it’s needed and I can.

Closing Personal Notes:
I usually do this only for open source and free projects of mine, but I am going trough some really tough times, and so if you found this guide useful enough and you can spare a penny or two, I would greatly appreciate it: PayPal

Hey, great guide! I feel like I almost have everything working, except I think I’m a little confused on one part. Does every client need to connect to both the tun and tap servers in order to join the vlan? And to make it clear, each client gets their own separate tun configuration, but share a single tap configuration? I’ve been connecting all clients to only the tap server, and I can’t get a ping from any of the assigned IP addresses.

Yes, every client gets their own VPN client config for added security, but with the VLAN, security is not a concern (it’s for gaming and such), so we enable multiple connections from same client configs in tap-server.conf with the line duplicate-cn.

In the past, I have had an issue with this set up that I don’t think has anything to do with using 1 client config for users, but it has to do with the network manager under windows or possibly some routers.

For Linux just use alternative commands.

So I do this, because in the past, we had an issue where people would connect but won’t be able to ping from A to B or from B to A, and pinging from both sides had some effect sometimes, but pinging the router 192.168.41.1 would do the trick most of the time.

This issue hasn’t popped up on my set up for quite a while now, I even tested before replying to you, and my friend had no trouble pinging my local machine, neither did I have trouble pinging him.

I will update the guide with a section about adapter priority for windows, while during testing you shouldn’t need to change adapter priority, some older games only check the first adapter’s IP range.

EDIT: I forgot to add that if you try to connect to the VLAN while you are already on the same local network as the VLAN itself, it will mess things up!

I can’t seem to even ping any of the clients from the server. To clarify, I’ve solely been connecting to the tap server, because when I try to connect to both tun and tap servers at the same time, I get an error message (client side) saying all TAP-Windows adapters on this system are currently in use.

Hey Dustin,
The way the OpenVPN Client usually works is you have a single virtual Network Adapter for it, and that adapter can have only one connection at a time, so if you are outside on an unsecured network, you’d want to use the VPN (tun) server/service, for a private and secure connection.

But if you want to have a Virtual LAN party, you’d want to give your friends the VLAN (tap) adapter client config (Assuming you are already on the same local network as the server).

As per this guide, our tap VLAN setup is for gaming and not very strict on security, and it doesn’t care if multiple clients use the same profile to “log in”.

But our VPN is secured and will allow only one connection per profile, at any given time.

You basically pick either the VPN or the VLAN at any given time, and since they both cover different use cases, you don’t need both at the same time. So it’s not a problem that you can’t have both types of connections active at the same time, that’s for the most part, the intended use for it.

As for your issues with pinging and establishing a working VLAN connection, I can help you better if you provide a bit more information.

Can you please provide the following information:

I will PM you with my Discord information as well, in case you prefer to use that for troubleshooting, I will be posting our findings in a trouble shooting section later on.

A bit late to the party perhaps, but I’ve been attempting to follow your guide to set up a “public” VLAN.
Specifically I’m trying to play a game with a friend that uses UDP broadcasts to discover clients on the network.

I’ve tried following your guide interspersed with guides directly from OpenVPN on setting up a bridged network, but I’ve had very little luck.
I can send all kinds of diagnostics, logs and results from ipconfig on Windows and ifconfig/ip a on Ubuntu, just let me know if you need more information.

Hello Henrik,
Welcome to Level1,
I am more than happy to help you, I will send you my Discord Information on a message, do add me when you see fit.

Hey, i was trying to set this up but no luck, can you help me out?

I would love to, PM with your problem or Discord tag!

for some reason i cant find the message option, please add me “EPIC#0001” on discord

It seems @aitezaz’s issue was configuration, with some testing we pinned down the problem.

For future reference, if anybody needs help, feel free to PM me directly here or via discord (redacted).