Hey guys I have a couple of questions in regards to upgrading GPU on my budget build i did about 2 years ago.
I currently have an AMD build:

Now my question is I have been looking at upgrading my GPU and have my eyes on an R9 390. (maybe even the X version) I know that if I buy this GPU i would also need to upgrade the PSU since I have read that they are power hungy Video Cards.
I use my computer simply for gaming as my Macbook is for work crap! Is the R9 390 8GB of VRAM a good buy or should i get a GTX 970? Plus how much more power would I need? 850W ? or 1000W? 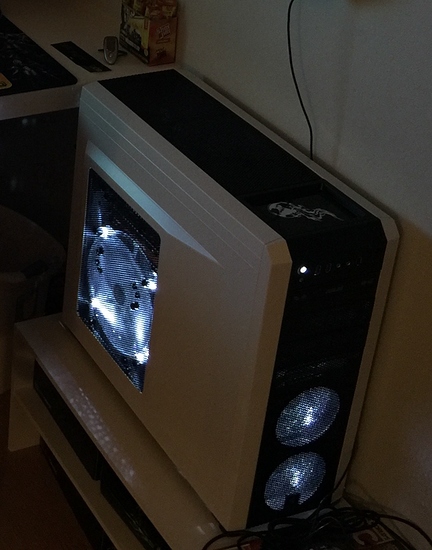 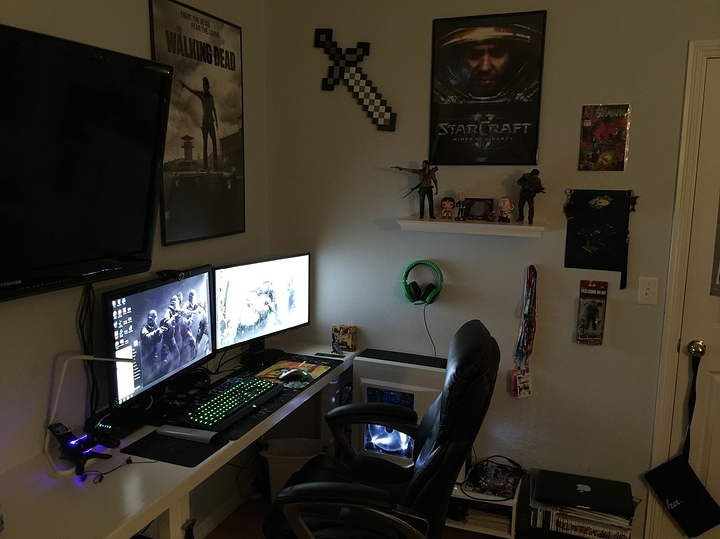 probably just 750w+ would be good. The gpu is alot higher end than the rest of your build but you can always move the gpu to your future machine when you have the funds.

I don´t think you need to up your PSU. 600W seems good to me.
Now you just need to throw a coin on the GPU.

Now I have read that having a higher en GPU can be hindered by a slower CPU. Do you think that would be the case here or should i buy an 8 core AMD CPU as well.

the cx series he has is pretty crappy , although it's marketed at 600w it's around more like 500-550w after the efficiency is taken into account , and doesn't make as much 12v amps as a higher spec one.

Psu's are only like 100$ for a pretty decent one so he's smart to change it.

well truthfully I wouldn't invest in your platform at all , just ride out what you have and save up to do an intel conversion in the future.

I'm all for amd's low cost and decent speeds and all that , but for really fast cpu intel is kinda running away with it right now. The next upgrade you do should be an all new platform with at least ddr4 support.

and you can move your new gpu over to it

The good thing is AMD cpus are not that expensive and with the holidays I may be able to score a good price. When I first built this rig it was my first build in over 15 years. I had fallen out of the PC gaming world, but I have made my triumphant return, albeit on the budget side. Which CPU and PSU would you recommend?

Well if you like corsair anything from then 750w+ that isn't the cx series is good.

As for cpu again I wouldn't bother , but I'd check what your motherboard can support and see if you can get the best it can support used on ebay.

I will be putting away my pennies for a future intel build as I understand that would be ideal but my wife would cut off my huevos! and I like my huevos very much. So Im stuck on the budget side as I put away small amounts of money to upgrade in the future.

What resolution do you game at? Single screen 1080p? At a 1080p resolution your CPU would definately hold an R9 390 back a bit in most games unless you are able to OC to 4.2GHz +

If an OC is out a CPU upgrade to an FX 6350 or FX8370e would therefore likely be noticable improvement if your board supports them. I went from an FX8120 to an FX8320 and was pleased with the result.

I'd only go with the GTX 970 if you game in Linux or your favorite Windows games run under OpenGL. Nvidia drivers are in my experience better here, otherwise the R9 390 is the better card.

I have a dual monitor setup but only game on one. I am please with 1080 but have played 1440. My CPU can be overclocked but I am still a bit of a novice and have not messed with it. I simply want to be able to play games for the next 2 or 3 years without having any problems.

I simply want to be able to play games for the next 2 or 3 years without having any problems.

I'd say buy a console , as all pc gamers know zero problems is a dream we all strive for lol.

I do own console PS4 and while i understand most games will be optimized for these systems I still prefer the ole mouse and keyboard to my gaming. I enjoy Starcraft and certain games not playable on console & while i know you dont need much to play SC2 or LOL I enjoy getting great deals on Steam games and simply want to have a little more beef to my system.

Would these be the correct upgrades? Hoping thats enough power for the system. 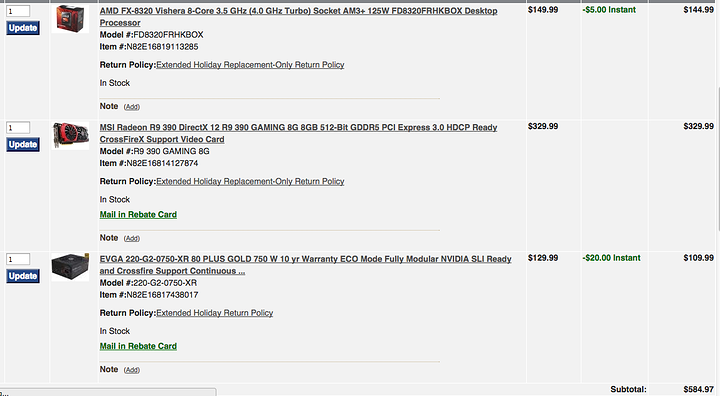 I inputed these the parts I could purchase to upgrade my system would this make a significant change in performance.

Those parts would make a big difference. I just checked the ASUS website and it says the FX8320 is compatible with your mobo but you might be better off with the FX8320E which runs at a lower base clock (3.2 vs 3.5GHz) to reduce power consumption. It still has the same turbo speeds (4GHz) so games shouldn't really suffer.

If anyone on here has the same mobo they might be able to confirm if it can comfortably run an OC'ed 8320 or FX8350 as that would give you the overall best performance.

I really appreciate the help BGL. I was worried for a second my Mobo would also have to be updated. I was thinking of getting a Hyper 212 heatsink for the new processor if I decided to overlock the cpu. I'll update when i make the purchases and make the changes. Hopefully everything runs smooth.