Alright, so the aim here is to create a nice chart/spreadsheet of the community's graphical hardware. Follow these steps to get in on the fun:

Now get a screenshot of both the benchmark score screen, and GPU-Z. You can add other details such as driver version, temps, voltages, etc. if you would like. 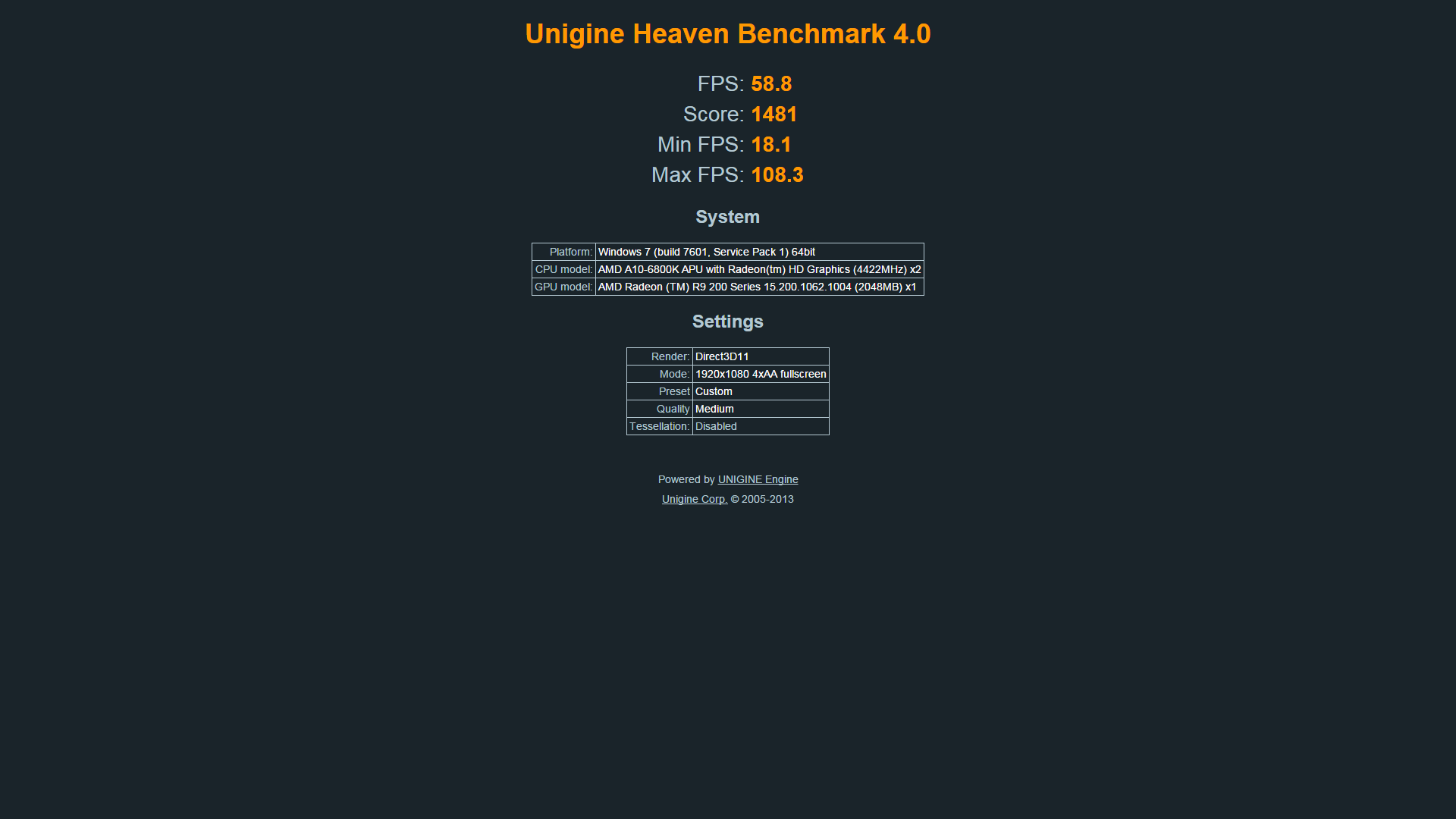 The idea behind the rather low settings is that people with weaker hardware can still participate and get decent scores. If we maxed it out anything under a GT 640 would just be getting <200 points.

Here's the spreadsheet. I'll make sure to keep it up to date as people add to the thread.

Are you gonna keep a spreadsheet/ leaderboard with scores? 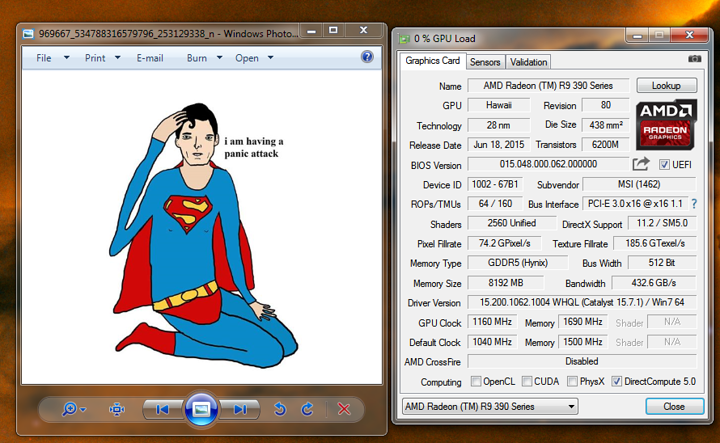 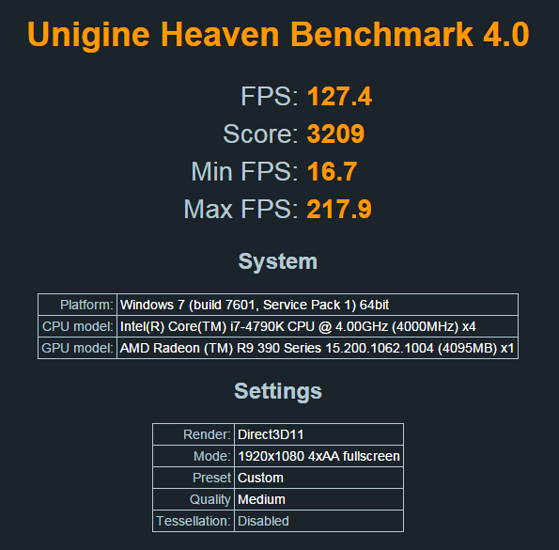 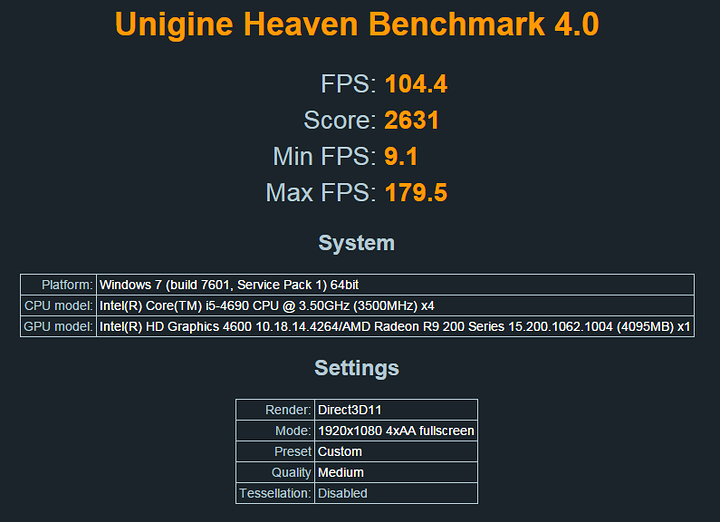 System R9 290 i5 4690 (aparently Unigine says my gpu was running @ 1.6million degrees celsius i have officially harnessed the power of the sun!)

Sounds about right for AMD? 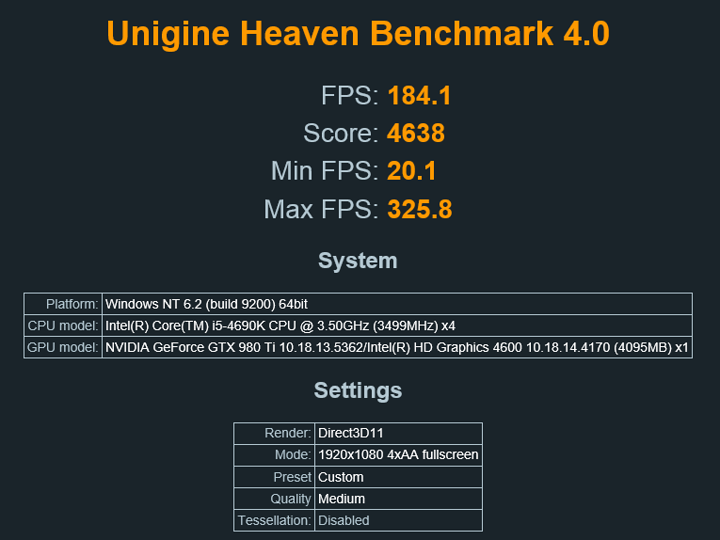 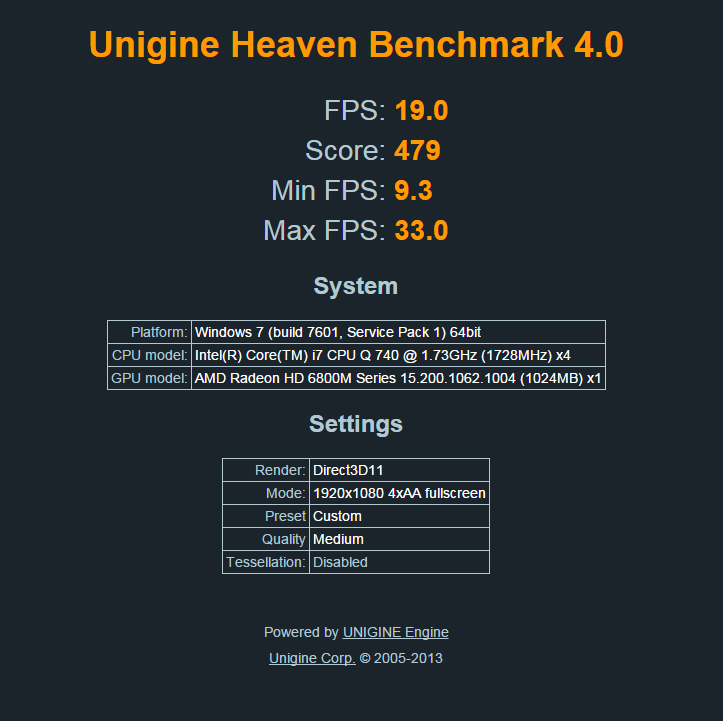 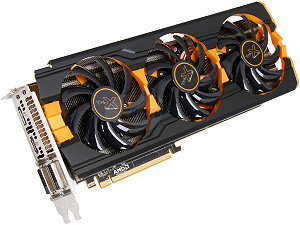 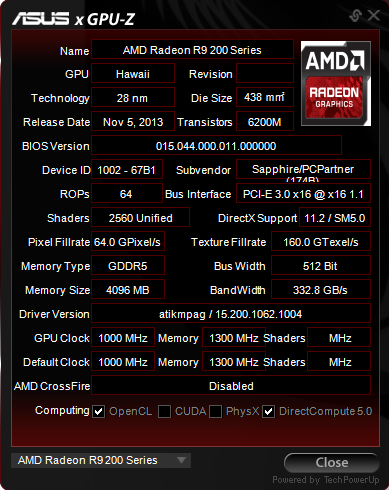 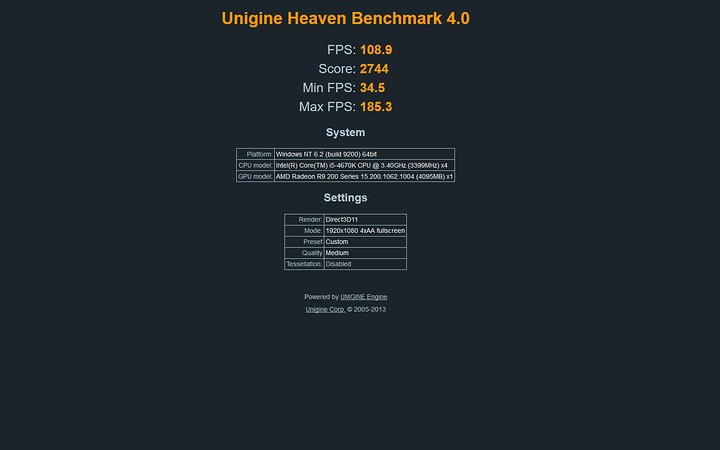 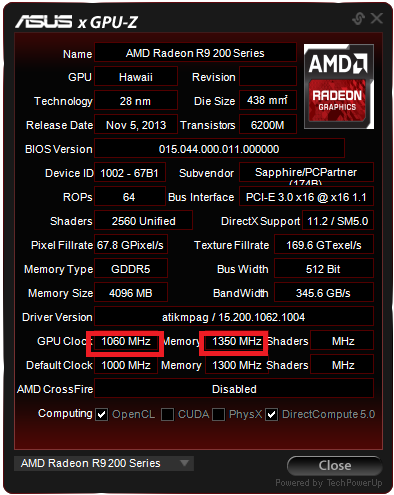 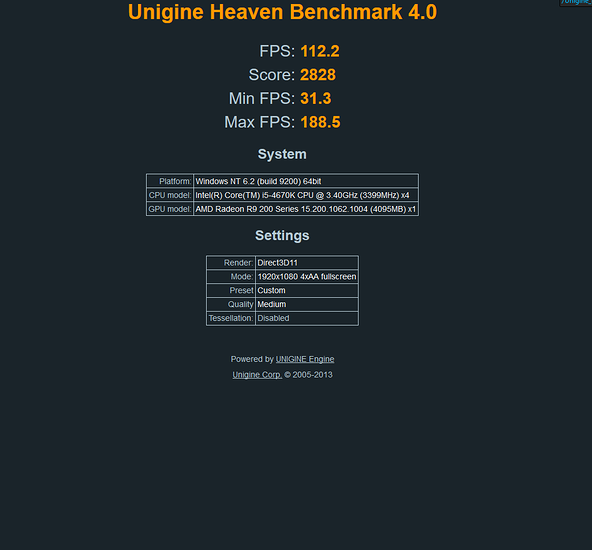 I was also running secondary monitor during that test, that has 1366x768 resolution. 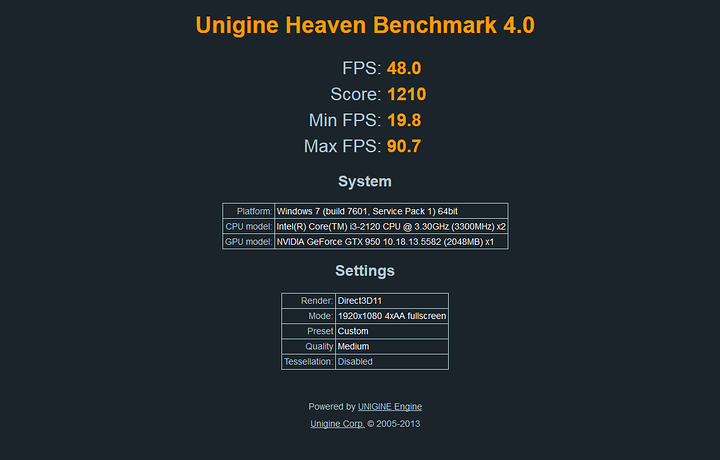 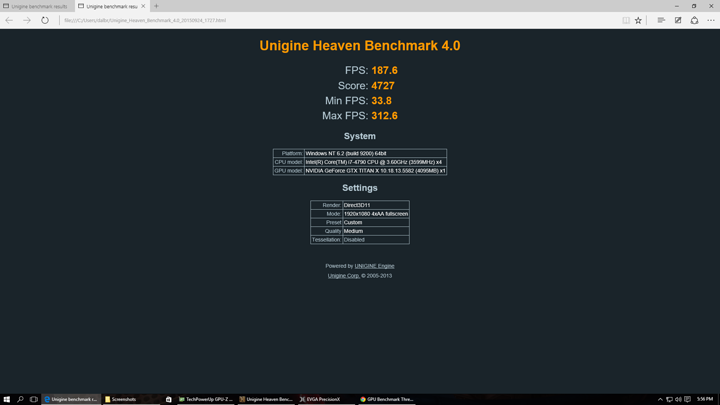 medium is too little.
290x on drugs. Titan yee puss 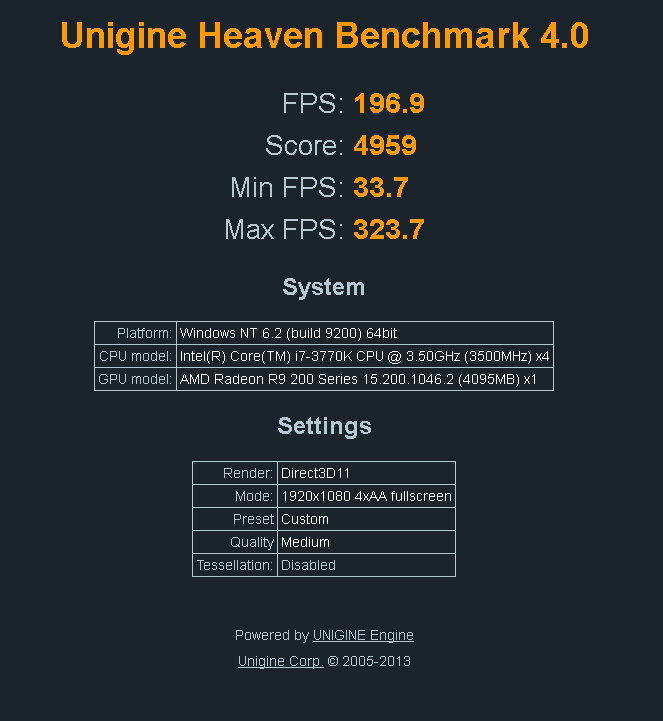 medium is too little.

There's a reason for that posted in the OP...

@more
dayum son, this makes me see there's a set problem somewhere in benchmark that brings our fps very very low, and its not a problem with gpu power.

@Fouquin
Yeah, I wrote it for person above with TitanX, funny part i shouldn't be able to beat it. I assume smaller memory pool helps to allocate textures + faster texture fillrate helped even though pixel fillrate was behind. 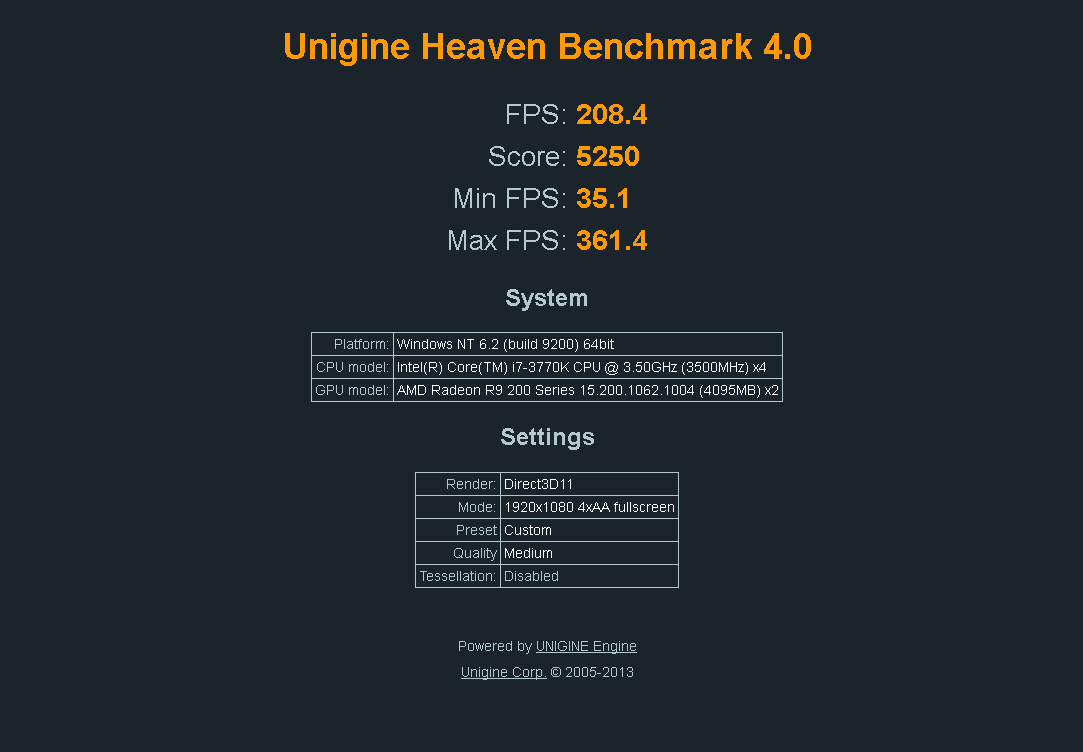