Got FAHControl Running on Fedora

In a past version of this thread, I had issues getting FAHControl working
Linked below
Need help with gpu folding, [email protected], Fedora 31, Nvidia, Nvidia rtx 2070?
and explained in the following quote

I also have a issue with FAHControl, when I lauch it from gnome home, nothing happens. When I use the terminal it spits out the following error

After digging around the github page of the Folding at Home team, I found out there was a fix that solved the python compatibility issue

Funny enough I found out about the github and python compatibility when I was trying to find a method to disable cpu folding from the config.xml file. I found this guide that mentioned how the control client had issues with python3. 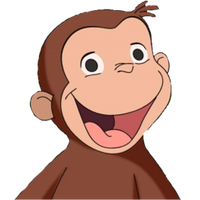 UPDATE: Now with Nvidia GPU folding! I’m still using an AMD RX580 as my primary video card with kernel amdgpu drivers, but I installed an Nvidia GTX 750Ti in a second slot to do the folding. …


Without this guide, I would not have bothered to look into the repository that had fixed the compatibility issue. When I couldn’t get the setup script to work, It made me try filing a issue and try looking at the official Folding At Home github page.

If you don’t want to open the link I will quote it below as well
The OP on the github had the following issues, I also experienced these a while back, but I never documented it

the solution was actually to try 2 things using

Funny enough it was a suggestion @draeh had suggested

I tried posting here, but the suggestions to use didn’t work.

When I took a look at the commit changes, it appears that they solved the python dependency error in March and committed a fix in April

Looking back, I think the reason I got the initial errors in the first place was from not knowing to install the pygtk2 prerequisite.

This prerequisite is no where on the rpm downloads. If I have learned anything from this experience, it’s that a wiki for the project is needed.

Here’s a bright idea, why don’t you link the github on the wiki so that when a new user can’t figure out why the application does not work, they don’t spend the next month wracking their brains trying to search the internet for solutions.

This and not being able to find a fix to get my gpus working is why I got frustrated and uninstalled it. Thanks for the info, may give it another spin.

Funny enough it was a suggestion @draeh had suggested

Mine has always been set to Any, so I (probably?) already do them, though I didn’t check. I would like to let my GPU do some work but I could not get it to work under Fedora yet, I’m not sure what’s up with that. On a side note: Can you add, that FAHControl needs Python2 to run? I could not get it to start with Python3, but adding python2 that to the .desktop file fixed it for me. Not elegant, but AFAIK currently the only way if started from the application launcher.

Which is also pinned in the starting post of that thread.

perhaps, but I feel the issue was I had not installed pygtk2 prerequisite for the control. When I tried changing the python to python2, I still couldn’t launch the program.

At no point in the linux configuration from the support page did they mention needing the pygtk2 package to get the application to open a window.
https://foldingathome.org/support/faq/installation-guides/configuration-guide/

The linux guide has no mentions of needing pygtk2, python-stdeb, python-gtk2 python-all or debhelper to get it running. This will inevitably frustrate new linux users since they can’t even get the program to load similar to the screenshots.

I’m a crazy persistent oddball to dedicate hours of time figuring out how to get FAHcontrol running. I didn’t look for solutions for fixing FAHcontrol until the config.xml file to prevent cpu folding stopped working.