I can’t be the only one that loves everything related to Solar, Batteries and Generators. Who has what? Post pictures 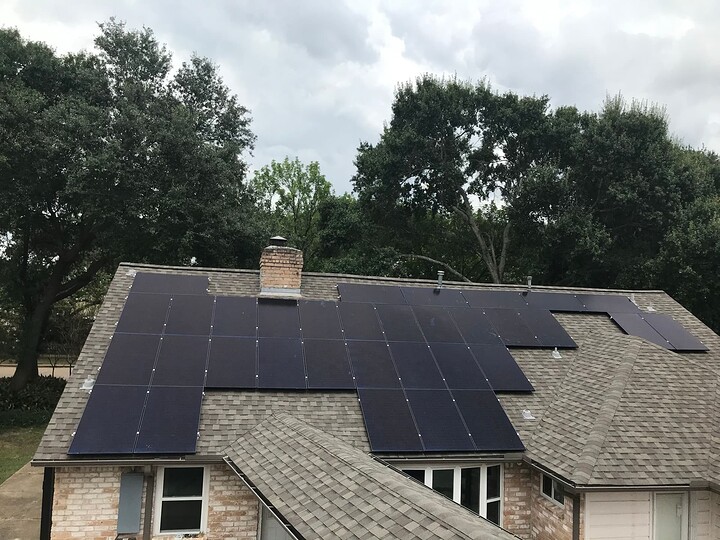 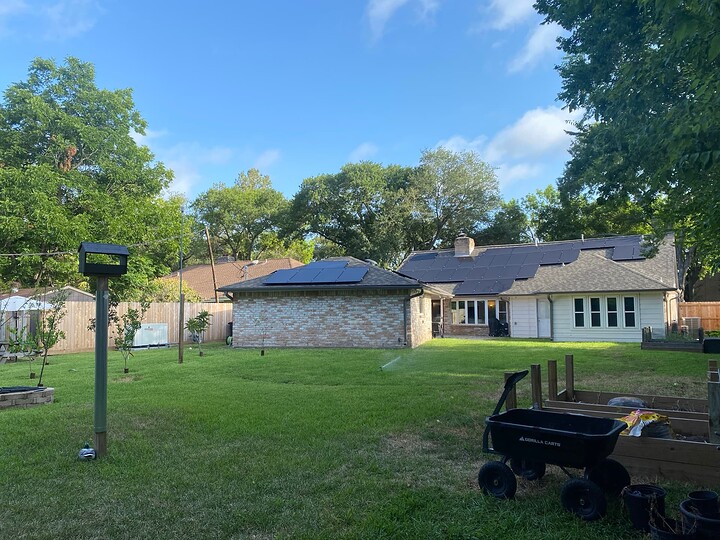 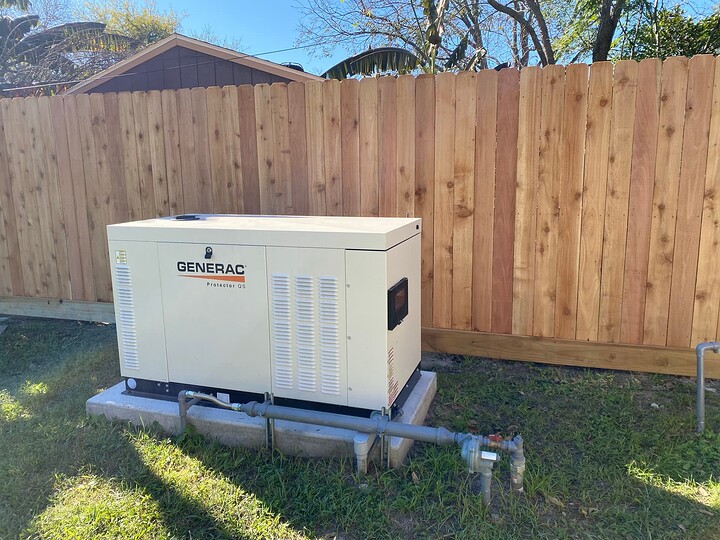 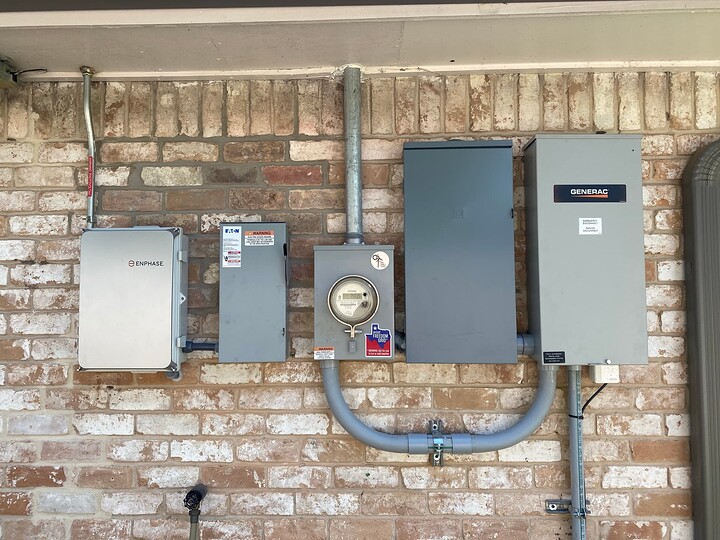 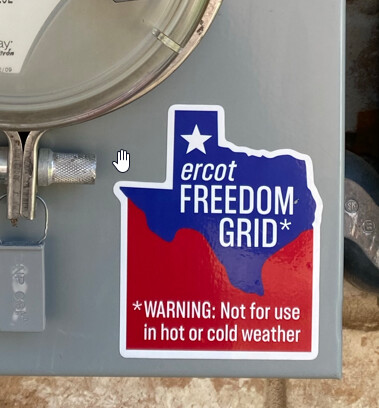 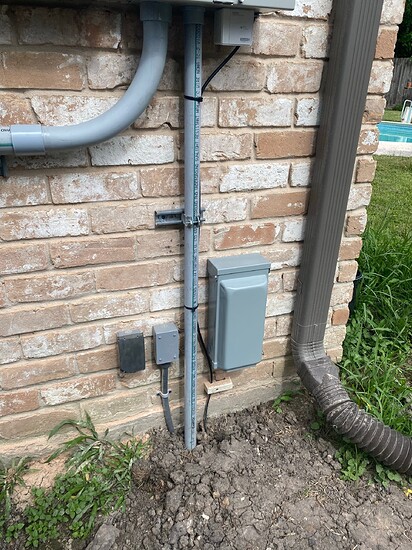 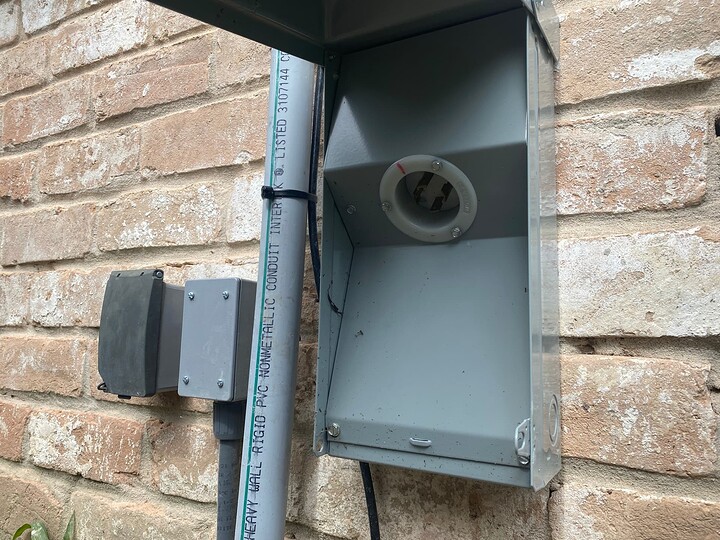 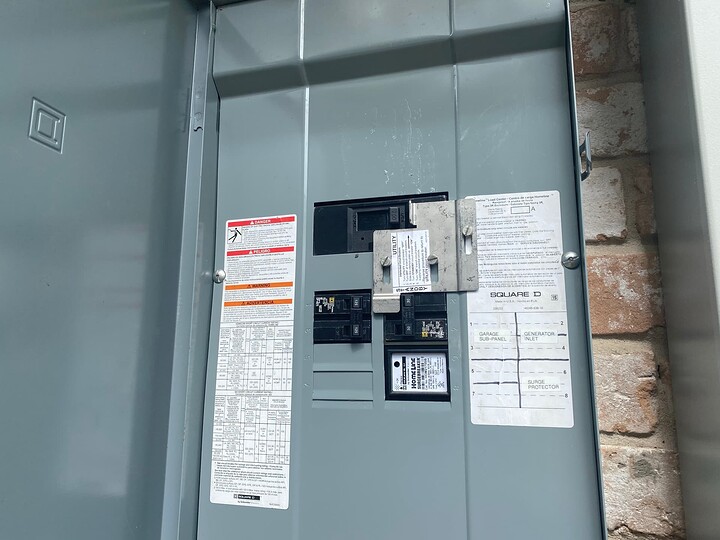 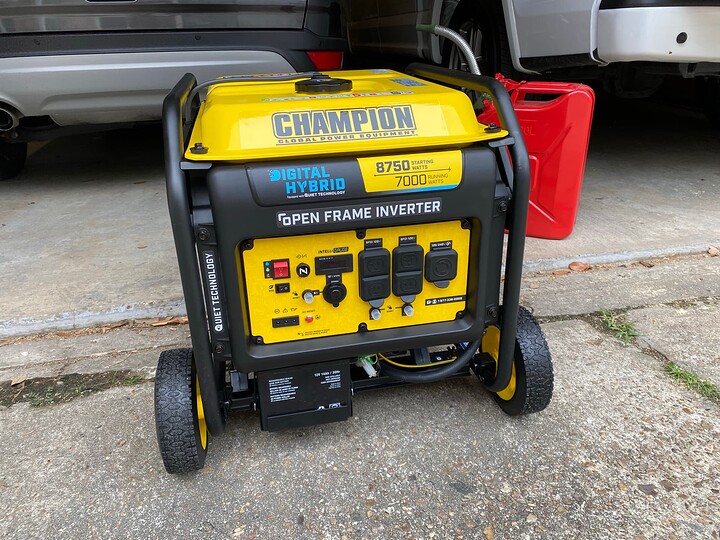 I’ve made some mods to it. NG/Propane kit etc 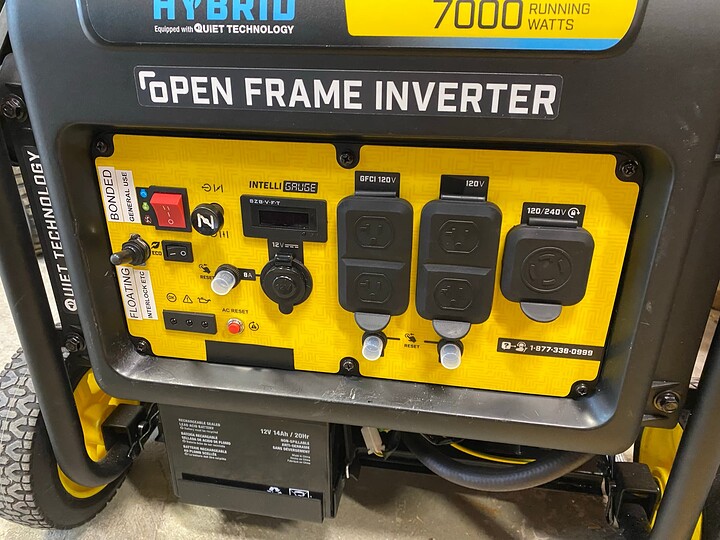 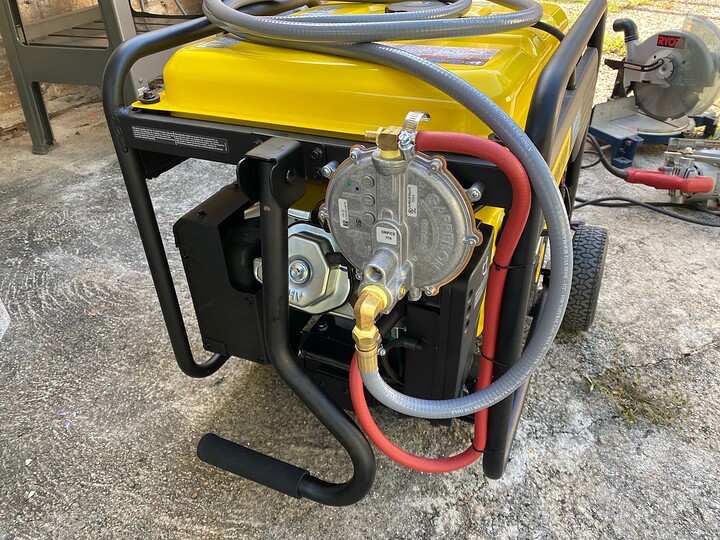 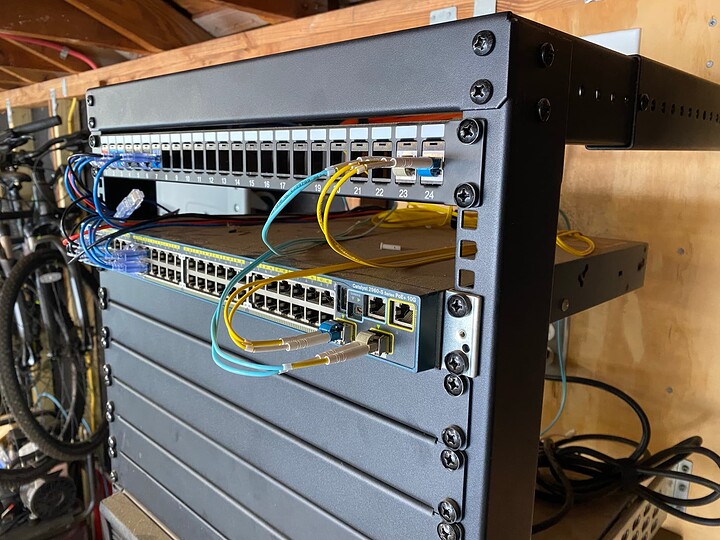 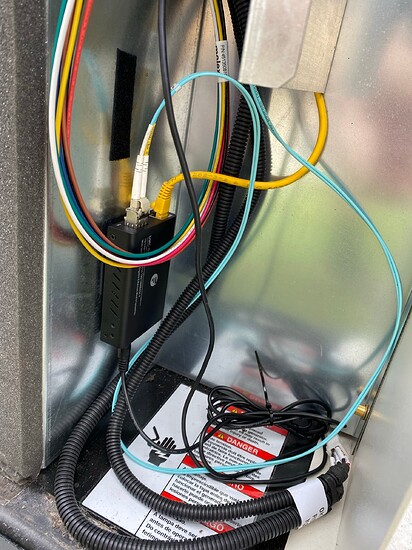 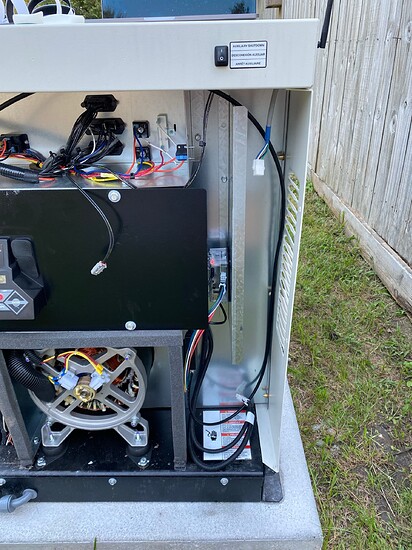 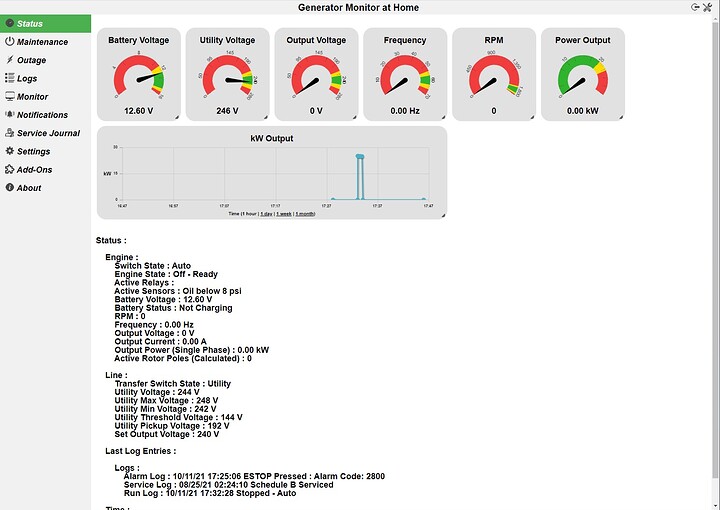 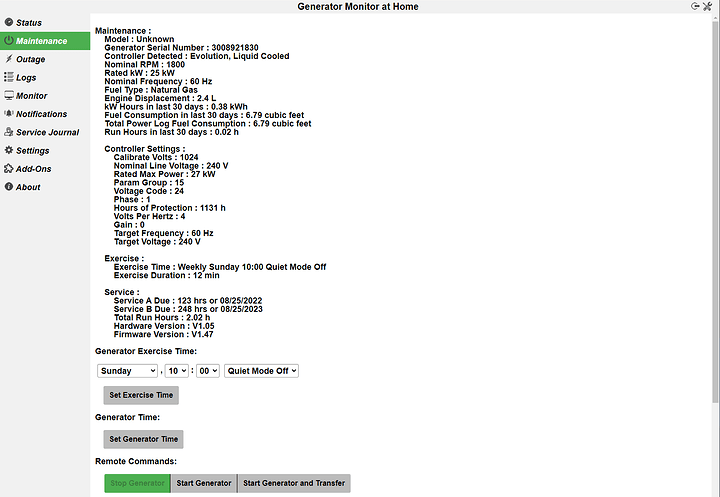 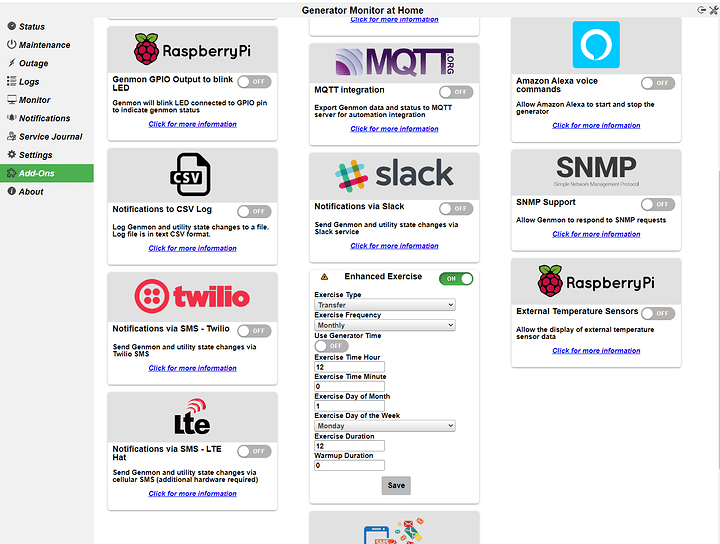 And my overboard power monitoring setup, with unlimited retention and infinite detail 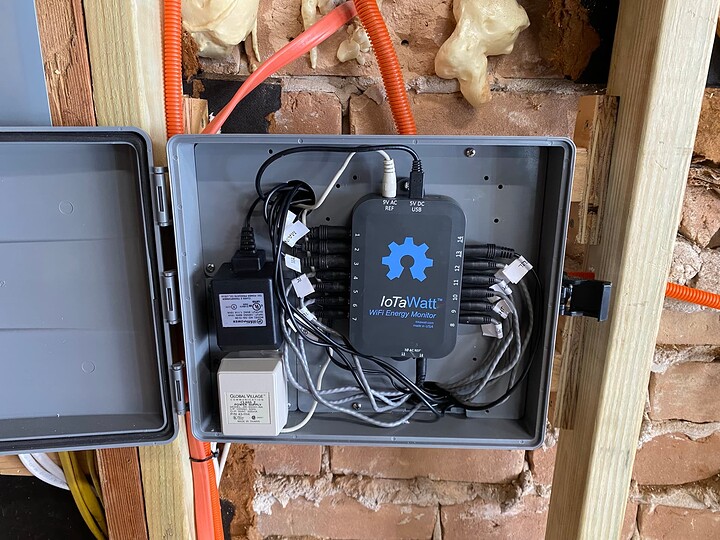 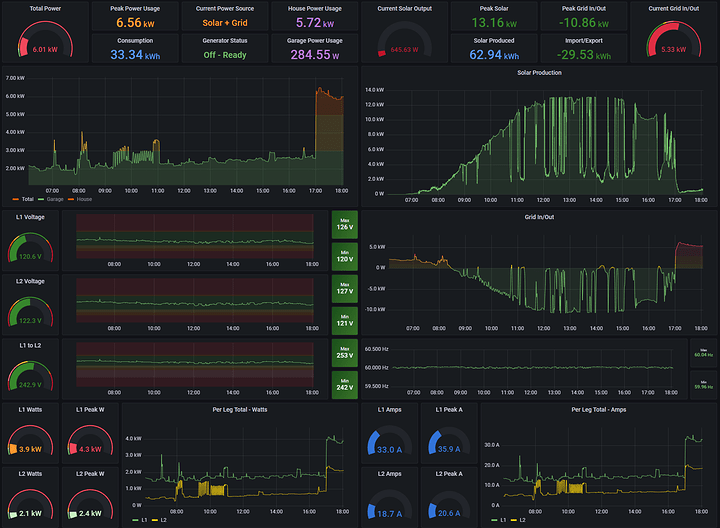 While we’re at it, I have a 3000VA double conversion UPS in my server rack 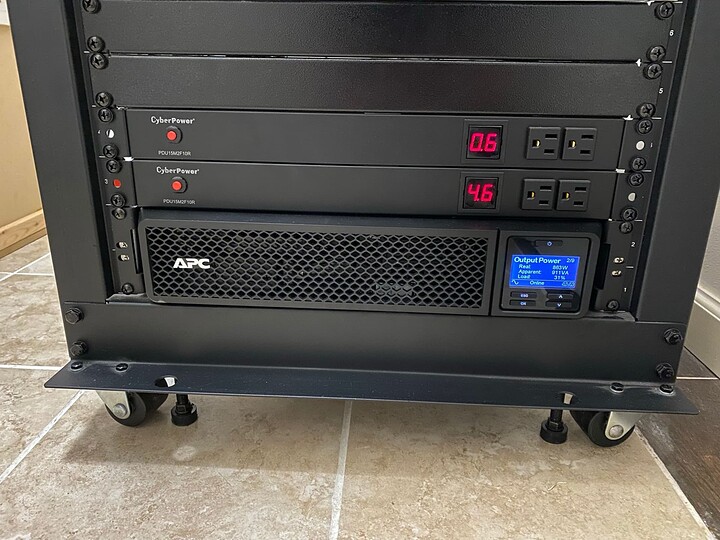 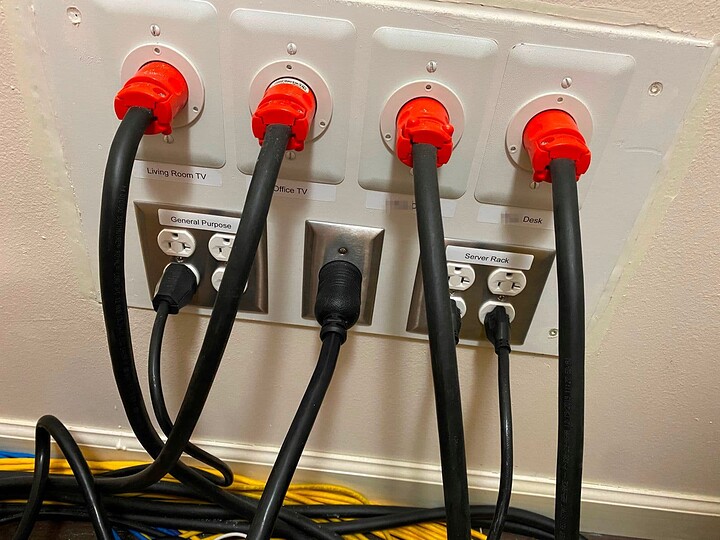 No UPS’s under desks, or at the HTPC setup etc. Everything stays on no matter what!

I can’t be the only one that loves everything related to Solar, Batteries and Generators. Who has what? Post pictures

I’ll come back in 5 years and I’ll post when I’ll have one.

Do you really need all that power? Did you choose this capacity in order to run AC 24/7 in the summer and heat pump in the winter in the cloudiest days?

When you say all that power, are you meaning the Generator, the solar, or the power into the server closet?

The power into the server closet is needed not for total amps, of course I’m never going to be drawing 70a @ 120v in the closet, but its needed for separation. The 30a is needed for the UPS and the loads attached to it (Multiple gaming PC’s and everything on the desks, my entire server rack, etc)

The second 20a circuit I put in there so when I need to plug in something like a vacuum cleaning or whatever, I don’t have to use those dedicated server rack circuits. Running more power there was no more work, just the cost of cable. So I figured I’d do everything I could ever need

As for the generator, no. Right now I don’t need a generator that can output 25kw (The Generac RG027 is 27kw, but that rating is on propane). So far my max power draw is 13.5kw, but I never had detailed enough power monitoring before getting the generator to know that, and I love having the overhead to purchase appliances without thinking about the generator, and knowing I can turn on anything during an outage. The Generac RG022 would have been perfect, but it was just $400 cheaper than the RG027 at time of purchase. In the grand scheme of things with the expensive install cost, I decided it would be much better to just get the bigger unit. With natural gas, there is not really any issues oversizing a little bit as there are not problems like wet stacking you’d see with a diesel genset. Another reason is that the city has this horrible outdated load calculation sheet that makes no sense. Their sheet actually said I needed 25kw of power, which is nuts. But now that I have a 25kw genset, I’m not forced to install load shed modules (Which would never be used anyway, but just more to fail)

As for the solar, it was sized to offset 110% of my power, which so far it seems to be doing

My concern/worry is the invest/ROI on energy and how much kwh/cent you energy. I see your are in Texas, which has some of the lowest energy cost.

Granted for the next 25 years, however i did see what battery chem you are running nor what type of setup, I am assuming lipofe4 server rack units with UL certs with your setup.

I prefer propane over lpg but you seem in suburbia, so I understand the lpg choice even at half the btu lost.

We don’t super low energy costs anymore! We are heavily into natural gas for generation, and that price has skyrocketed. We also have a lot of power companies that went bankrupt, and generators clawing back lost profits from the freeze and grid failure we had in 2021.

I have zero batteries. Right now without DIYing the whole thing, I don’t think it makes financial sense, and I don’t really want to DIY it just yet.

The ROI on the generator is easy, there isn’t one. I want power when there isn’t power, now I do, done. I don’t think a $20K Generator will ever “Pay for itself”, however its still some of the best money I’ve spent. For all I care there could be a 3 week power outage, as long as the natural gas keeps flowing, it doesn’t matter.

For the solar, for me it has about a 9 year ROI, and then everything after that is just free power. No brainer really, and I think its cool

As for the solar, it was sized to offset 110% of my power, which so far it seems to be doing

This answered my question. I was referring to the 17kW of Solar panels. With my consumption, I could get away with 5kW on sunny days, so I was thinking maybe 10kW would be a safe bet for 50-30% efficiency when it’s cloudy outside.

Welcome to the forum @bub_glove_madman!

Yeah. Personally I’m a big fan of energy storage alternatives. We don’t have enough batteries for everyone, so I’m thinking maybe a large propane tank could hold H2 that I could get from breaking water molecules when I get sunny days. Instead of wasting the energy the sun gives, I should use the excess to produce H2, store it, and when there isn’t a lot of sun, start the generator modified to run on H2. Would probably want a portable generator though, as they are easier to work with.

If you have no batteries, how do you power your stuff at night, like your fridge?

50% to 30% when its cloudy is probably a bit optimistic, cloud really, really, really tank the output. Another thing to think about is you want to cover the entire year, the goal is to bank credit in the summer to use in winter

I’m still on the grid of course, so at night everything just works using power from the grid

So I’m looking into taking my power system off grid. But my budget doesn’t allow it just yet.

Im not planning to disconnect from the grid completely, but just have a 60a service to charge the batteries in a situation where there’s no sun.

Unfortunately, ill have to get this whole thing approved by the HOA, because I’ve got 16 330w panels currently, so i need to get another 15 up there i think.

ill have to get this whole thing approved by the HOA,

lol, good luck on that

My plan is to infiltrate them and destroy it from within.

That’s what my dad did with his neighborhood lol

I have a 6kwh array, installed in 2016, paid for itself last year, running a solaredge inverter and power optimizers 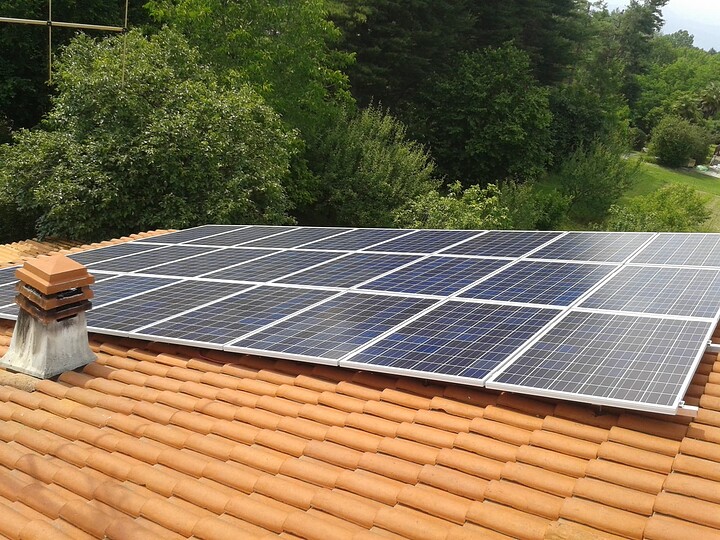 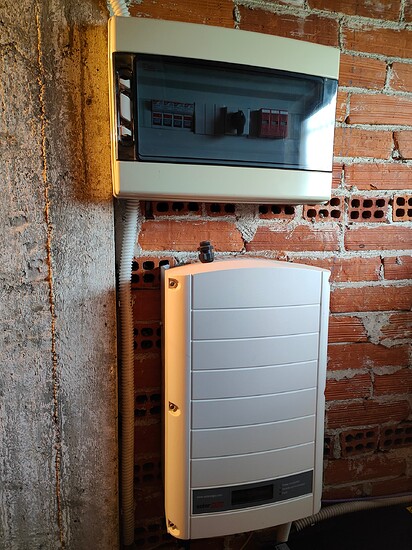 And I am waiting for 10kwh worth of lipo batteries to be delivered and installed, almost done with the electrical wiring segmentation to allow for it and it’s offline grid backup power line to be slotted into my home wiring 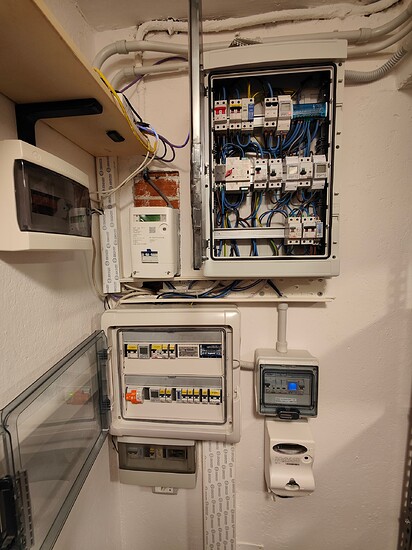 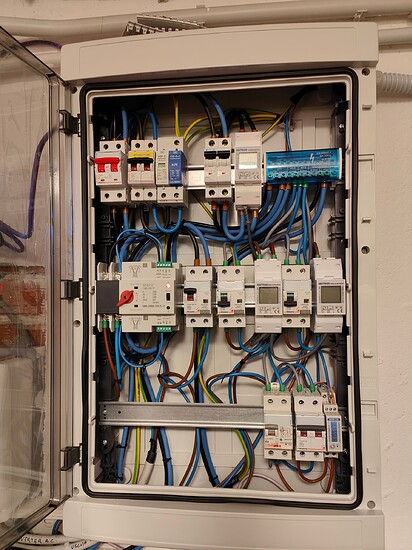 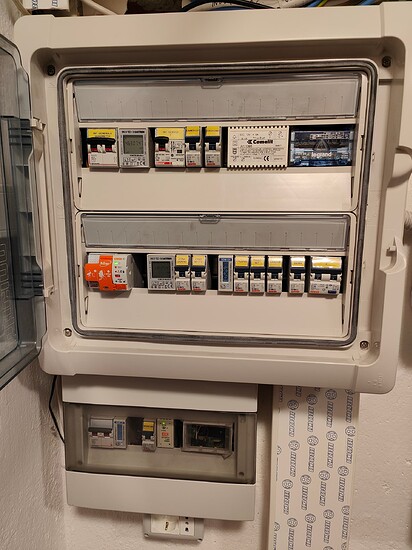 IMG202208051525081920×2560 415 KB
Main house panel and raspberry pi monitoring system
I use eastron modbus meters to monito consumption/production in various parts of the setup, mainly to provide me with integration with openhab, and historical data through emoncms
4 Likes
FunnyPossum August 6, 2022, 4:18pm #19

Thanks for posting, I love seeing installs from different counties. Its wild how much variation there is with electrical installs throughout the world

What batteries are you going with?

Yeah, I never can get my head around your way of doing segmentation and ditributoin of power to circuits, let alone the two-phase 240 volts setups …

I am going with this kit:
https://www.iorisparmioenergia.com/it/kit-accumulo-100-kwh-per-impianto-fotovoltaico-esistente-inverter-zucchetti-e-batterie-litio-weco.html
it’s a sofar rebranded ac inverter that can handle up to 25Kwh worth of lifepo batteries, EU single phase (220v), 3KWh max power output (more than enough for my use case where I will have max 20Kwh worth of batteries eventually unloading 15Kwh over 10hours on a songle phase circuit. It also has an UPS line out … e.g it can provide power even when there’s no power from the grid (by law, in Italy, but I imagine eveywhere else, all equipment that can generate power needs to shut down in a grid down event unless it is providing power on a completely separated output).

The plan is to get going with my current 6kw solar and 10kwh worth of storage and eventually increase the amount of solar panels to about double, and the amount of batteries to 20kwh … waiting for prices and availabiity of materials to be a little less crazy …