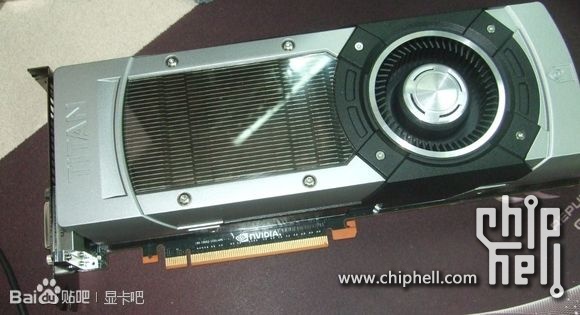 It looks really fucking awesome at least, but i wonder how long ago nvidia already had this card available.

Seriously guys how can you ignore this thread?

Can't wait too see the benchmarks.

Who wants to spend $1000 US on a card for [email protected] outside of a few rich enthusiasts?

You can buy them now over at www.ncix.com !

I wonder if they could use gpu boost 2 on the 670/680, Im getting one of those soon. I doubt they will though. Im so tempted just to throw another £200 at my pc to get one of these.

Linus has a graphics card on his wall 0.o

It makes me excited for what other advances we should be seeing as the rest of this year goes along.

Also hoping that the current generation of tech drops in price a bit; on both sides.

Note that this card is derived from Nvidia's enterprise range of Tesla cards but packaged into the consumer card, thus, chopped down specs from the Tesla. So it seems that they wanted to being the power of HPC to the consumer market. Not sure what can be done with this card. Guyuming at god-tier.

the back of it looks terrible. Youd think a card that cost that much would have a backplate. Why doesnt a company just make some amazing card, at some amazingly low price, then absolutely dominate the market in the time it takes the other company to stop freaking out and ship out a more powerfull card, for the same price

This is a gaming card. It uses the same GK 110 chip as the Tesla cards, but it's not a workstation card by any means. Everyone was expecting the GTX 680 to have a GK 110 chip, but that never happened. Now Nvidia is just milking money from enthusiasts' pockets while still making money off of your average consumer...all because AMD can't compete.

Because they don't need to in order to compete with AMD. That's why we never saw a GTX 680 with a GK 110 core. Why spend the extra money on fabricating the GPU, when they could  compete with AMD using their mid range GK 104 and just slap a GTX 680 sticker on it, and then come out with the real GTX 680 later on after they've made all their money?

well it's here now and can only mean good things for the market, it should raise the bar quite high and also hopefully drive prices down on everything else. hopefully

We're talking about Nvidia here. Not to mention, how many people buy $1000 cards anyway? I really doubt this is going to drive prices down. It might be a good sign for the next generation of cards though...unless AMD just gets their ass handed to them because they can't keep up.

Hey if it's dead, nail/glue/weld/screw/magnetise it to the wall for display! I could do anything alot from a dead video. The only problem is that none of my 2 470s haven't given up yet and will try to keep them running till one and the other dies.

well we can just hope i guess. as long this does not turn into another intel/amd situation. i am contempt