Thanks for the response and sorry I didn’t reply sooner, I got extremely busy and only just saw your message. I was really looking for an Nvidia card anyway so I ended up taking a K40c for ~150€, which was a fairly good price at the time for roughly GTX 970 performance + 12GB of VRAM.

BTW, I guess it’s not of much use now that GPUs have almost gotten back to somewhat normal prices, but here is some stuff I found out or confirmed these past months about the K40c and M40:

guys did someone tried to undervolt a tesla k20x?
if yes, how you did? you had to flash a modified bios or there are some command for do it like the overclock?

Whatboard did you swap it to

@GigaBusterEXE do you have any experience about undervolting a tesla?

Nope, generally no need since they never hit thier power limit before they hit their volt limit

Is it too hot?

my mb is an x79, but it does have 4g decoding. 4g decoding is enabled. so this isnt the problem 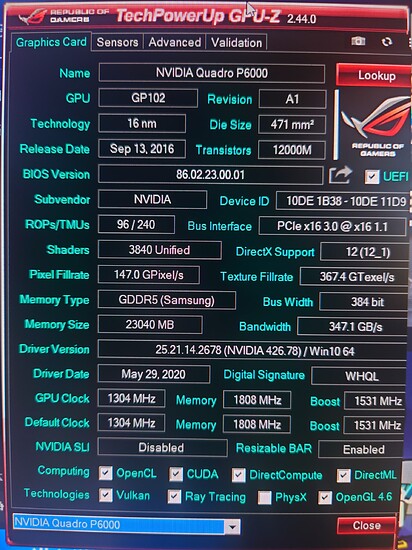 I’m trying to get this to work in a vm with looking glass and gpu passthrough, looking glass is working fine, and I’ve passed an m40 and, an HD 4850 to a Windows 11 guest (I also tried Windows 10, same result) and a FirePro W4100 is giving me video for the host machine, if it matters. Anyways, the M40 appears in the list for selecting a gpu in the windows graphics options and as the “Power Saving” option with EnableMsHybrid=2, it won’t show up with a value of 1. The issue is that despite the M40 being selected, in either the Power saving mode or the manual selection, nothing actually uses it, I’m reading no gpu usage and the Nvidia setting tray activity icon is claiming the gpu is inactive 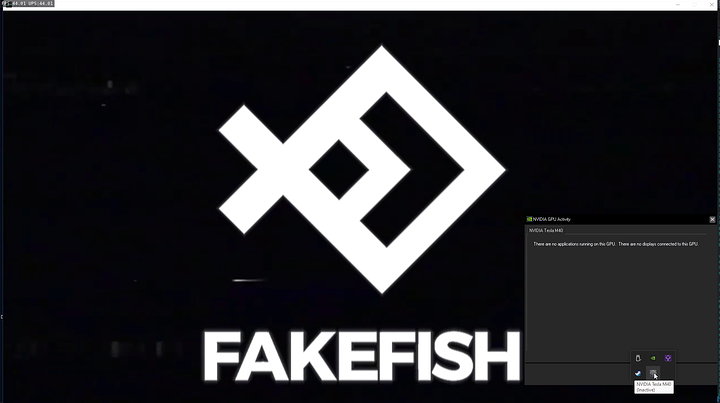 Anyone here run into anything similar?

yeah happens often with the radeon drivers, its something to do with the device order and the driver installed order, potentially the order you passed it through

craft computing has videos on it

Thanks, I’ll try with a non Radeon gpu if I can’t get things working by altering the passthrough order. I looked at the Craft Computing stuff, but I was hoping to avoid the latency and compression that VNC/Parsec apparently has. Though, if all else fails, I’ll give it a go.

r/techsupportmacgyver - Need to test a Tesla card on skeleton workstation? No... 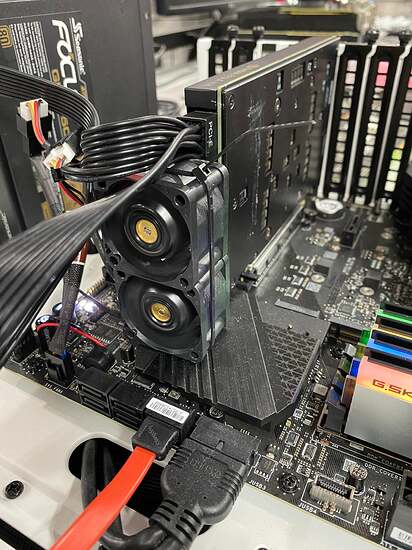 Ah okay, didn’t know Kepler itself was the problem with DX12, thanks for the info. Of course a 980 would be much better performance-wise, especially now that the prices have dropped, but I need high VRAM more than high performance, and I don’t really care about DX12 support

I’d love to get another M40 though, but the prices aren’t low enough yet here (still around 220-240€ in total with the cooler, bracket and adapters).