From mini PCIe to NVMe SSD (via a couple of adapters)

Here’s what I am attempting to achieve with my old laptop:

THANK YOU SO MUCH!!!

Do you foresee any noise or interference issues that could affect stability/reliability/data integrity/performance?

Signal integrity is a big issue, and you’re doing yourself no favors here. That said I bet it still works assuming PCIe 3.0

Do you think those ribbon cables are shielded or not?

Ribbon cables are typically not shielded

how do I DIY shield them?

I would try it without before attempting to shield. I think a bigger issue is all of the connections, not the cable itself.

post pictures… this is just the kind of fuckery I want to see. Let me live this bad idea vicariously through you.

And does the socket work as a normal pcie socket, or only hard wired for wifi by the motherboard?

Ahahah, okay thanks.
I will! Stay tuned…

Ouch, yours is a good (and concerning) question!

Well, I checked it with SiSoftware Sandra, and here’s what it says: 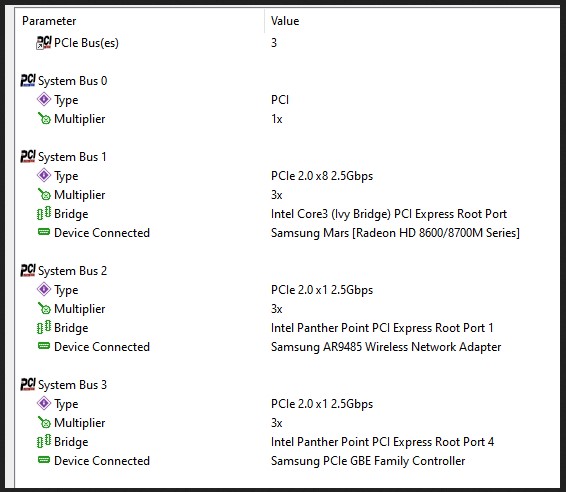 It appears it is a true PCIe slot

Those are pcie gen 2 slots and nvme is gen3 afaik. It should work but you will only get 0.5gb per lane so an x4 m.2 will run at maximum speed of 2GB/s, still way ahead of any sata disk.

I love the idea and can’t wait to see the results!

Edit: The slot is only x1 and if it works sata is actually faster. Check this SuperUser post about mixing generations of pcie: motherboard - Can I insert an M.2 SSD with PCI-Express 3.0 x4 to a PCI-Express 2.0 - Super User

wow very good to know! Thank you so much!!

Yes, I don’t care if the SSD underperforms compared with its max. ideal performance. As long as it works and the data is safe, I don’t care.

I’ll keep you guys posted of the results!

It will take a while to receive the 2 adapters from China… keep in touch!

Thanks to your input, I might have found good news (your superuser link is very interesting, thanks!!!).

I downloaded the tech specs of the SSD and in the footnotes it says:

So, theoretically, it should work.
Now, the only doubts left are:

That is, instead of using both miniPCIe extender AND miniPCIe-to-M.2 NVMe converter, I’ll use only the latter. So, less cabling, less connections, less mess.

Only, since it would not be long enough to reach the only free spot inside of the laptop body, I will cut a fissure open through the bottom hull of the laptop, have the flat ribbon cable get out of it and, in some way, screw a plastic casing externally, under the laptop’s bottom, where I will rest the NVMe and the rest of the ribbon cable partially folded.
I will then replace the very short, sticky, gummy feets of the laptop, located in the 4 corners, with 4 thicker gummy gripper pads that will keep the laptop lifted enough to allow the placement of the SSD underneath it.
I have already checked, and the central area of the bottom of the laptop, corresponding to the mPCIe slot and where I would place the SSD, has neither vital parts internally, nor air vents. It’s just plain full plastic. I can cut it and also drill 4 holes for screws, even more than 4.

What do y’all think?

What about finding a smaller nvme? Wendell reviewed some 2230 ones.

My problem is not the SSD size. The problem is reaching the empty spot in the laptop that is the only spot that can host an SSD, whether it is a 2230 or a 2280. So, even with a 2230, the ribbon cable of the mPCIe-to-NVMe adapter would not be long enough to reach that spot

The extension would have allowed me to seat everything in an empty corner of the laptop. Without extension cable I have no way to keep the drive internally. Therefore, I cut a window through the bottom of the laptop’s case and I’ll let the ribbon and SSD slite outside, on the bottom, then cover them with some sort of added thin hollow shell… And will raise the feet of the laptop, so its central added shell won’t “touch” the desk.

Everything is in the video, enjoy: 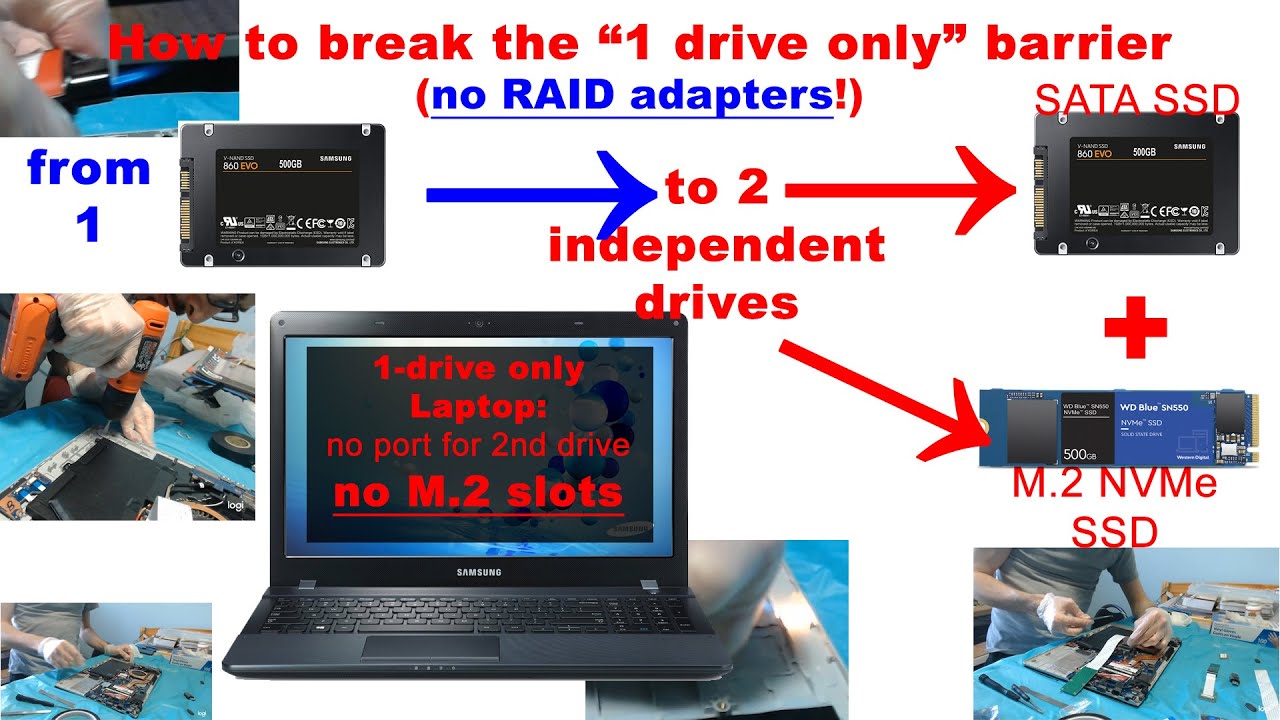 Does it work if the ribbon cable is away from the motherboard and other RF/EM sources?

I haven’t tried what you ask, but it would be hardly possible, as to get out of the motherboard the ribbon cable should still cross at least half of it…

Unless I bend it and drive it to go to the battery and then get out of it… what do you think? Thanks

I’m trying to source an FFP or FFC ribbon cable like the one of the miniPCI Express-to-NVMe adapter that works alone but is too short, so that I can replace it with a longer one without needing the miniPCI Express extension that jeopardizes its functioning, but I find it impossible. I checked TONS of websites and pages on AliExpress, eBay, Amazon, Newegg, etc… I only find those 20cm and 30cm FFP ribbon cables for A/E Key adapters (M.2 slot but for SATA or WiFi cards only, not for NVMe SSDs), but I can’t find a ‘full’ “Key M” one…

I was just curious because if it’s ‘just’ lack of shielding you can probably DIY some aluminum foil + tape.

just wrap the ribbon cable in aluminum and seal it with kapton tape? Would it work?

It will shield the cable yes

The connectivity issues could be signal integrity due to stuff like impedance mismatched cables (ribbon cable is probably generic cable not specifically made for pcie signals).

Just as a test, did you remove the battery and try the drive in the space where it was?