Again, there is a story and quests. You just don’t get them from NPCs. If you don’t like that, that’s fine. I don’t either. But they are in the game.

I’ll look into the game more when the promised “private servers” come out, then it’ll essentially be single player with a sprinkling if I choose.

I played about four hours over the weekend. It isn’t a bad game, but removing regular NPCs and replacing them with terminals really made the world feel empty. Reminded me a lot of borderlands in that way.

Did you get an impression of an overall story? Or is it errand boy stuff?

Its really sad that there is a fallout game that I will never play, but fuck it

Voting with my wallet, here is hoping enough people also do the same.

I felt like I was just doing fetch quests. There was the main overseer quest but that directed me through building and mod tutorials so I stopped. Last quest I did involved walking 5 minutes then clicking on a valve. Once I did that I logged off.

It felt like the FO4 town building, weapon/armor crafting was the focus, along with side quests. I expect fun in a group if you want to mess around but it isn’t for me.

I would be very surprised if private servers ever materialize. Assuming you’re talking about running your own server rather than Zenimax giving you a private instance, anyway.

Monetizing the game is much more difficult if you allow players to control the server. So they probably won’t do it, ever.

i hear there are no NPCs?

i was HOPING for essentially

in order to have a shared (mostly PvE) game with the GF and a few friends. which is what it sounded like they announced at e3. e.g., something like borderlands 2 in the fallout universe. MMO style if you want it, but limited multiplayer if you don’t have time to deal with the grind.

I’m not overly concerned with private servers hosted on my own stuff. i’d be happy with something like elite dangerous where you can play with “friends only” but it is still hosted elsewhere.

if i can get something close to that i’ll be happy. otherwise (if i am forced into games with random people) it’s a strict no buy.

Instead of Fallout 76, I’m playing Fallout: New California, a.k.a. Project Brazil. But if the graphics in Fallout 76 aren’t pretty enough for you, stay away. This is a mod for New Vegas, and the download is nearly as big as FONV itself. This is the version 2.0 beta… 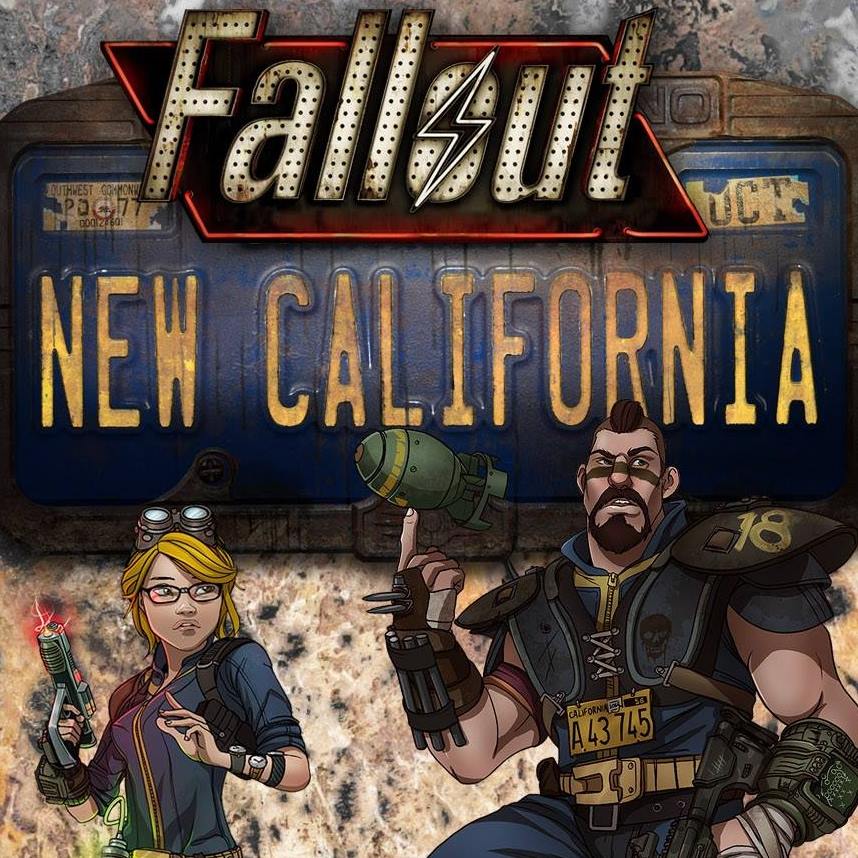 Fallout: New California (originally Project Brazil ) is a fan-made modification for the 2010 action role-playing video game Fallout: New Vegas developed by Brandan Lee and Rick Hukkanen, along with many members of the Fallout Modding Community. New...

hear there are no NPCs?

I’m slightly confused on that one as I have seen gameplay for FO76 that had traders walking with brahman, don’t know if they are in there or some one added FO4 footage in with it.

Then I found this…

Since they trust the client, I expect to see a LOT of cheating in F:76.

It gets worse. No server-side collision validation and the network stream is completely unencrypted. So not only will there be a lot of cheating, but expect to see botting too.

It’s astonishing that a team of MMO veterans F’d up this badly.

lol. i hear that physics, etc. are driven by (client) frame rate in F76.

So if your card can run 200 FPS for example, you can run faster than console peasants who are running 30 FPS

I just think the whole concept of the game is lacking. Won’t be buying it. I want a story. Not a bunch of trolls running around with their pants off. Would’ve much rather have waited for the next installment and had co-op added to that so I don’t have to deal with all the people screwing up the atmosphere.

Edit: and for the record, I love how ESO was executed. This just looks like a mess. “Oh, we got multiplayer working on our 12(?) year old engine. Yay.”

a team of MMO veterans

Who? I don’t think any of the studios who worked on the engine have touched multiplayer games. At least not from a quick google.

Zenimax Austin is largely staffed with MMO vets. Austin is MMO town, it’s where tons of MMOs started, beginning with Ultima Online and moving on through Star Wars Galaxies, SWTOR, ESO, etc. It’s run by Rich Vogel who also ran UO. Austin is the center of the universe, MMO-wise.

The only ones i saw where studios that made single player games. What studio is working on it that’s done multiplayer?

Zenimax Austin is new obviously, but the studio is comprised of Austin MMO vets.

That’s why it’s so surprising they’re trusting the client. That’s blasphemous. They should have known better.

Same. I hate that they rely so heavily on fellow players to give the world context. I think I may have fun with it because all of my coworkers are gamers and we can play together but I feel bad for people who don’t have that it’s gonna be kind of rough.

Yeah. I don’t usually play with people… At least not on PC. And on consoles I just play with my family usually.

The whole no NPC thing is definitely what bugs me the most though. Most people are going to enter the game just wanting to grind and to not get info the atmosphere and I feel that might ruin it a bit. I don’t know though. There’s also potential for the players to establish large factions and everything of that sort… But then the map size holds lore development and a form of economy back.

It’s sort of disappointing though. Was really looking forward to it until I heard there wasn’t any development planned. One of my favorite components of Bethesda games are the people you interact with.

The bugs don’t even bother me. They’ve been in every Bethesda game since their inception and a lot of them will go unfixed. I don’t mind. I just like having fun and being engaged while playing them lol.

You know… I miss PlayStation Home. It was a proper setting to meet other players and to play decent arcade games with them. They should really do that with VR. As for mainline game franchises, I don’t care what they do… Just leave the main story alone.

I cant find anything that’s says anyone other than Bethesda game studio austin is working on it.