Hoping that people who own fallout 4 will post their hardware and we'll see more than 5820K's paired with 980 ti's. Someone might post and say "I want a machine for fallout for for 550 USD" or something so there might as well be a reference for the future.

While I do not own 4, a friend for whom I helped build their desktop does and I was surprised that it even ran. With some tweaking and fiddling it might run better, but here are his over all specs that matter:

The rest of the parts I don't remember off the top of my head but he was at a solid 48 FPS on low settings with anti-aliasing at 2. He was also playing at 1080 so he could boop down to a lower res and get better results but oh well.

Currently running Fallout 4 on Ultra settings at 4k. I have forced tessellation to only 16x(in CCC running the latest beta drivers), AA to FAA(Low), anisotropic filtering at 16 samples and Godrays to medium. With that setup I'm getting 35-40fps. Turning AA off, anisotropic filtering to 8 samples, Godrays to low and tessellation to 8x results in the game running at 40-45fps.

I messed with 1440p as well. Getting 80-90fps(with the 60fps cap disabled) with the same settings. While you can tell some difference in the framerates between 1440 and 4k(losing half the frames at 4k), since it isn't a twitchy shooter there really is no harm in running around 40.

The game(at least so far, I'm a wanderer and try to do a lot of everything...so I'm like 9-10 hours in, but only messing around in Lexington now), has had very little frame droppage. I've seen it at 33fps a few times, but not yet below 30.

If I leave all settings at Ultra with max tessellation (64x), full AA and full anisotropic filtering it runs around 20-23fps.

**While it is possible for me to up these settings just a bit more, I noticed a few frames dips (very minor ones), so to help me reach a more stable and comfortable 60 is the reason why I lowered a few of these options.

I'm playing on my 2560x1080 ultra wide with the FOV in the ini file cranked up and all settings maxed. The only time I've seen it drop below 60 was walking into Lexington.

always above 60fps (I did not modify the .ini to remove the fps cap)

I will try the game this afternoon on my livingroom PC and update the results here, specs are:

I'm running 1080p at ultra and haven't noticed any bugs or issues yet. Smooth no tearing(so probably locked at 60) Haven't got too far so maybe something will crop up.

With your specs you will defiantly want to tune it but should at least manage low.

I am running the game on mostly ultra settings @ 2560x1080 with Godrays and Shadow Distance on medium and object detail on high.

i7 4790K, 16GB DDR3 2400Mhz, 2x GTX970 OC (around 1500-ish), 840 EVO at 4k on ultra, without AA, between 30-50 fps (i use MSI Afterburner). Will appreciate a nice graphic setting guide, or some sort, i didn't notice a big difference in fps between medium and ultra, that's weird. I didn't find any useful advices in this matter. Gameplay is stable and bugless so far, but i would like to tune it a little bit to get moar fps, without impacting the appearance much. So the basic question is: which settings should i turn down to gain a significant amout of fps? Or maybe the Nvidia control panel?

I'm using mostly ultra setting. I had a few dips down to 30 fps so I switched the AA to FXAA and adjusted the godrays and shadow distance to medium. I also set CCC to override tessellation at x16 and adaptive multisampling on. It runs at 60 fps mostly with a few minor dips into the 40's here and there. I've also noticed some minor stuttering but I hope that gets smoothed out with AMD's next driver release with a game specific crossfire profile. I haven't noticed any problems with crossfire other than the stutter and some flickering on the perks screen. I can't imagine that I would be getting 60 fps @ 4k w/o crossfire. I also made some of the .ini tweaks, adjusted FOV to 110 for 1st person and 90 for 3rd person and removed mouse acceleration.

Althon 750k 4.0Ghz
GTX 650ti 960Mhz
6Gigs of RAM
Even with my poor specs for the time I'm able to play with a mix of medium and high settings at a comfortable 40-60 FPS. Never seen it drop below 40. Though I am playing on a dated monitor with a res of 1440x900. I am pretty happy with it overall. Also, what is this tessellation everyone is talking about, and how do I lower it? I want more constant frames, as that's really all that's not going well.

i get 60 fps at 1200p after lowering tesselation, god rays, and shadows.

I wouldn't worry about the tessellation unless you have a amd gpu. Just nvida has a big advantage with tessellation so when a developer uses heavily AMD users get out their pitchforks and assume its nvidia fault. 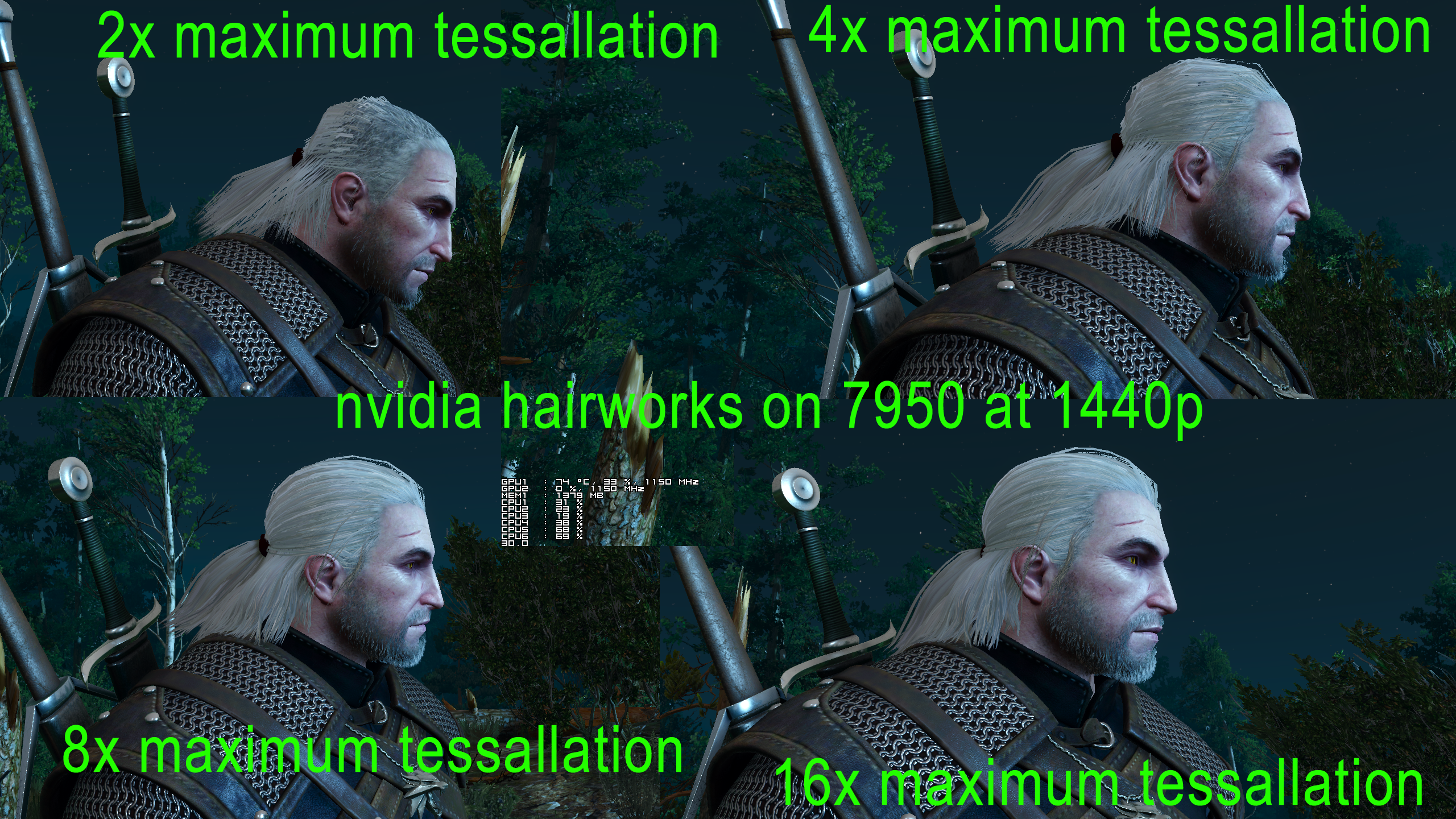 Since it's a titan I guess x I won't bother to get into detail beyond that it looks and plays flawlessly.

I think in a few weeks when I am stuck on my work machine (a8 7600/270x 8gb) I will do a more in depth report regarding performance.