David Bull (Woodblock carver in Japan, i like his work) is making a new series of prints called “Eight Views of Cats” but this time instead of using a designer he knows is looking for people who would like to enter in their own designs.

I know there are a few artists on here, so thought this might be of interest and maybe something a bit different.

(His idea is for people to submit a simple concept sketch, then from those picked he will pay everyone $100 for a more detailed colour design, then from the final 8 which will go to carve and print 10% of royalties from the sale of the prints.)

Japanese woodblock prints if you don’t know are art which are carved on (commonly) more than one block of wood, and then ‘printed’ onto paper. It usually involved a designer, carver, and printer (a person not a computer printer) to get the final product. 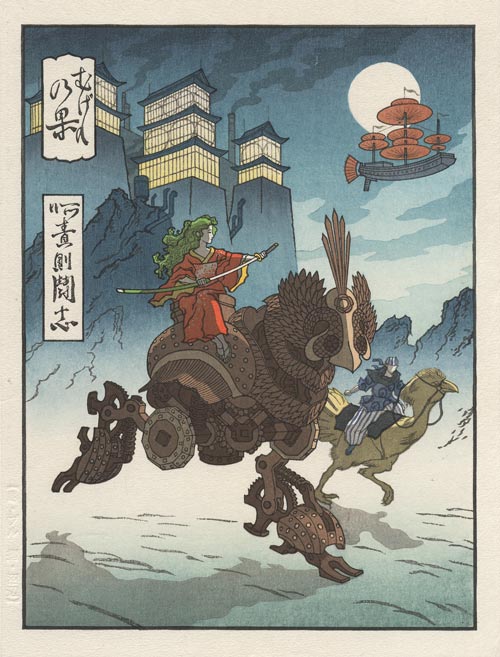 So basically everything what gets selected, you basically get paid 100 even if the doodling over turns shit

First submission isnt paid, but hes not wanting anything big, a concept sketch basically. The ones which are picked they’ll pay for a more refined colour design within their template etc. regardless if its picked as one of the final 8 which will be used. The final 8 will agree a contract and get commission from all sales.

There’s an update on this.

He’s received a whole load of submissions, he goes over some of them in this video. They also decided that $100 wasn’t enough for what they were asking for people they asked to do the second stage colour design and upd that to $300 for everyone they asked to progress.

One of the designs was a concept from someone with not much experience drawing, but he liked the idea and suggested a collaboration with the guy and another artist (splitting the royalties) which is cool.

Some of the designs he’s showed I really like, especially the cat in the rain.

Worth noting he’s changed how he’ll progress slightly, and now will be looking to move forward with a theme when they’ve found some good stage two designs. So 2 of the 8 themes they have designs there moving forward with, but for the other 6 there still taking submissions for consideration to move to stage two and onwards.