Software this machine needs to run include:

Any advice and input is greatly appreciated.

Not sure if Adobe’s bulshit doesn’t work better with higher clocks than more cores, so Intel I guess…?

not the shoddiest case

Didnt realise you had a seperate post for it…

For cinema4d the 2700x is the absolute best bang for buck cpu you can get, nothing else comes close.

The 9900k, which costs almost double and requires a pretty expensive motherboard and cooler to keep it under control is only 11% faster in cinema4d.

Please read this to get an idea of what CUDA actually does in premiere… I know its dated but its still relevant.

[: For details of what was new regarding CUDA and OpenCL processing in Adobe Premiere Pro CS6, see . If you're using Premiere Pro CS6 and later, note that nearly everythi...

I see nothing wrong with Seagate, and they are in RAID 1 which gives some form of redundancy.
A more cost effective option MIGHT be Toshiba x300/N300 drives

not the shoddiest case

I’d honestly say a case is pure preference so I’d let choose whatever.

I see nothing wrong with Seagate

To be honest, for the best bang for your buck it might be worth to get some of the parts used, especially when you compare to used hardware anyway. I am specifically thinking about the GPU for example (from someone that wants to upgrade).

What resolution does he need? (And what color accuracy) The screen may be the hardest part here.

I agree with @psycho_666 that the 8700 would be better for Adobe Premier and Aftereffects but from the overall value I think 2700X (or 2700 overclocked) makes sense when you include cinema4d (what @flazza said) It depends on what software he uses the most. Also the 2700X will be a lot faster than what is in an old iMac anyway.

I would shave some money off by using a sata ssd, there won’t be a noticable difference most of the time.

Which features does he want in the motherboard? I thing you can go a bit cheaper than that.

What iMac are we comparing against?

Edit: It seems like most functions that use open-cl also can utilize cuda, so the elephant in the room is whether H.264 encoding is worth it going with intel or not. If H.264 encoding is not that important I would say go with the 2700(x). 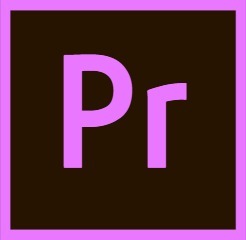 At first glace, the recent addition of "hardware acceleration" when exporting to H.264 and H.265 in Media Encoder and Premiere Pro provides a huge boost in performance for many users. Unfortunately, it is not a perfect technology and result in lower...

Didnt realise you had a seperate post for it…

I didn´t until I remembered we have a “build a pc”-category. Thanks for your input on C4D and Adobe.

What iMac are we comparing against? 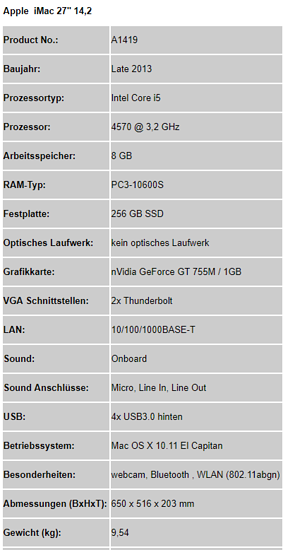 I see nothing wrong with Seagate, and they are in RAID 1 which gives some form of redundancy.
A more cost effective option MIGHT be Toshiba x300/N300 drives

Storage is quite the situation, as said, the machine is for a “Not a PC Person”. So dealing with storage in the simplest way possible (data is just there) is prefered.

Storage is quite the situation, as said, the machine is for a “Not a PC Person”. So dealing with storage in the simplest way possible (data is just there) is prefered.

This is the reason I would recommend backup over RAID. You can have incremental backups like “TimeMachine” on mac OS. Set it up once and never look at it again. In my expereince user error (i.e. accidentally overwriting a file or needing that one folder back that you thought you don’t need any more) is much more common than a disk dying and you are protected from that too with backups. Also there are those people that don’t replace a dead disk in a RAID.

For me it is important to know the importance of the screen specs. Some people buy the iMacs only for the screen.

Also, the more I look, the more I am inclined towards the 2700X. I think that’s the better choice (except when you get something used for cheaper, lots of people are upgrading around now).

Neither thunderbold nor optical drive are currently in the discussion.

if its r20+ then gpu is the primary concern (due to pro render) and you could just whack in a balls to the wall high ipc / frequency quad core (which would satisfy the adobe gods).

if its less than r20 then cpu (cores / threads) is your primary concern.

If you’re planning to also render for a couple of hours or more, I would suggest you stay away from iMacs. The thermals on those leave a lot to be desired for sustained loads and if you factor in 5years age and realize its an all in one, it could be a risky purchase. If you must have Mac OS, you can go a Mac mini sized hackintosh or Mac Pro for best cooling and performance. For that budget you could go 7th gen instead too to have more tried and tested build reviews to choose from.

Otherwise, I would definitely go the 2700x route with a midrange maxwell gpu.

In the distant past I have had very bad luck with Seagate drives. Currently I’m using HGST drives with no failures. And 1 Toshiba failure this year.
Keep in mind two new drives in raid 1 are wearing evenly and do stand a chance of failing at the same time.

I have used raid 1 in the past but now I’d probably use 1 drive as a storage pool and the second for weekly backups. That would probably stand a better chance of data retention. Raid 1 is usually good for keeping the system alive in 24/7 environments.

Not sure if this changes anything in hardware selection.

As for the iGPU acceleration, I am lost on that, does this really help in any meaningful way when you already got a GTX 1050 Ti planned there? The GTX 1050 Ti is more than twice as powerful as Vega 8 and Intel HD 620 is about equal to Vega 3. Again, I don’t know how this is utilized, maybe the software has some clever tricks I don’t know about that help.

Going back to the GPU, wouldn’t a GTX 1060 be a better buy for this? (Note that if you need CUDA, I am not so sure if the RX 570 and 580 are such good options but they might be better than a freaking GTX 1050 Ti). If the budget is too constraint and you need CUDA, then I suppose a GTX 1050 Ti works until you feel like upgrading.

Not gonna happen. That is easily 400,- bucks alone. Get 16GB of good memory now, get more later if necessary. Gskill TridentZ 3200 CL14 is super solid and (on my X470 Taichi Ultimate) runs at full speed with 32GB in four sticks.

970EVO is great but don’t make the same mistake I did, get the 500GB version. It is less money / GB and the bigger drive is also quite a bit faster.

Personally I would go with the NH-U14S instead of the Cryorig but that is purely because I’m fangirling for their stuff. In terms of mounting mechanism and especially the performance to noise ratio Noctua is still king. It is a couple bucks more though.

Cooler depennds on how the rest is priced.

As for the iGPU acceleration, I am lost on that, does this really help in any meaningful way when you already got a GTX 1050 Ti planned there?

Good question and the reason I am here for help.

if its r20+ then gpu is the primary concern (due to pro render) and you could just whack in a balls to the wall high ipc / frequency quad core (which would satisfy the adobe gods).

is R20. So RX 580 because it computes better than Nvidia?

Is that normal price or sale price. I seen 16 GB of RAM still exceed $150 often.

And how do you buy that RAM faster later?

Can’t you just overclock that RAM?

Can’t you just overclock that RAM?

You can, and XMP is basically overclocking. However in this case, it is stability above everything.