Do I need different fans for intake and exhaust?

There must be someone who knows this stuff well.

It didn't occur to me (no idea why) that apparently different fans for different things.

The title says it all, is that a thing, and what should I look for if that's the case?

Well the primary difference between fans is airflow and static pressure;
Its almost religious if one uses this for that, or that for this...

If the airway is unobstructed the airflow fans provide, you guessed it, air flow performance;
But as soon as something obstructs the path, a cooler, holes, air filters, and so on .. static pressure fans are preferred as they are made to push air through stuff with pressure;

I actually use static pressure fans for all applications, and so far had always good results. If i remove the front filter, the temperature of my CPU drops 4 degrees Celsius in a few minutes. I could have benefited greatly from higher pressure fans. My current fans are 140mm Silent Series R2. They are silent. But they are not great for static pressure, and the fan filter is blocking them massively.
Best thing you can do for intake - static pressure fans... Exhausts doesn't really matter... In the rear - high airflow. At the top - depending on what the top is.
Basically wherever you have blockage - thick filters, Define style intake, radiators, air coolers, you want high static pressure...

@Tazuna i was meaning their purpose, as a couple of replies have said, static pressure over airflow etc.

It seems that id want fans with good static pressure then for intake if i wanted more (Define R4 has a much needed filter on it).

It seems to not be easy to find what ones have good static pressure, descriptions are vague :/

Is their a noise hit for using high static pressure fans?

I personally have 3 intake and 2 exhaust so that more air is entering than leaving so that the dust gets pushed out of the case rather than sucked in. (more air in = less dust in my experience)

Ive just read this, i knew about positive pressure but hadn't thought about it enough to consider what bearing that had, i do need an extra intake.

Any recommended brands. High static pressure, silent as possible, are those two things i can get in one package? (im prepared to pay a little more for less noise, need to get rid of my old PSU as well its a noise master even if it is reliable)

Oh, that's easy. Just looking at them you can momentarily say...
Just giving those as example:
AIRFLOW FAN:

Usually, the thicker wider blades have higher pressure. The airflow difference is minimal...

Noise depends on the motor type and aerodynamic shape of the blades etc. Keep in mind, that moving air itself makes noise, so 100% silent system is impossible. But R4 can kill most of the noise anyway...

Thats awesome, thanks for the info.

@Eden
If I am correct you have the R4, as do I.
I use the fractal fans (bought the same type that case came with, cant remember model)
Keeps my system cool, at the very least it takes about a year or so for there to be any noticeable dust in the case. can only see it on the top of the PSU.
I have one fan on the bottom blowing at the gpu, 2 in the front, one on top, and one in the back. I imagine high pressure fans would improve your airflow but I dont think that they are needed if your system is similar to mine.
If you can find some high pressure fans you could try them but I find the fans i have work well. Model is R2 case fan, ~40cfm

I use noctua fans for my system; the poop brown ones which are totally silent when turned down, and still keep everything chilly and happy ^^
For the network closet I use the noctua industrial PPC (which are deafening at full speed, but move tons of air)

I have one fan on the bottom blowing at the gpu, 2 in the front, one on top, and one in the back.

So you have the same fan placement as my Arc Midi R2 case...

I use the fractal fans (bought the same type that case came with, cant remember model)

So you have the same fans like me, Silent Series R2, have been discontinued for awhile now...

high pressure fans ... I dont think that they are needed

R4 have the closed intake... They are needed... The fans at full 12V have something like 0,8mm/h2o, which is AWFUL pressure. Belive me, higher pressure intakes with that restricted front will drop may be 3-4 degrees immediately from your CPU and 2-3 from the GPU...

have been discontinued for awhile now...

They still sell the R2s as far as I can tell.

You folks might need them but I don't. I have enough airflow to prevent my components from heating up too much which is all I need.

I use noctua on one of my other builds for the CPU. I do like them.

I've only compared it to corsair, has higher SP, and lower noise.

Those are exactly those that I have. Two in the front, one in the back ... where is run the front ones at 60% duty cycle and the back one at 40% and the two on the tower cooler are regulated accoarding to the CPU

Like that I have a slight overpressure in the case (Corsair 750D) and still plenty of cooling without any noise;

The GPU gets the loudest when it is under load... I even have enough air pressure and flow so that the PSU fan never kicks in as it gets enough collateral airflow to stay below the 0 rpm threshold.

How are you setting fan speeds?

ASUS UEFI ^^ thats what the PWM signal is for.
If the mainboard does not support it, there are quite a lot after market fan controllers that also support PWM now.. that connect to a internal USB2.0 header

I would HIGHLY recommend the DEMC magnetic filters

The thing is, with ambient temperature of 28-30 celsius, the CPU is 58-59 with filter, 54-55 without filter... So i am kind of great thermal wise either way...
My biggest issue is the lack of import of any aftermarket fanfilters... My country only have those evercool things:

I can just use black pantyhose. Both clean and unrestrictive... I'll remove the thick foam and use the plastic bracket and the front mesh to attach the pantyhose... 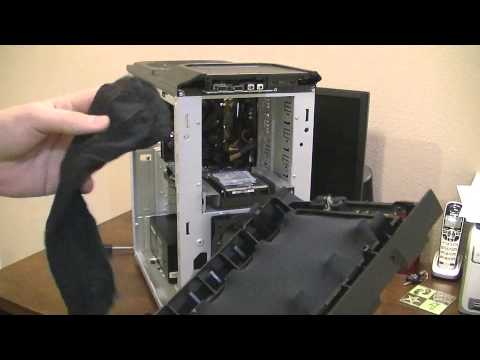