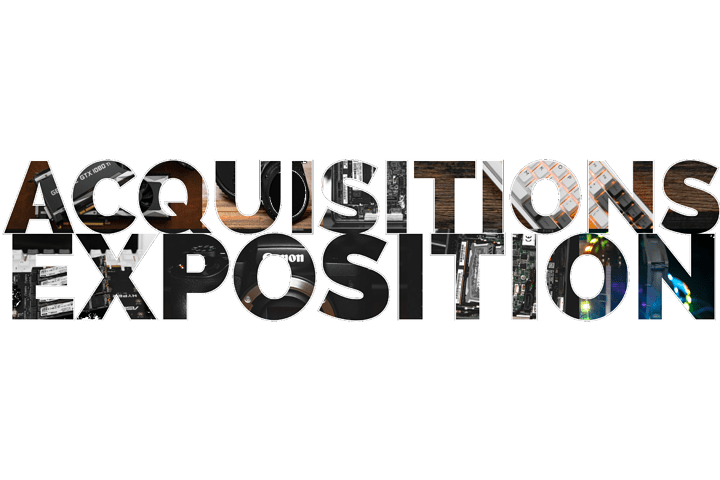 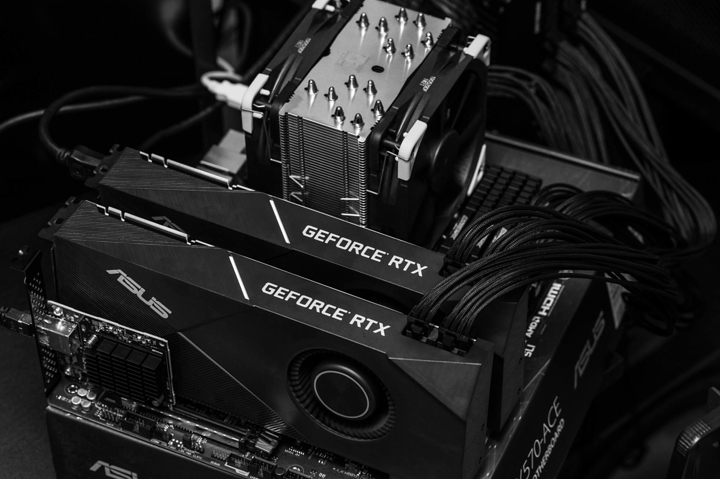 Set this up for LTT’s folding month that begins in October. Was curious about how much higher it would score in this config vs. my 2700X setup with the same GPU config with TimeSpy. 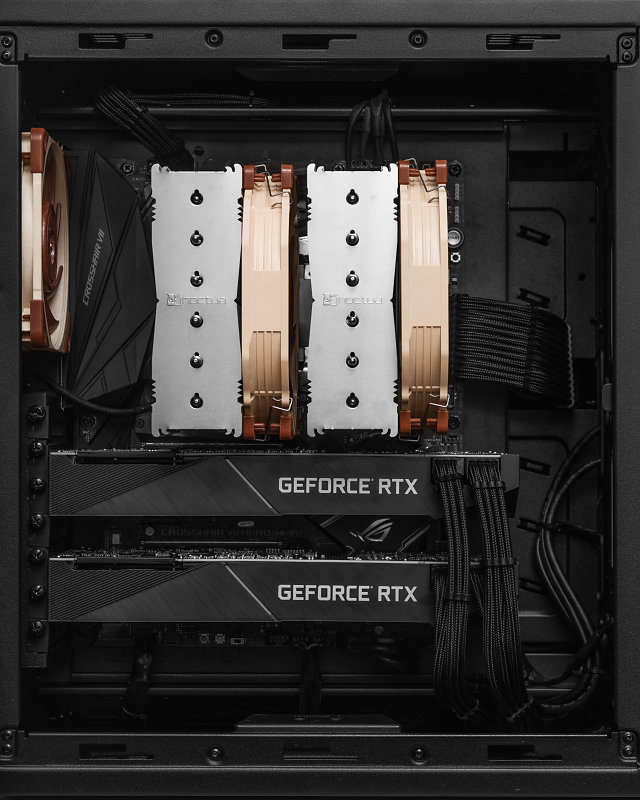 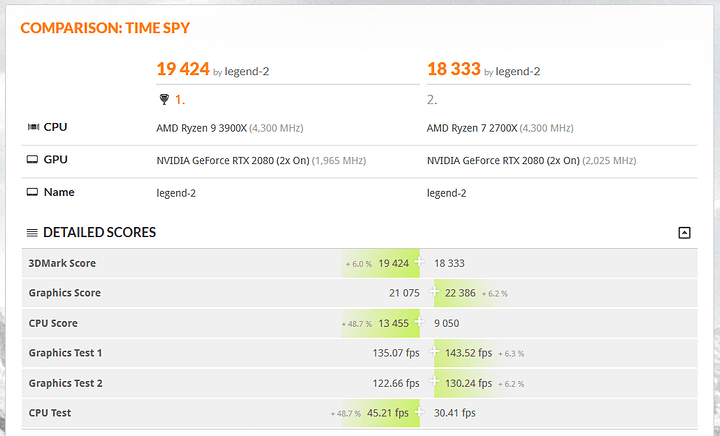 GPUs don’t seem to be boosting as high, but I’ll see about that later. What really amuses me in the CPU score difference clock for clock. The improved IPC and extra cores really make a difference (in terms of this benchmark anyway).

I’d like to see some headphone reviews. Ryzen and RTX are great but your headphone collection could buy you a house. I wanna know what you think of them, how you got into high-end audiophile headphones, etc.

I’ve done a bunch here. Haven’t had time to do my current crop of ZMFs, but hopefully the madness slows down and I get a chance. 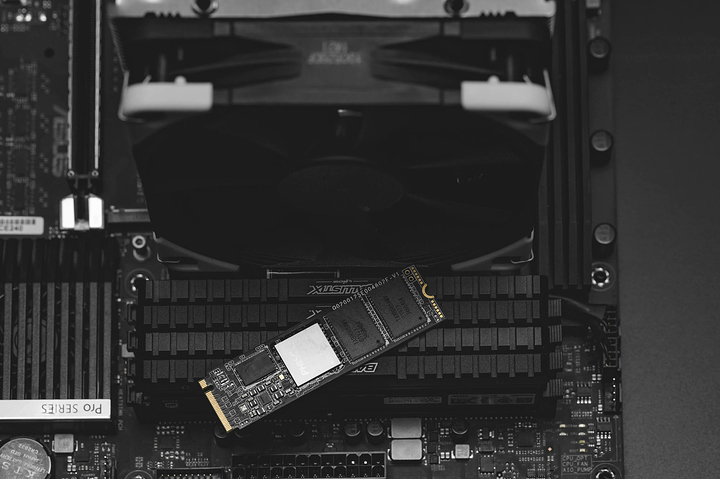 Build day! Rackmount case is here. Shot of an exposed Corsair Gen 4 drive.
Bummed that the from access 4U case didn’t work out (it only had 3U worth of clearance.

Kinda a n00b so forgive me for the following question-

If you used an nvlink for your RTX2080s, would folding performance be improved?

If you used an nvlink for your RTX2080s, would folding performance be improved?

Probably not.
[email protected] eats every available compute resource as is.

Even with the bridge, it still uses each card individually. Leaving SLI on actually used to cause problems in my main rig, but it doesn’t seem to be the case in the last year or so.

I wonder if its an optimization thing. I don’t know much about high performance computing but watching Nvidia’s DGX-2 system with that 16 V100 Nvlink had me feeling wanting it just for the heck of it.

Just about done. Waiting on some 80mm be quiet exhaust fans.

The build so far: 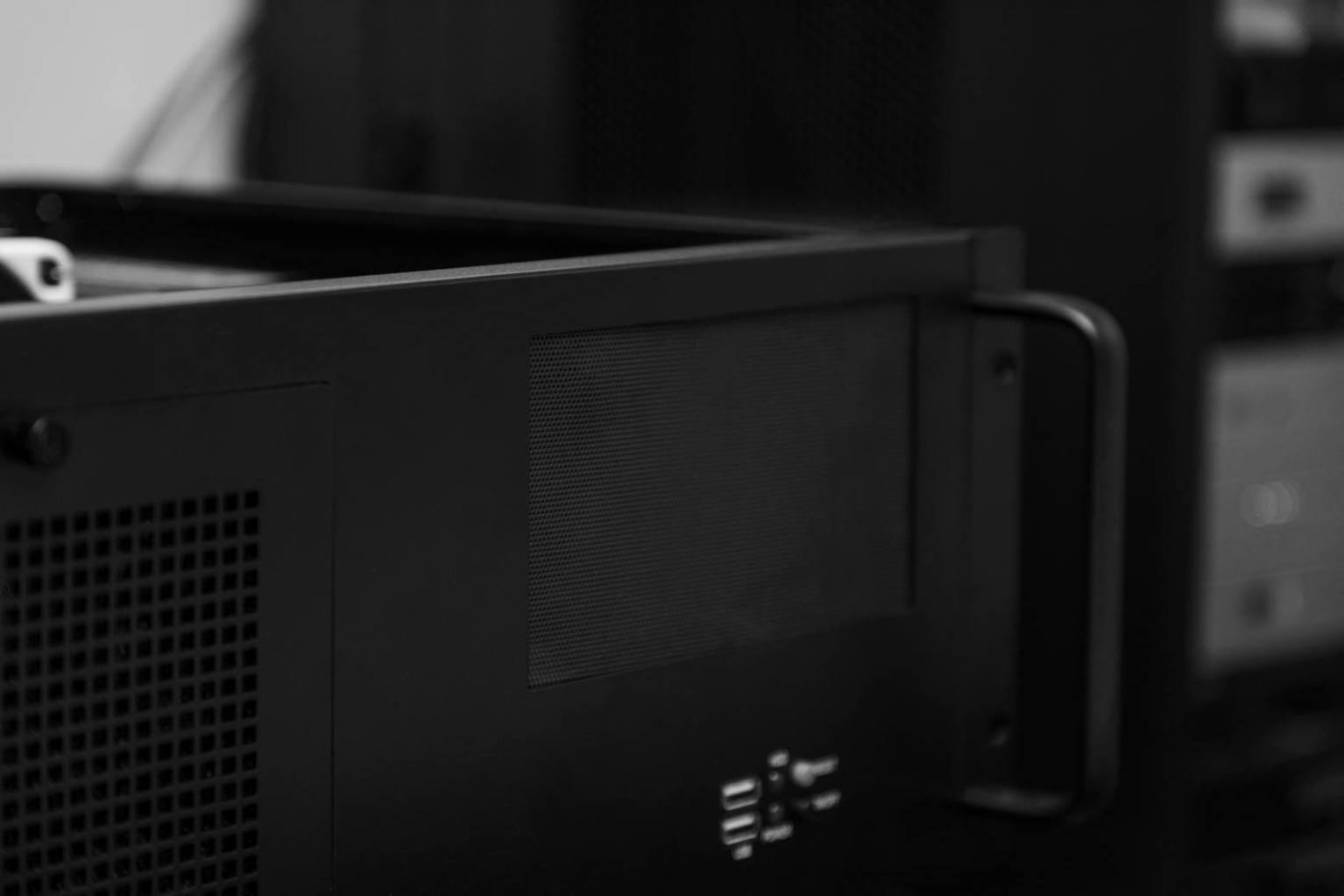 Recycled a dust filter from a retired case to give this case more access to air. 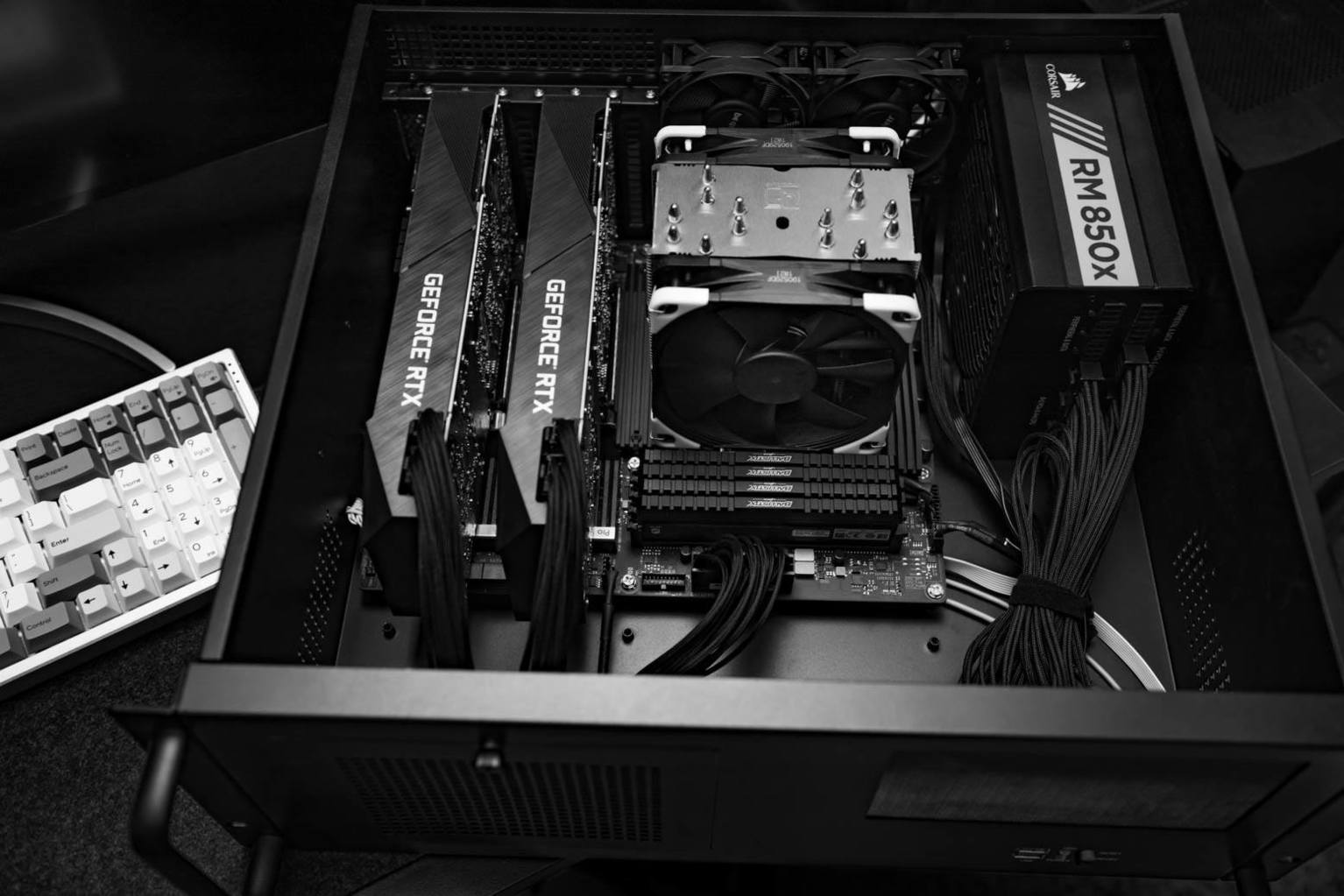 Bought this CaseLabs (R.I.P.) dual bay cover as a solution to my problem, but it arrived like 3 days too late. 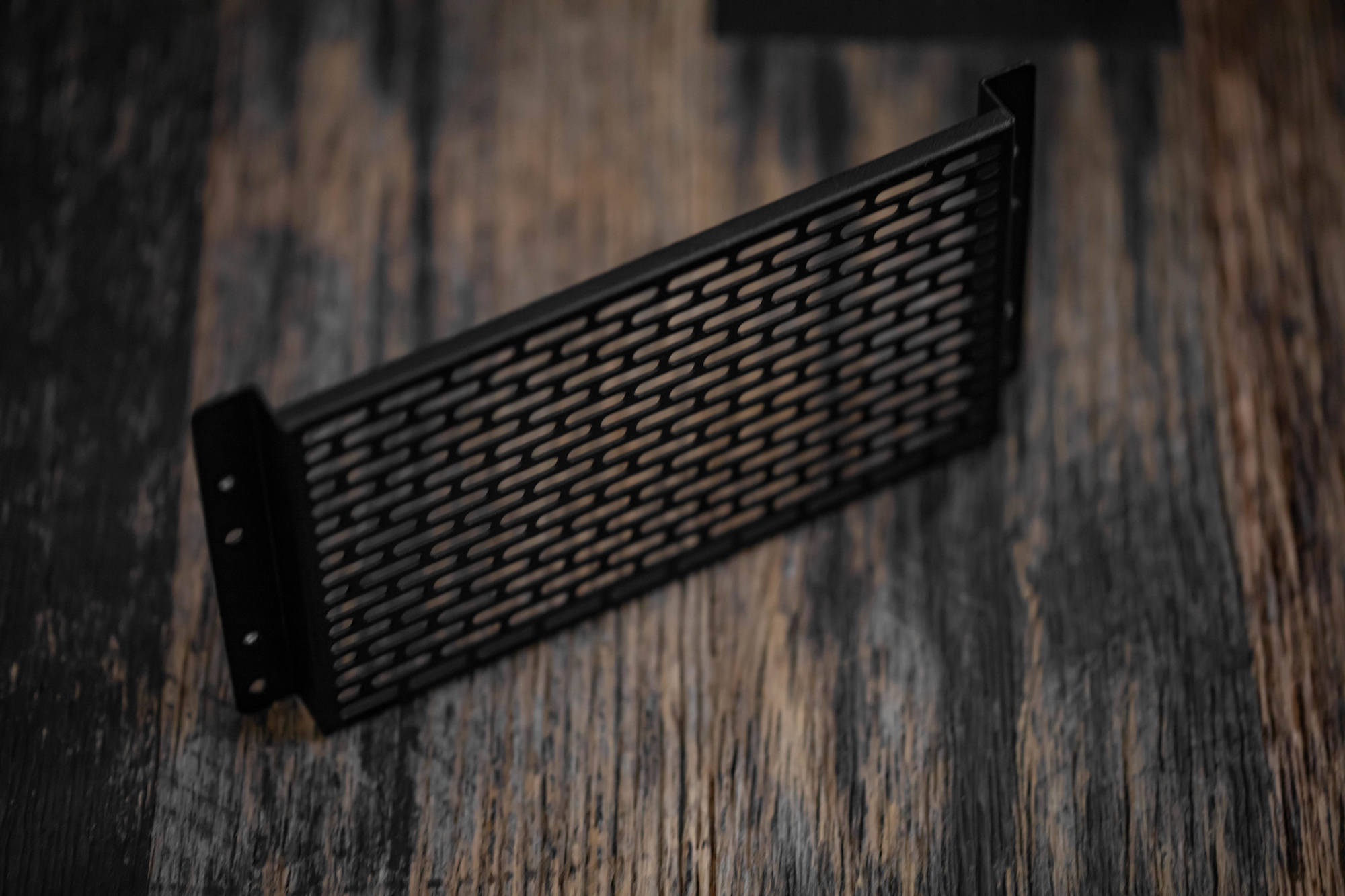 I still prefer my mesh filter solution, but I’ll pop this in and see how it does. 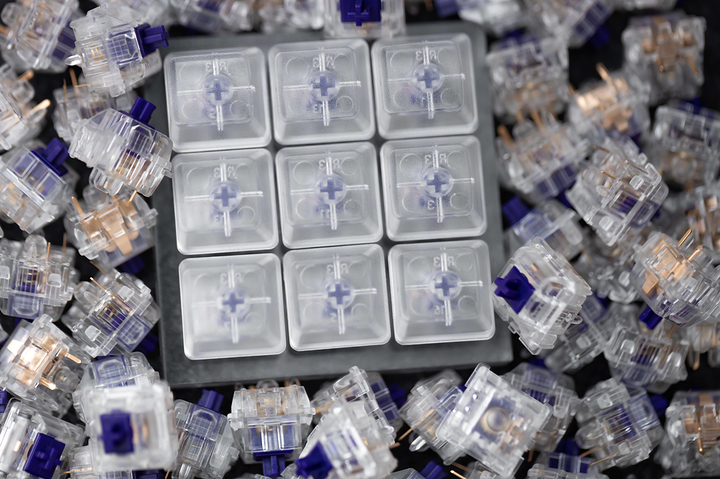 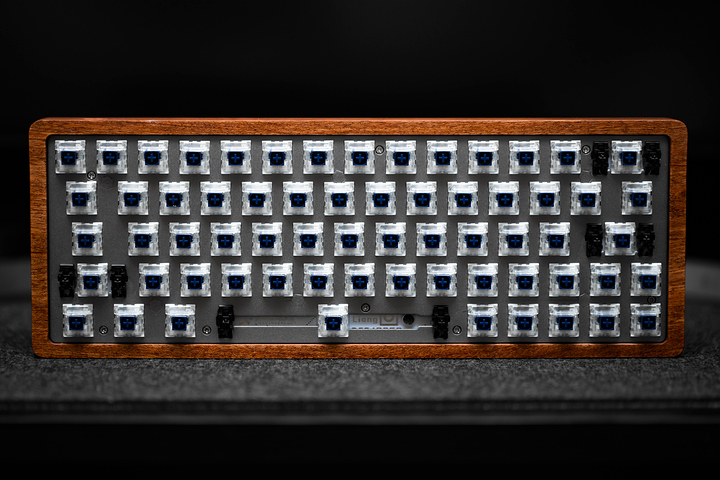 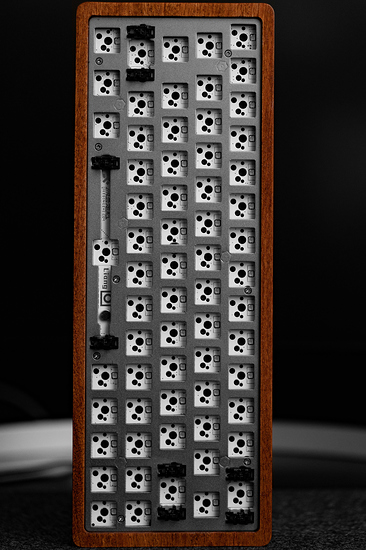 Got in some Zealio V2s. Pulling my navies out of my secondary board and giving them a go. Used the Zealios for about 20 pages of a proposal. I thought the tactile bump would be enough to satisfy my need for feedback when typing really, really fast, but sadly it does not. I found myself looking down occasionally when I was not audibly certain of a key press. I do like the feel of Zealios, but cannot use them when I need to get serious. This was expected though, so they are in my secondary keyboard which I use in my lab. I have a more casual pace there so it’s much less impactful. 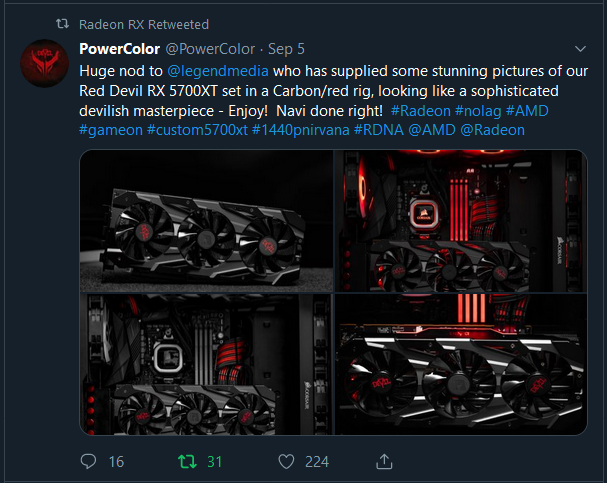 Was pretty awesome to have PowerColor reach out to me to help restart their social media presence! Maybe they’ll provide the hardware next time, lol. 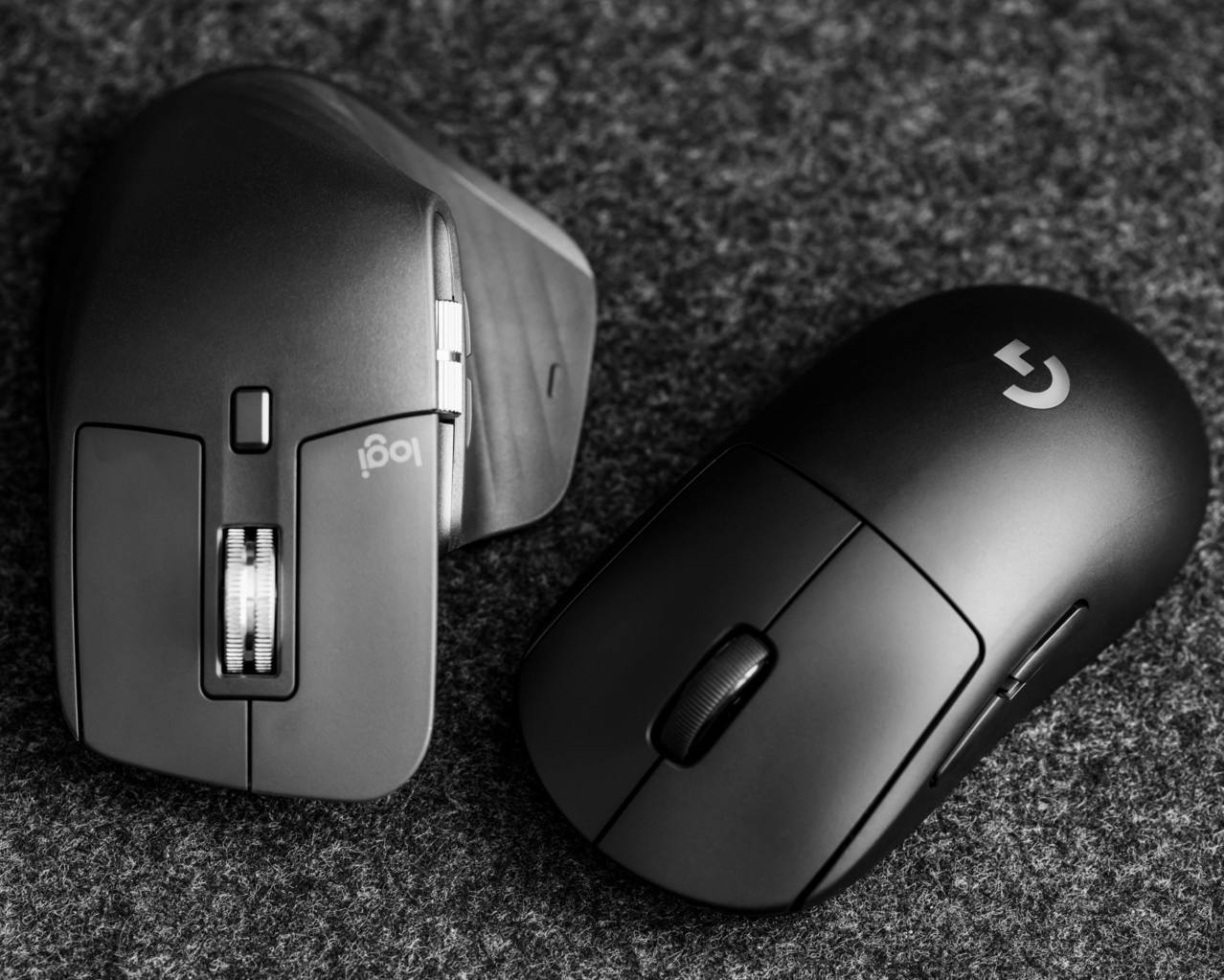 Master 3:
That side scroll… man it is so much more improved. Position and size make it much more reachable.

I initially had issue with the brush sizing in photoshop, but adjusting the sensitivity of the side scroll has it right about where I want it vs sizing on the keyboard.

At first I found the softer ratchet mode more appealing, but I do find myself missing the louder feedback. Ah well. This is certainly not a big thing.

G Pro Wireless:
It’s deceptively larger than it looks. This is a good thing because the Final Mouse was a bit on the small side. The tracking is soooooo much more precise than the Master 3. Not to say I’d game with it, but the precision would be EXCELLENT for editing. Kind of wish I never made the connection mentally. But yeah, I’m glad I bought the final mouse, because I never understood flicking. Always had MX Masters. The G Pro could perhaps have another button or two, but it doesn’t make enough difference to go back to using an MX Master on my gamingish PC.

ABBA has arrived for my board!
Time to do that instead of sleep.
Sigh. 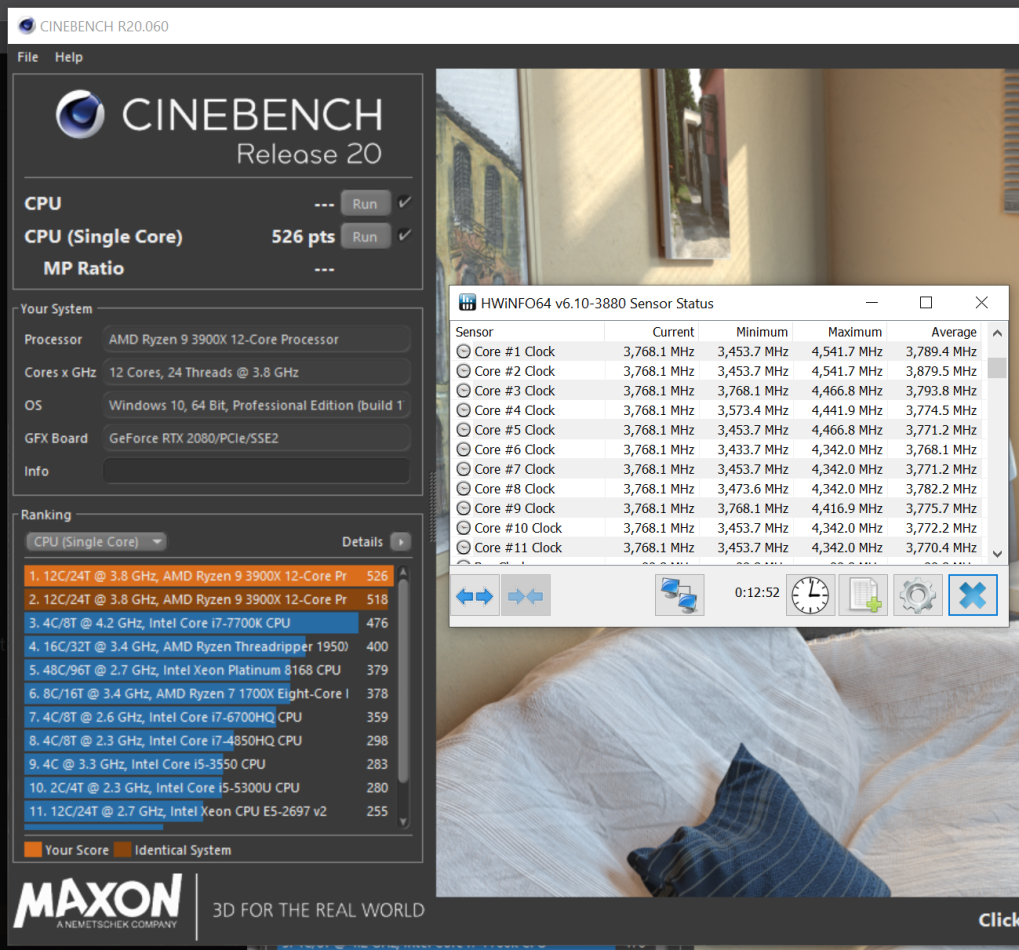 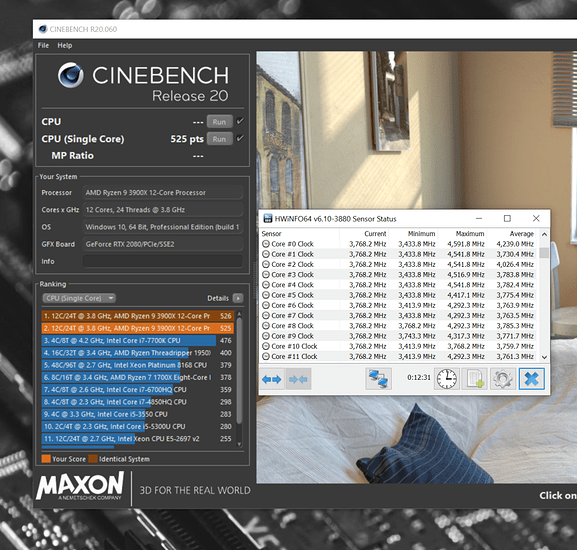 PBO pushed it up a bit, which is a change from doing nothing before ABBA.

This keyboard is amusing. 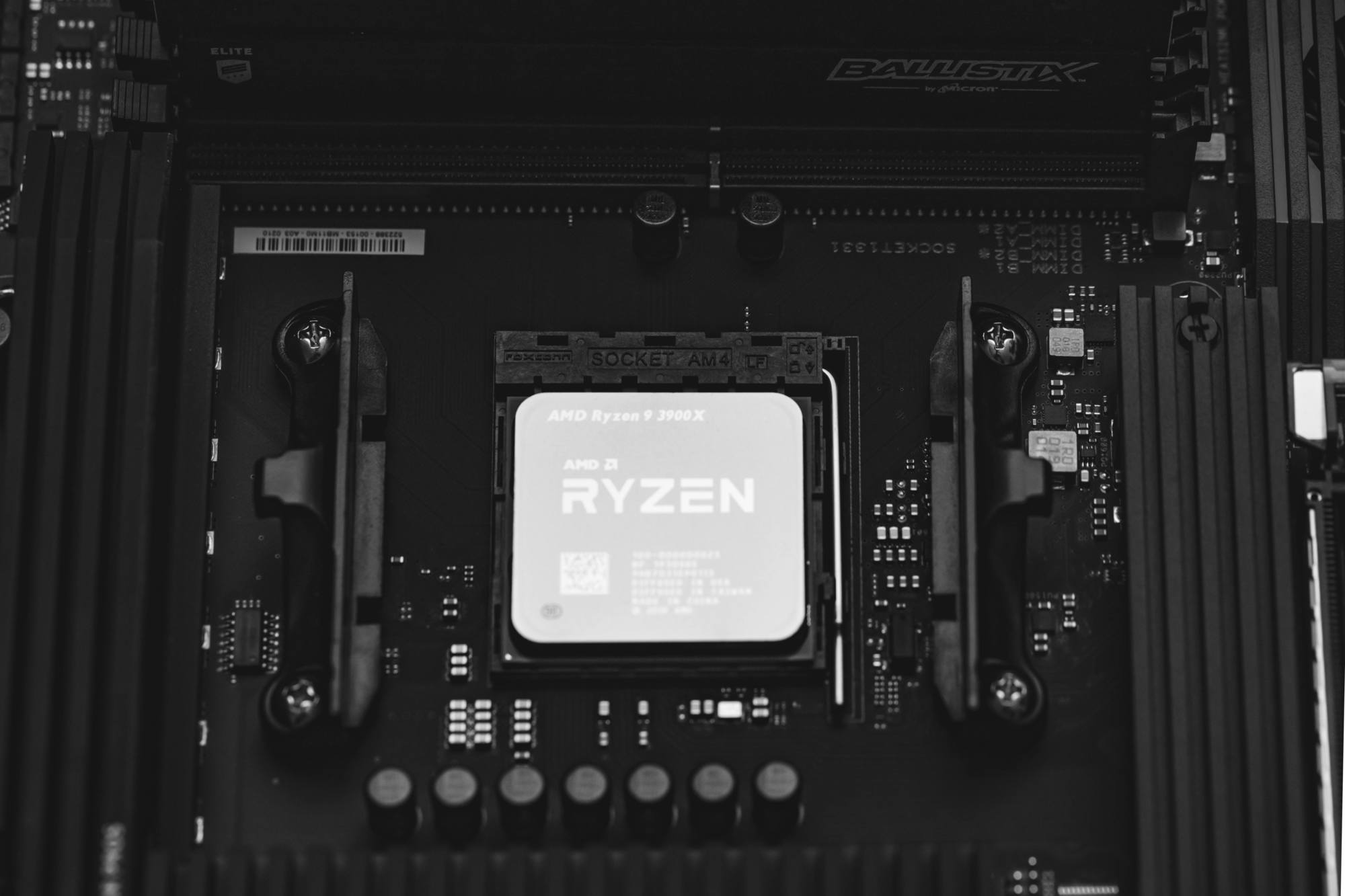 This… this is why… 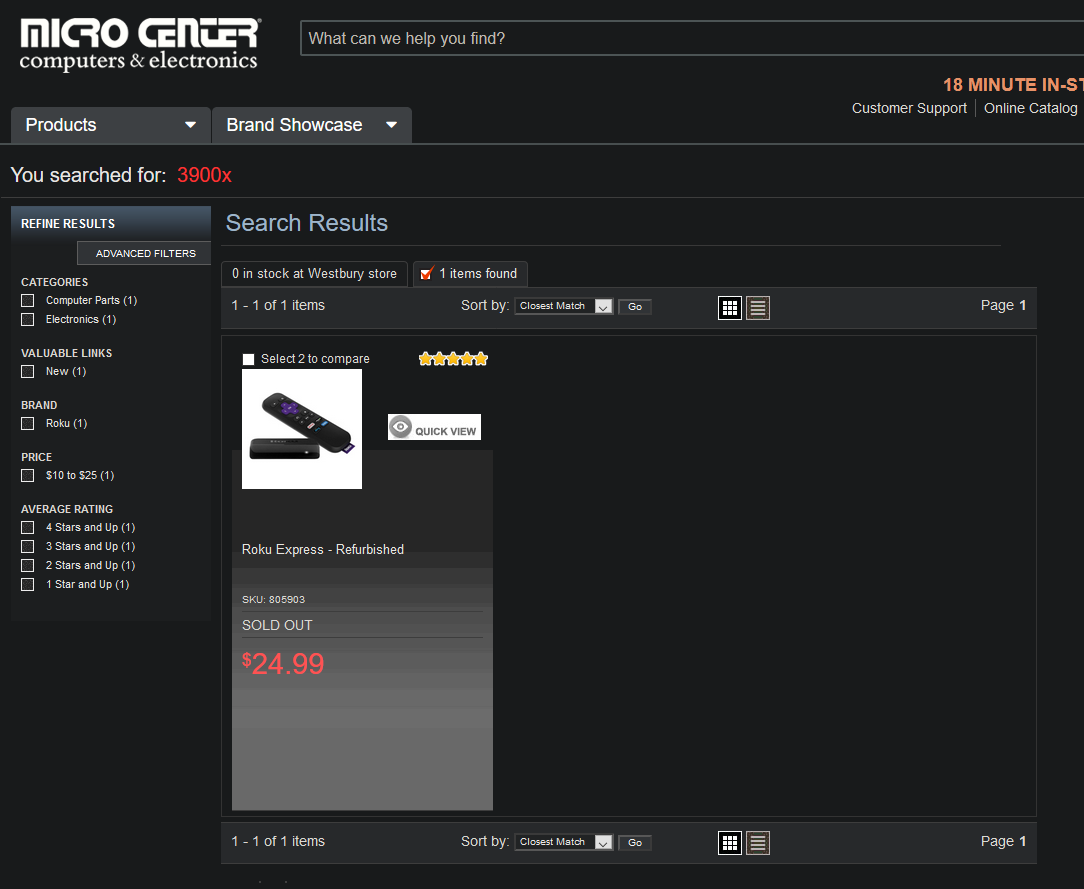 The primary market is basically like “3900X? Never heard of it…” and with the ridiculous binning you have to go through to be a 3950X, my hope of getting one any time soon after launch is not high. So my thought process was get the CPU you know you can get, then get the 3950X at some point.