Asus NVLINK Bridge (Used only for Benchmarks, will not be permanently installed)

This is a rackmount build going into my test lab. The client I’m working with on a project sent over a Rome based server for me to work with, but it was huge and wouldn’t really have been convenient in the slightest.

Things I loved about the build:

This build with run double duty. I plan on using it for LTT’s Folding Month event., but will also be using it to test a certain product supplied to me by a certain company. It’s got a lot to do with virtualization and PCIe Gen 4, but an NDA prevents me from discussing anything further. 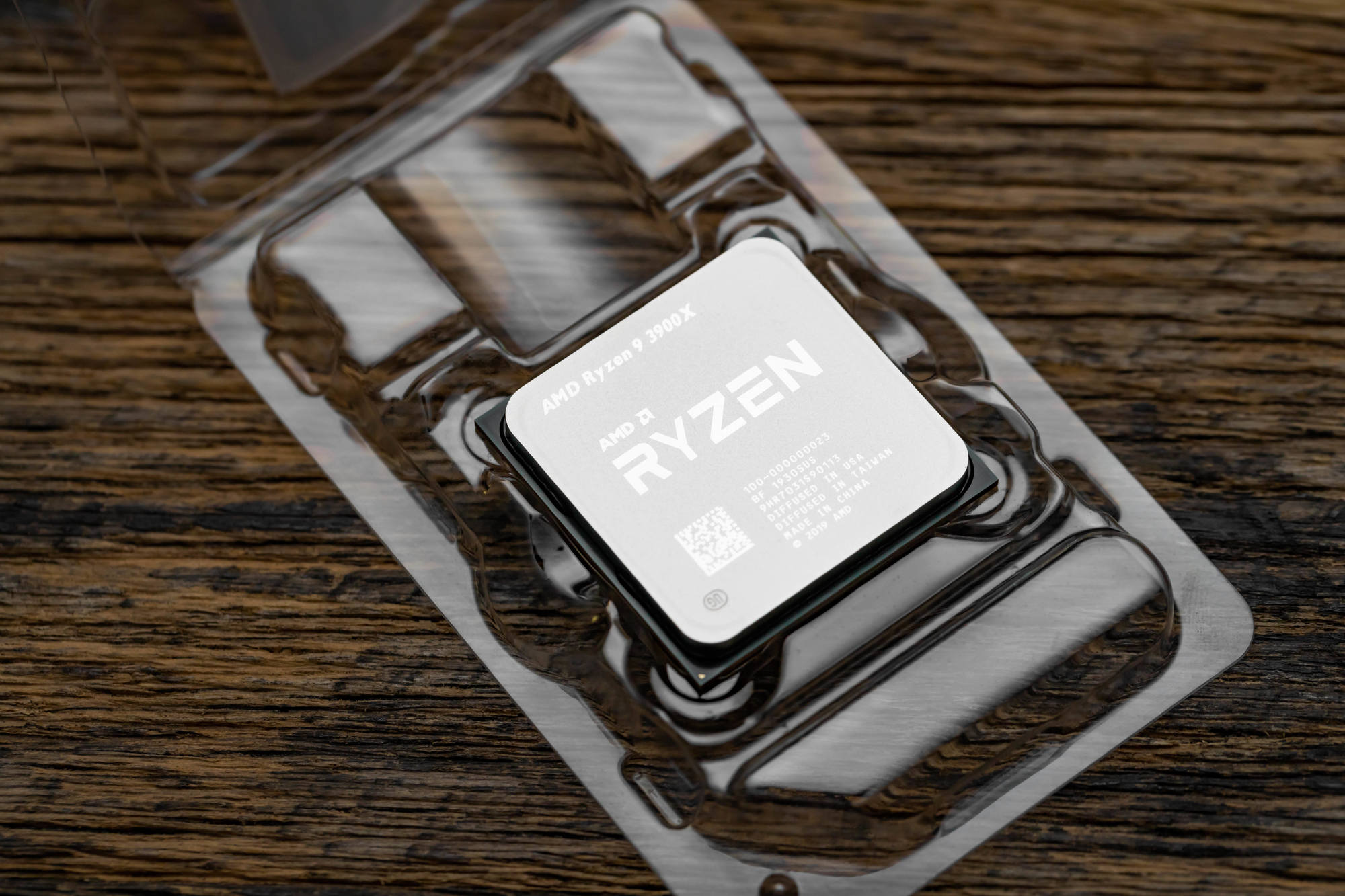 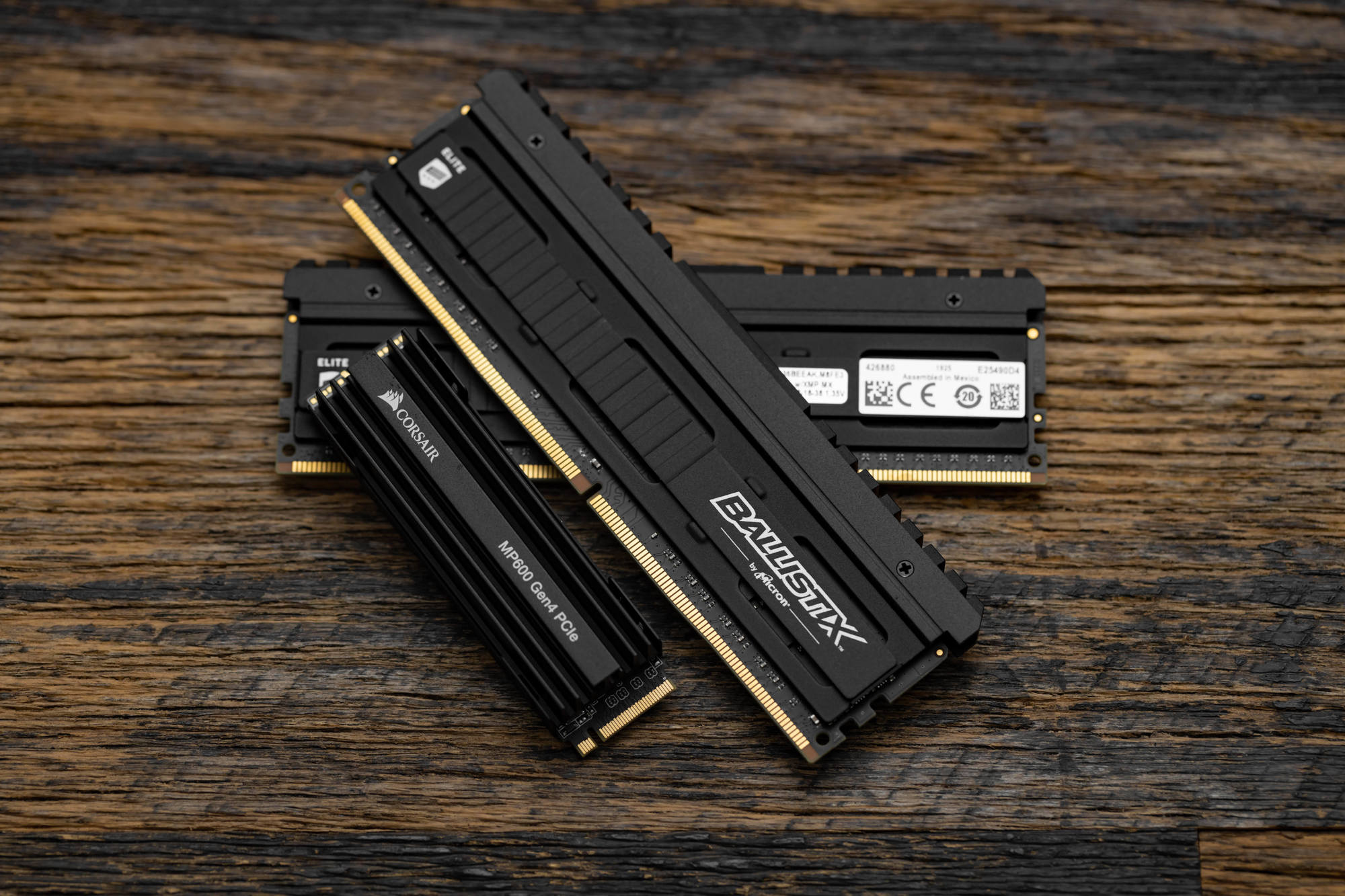 One of the best looking RAM kits around. 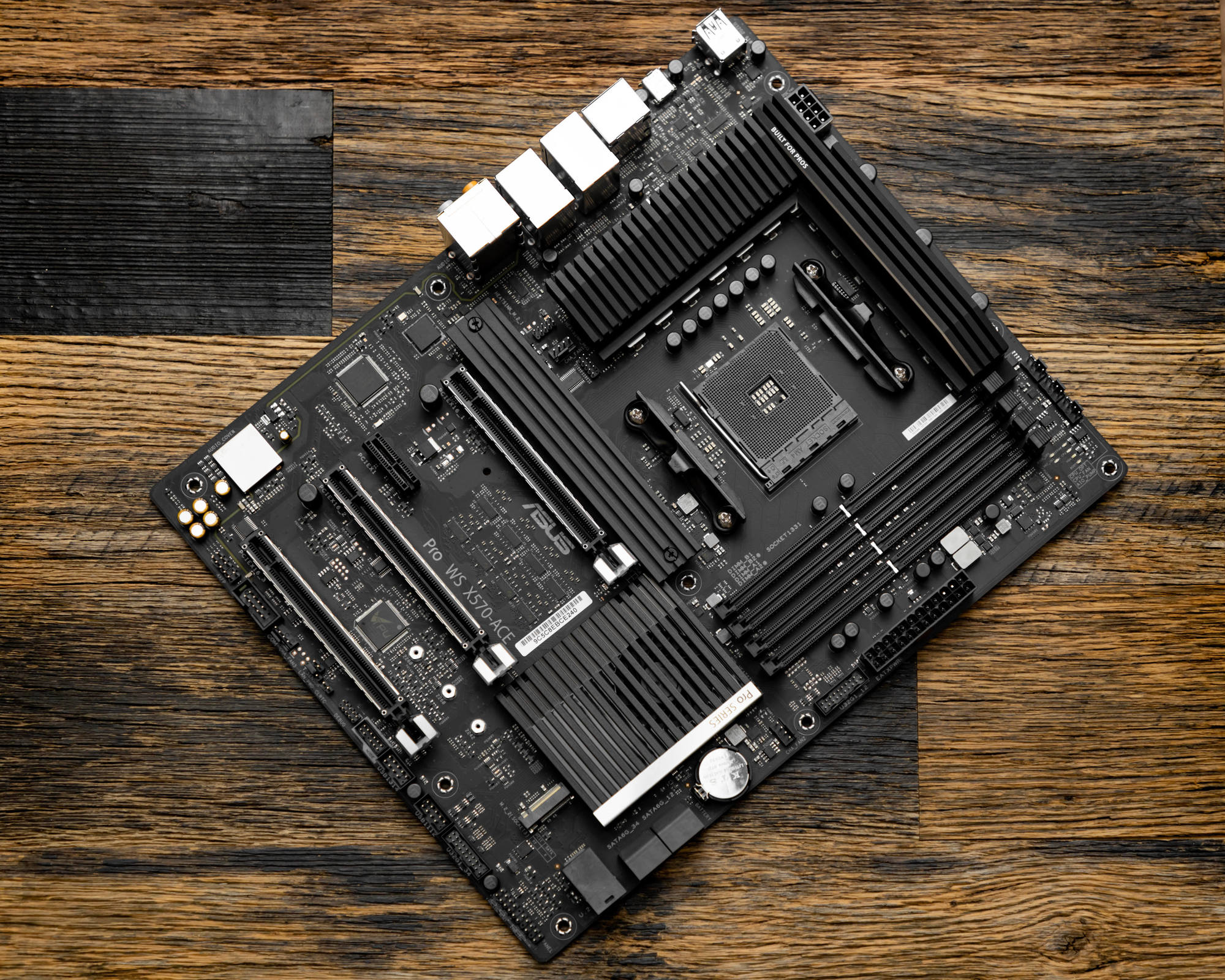 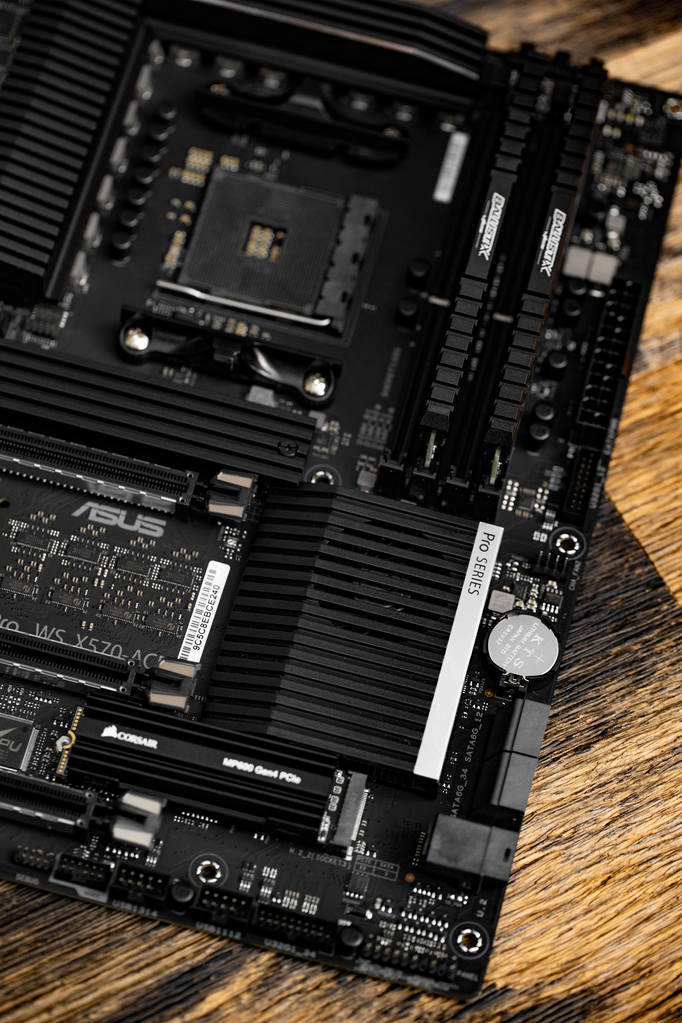 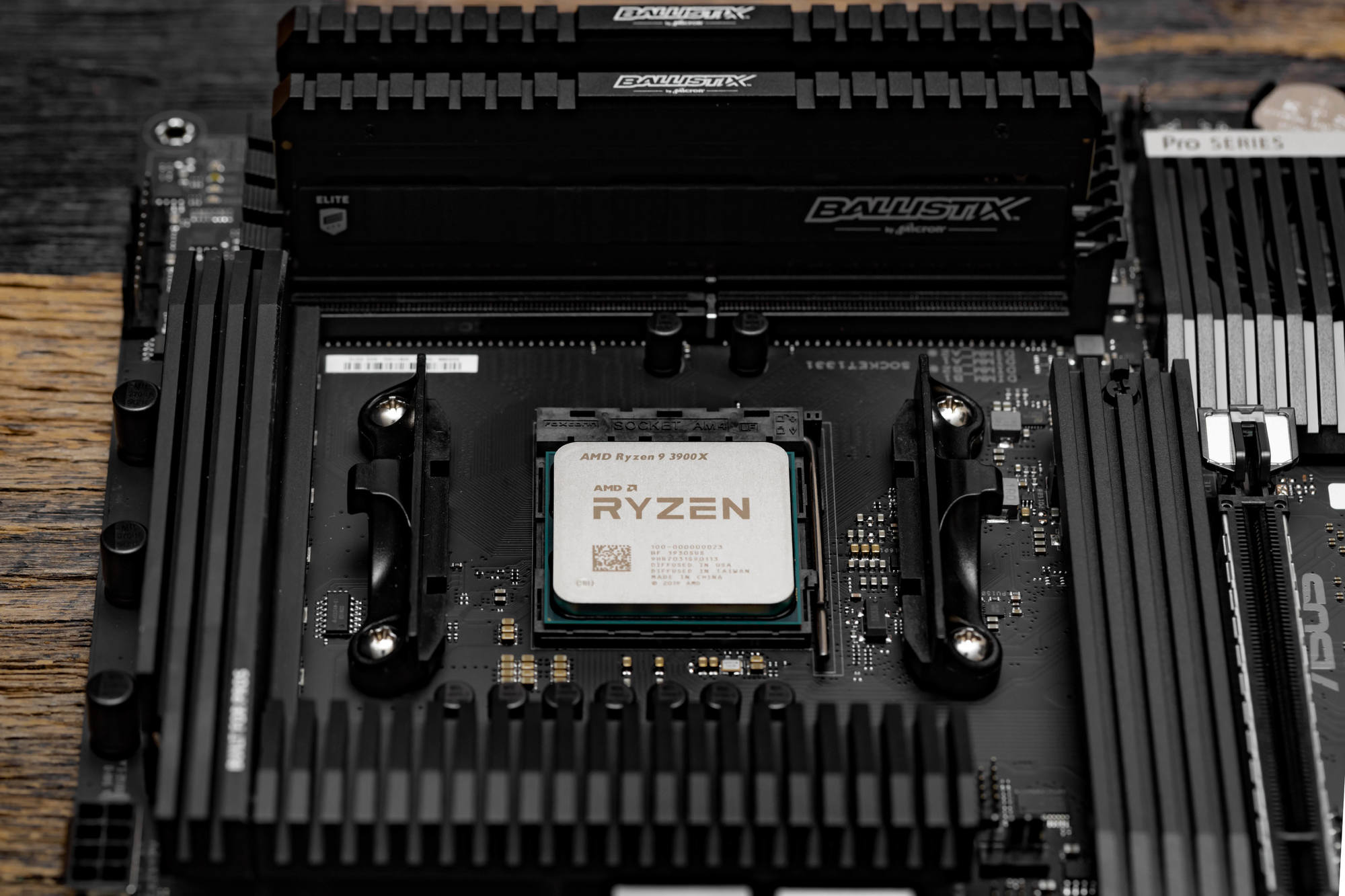 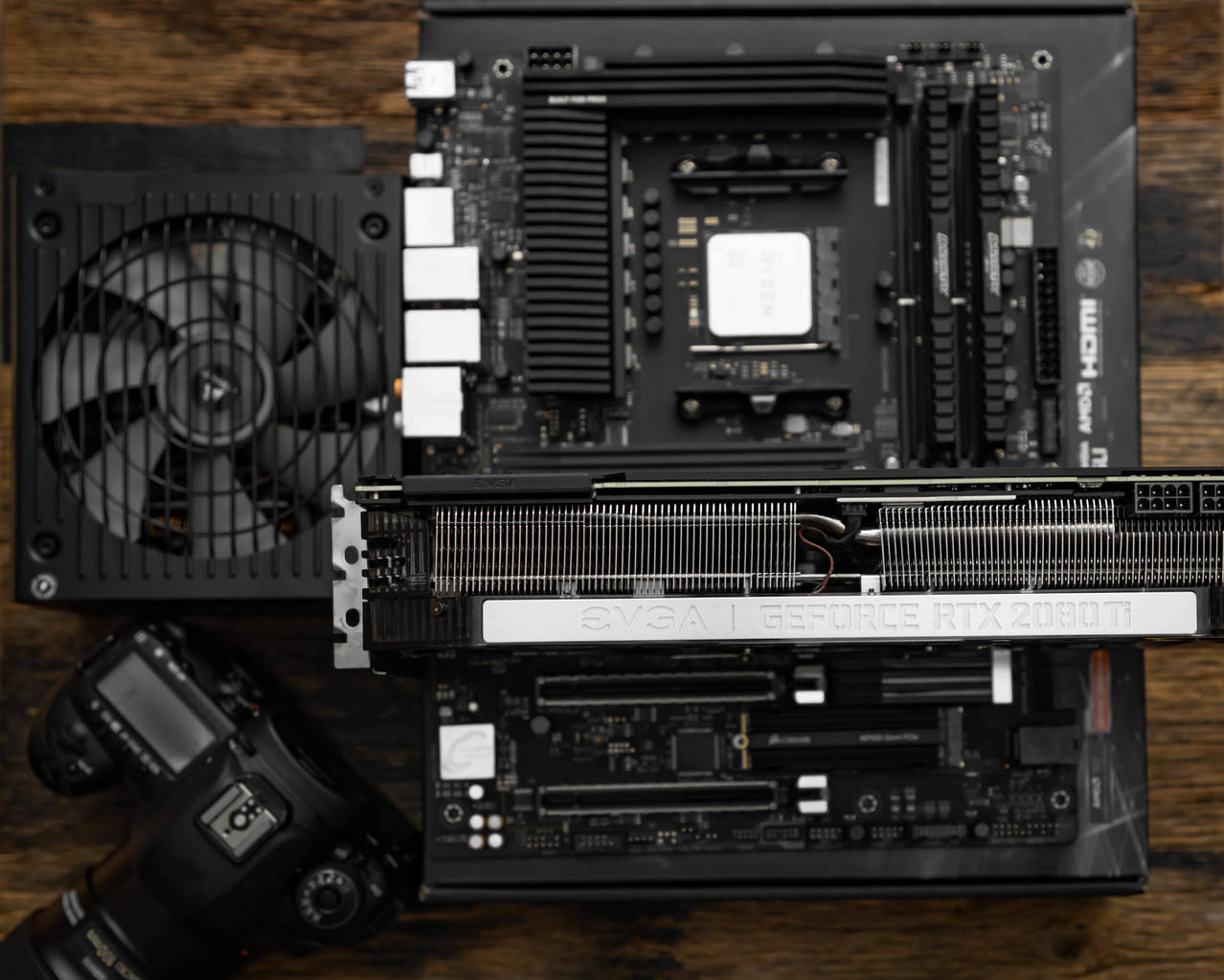 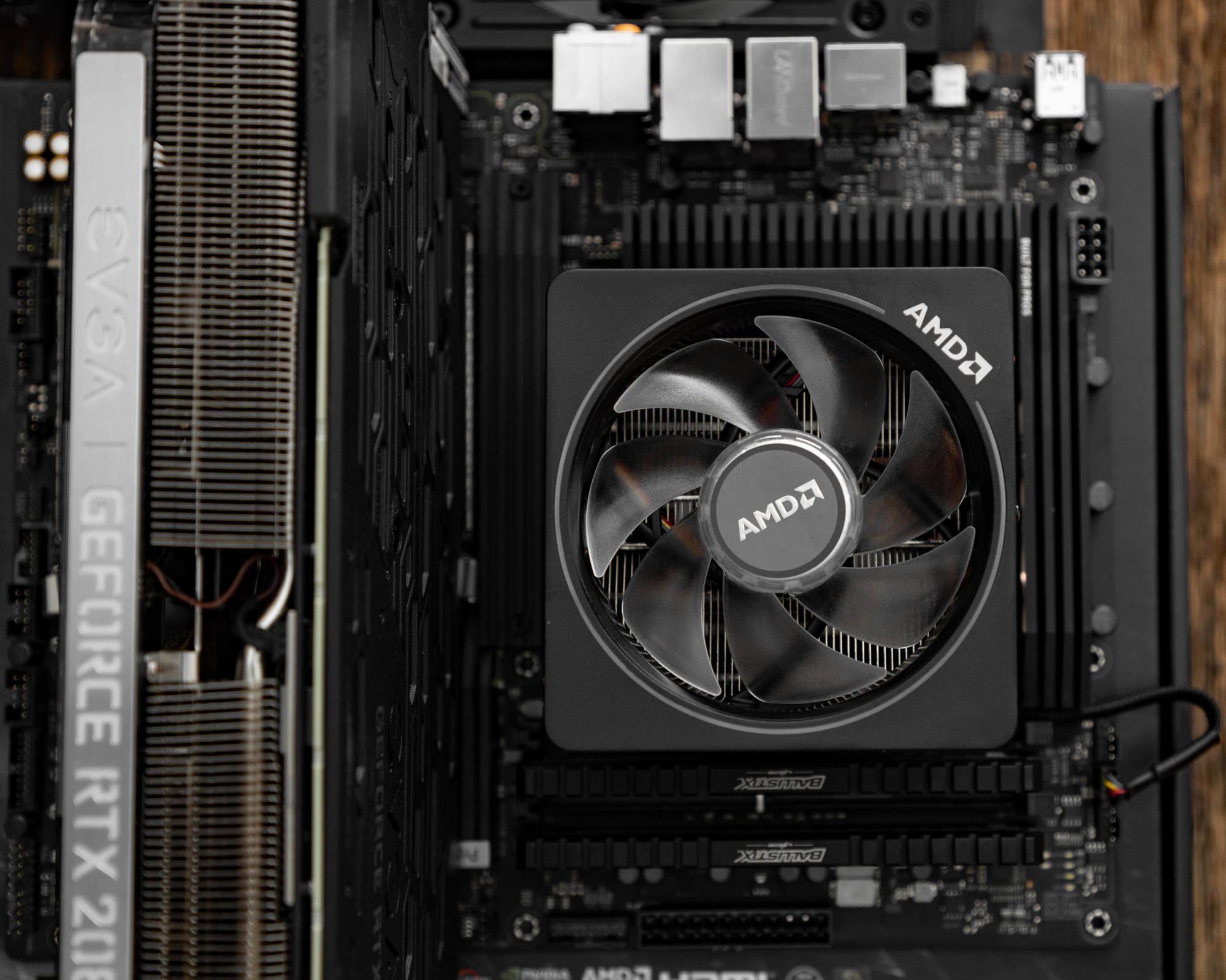 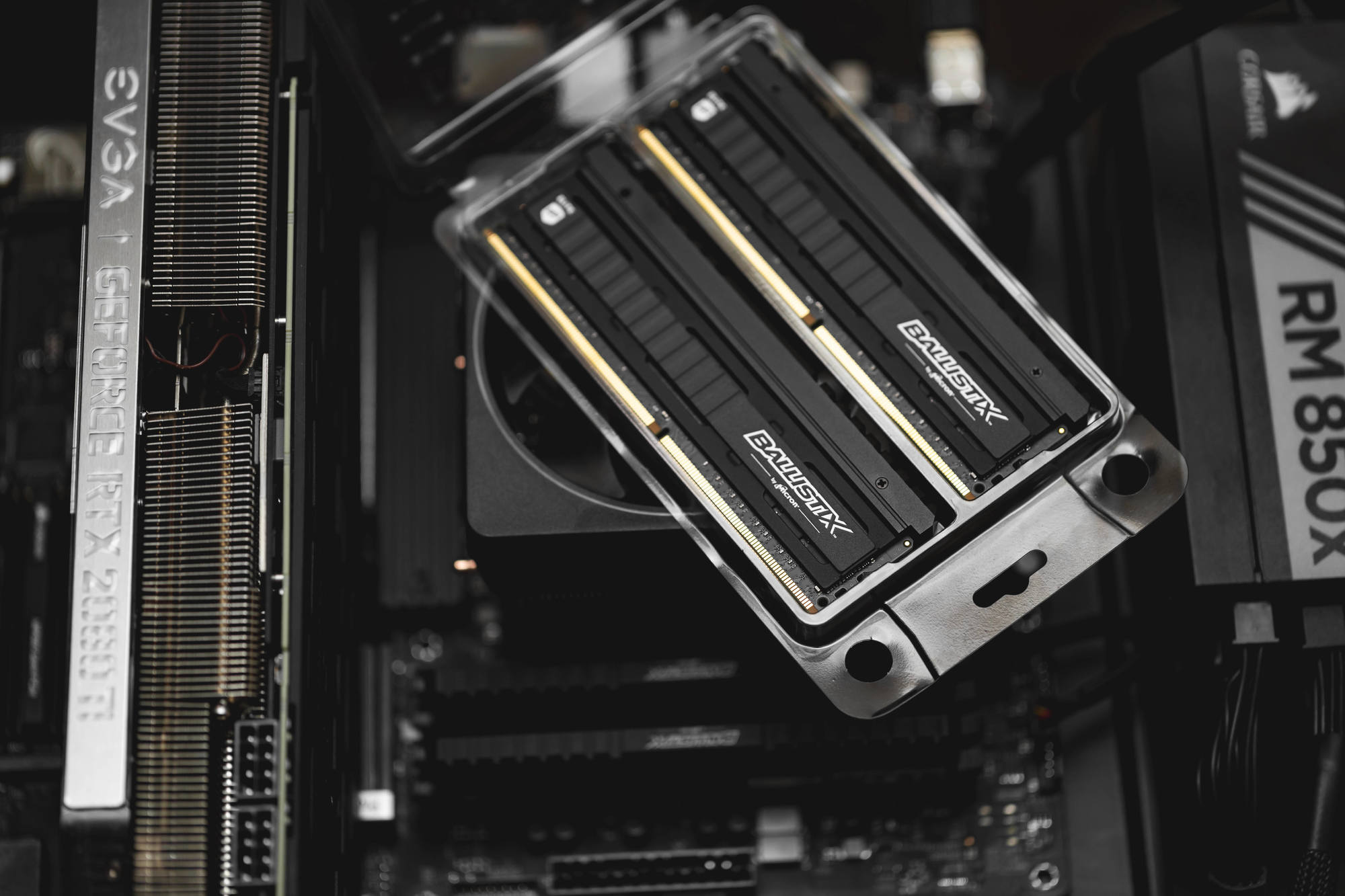 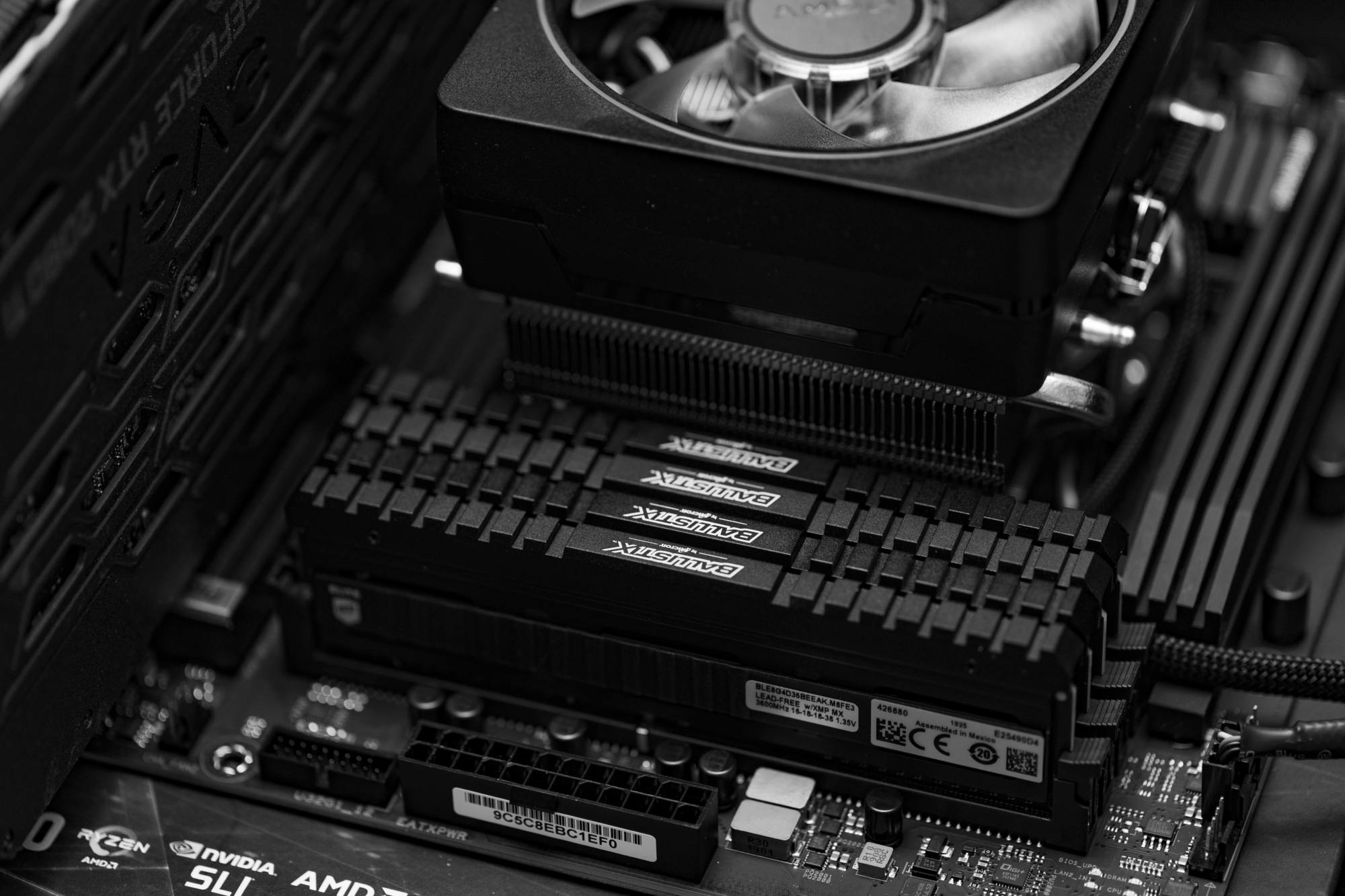 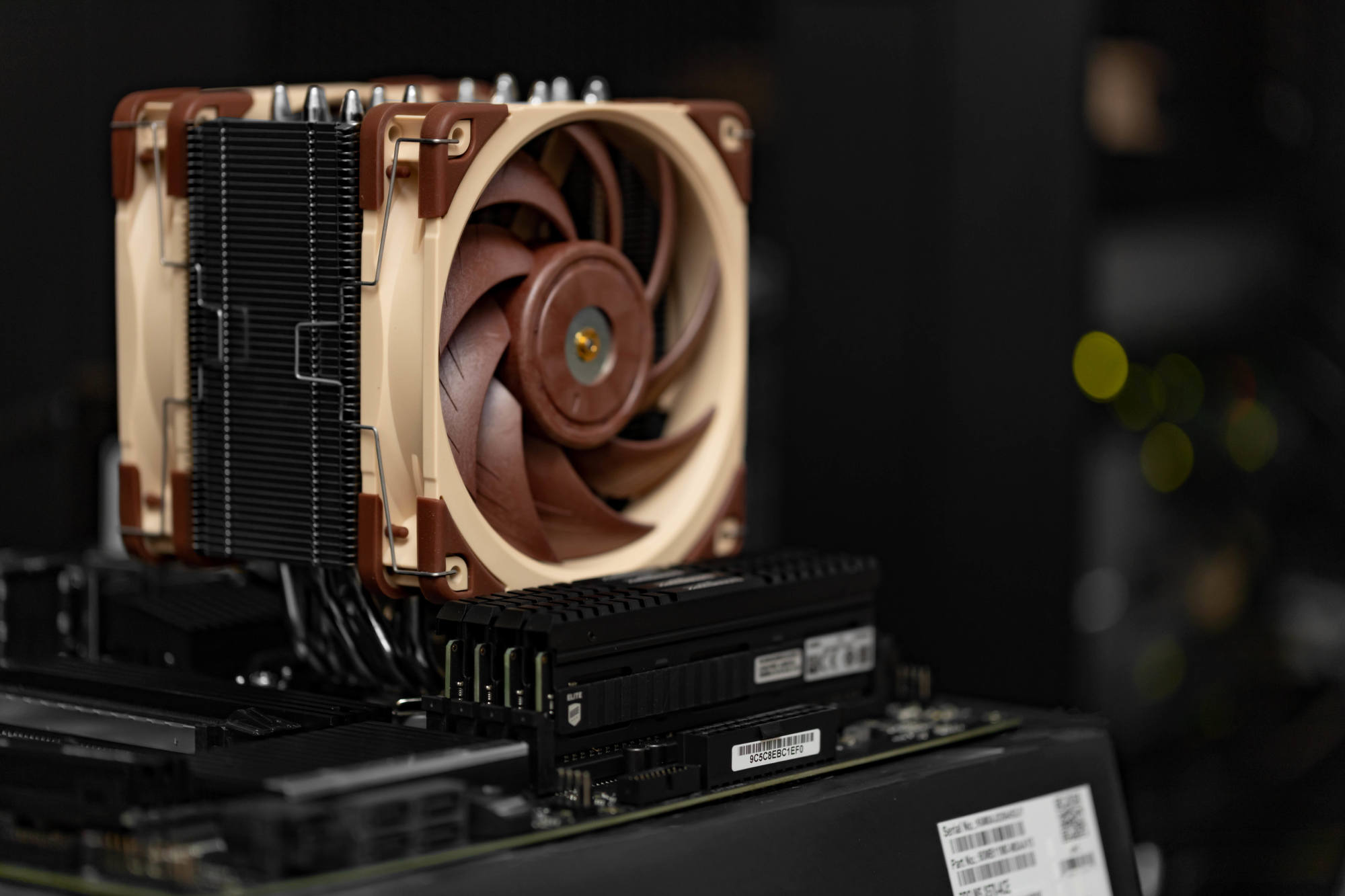 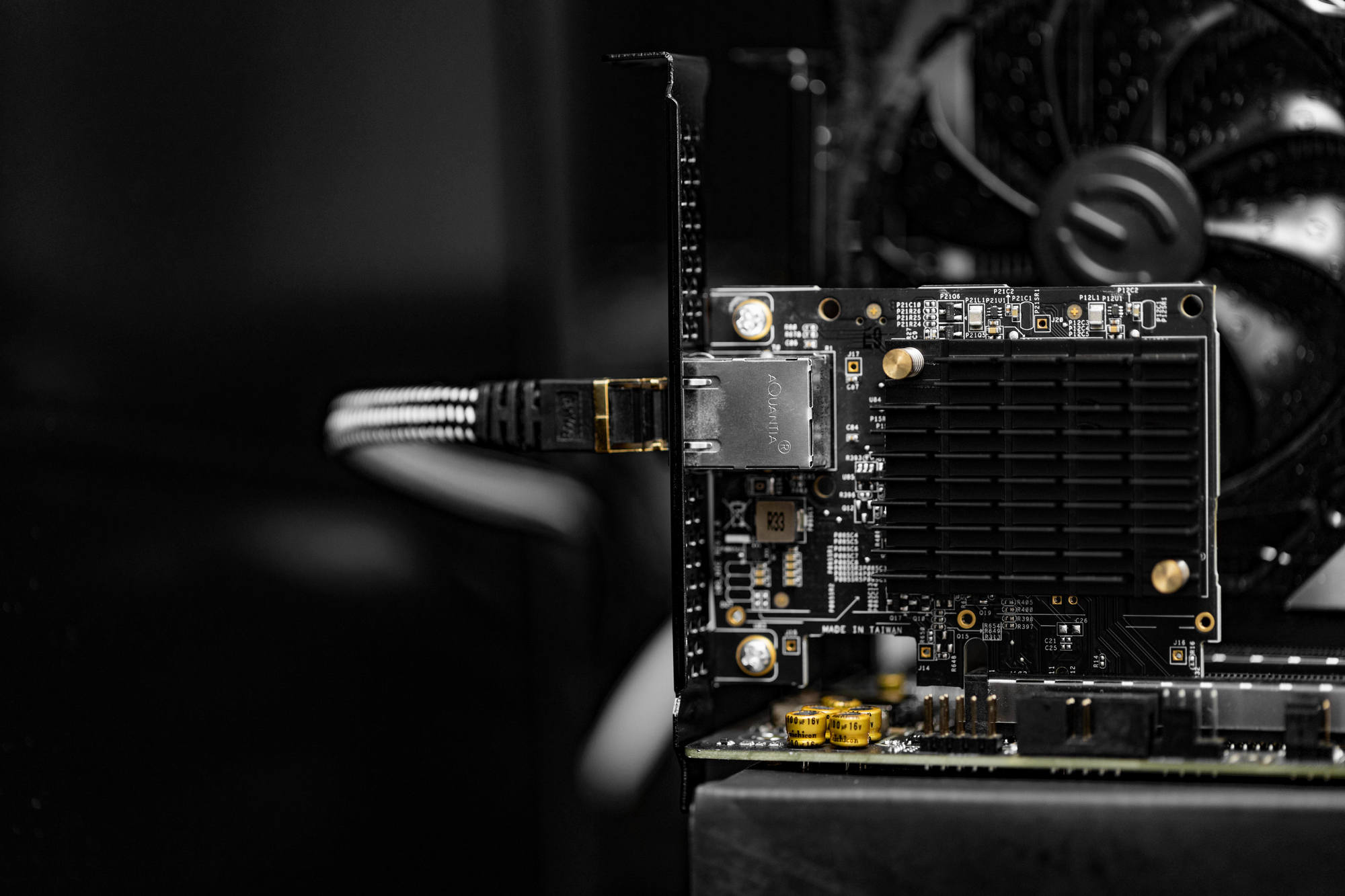 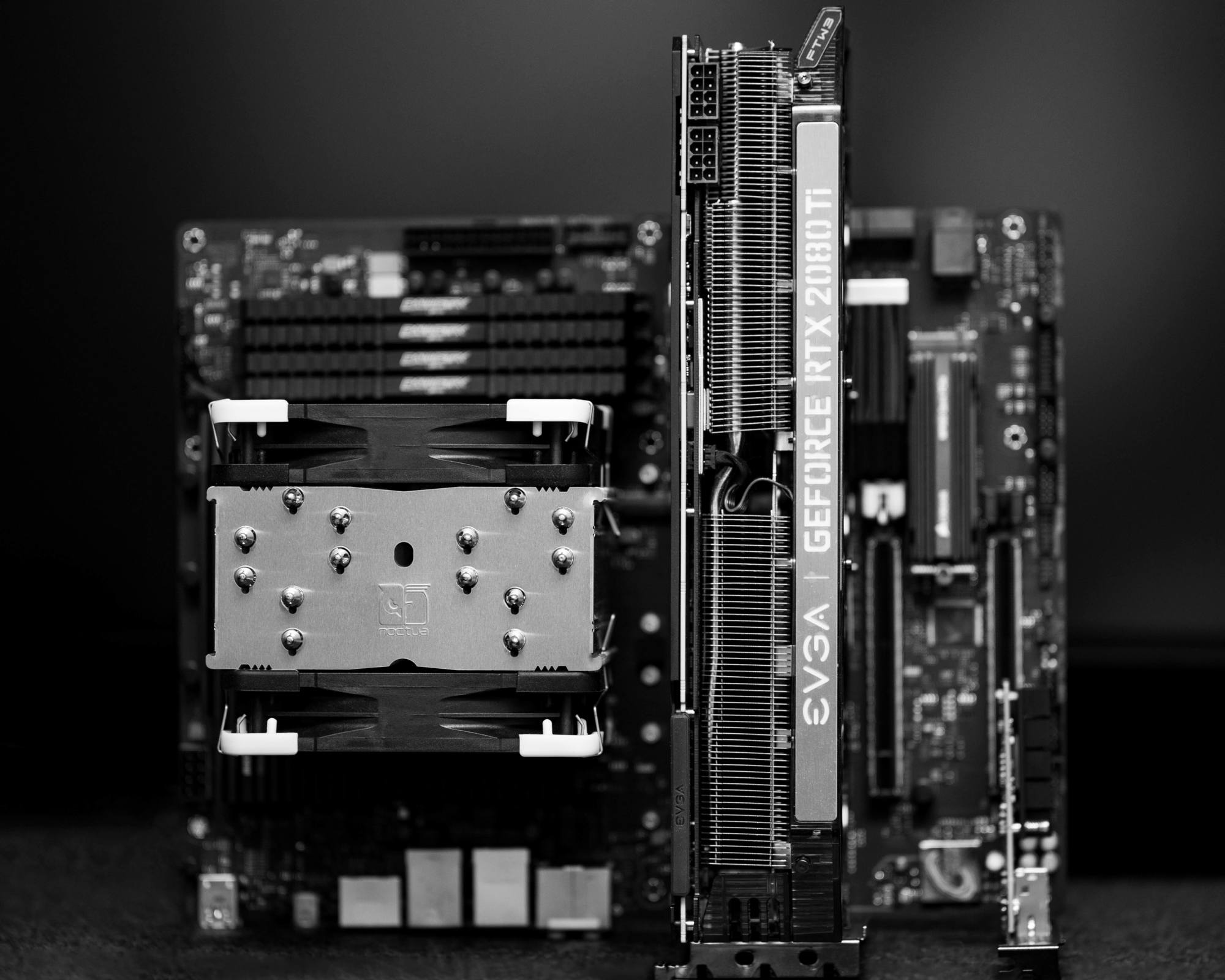 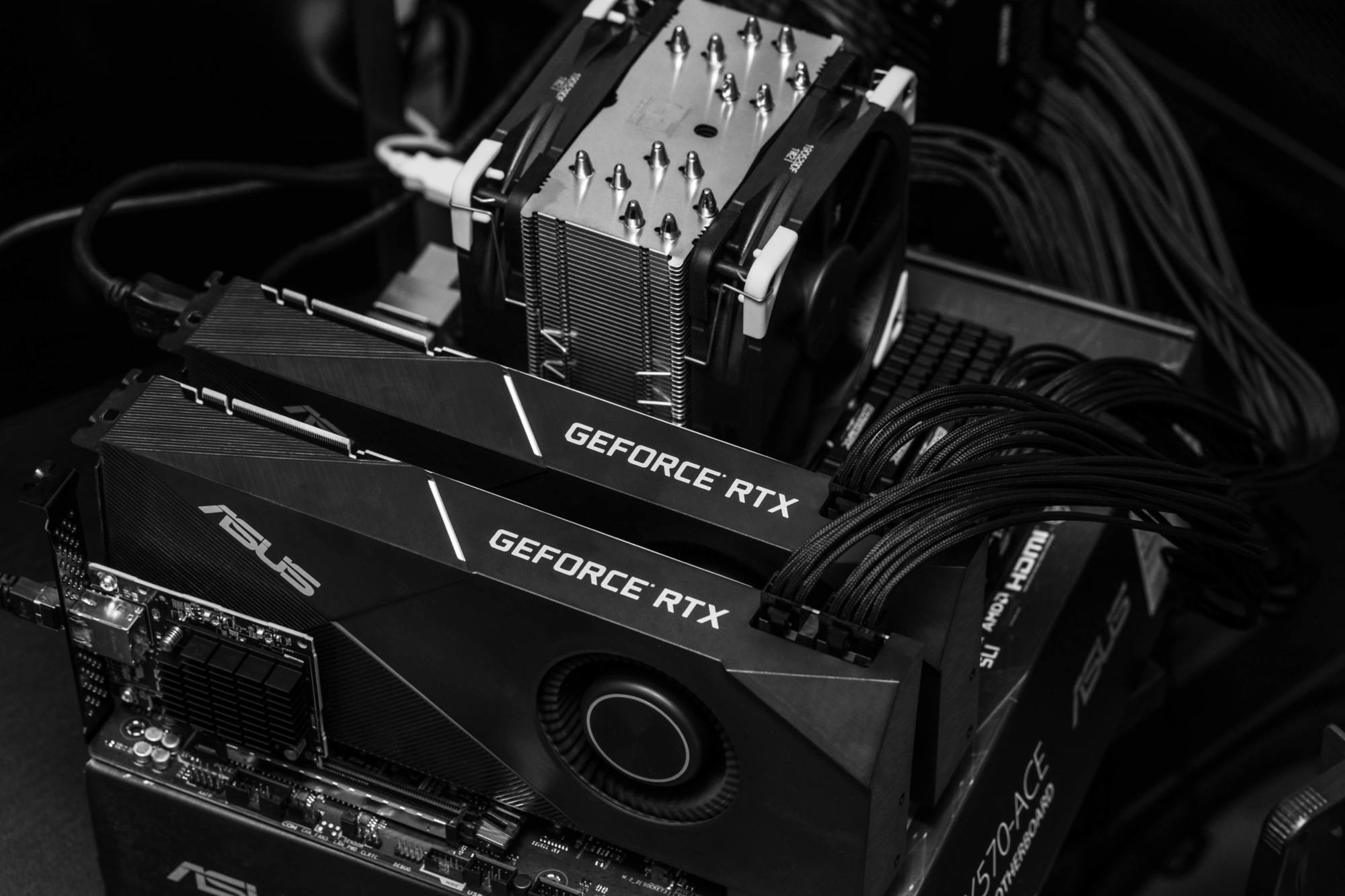 It lived on a cardboard box for a few days while I searched for a case to house it. 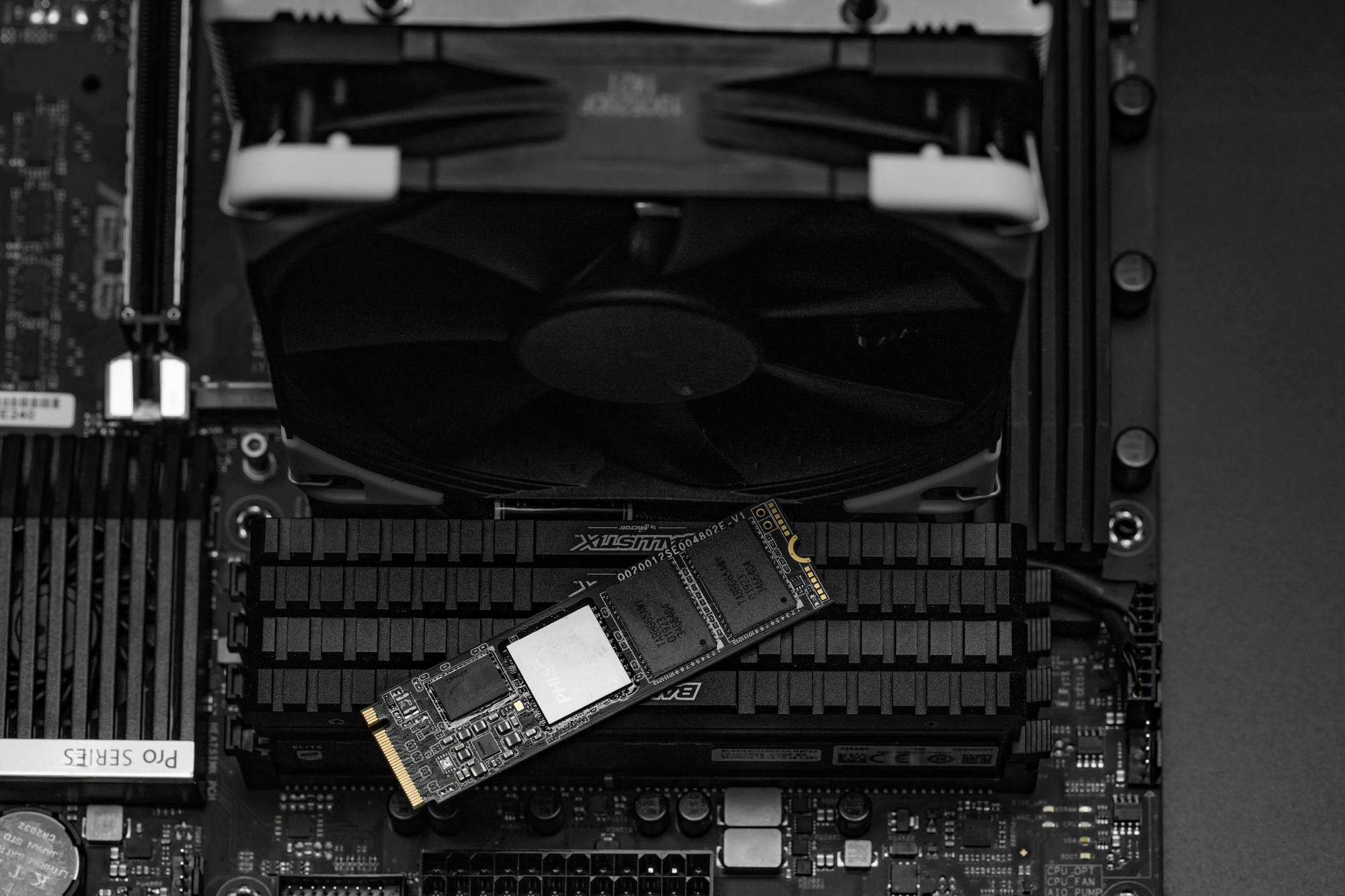 The exposed Crucial MP600. Used the board’s own heatsink for cooling. Results were about the same. Put the heatsink this comes with on my 960 Pro since I didn’t want to waste it and it lined up so well with the overall system aesthetic. 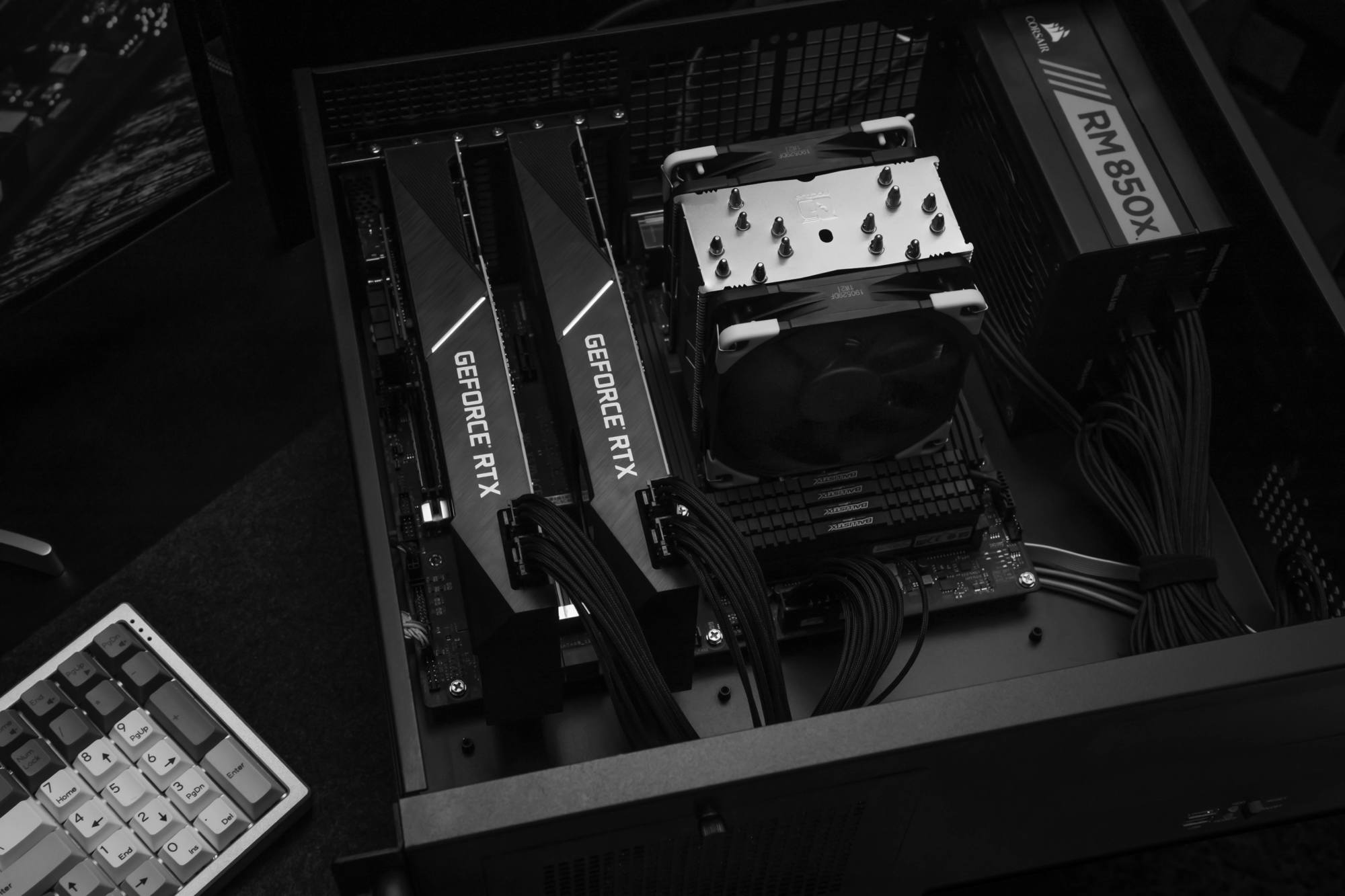 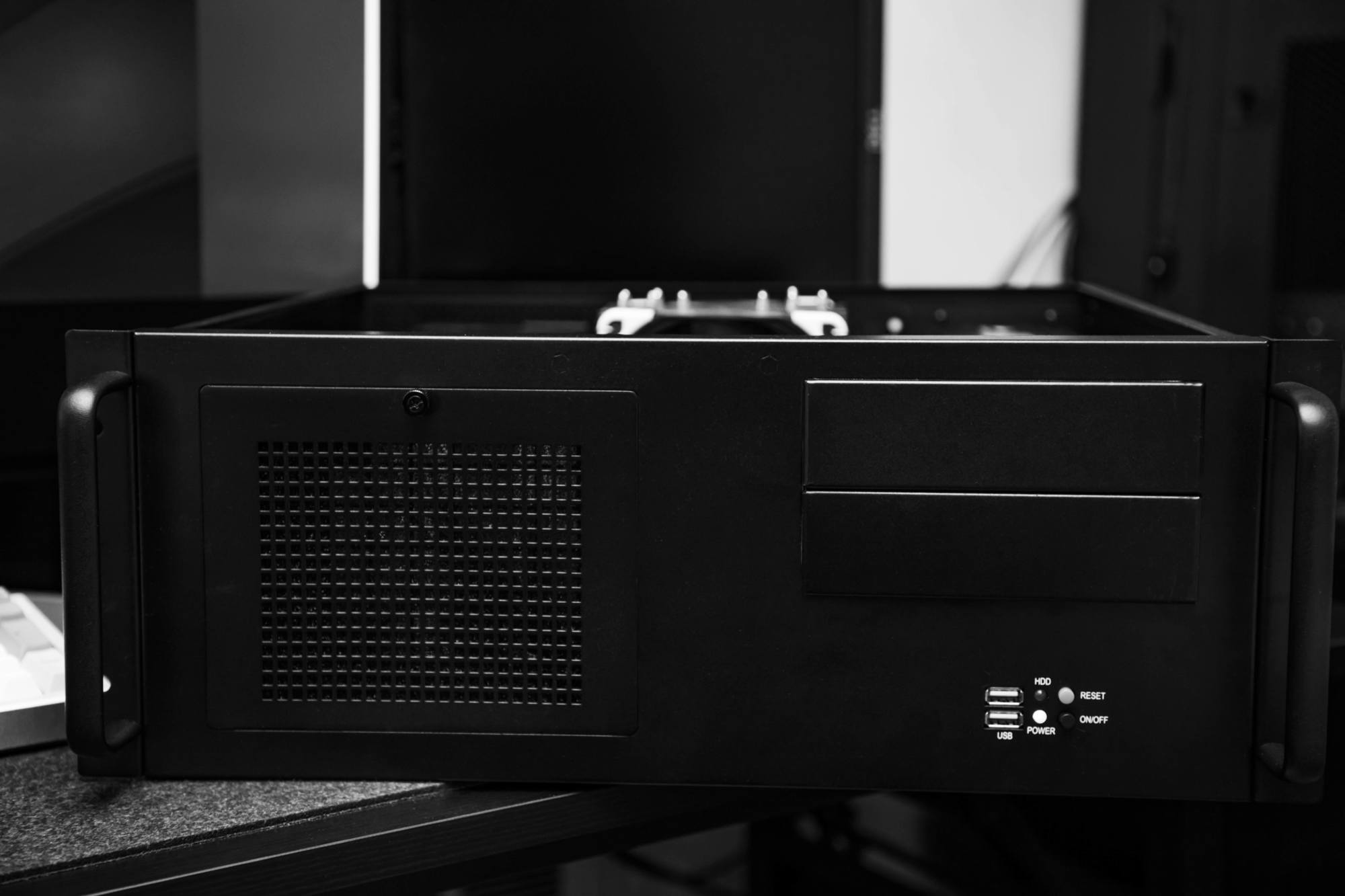 When taking out the hard drive mounting cage thing, that meant the 5.25" drive bays had nothing to mount to. The plan then was to put a piece of mesh there instead which would allow for more air to enter the system. 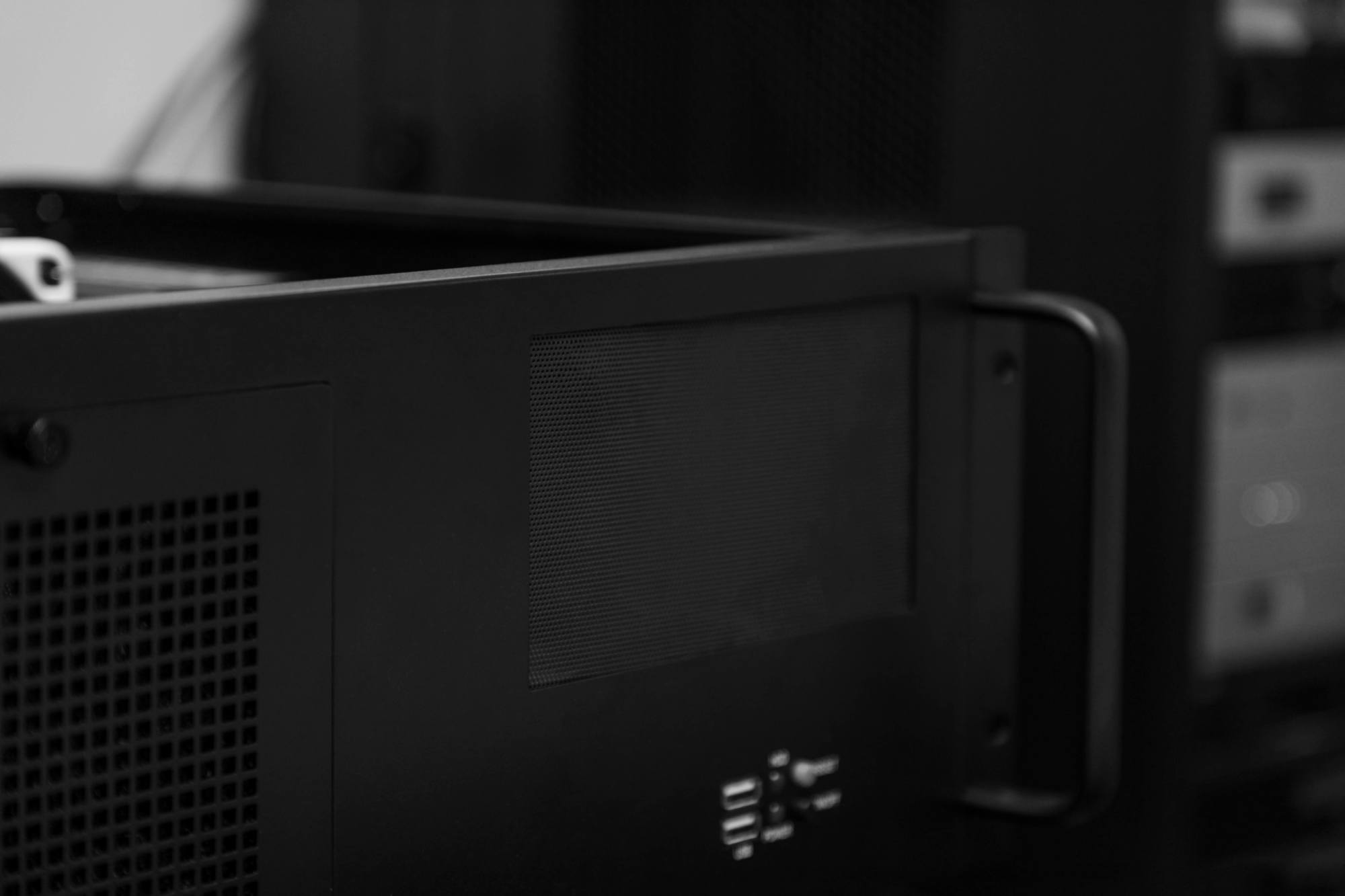 I cut a magnetic dust cover to size and used some electrical tape to mount it. It’s great because I can see the mobo diagnostic lights this way! 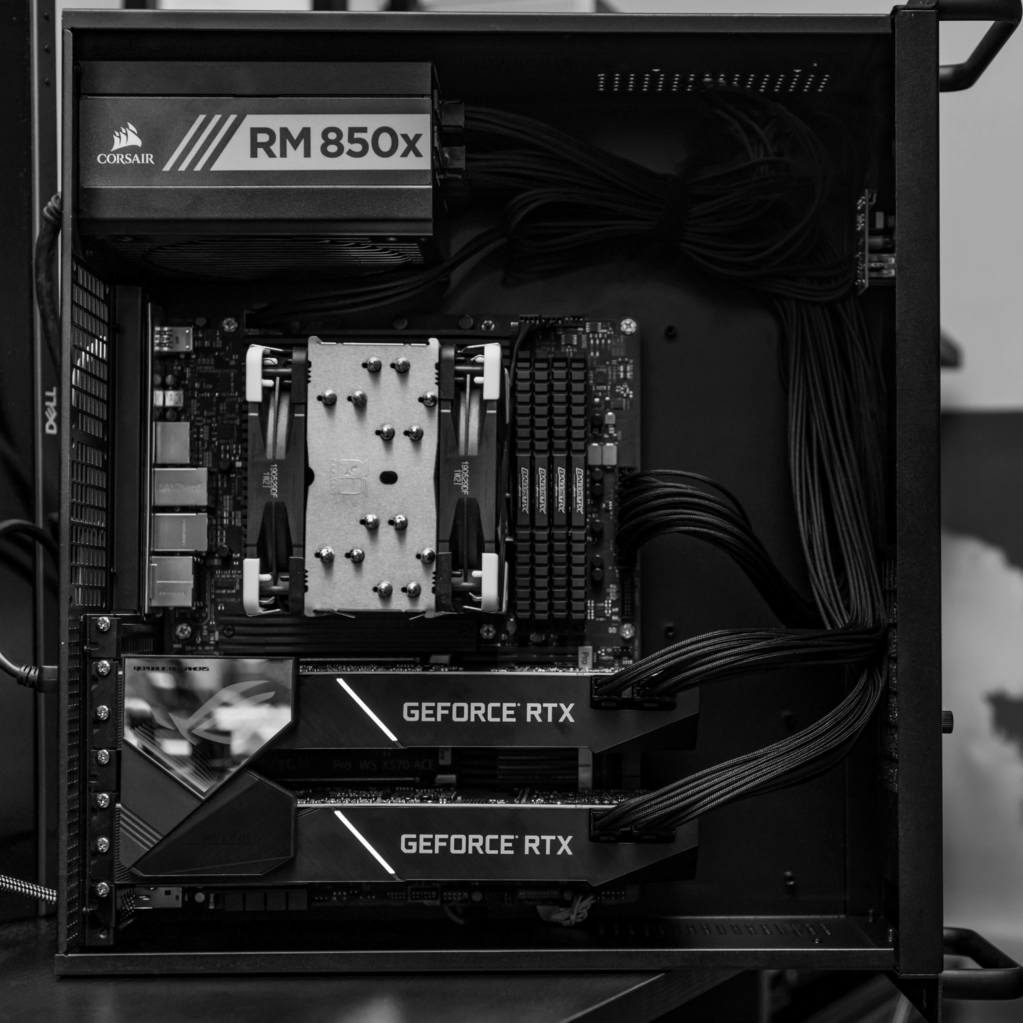 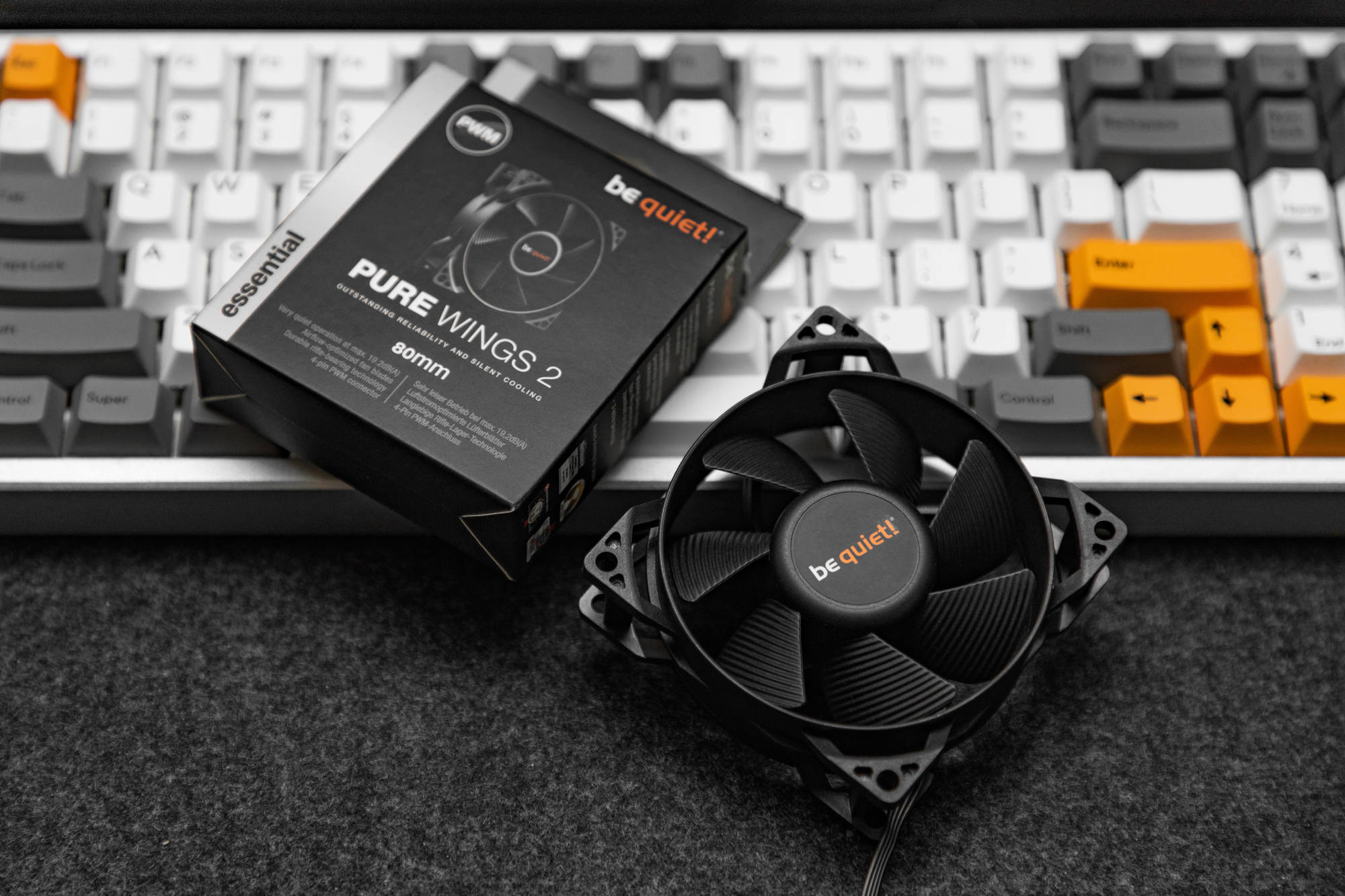 It was a bit of a bummer to not be able to use Noctua fans for rear exhaust, but hey… one can’t always and SHOULDN’T always pick components based on brand. That said, I would have done Noctua Chromax or Industrial in a heartbeat if they came in black. These Pure wings are great performers and very quiet though. Glad to have them aboard! 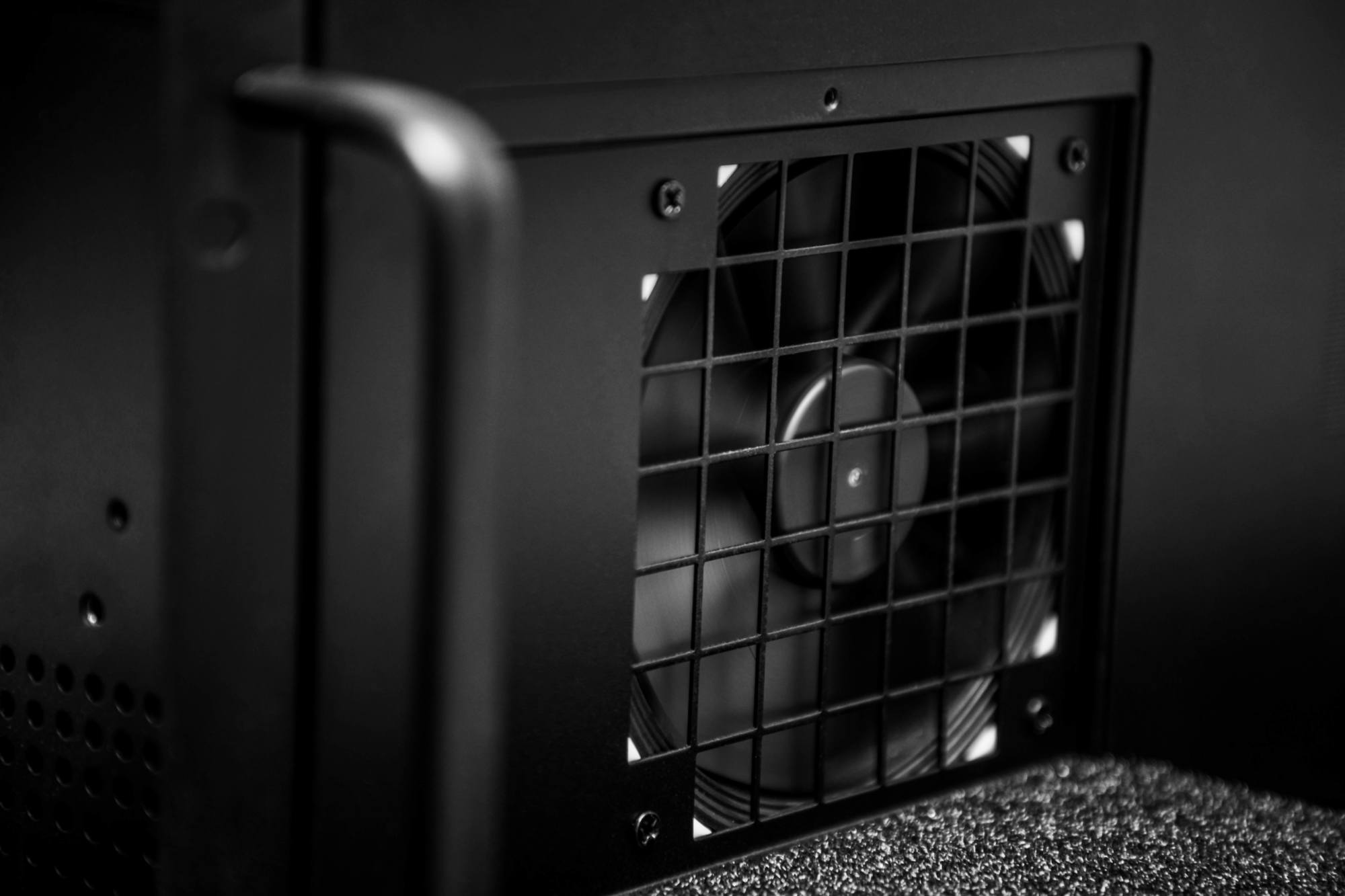 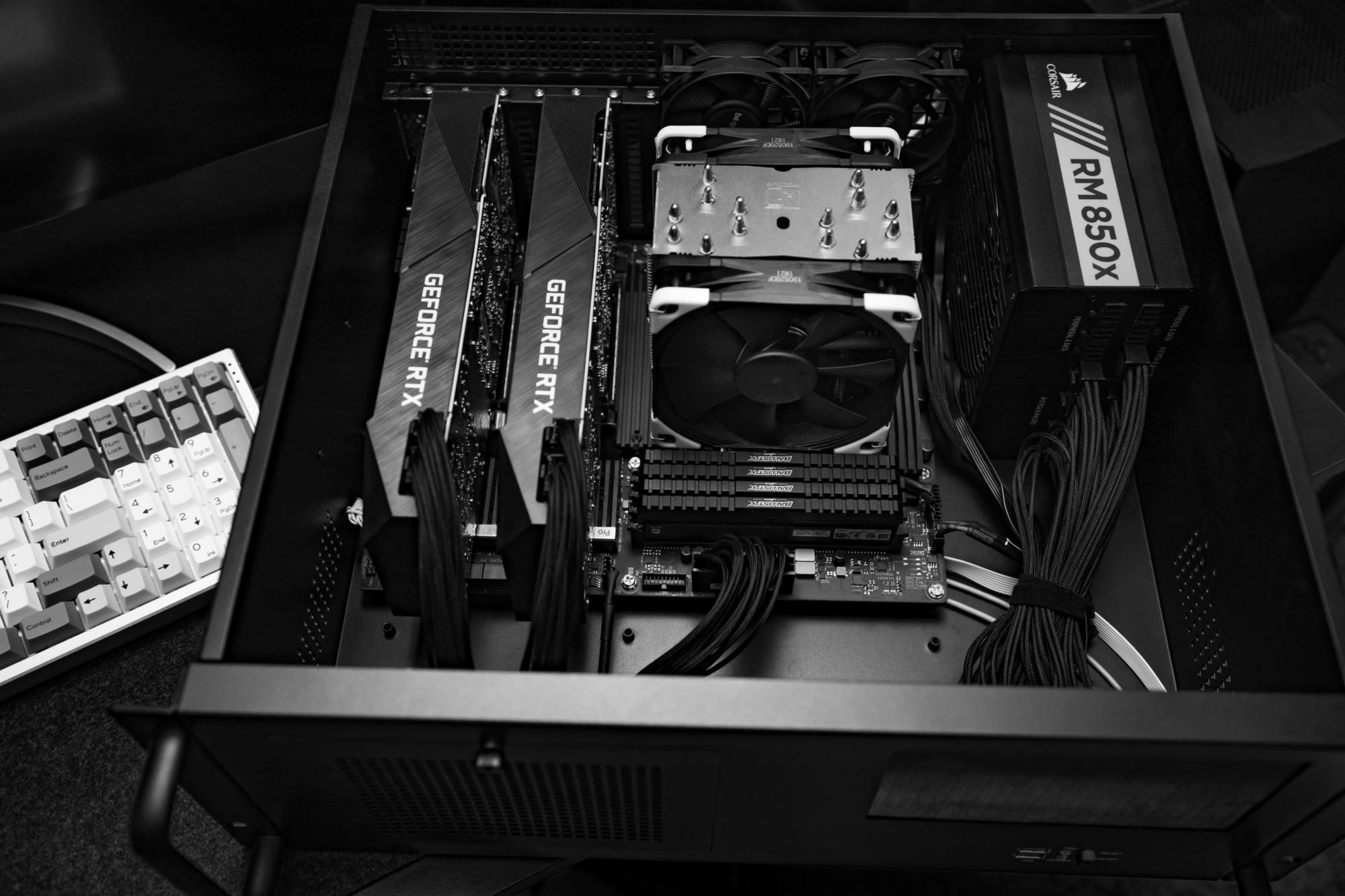 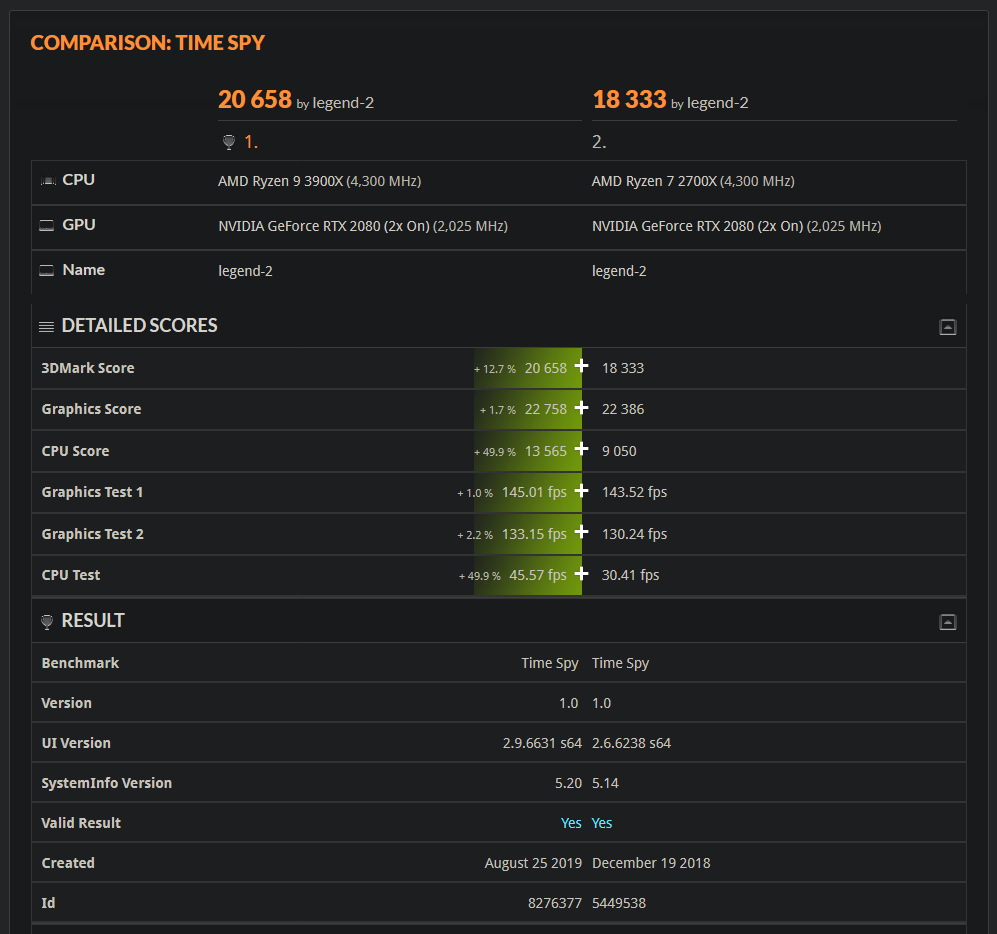 The same GPUs from Hot Chocolate running w/ the 3900X. Both CPUs pushed to the maximum. 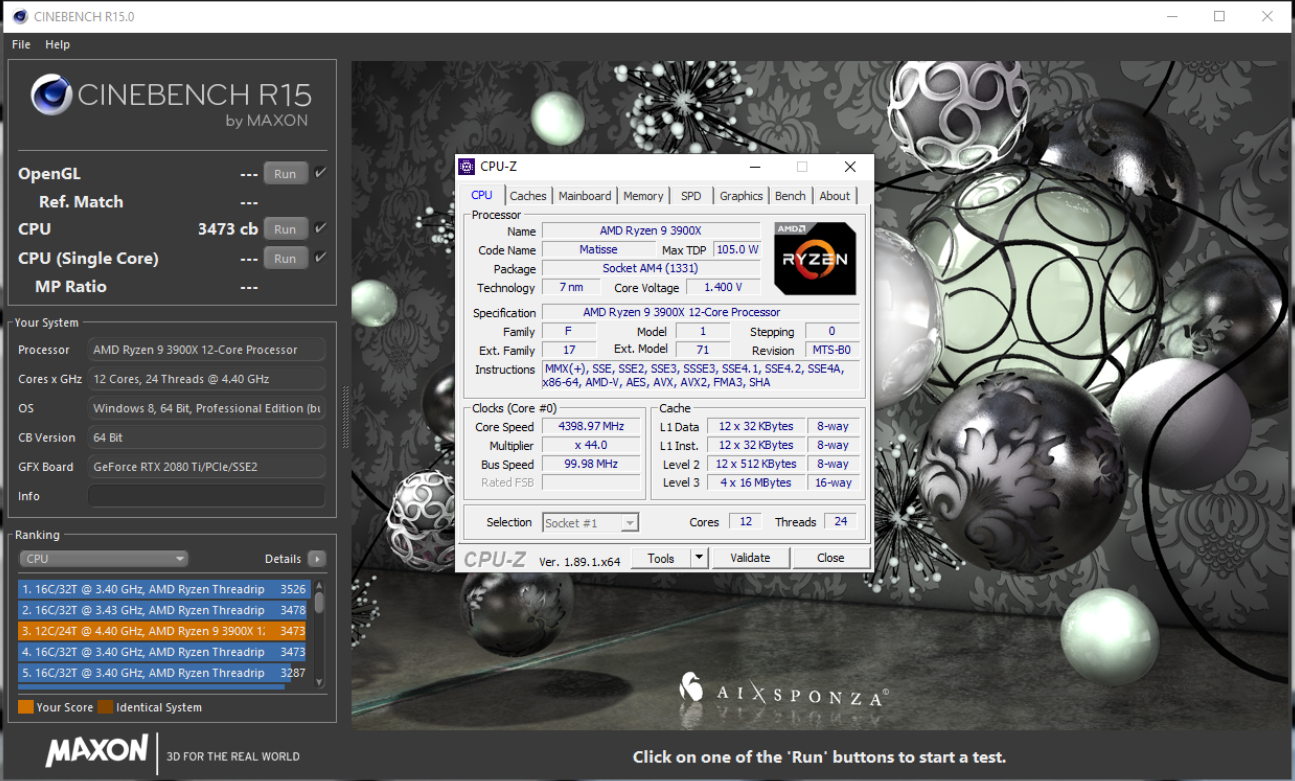 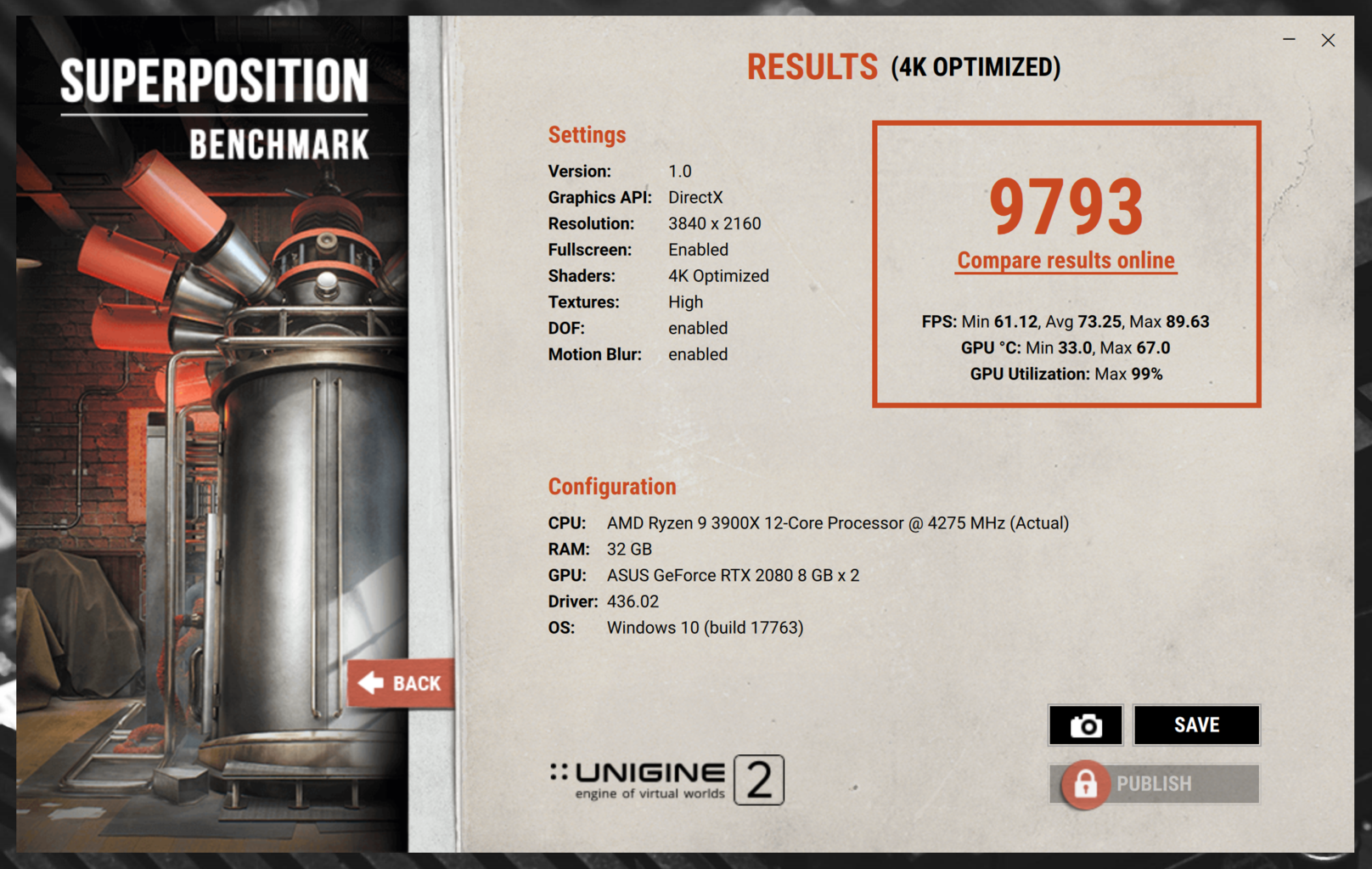 Not sure if Superposition uses the 2nd GPU since it sat idle the whole time. 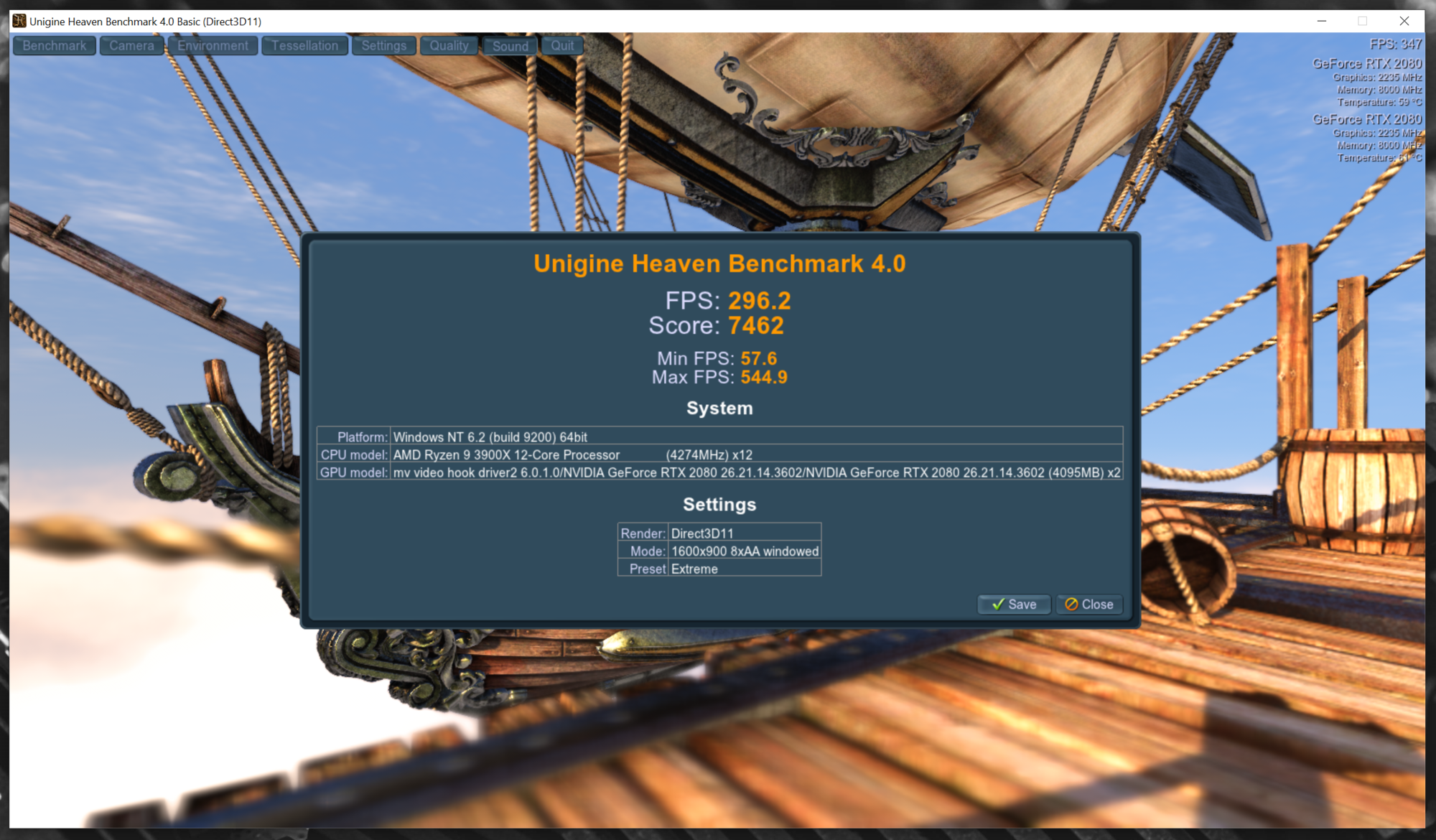 Heaven Extreme benchmark. Seemed to use both GPUs.

Can you actually close the case? I have a 4U case myself and I might switch my NH-C14S out for the U12A if that is possible.

Thanks! Yep I can close it. It touches the top of the Noctua, but doesn’t seem to impact anything. There’s no pressure on it and it still slid right into the rack.

Huh, I guess I’ll get a new cooler soon… xD

Almost forgot to take a shot of the backside!

Found your website. You do some real nice camera/editing work.

Well so far Asus has been completely unhelpful in regards to documentation on the remote management features and settings of the WS board. They keep sending me links to the quick start guide and manual which are poor at best at details.

Like the “manual” literally says Quick Start Guide. Disappointing for such a (maybe?) feature packed board. 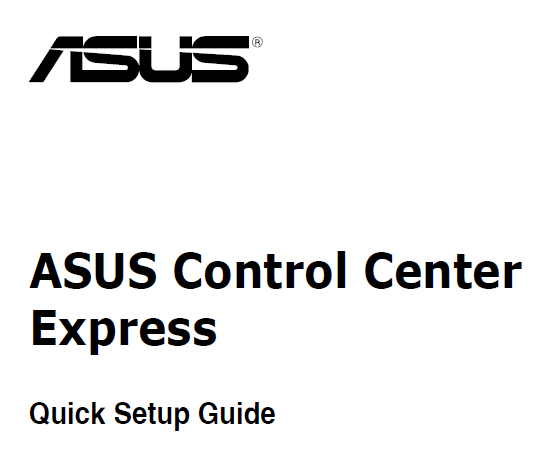 Perhaps my expectations are too high? But I don’t think they are. A quick start guide really shouldn’t be considered a manual.

Documentation Update: Well it took 12 emails and 9 days of Asus calling me every day to let me know they were still looking into it, but they did confirm that the actual, full manual for this motherboard will be done by the end of September. So that’s good.

Very nice build, I only would have picked a different case (something with USB3 on the front).

I don’t interact with the front much. It’s connected to a USB hub I’ve mounted under the desk so that I don’t have to go over to the rack.

That is super sexy…

OMG the build is AWESOME but that terminal emulator is EVEN MORE AWESOME THAN THE SYSTEM ITSELF1!!

You made me very jealous… how do I get some sick skin like that?

Thanks! It’s just cool-retro-term with tweaked settings.
Not really practical for daily use. I use it for screenshots.

CRT is a fun little thing. Even has a Commodore64 skin built-in, iirc.

I’m a sucker for terminal emulators…

I find myself using nano for small C/C++ stuff just cause I like the aesthetic.

Thank you very much and congratulations on this amazing build!

I hear you. I definitely use Ranger even though I could be more efficient in Dolphin lol. Though actually sometimes Ranger is quicker. 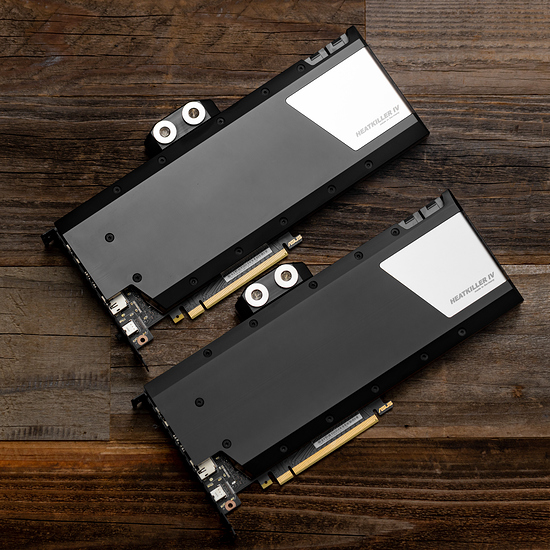 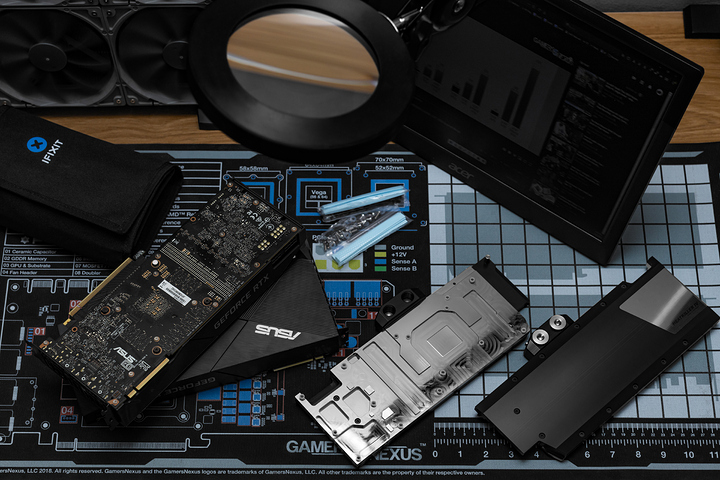 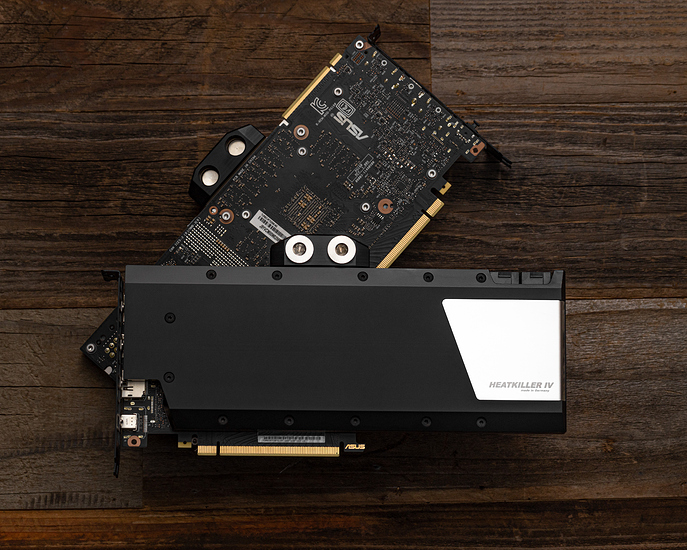 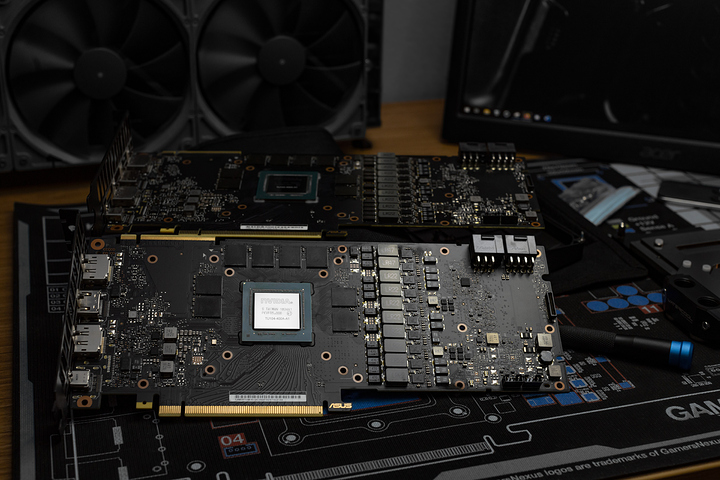 This build is going under water soon!
I’ll be mounting a MO-RA3 to the top of my rack.