Doctors Wendell and Ryan are on the case with the cure for consolitis.

Did you know that even a 5 year old computer upgraded with a ~$200 or less graphics card can challenge modern consoles? and play most modern PC games at reasonable settings at full 1080p resolution? Let's take a look.

This video is the first of a two part series that is designed to help newbies a bit more comfortable shopping for and using used kit. The first part is designed to show you what you can accomplish with used hardware; the second part will show you how.

I have a friend that was going to buy my old PC but bought a crappy laptop instead. Then he said he wanted a HTPC gaming rig. Now he's threatening to buy a PS4. Grrrrrrr!

I configured a $500 PC Part picker. He said "I can get a PS4 for $300". I said "I hope you realize that is a stripped entry level PlayStation and the PC I specified is much better. By saying that you wanted a gaming PC I assumed you wanted a better experience than you can get on a console. Plus it is a HTPC and can be your media and backup for your laptop server".

I researched the specs of the PlayStation and configured a new $300 PC that would be just as shitty as an entry level PlayStation using an AMD-A8. Then I thought of your idea and looked for used/refurbished PC's that could accept a cheap graphics card for a total system cost of $300.

The only problem with that is he has no upgrade path by choosing the cheapest possible PC. Now I refuse to talk to him about computer stuff. If he wants a PC, he knows where to find me, but I am pretty sure he has his mind made up to buy the PS4.

Mind you this is the same guy that asked me to take him to Micro Center to buy $50 speakers. We spent an hour and a half talking to 2 salesmen and looking up reviews on his iPhone. Then we left without buying anything. I said "they are only $50. What do you want at that price, BOSE? Just pick one and if you don't like them, you can return it."

The cringe is real! lol

I can see why this might otherwise require drinking. It's all good fun though.

I recently upgraded from a Q9550(3.8GHz OC) that made it 7 odd years. The only game to give me any real issue was Witcher 3, where I would occasionally encounter pauses between cutscenes, causing audio effects(non-dialogue) to reset; otherwise, the game ran fine 98% of the time..
Hoping I get the same milage out of the 4790k

Edit: By the way, if you're lucky, Walmart has been clearing out last gen Alienware Alpha i3 "consoles" for $125(varies by location); which is roughly on-par to the performance of your giveaway PC(in a much nicer, less serviceable, form factor). While none of the stores by me had any available for that price, I was able to successfully use Discover's Price-Match program for a reimbursement of the difference. If you happen to find one on display, may be worth a check to see if the store has them on clearence.

The cringe is real, but the cringe is awesome! Gives the videos so much quirky character, I love it!

Can't wait for the video on Cheap Surplus PCs and Where to Find Them.

I havn't watched yet, so I don't know if you addressed this, but I think a video on "how to shop" for computer parts could also be beneficial for people just starting out. Not everyone has the forsight to plan the entire build before going to the store, and often times I find myself buying things like an SSD without actually planning that in the full build, mostly because I don't know what is reasonable. What was good a few years ago is way outdated now. In addition, there are plenty of numbers on the boxes of PC parts that dont have any relevant meaning, and understanding which numbers to look for is integral to purchasing any parts you will be putting into a build.

Good information. Waiting on hearing where I can get my hands on unicorn machines, especially in the UK if they exist.

Not to mention you're both wearing white coats and you're saying words an average console player won't even understand like PCI-E 16x slot or an i5 2500. Looks like freaking rocket science to the uninitiated.

But maybe that wasn't the purpose of the video and I'm completely off. Anyway. I can't wait for the next video because I would love to buy a few of these to experiment with.

The cringe is brilliant, too though. It adds character!
I love it. :)

I enjoyed the video. Keep up the great work guys!

"Firefly class"
Been looking about for places that have surplus stuff to build a server with, doesn't seem to be much where I am :(

There should be an adapter for the proprietary motherboard power connector, don't know if this is the exact one needed, also the RX 470 uses a bit less power than a 480, and you can undervolt/underclock it a bit to lower the power draw even more 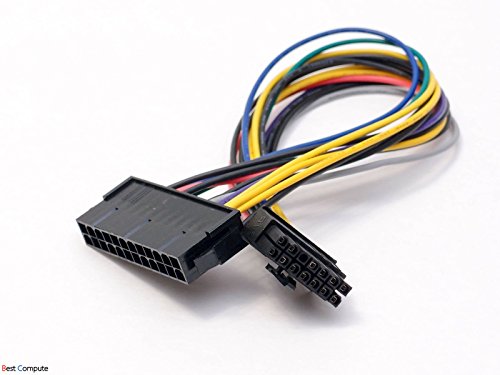 currently I think the 950 is the fastest low profile card you can get, dunno if it's available in the US though

When did qain get his own product line?

You misunderstand, its a quad socket motherboard with 4 quad core i5's

but theres only one cooler, one 8pin eps, and psu isnt like 600w lol

I think you might be right about the 950 being the fastest LP card you can get. I've also found another one from KFA2 but since they are basically the same company the difference is probably mostly aesthetic. 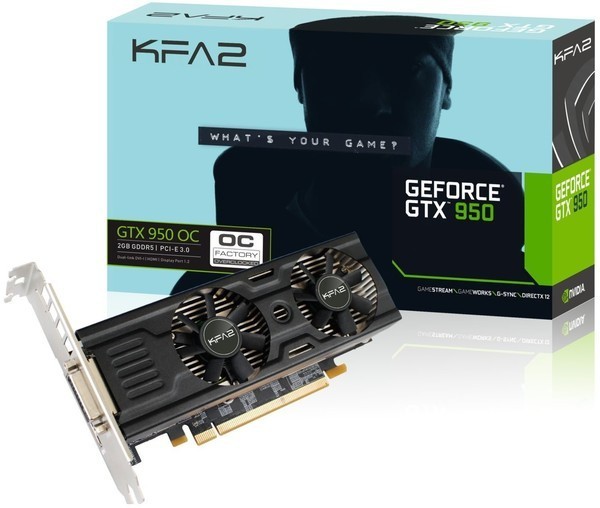 They don't seem to be readily available in the same way the 750ti might be. There are some 950s on eBay that you can buy new from Italy for about €164.

Then there's one from Galax that is something between the one you found and the KFA2 one on Japanese Amazon, but that one is Currently unavailable. 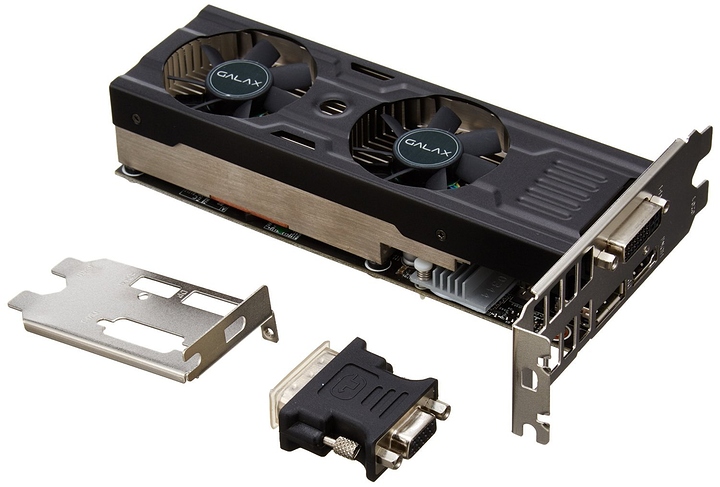 At the place I work at we normally sell those optilex's for 3-400 depending on what we put in them, but that includes our refurbishing, upgrading, and a new copy of windows. Most people don't buy them for gaming but those who do we normally swap the PSU's and they just get a decent video card. Glad to see videos like these :)

Great episode, and dont kid about consolitis, it is a serious condition which requires awareness!.
On a side note a AMD APU build is cheap, and alot better then a console aswell, just remember to buy some 2400Mhz RAM.