Sure, the people that are on Craigslist to make a living are not “the right place” to find great deals on hardware. Success will also depend on your locality — e.g., when I was in California, Craigslist was not a great source for deals. But in Indiana, there’s deals to be had.

Look for individuals (read: hobbyists) who are selling stuff after upgrades. Avoid resellers; avoid gamers (gamers are generally focused on selling high to afford their next upgrade). Sit back and don’t be discouraged if you don’t find anything for a few months. Think critically about what/if you buy, but also keep in mind that if it’s a good deal, it’ll be gone within hours (also, if it’s good stuff but overpriced, wait for it to sit there a month or so and then make a more reasonable offer).

for example, i picked up my server rack from a local business for $300. It was in like-new condition and included an 8-port KVM + cables, a fibre channel switch, and two heavy-duty PDU’s.

this is an Asus Sabretooth z77 motherboard with an i5-3570k and 16GB of ram. The gentleman I bought it from said the motherboard was broken and it would hang when booting, so I went into this with the idea that I'd fiddle around with it and maybe get it working, maybe not. The ram and the cpu would be worth the asking price anyway, even if the mobo was not fixable.

Fast-forward a week: tried everything I could think of and I can't figure out what is wrong with the mobo. As in: I DON'T THINK THERE'S ANYTHING WRONG WITH IT AT ALL. Booted from every sata port, windows and linux, not one issue. Ran memtests for hours, ran cpuburn for hours. I think I have a new system. 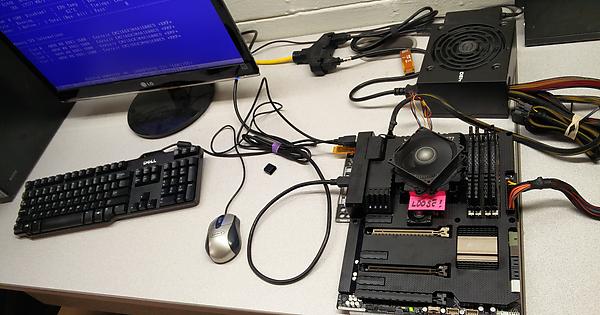 20 dollars for all of that and it's working? That is a freaking steal my friend. Ivy Bridge i5 is still more than viable for gaming. You can totally make a system for yourself or someone else.

yep. was thinking i would upgrade my son's box, but the 3570k doesn't support vt-d, so there would be no gpu passthrough to his windows vm. : (

Craiglist sucks pretty bad, so I use Kijiji instead. It's basically the same.

What i've been doing whenever I have free time is buying broken stuff (ex. monitors that don't power on, but screen works), and selling them, or buying super desktops (second/third gen), and upgrading them, and then selling them. Made $200 profit that way.

Oh, and if you live in a rural area, you could always go for a walk around neighborhoods on garbage day, and see if anyone is throwing out old electronics or stuff. I got a few things that way as well.

Craiglist sucks pretty bad, so I use Kijiji instead. It's basically the same.

So that means Kijiji sucks as well then?

So that means Kijiji sucks as well then?

I should have elaborated more. They're basically the same type of website, in which you post what you want to sell, however, different in that Kijiji in my area get's a lot more attention.

different in that Kijiji in my area get's a lot more attention.

Yeah, craigslist varies a lot by area. Is Kijiji Canada-only? that's all I've found. Had never heard of it before.

Is Kijiji Canada-only? that's all I've found. Had never heard of it before.

Honestly, no clue. I've never heard of anyone outside of Canada talk about it, so it might be.

This is the other deal from last week. 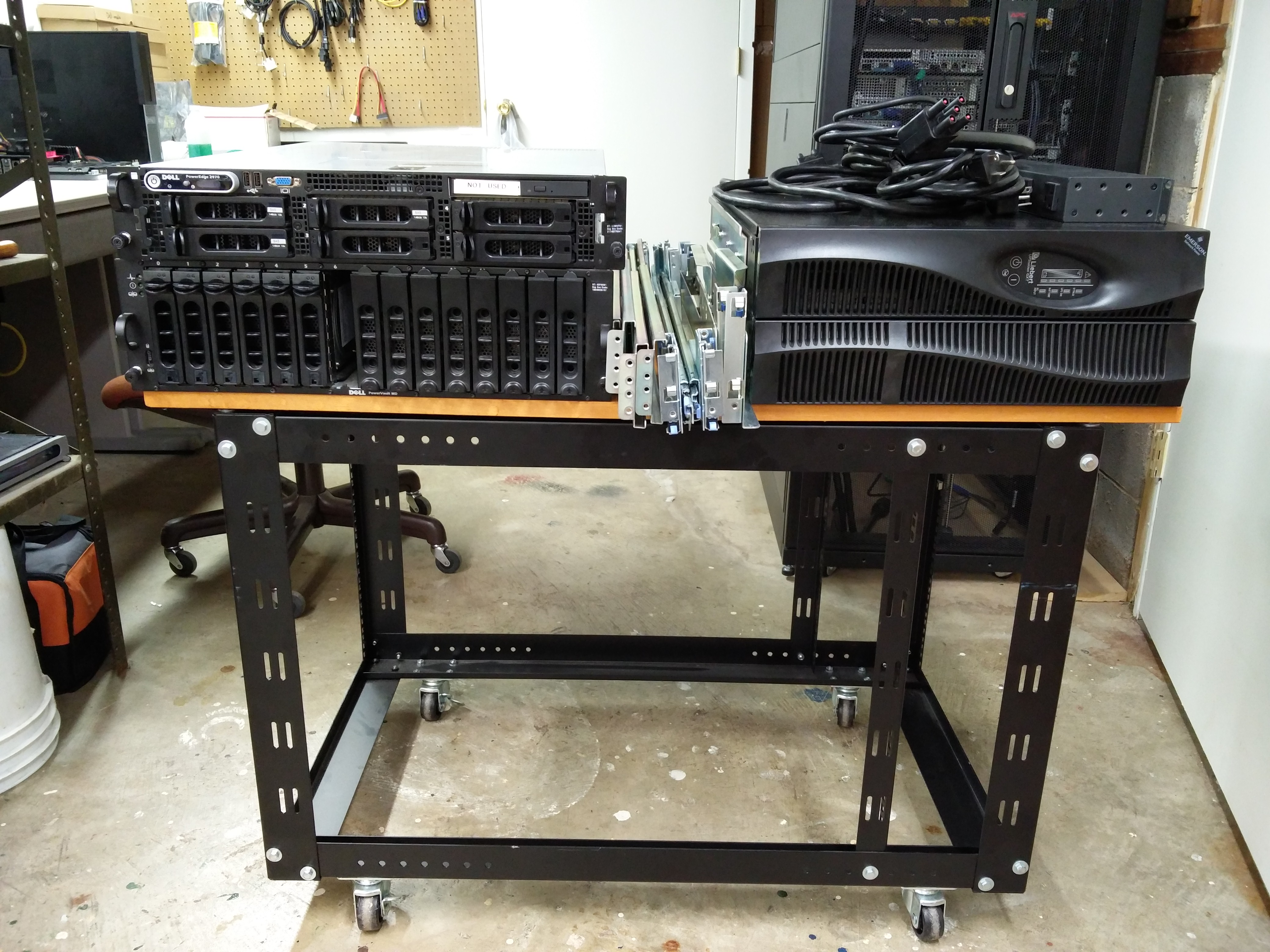 I've been looking for a rackmount UPS, and that's why this listing caught my attention. But I've already picked up two that turned out to not actually work, so I was hesitant. This one came with an extra battery cabinet. Haven't tested it yet because I've been messing with the other stuff.

The powervault is what convinced me to actually grab this stuff. I casually asked if there were any disks included (it has 6 trays and the rest are blanks). Answer was "yes, six 7200rpm 2TB SATA drives." oh, damn. I'm coming!

I was really not interested in the server at all, but it does have the sas expansion card for the DAS. I will probably move this to (or get a new one for) one of my other servers and sell this one. But it did have another nice surprise: six 146GB 15K SAS drives!

I didn't think I'd want the rack, either. I already have a (much nicer) rack. But this one turns out to be a great size (and it has wheels) to be a little workbench. the board in the picture is just sitting there for now, later I'll buy some bolts and attach it permanently. 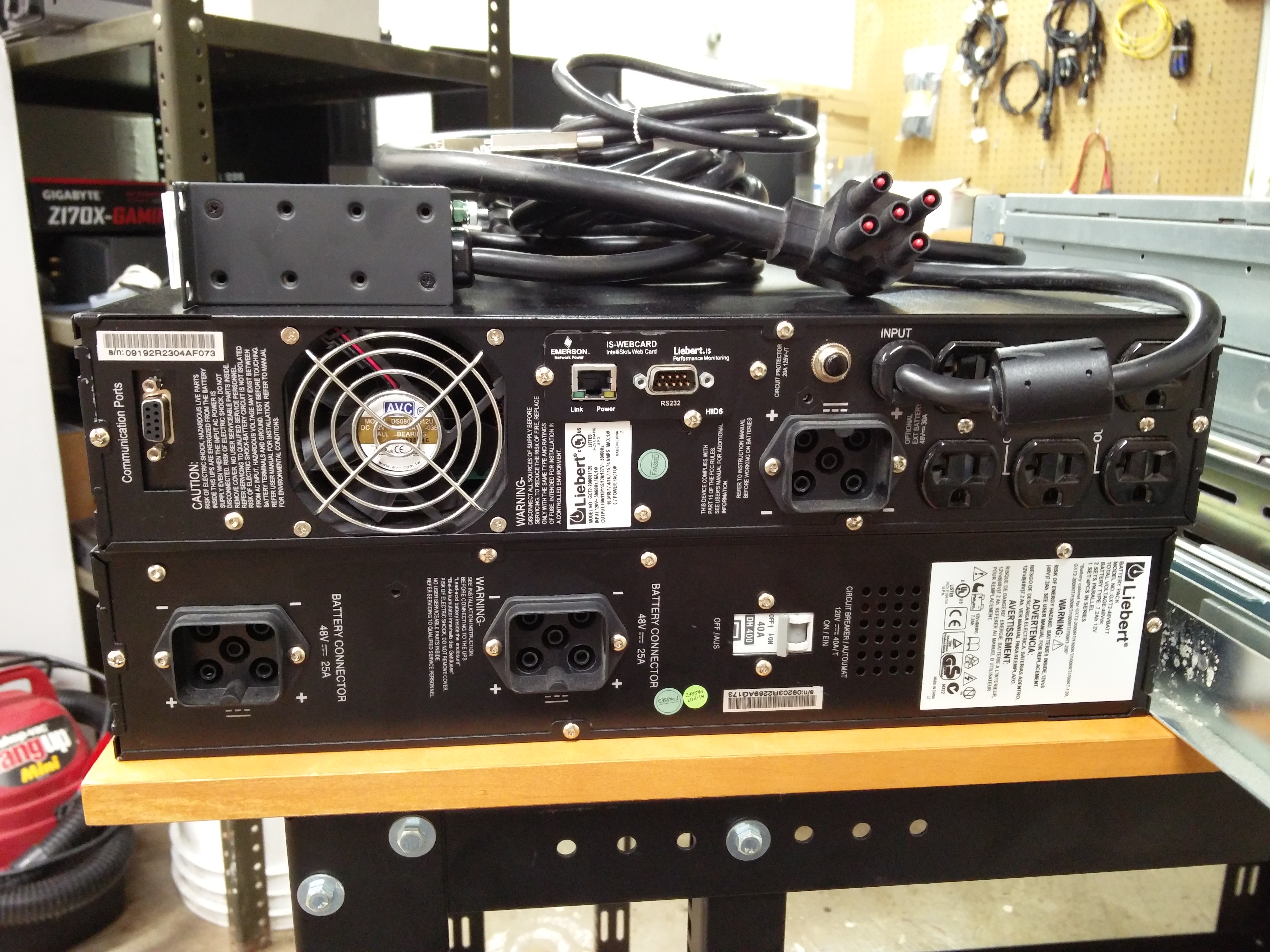 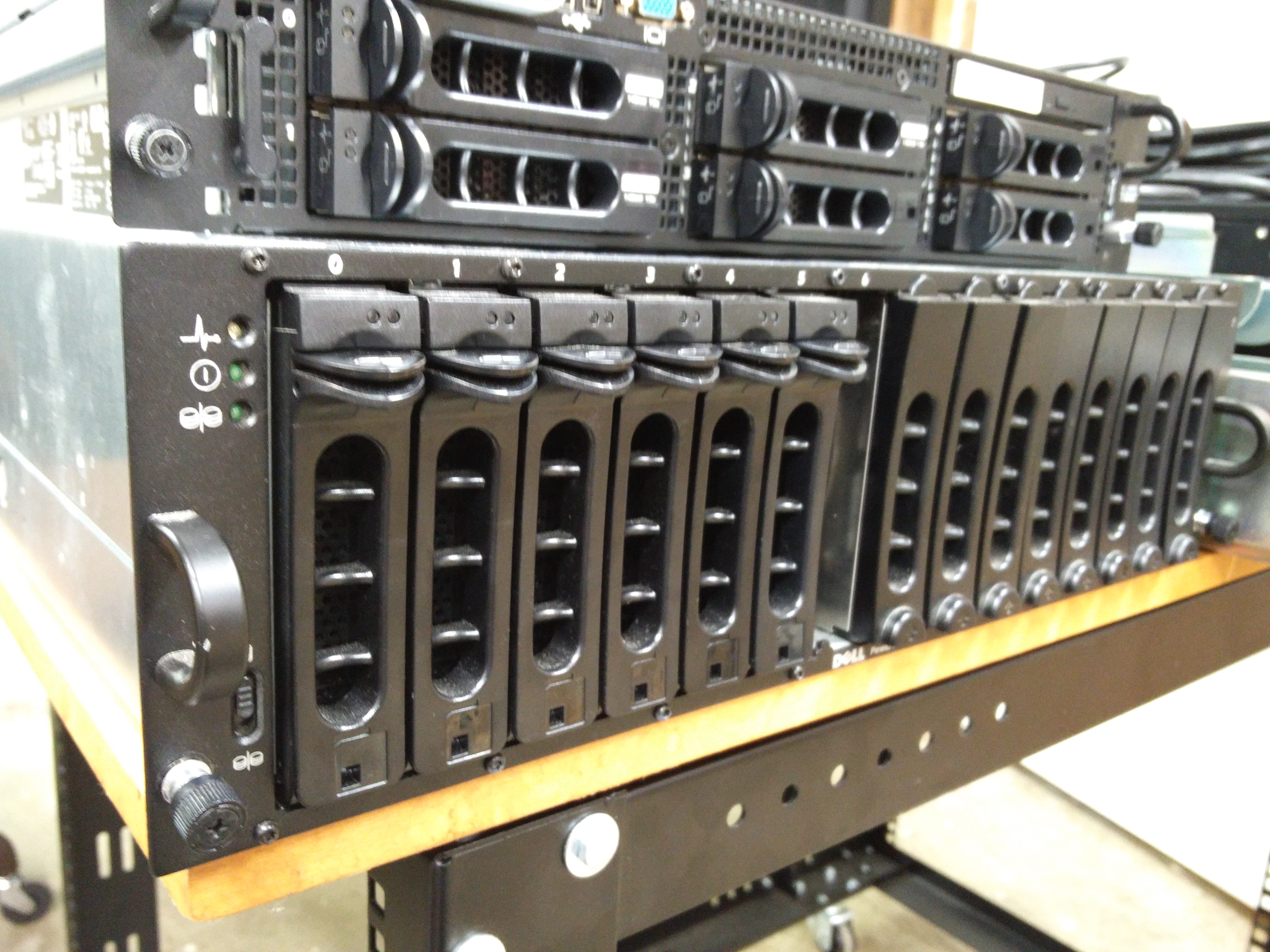 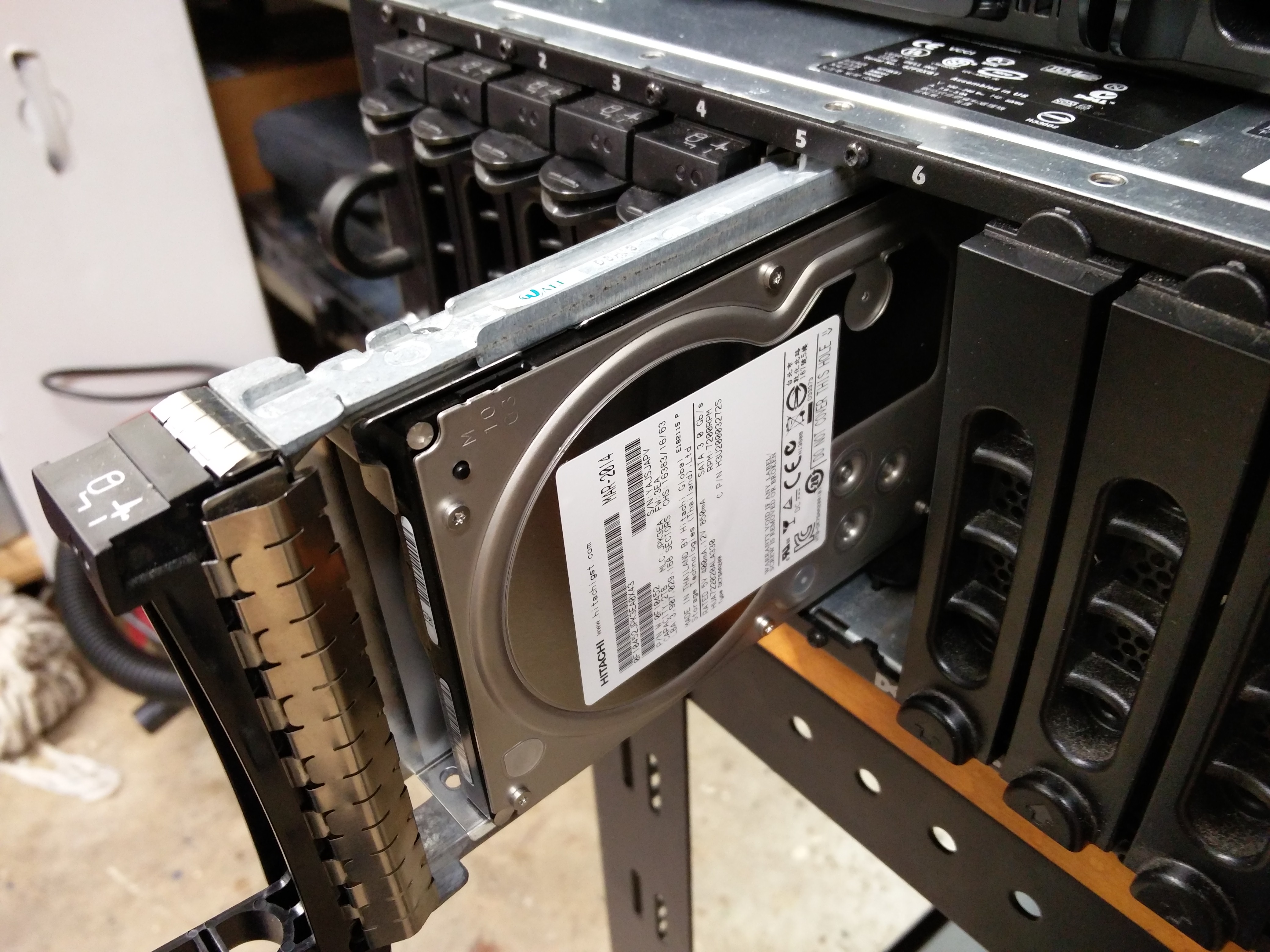 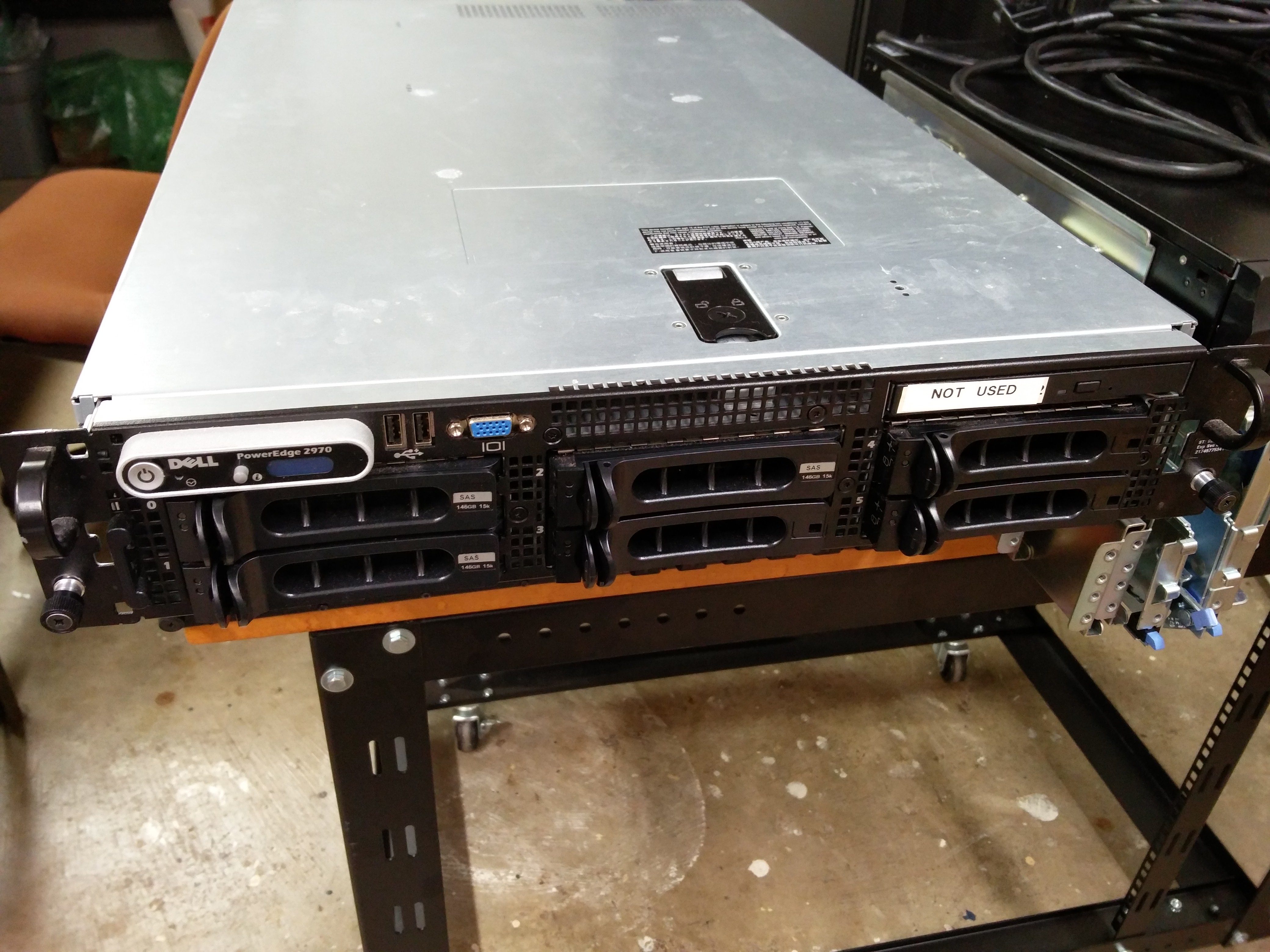 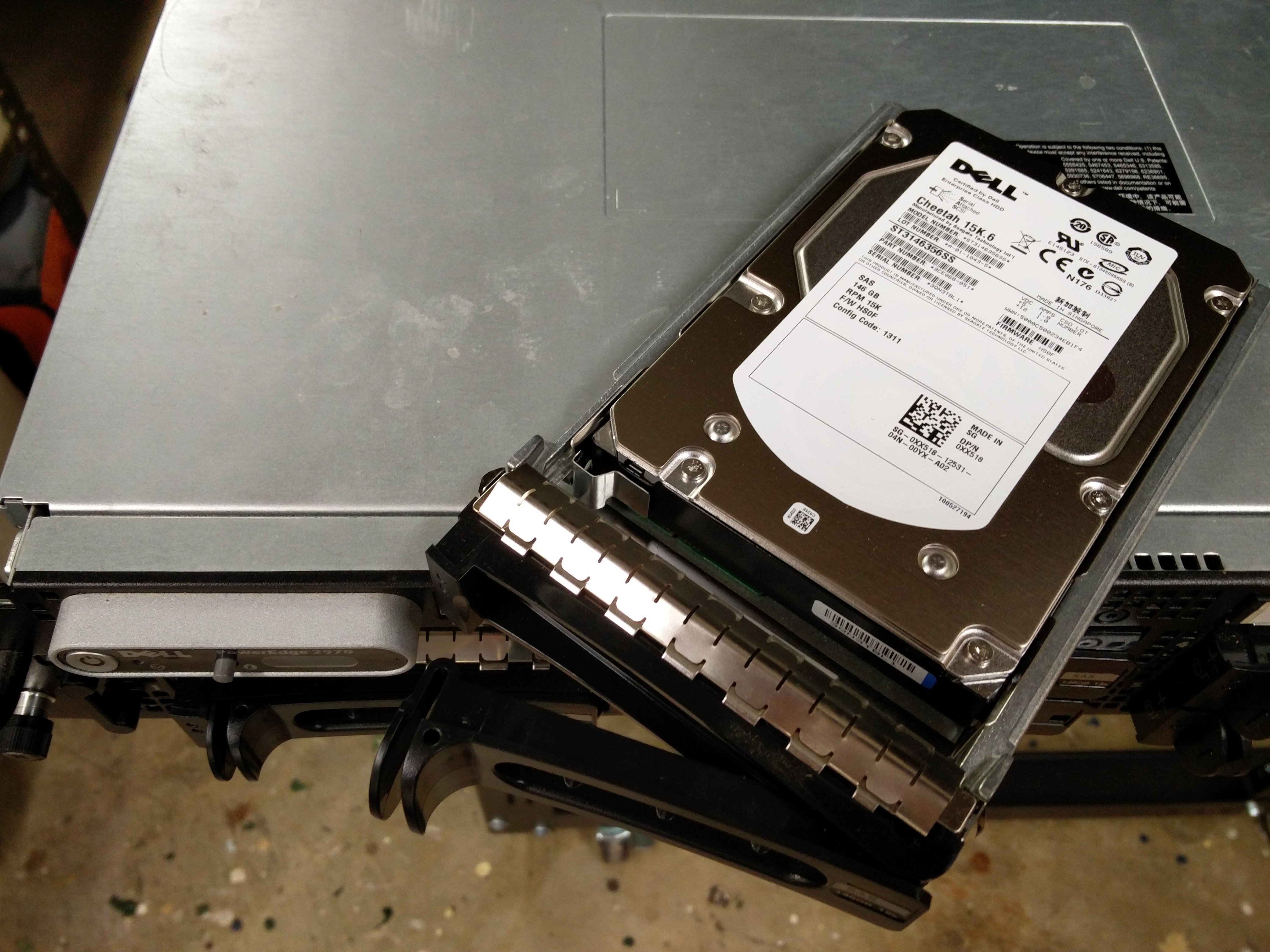 Poweredge doesn't look great inside, but boots and runs fine. Came with 12GB ram but i had to pull 4 out because they were mismatched and causing issues on boot. Also the guy didn't give me the Windows Server 2008 password but that's easy enough to get around (also I probably won't keep Server 2008 anyway (also, as noted above, I'll probably sell the server anyway)). 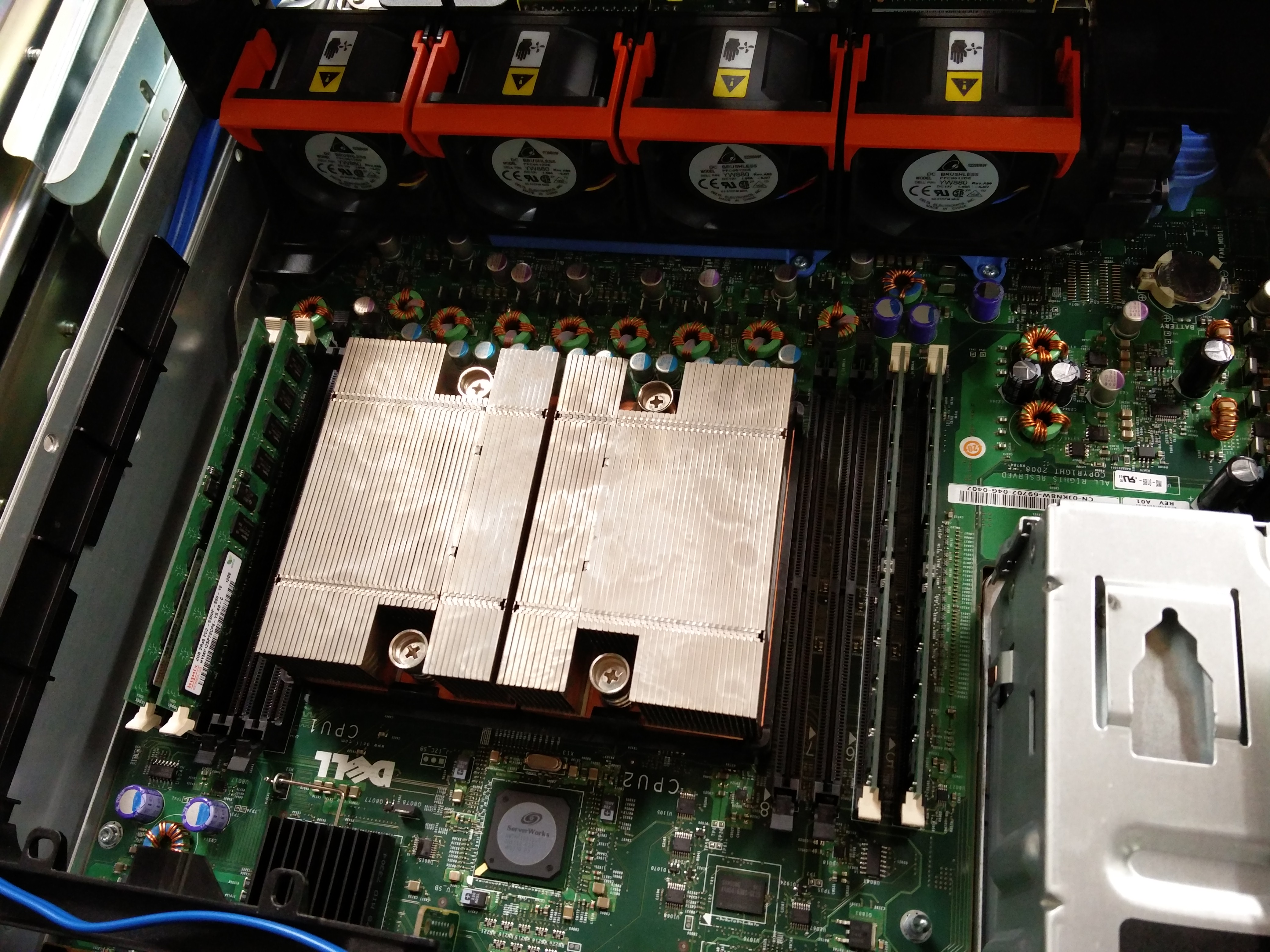 SAS expansion card (perc 5/e) also "works but looks like it's been through a lot." 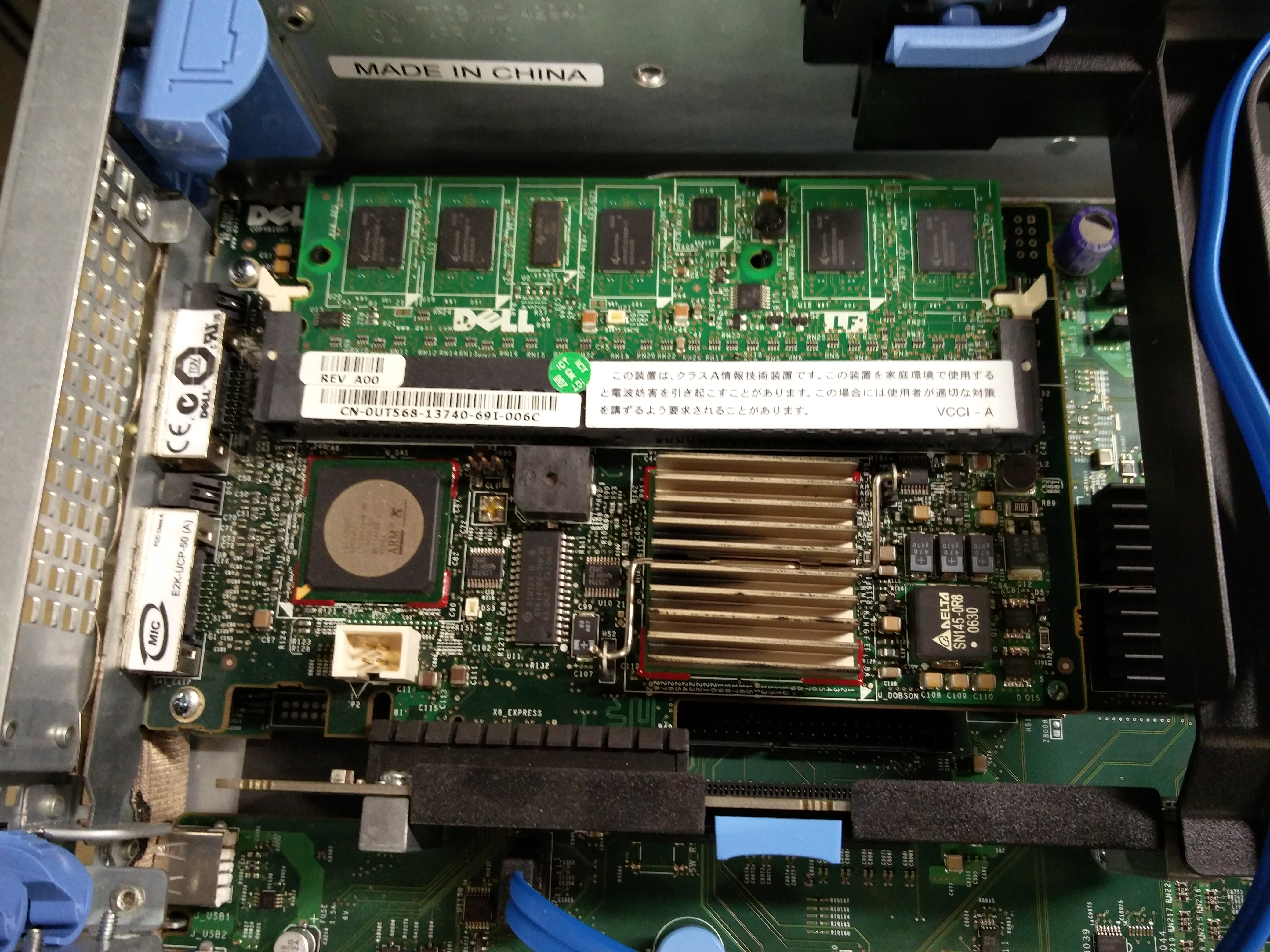 $100 and tank of gas for borrowing my parent's truck

sounds good! not to deter a good buy but, as a helpful FYI Just because RAM and or CPU passes doesn't mean it's good. We have had bad hardware pass stress test before, sometimes days if not weeks before A we find another way to figure out it's bad or b it finally shows an error after a 100+ hours. Just note for any would be trouble shooters in future if you have weird quirks with machine that passes HW tests.

for sure. time will tell.

guy said it would hang after post, up to 5-10 minutes, and sometimes fail to boot the os at all. that's the part i spent a week trying to reproduce… but not one hint of anything wrong. But, like you say, we'll see what happens. maybe i should set it up to just run and reboot for a few days.

I wish there were deals like this in my area.

got it all racked finally (alongside existing stuff; had to take everything out and reposition the rails). 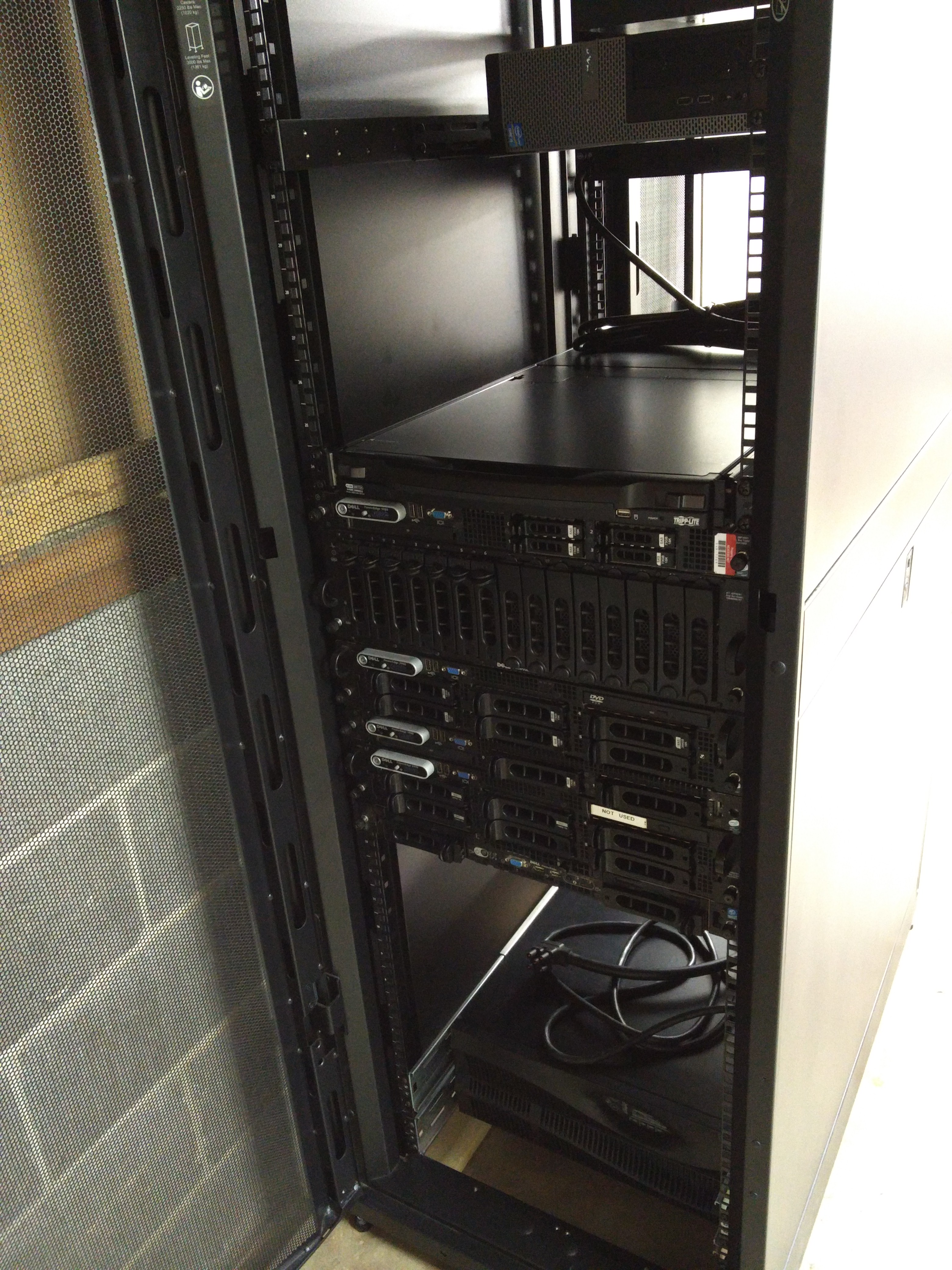 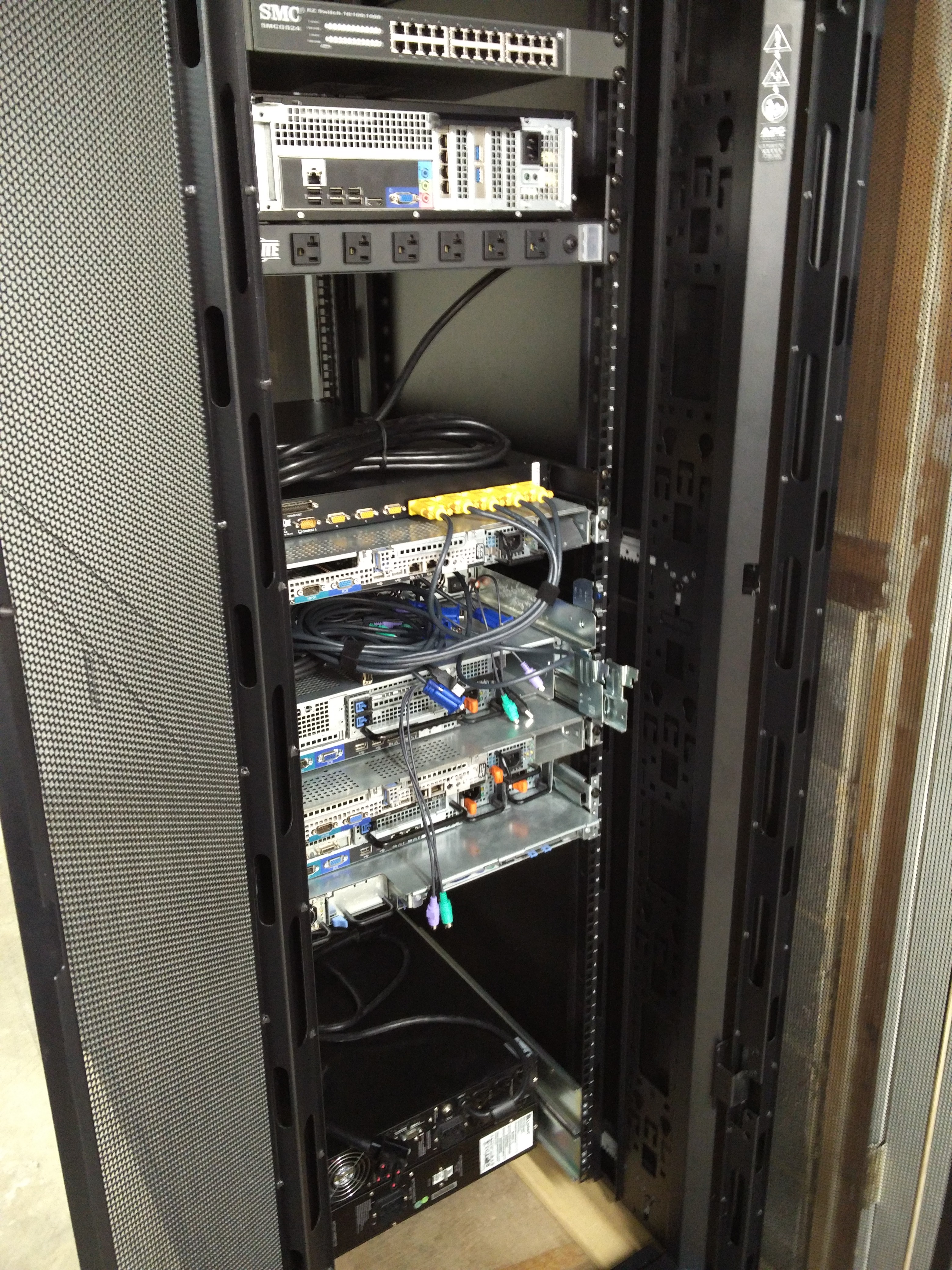 I'll be switching to cable internet soon, so this weekend, I picked up a Linksys cable modem to feed my pfSense box (which is the Optiplex 3010 in the photos above). $10, good deal. 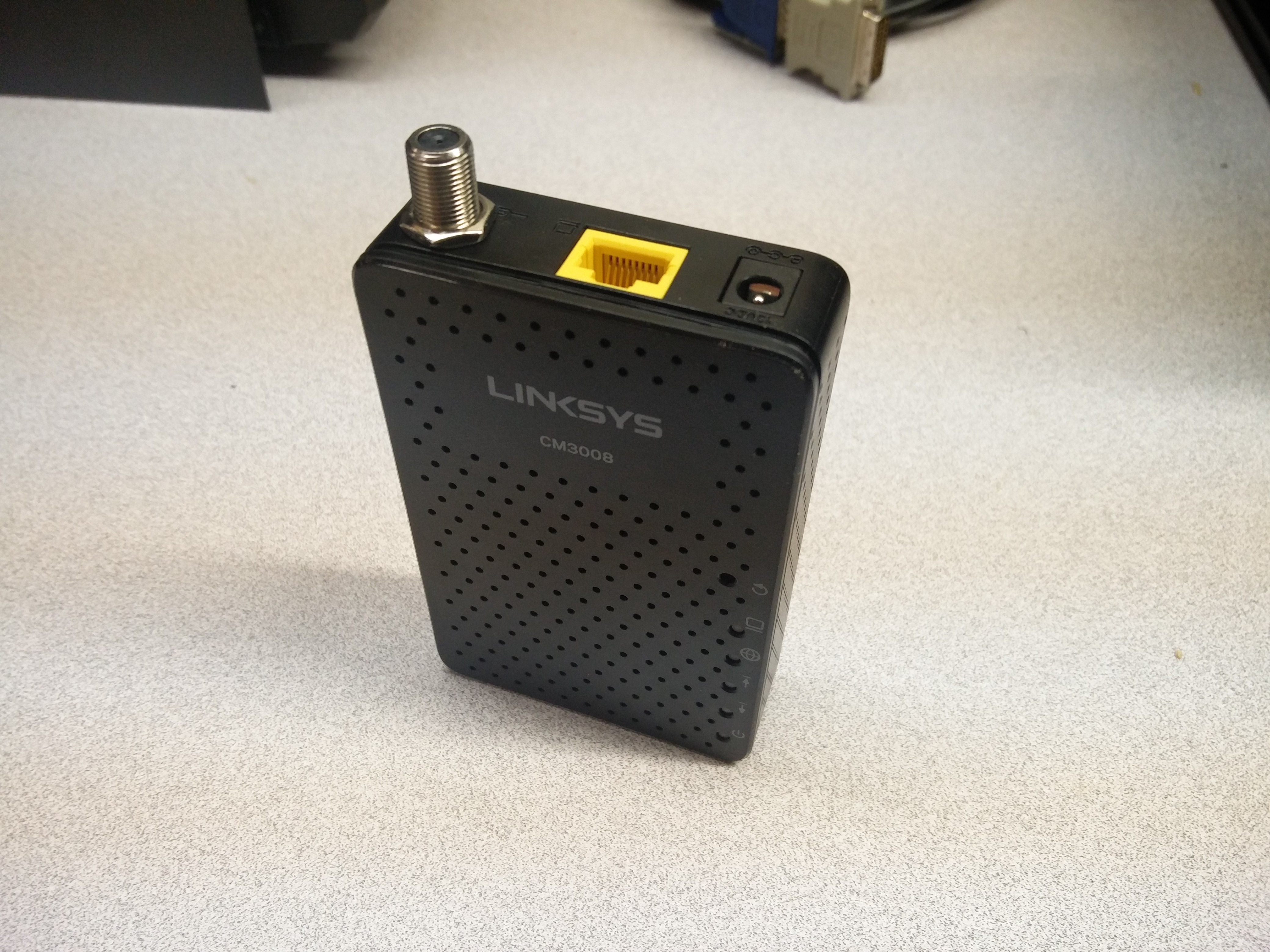 This is the pfSense box. I looked for a few minutes and realized… the PCB in that modem would probably fit in there. 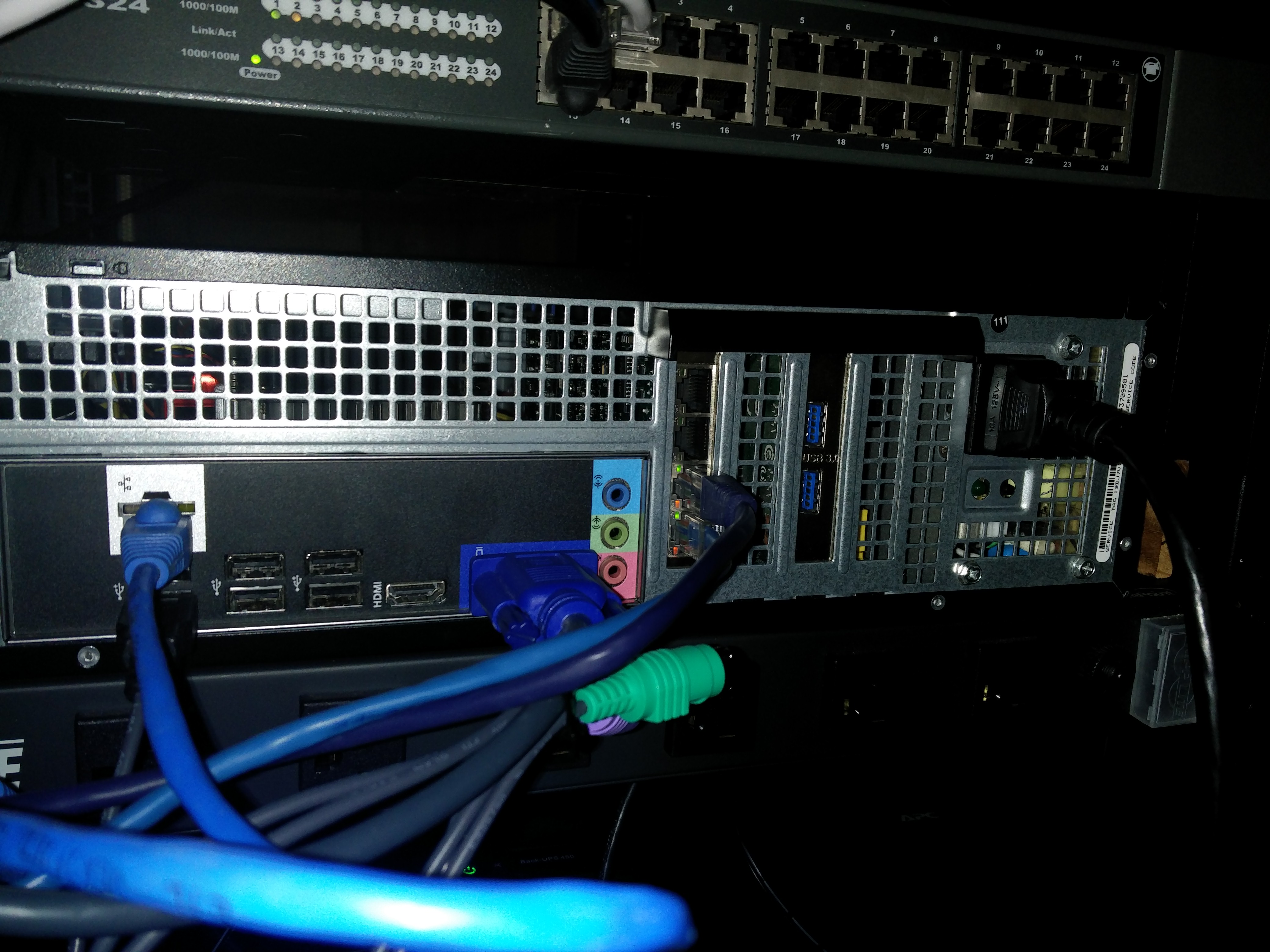 Yep. Too bad it doesn't have a bracket. 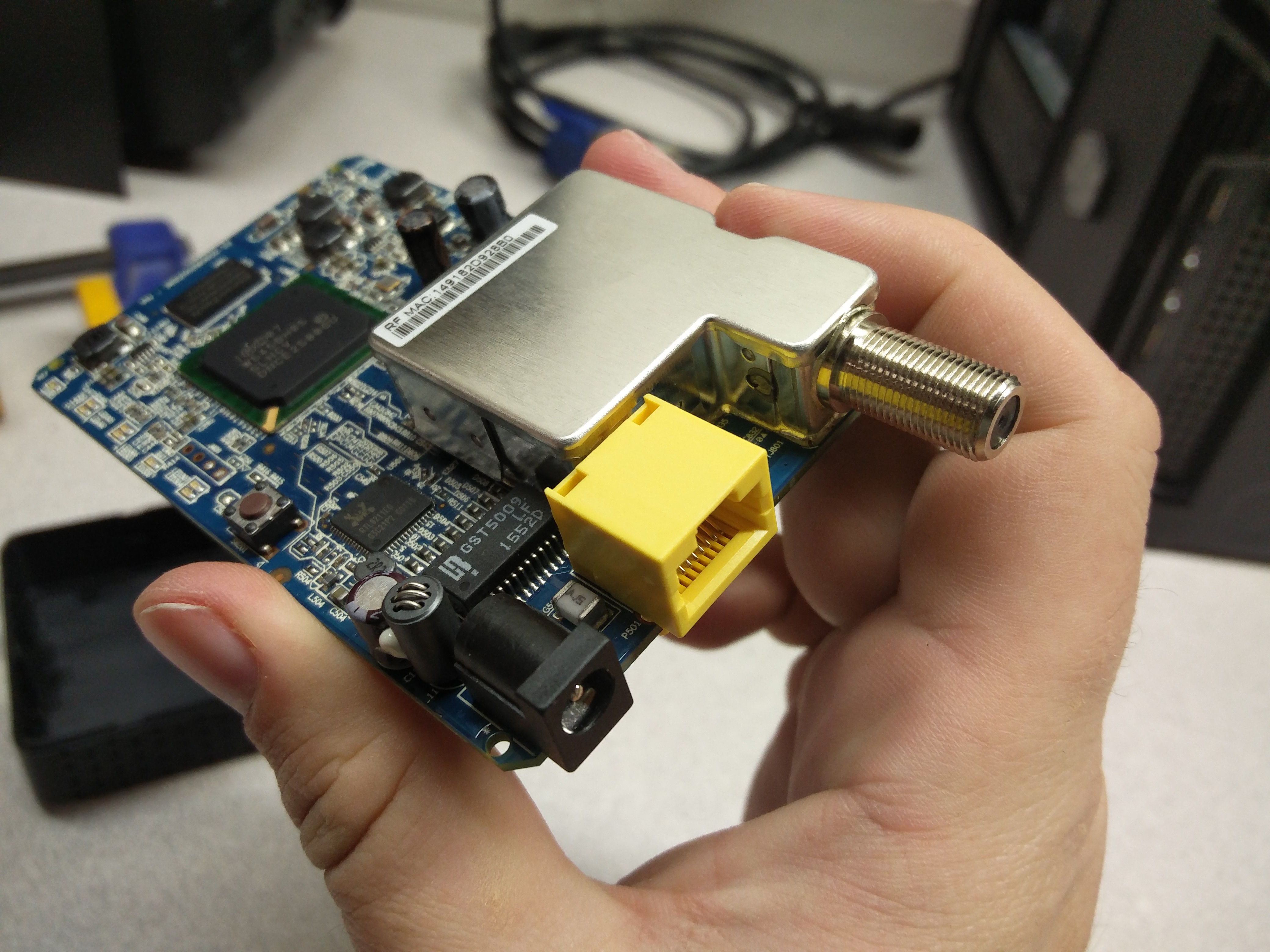 OH WAIT, I have tools! 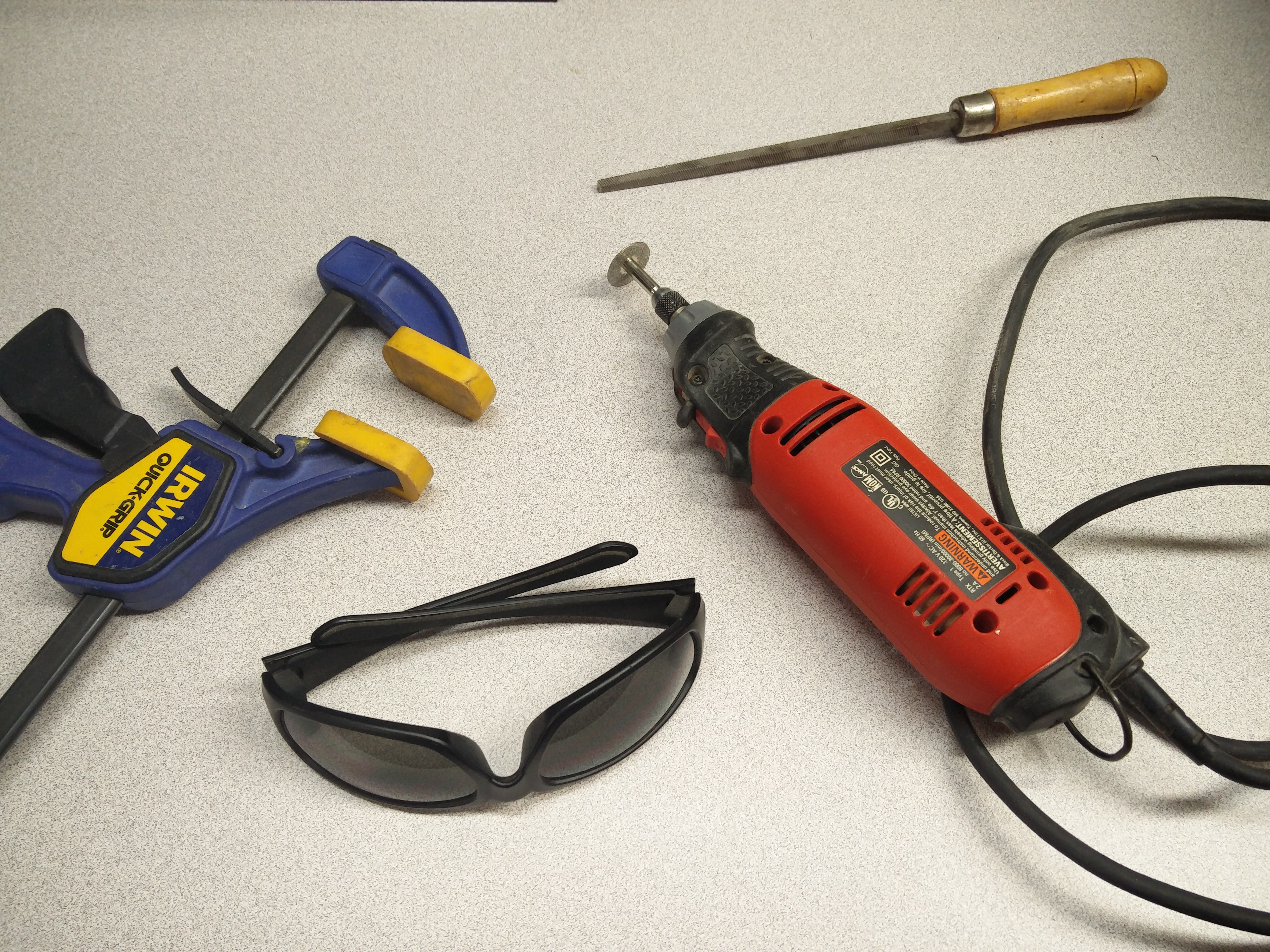 Cut out the grill on one of the extra pcie slot covers from the 3010. Lines up okay. 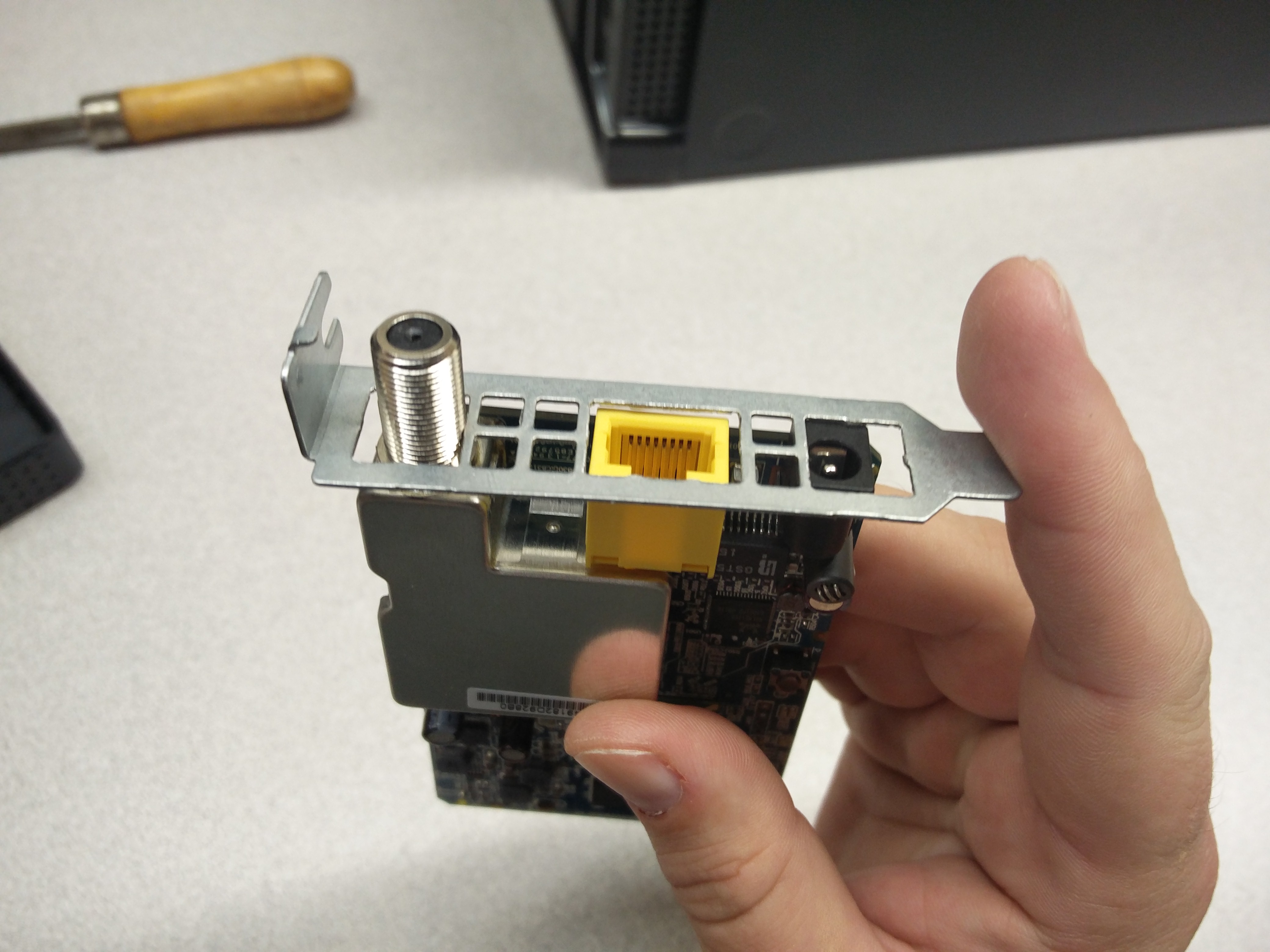 But needs a spacer. I'm shoving a twist-tie through a bit of rubber spline to wrap around the post. 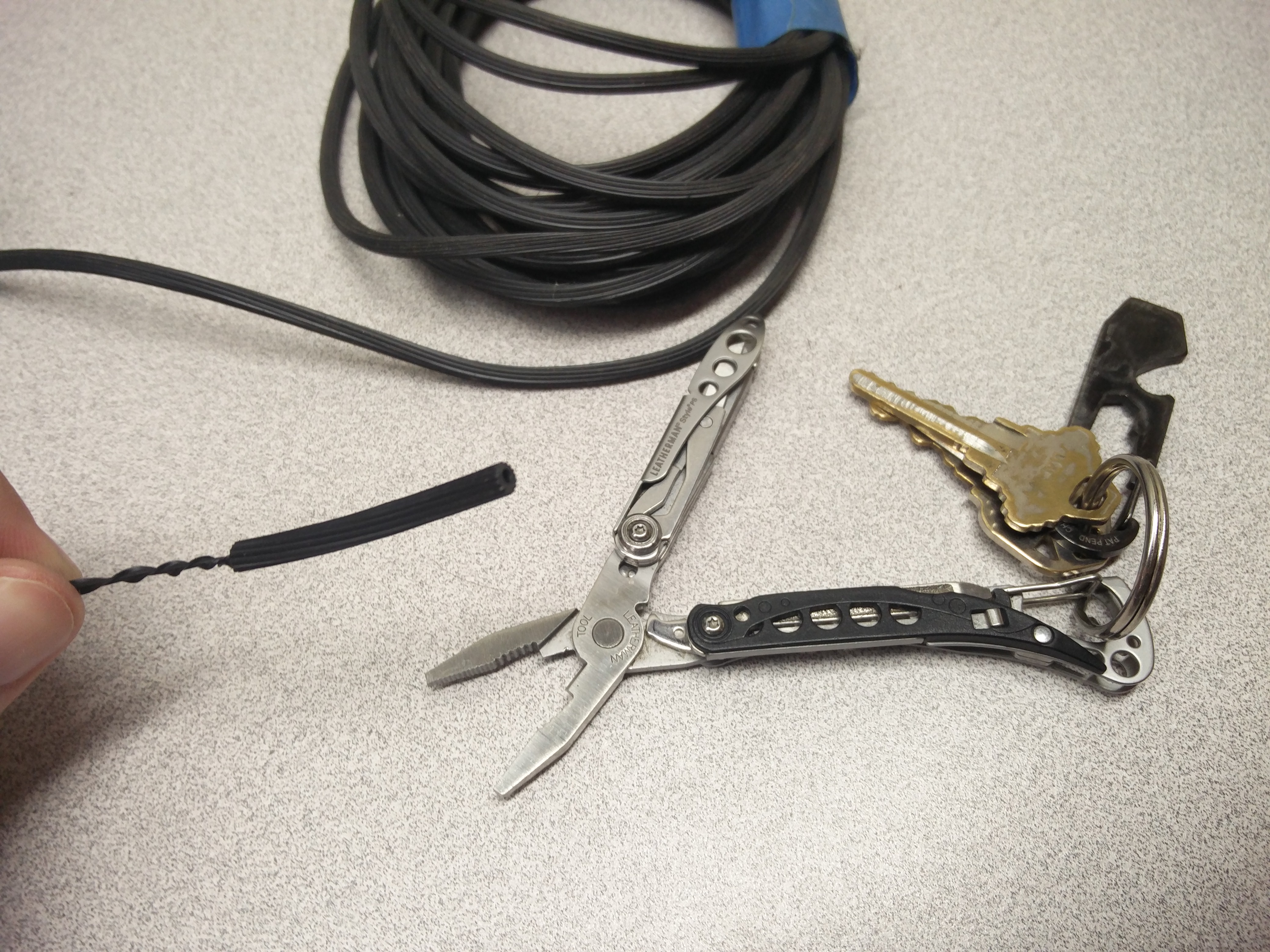 Works way better than I thought! 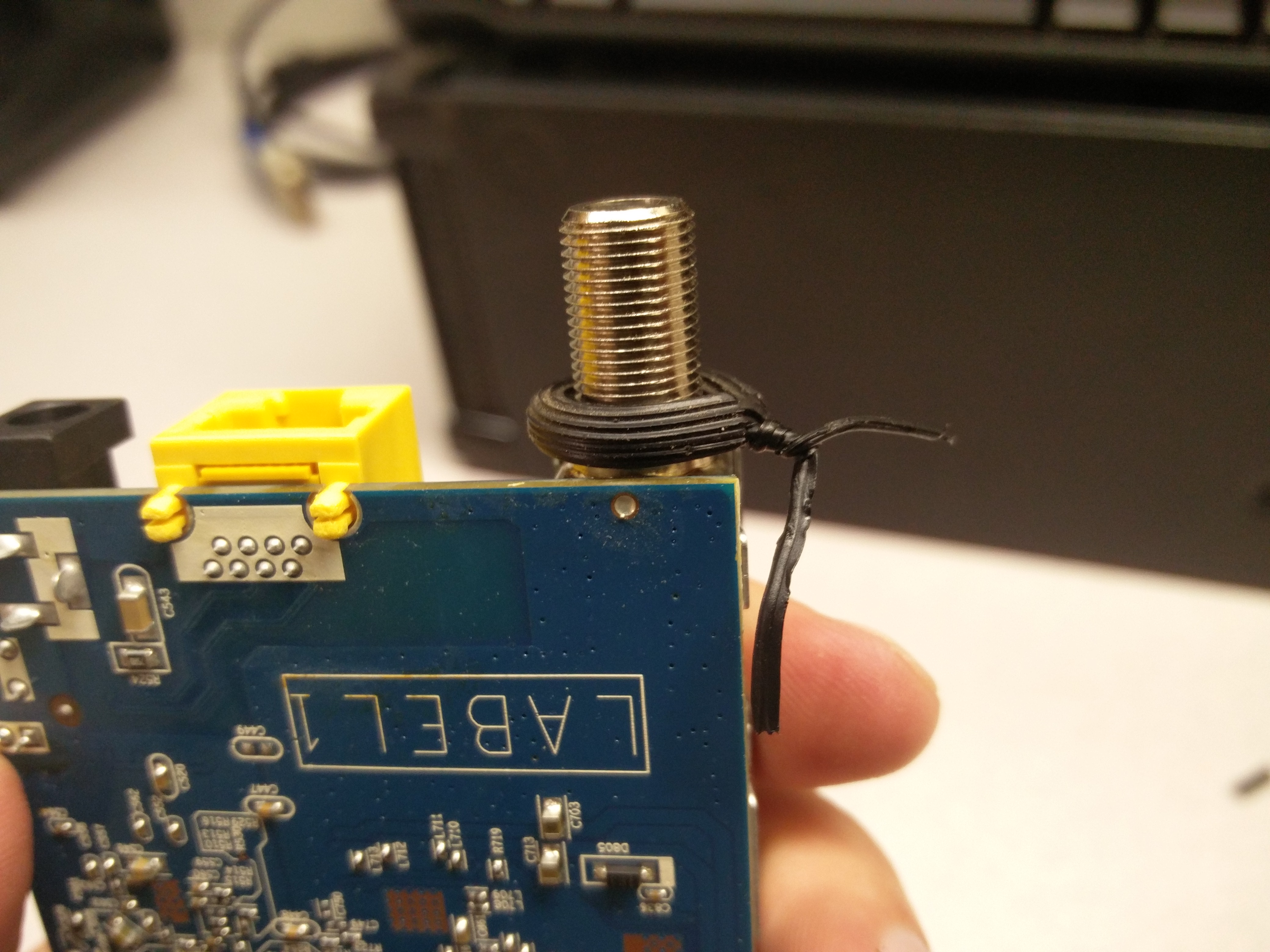 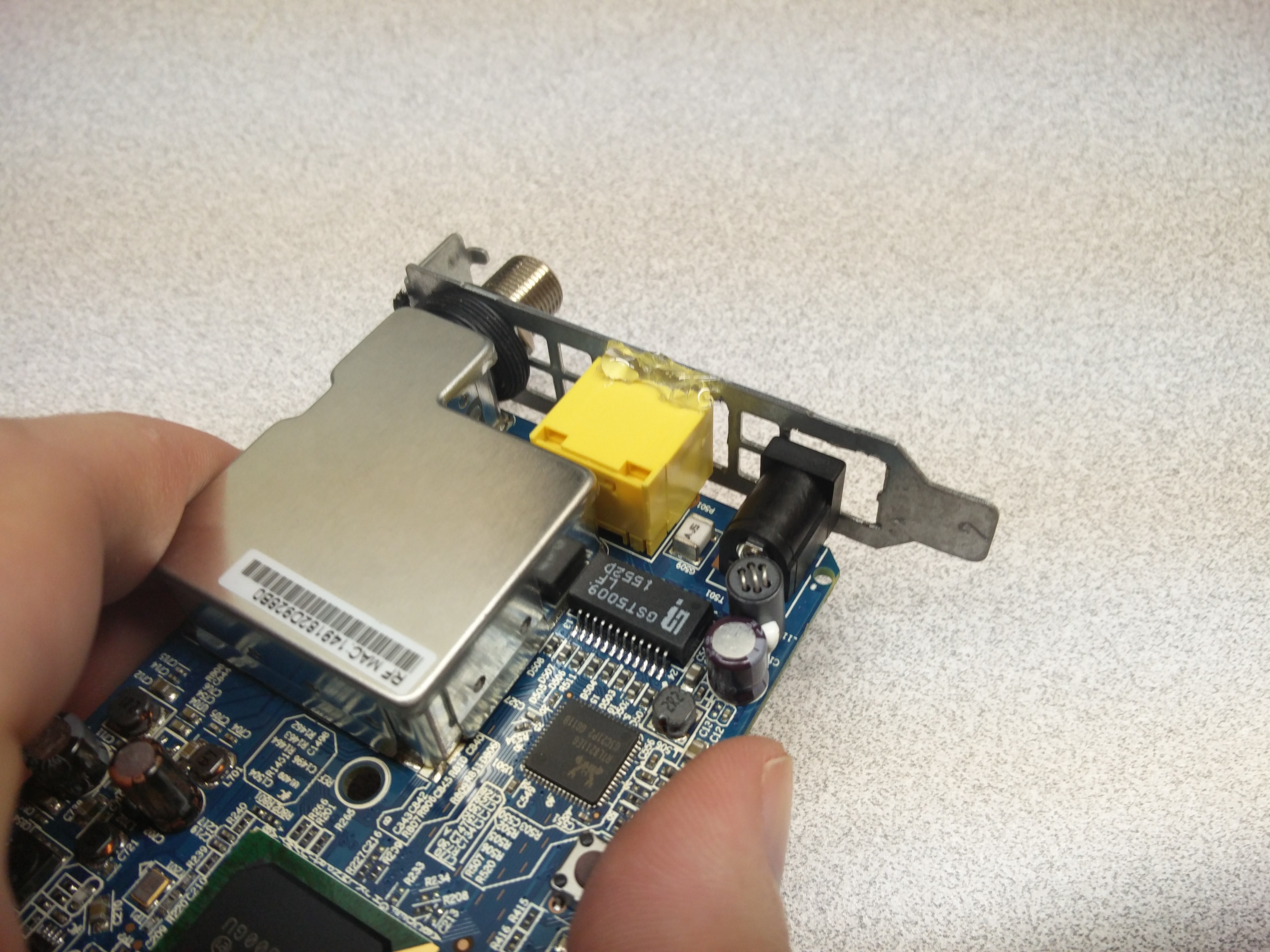 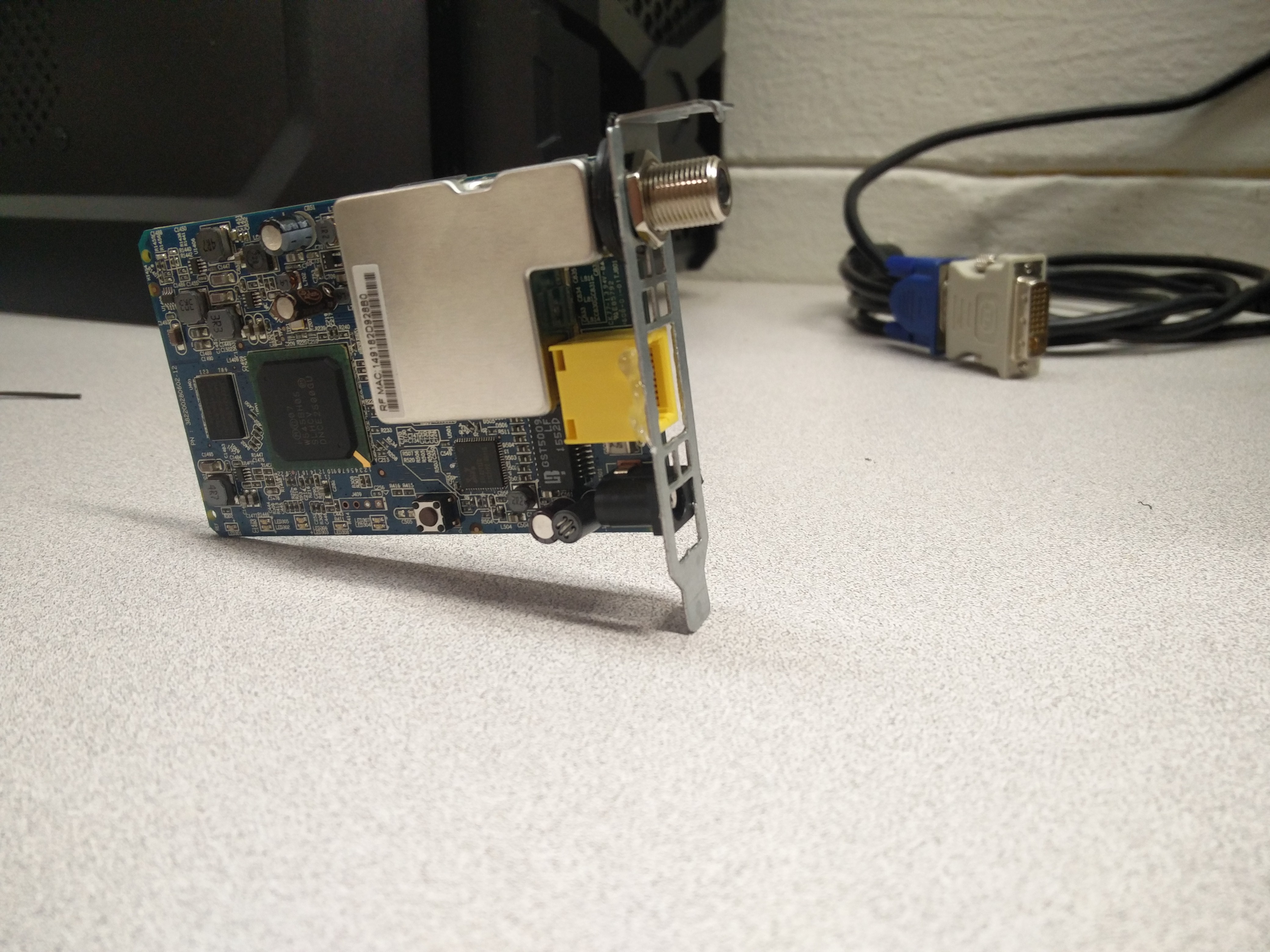 Is that a docsis3 modem? Can it do 8 channels? And is it decent? If so what model

Learn how upgrading to a DOCSIS 3.0 Cable Modem can maximize Wi-Fi speeds. Works with all major cable providers.

Is it decent? I don't know :) Seems to be very nice build quality, inside and out. Come first of the year, I'll have cable and we'll see how well it actually works!