Microsoft and Sony are in full swing so I thought it would be interesting to gather some information together about their upcoming systems. I’ll throw in a few bits about the PS5 but I haven’t kept up with anything X-BOX since the early days of the 360. So feel free to chime in.

This is also supposed to be a general discussion thread about the systems.

OK, what do we have so far… 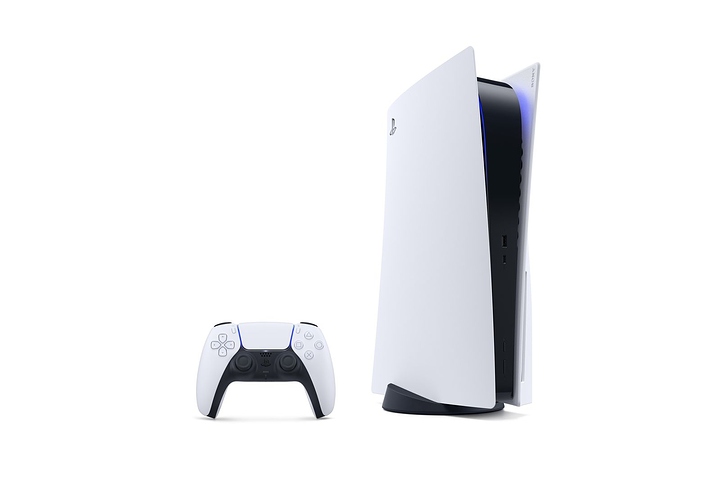 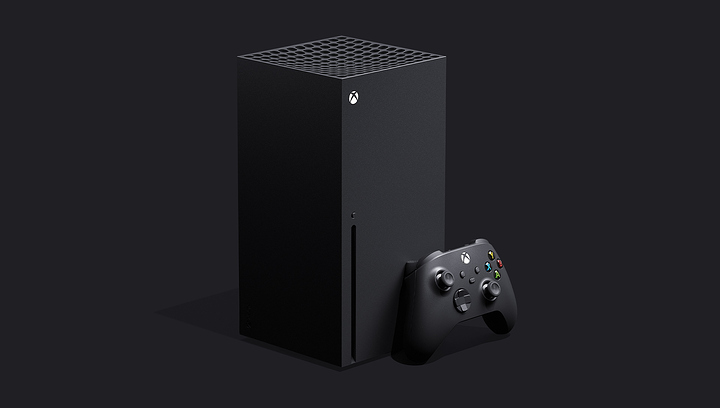 If those are the final designs, I’ll take the obelisk over the labia.

Seriously though, I’m psyched to see some huge improvements in performance to actually make consoles compete for once.

Seriously though, I’m psyched to see some huge improvements in performance to actually make consoles compete for once.

Yeah, I don’t really care about “compete” but just raising the bar in terms of CPU and storage speed on both systems will allow devs to realise things impossible before. The Ratchet & Clank demo for example. (Haven’t watched xbox stuff yet.)

The Xbox tear down was really interesting, I wonder why they went that route.

Both are going to be interesting, I’ve had more of an appreciation for consoles as time goes on, and in probably going to get at least one of these.

Here’s the thing: people keep talking about the hardware being competitive and what not, and I think this is all bulshit.
Hardware power was never the issue of the consoles. People don’t buy consoles to run benchmarks. They buy consoles to play games. And even today I would say buy PC even much slower than the next gen consoles, just because the PC gaming library is so overwhelmingly ginormous it’s not even funny.
Oh the plastic box they put the console in is ugly… So you rather play bad games and look at nice looking plastic?
Seriously, what the console looks like and how powerful it is is absolutely useless metric.
The last of us part 2 is gorgeously looking game running on HD7870… Ghost of Tsunami is mind-blowingly beautiful game running on Bulldozer CPU and 8GB of ram.

If I personally have to buy one of the new consoles I would go for PS5 mainly because the games on it look more interesting. Microsoft really doesn’t have any franchises they can grab my attention with and even if they do they publish their games on Steam as well, so PS5 it is.

I don’t know. I really don’t understand people saying “I would buy Xbox because I don’t like how PS4 looks”… Just play the Xbox games on PC and save your money. Also you miss on a great amount of quality PS games you can’t get on other platforms. At least until PlayStation games become Epic exclusives. You know Sony owns part of Epic Games now.

2c, I’m waiting for the playstation; why?

I also generally prefer playstation controllers, the playstation game library (gran turismo series for me instead of Forza), and I’ve just spent the past couple of years getting all things microsoft OUT of my house.

I already have a PC (3 in the house that would be capable of gaming, in fact) if I want to play games on Microsoft’s platform, I can play them with better hardware in PC world by simply installing windows 10 on a spare drive.

Sony is more likely to have games that either aren’t on PC or are tuned to run better for the ps5 hardware and make use of the “guaranteed to be present” high speed storage.

Hardware power was never the issue of the consoles. People don’t buy consoles to run benchmarks. They buy consoles to play games. And even today I would say buy PC even much slower than the next gen consoles, just because the PC gaming library is so overwhelmingly ginormous it’s not even funny.

This is why, after being a playstation owner of every generation I skipped ps4 (and xbox one) and bought a Switch (also why I bought an OSSC scan converter and a number of Saturns :D)

PS4 games are essentially either high def versions of ps3 titles (sure, maybe N+1 sequel) or crappy versions of PC titles with some exceptions.

I think the PS5 will be different due to the storage.

I think GPU they are close enough to be essentially identical

I don’t think so. Just from the data leaked:

Thing is with the GPU:
36 / 52 = 69 % Cores
2.23 / 1.8 = 124 % Clock
This is an “apples to oranges” comparison, I am well aware of that. It is just that obviously you want more cores before you want more clockspeed, not just for heat reasons.
The difference in memory speed between the two may also cause some interesting side effects. AMD historically has been very dependant on memory bandwidth for their GPUs.

The PS5 has an SSD that is twice the speed of the Xbox, yes.
I just do not trust any game dev except Sony to take advantage of that for the first 6 months after launch.

It’s gonna be interesting to see how those differences play out for sure but thinking back historically multi platform titles have largely been fine even on weaker hardware. And I’m honestly not sure about the GPU, there might be benefits to Sony’s decision we don’t know yet. I am thinking mainly about VR.

To me it seems like the PS5 should be easier to deal with as a developer but that’s a very uneducated guess.

Road to 8k? We dont even have 4k display in my house and my extended families’ households

I probably wont get a console this cycle, but if I would, I probably get a PS5 (vs an XBoxSeX) game library wise. Remember the good exlusives: Spiderman, Bloodborn and Dad of War? It was never the specs. Its always the exclusives of one vs the other.

It always comes down to titles and feature set in the end. The specs war, when it comes to consoles, usually lasts very shortly and now that consoles use the same CPU and GPU (excluding specific tune up required from Sony and Microsoft) it’s not like in the past when manufacturer used completly different architectures and we were truly in for big surprises.

I don’t expect many changes beside computer power compared to the previous gen consoles. The only thing I’m looking forward is the console gaming space starting to bleed into the PC space.

Also depends on how the games are optimized and how bloated the OS is.

If the games are optimized like shit* on one platform it may play better on the other.

Likewise if one has a heavily bloated OS games may play better on the other.

*I know the hardware is more or less the exact same technology, but there’s every bit of chance they are different enough that optimization will require effort.

EDIT: Also as others have mentioned above, exclusives are important. As much as they suck.

Also depends on how the games are optimized and how bloated the OS is.

If the games are optimized like shit* on one platform it may play better on the other.

Offcourse. I am just saying from a hardware vs hardware standpoint, Microsoft is more likely to win the performance crown (except for the storage).

exclusives are important. As much as they suck.

Exclusives for either console are usually the best games released.

PS4 won the performance crown with its 7870 Vs the 7850 on the XBone… There is no difference in the way games play on both consoles. There was some bulshit about this one is 720p but oooh, this one is 900p… Congrats. As I said there is no difference between the gameplay on the two consoles.
I. 2 years I expect to see absolutely no difference between the PS5 and XBSX games when it comes to 3th party. They will optimise for the slower GPU and the slower CPU and the slower storage and the lower amount of ram so both will just run fine with one cycle of optimization.

I think I lucked out my family went PlayStation. I played through series like Ratchet & Clank, Jak & Daxter, Gran Turismo, and Ace Combat so many times.

I hate that exclusives exist, but between the above and Pokemon I’d say that easily at least 9 of my top 10 most played games are all exclusives.

Same. The game I played most by far (and I mean months of actual playtime) is WoW. But aside from that … Gran Turismo, WipEout 2097, Resident Evil 1-3, Ace Combat 1-3, Tekken 2 and 3, Destruction Derby 2, … and that’s just the PS one. So many exclusives since then, Uncharted series, Little Big Planet series, even the small games like Flower and Journey. I just like the games on the Sony side better.

When I think of xbox there is very little of interest for me. I played Forza on the 360 for a bit, I like GT better. I played through Halo 3 … it was pretty at the time and the music is amazing. But I didn’t really care about anything that happened in the game and the gameplay was … well, a shooter with a gamepad.

I was going to get a PlayStation 5 anyway, because they tend to have better exclusives and I’m a massive PS fanboy. But after seeing the list of planned releases, I 100% am going to be grabbing one.

Considering I bought a PS4 for Bloodborne alone, I have 0 issue buying a console for those two games.

Horizon Zero Dawn is coming to PC, here’s hoping they’ll do the same for some exclusives. Also I have this theory that they only released Horizon as a means to attract PS5 sales from converted PC gamers.

here’s hoping they’ll do the same for some exclusives

Would be nice, but I don’t know if they’d actual make it for PC vs just doing a port like Dark Souls.

Also I have this theory that they only released Horizon as a means to attract PS5 sales from converted PC gamers.

I can’t speak to that, unfortunately. While I enjoy gaming on the computer I mostly work on it and I’m tired of rebooting every time I want to play a game.

Console life for me, I guess.

I’ve also been PlayStation fanboy, played a lot PS1 and 2 games, I own PS3 but other than Uncharted games I never got into PS3 era that well. Got myself PS4 less than a month ago and I’m already much more invested to console gaming again than I ever was on PS3.

I if I now have to choose between new PS or new Xbox, I would go with PS. I could consider buying Xbox as well, but Xbox never had any exclusives that got my attention. There’s Halo, but that’s mostly it.

Damn, I need to order that.

Damn, I need to order that.

It recently became my favorite of the … Pentalogy?

It was Dark Souls II, Demon’s Souls, Dark Souls, Bloodborne, Dark Souls III (my ranking does not indicate their quality, just my preference for story/combat/characters/atmosphere/etc.). After starting it again it’s easily my favorite now.

DS II is still my favorite of the trilogy, despite the screech.