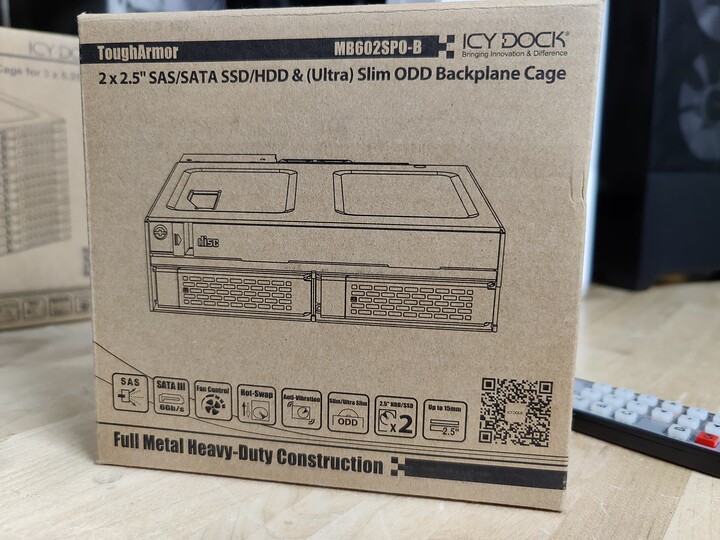 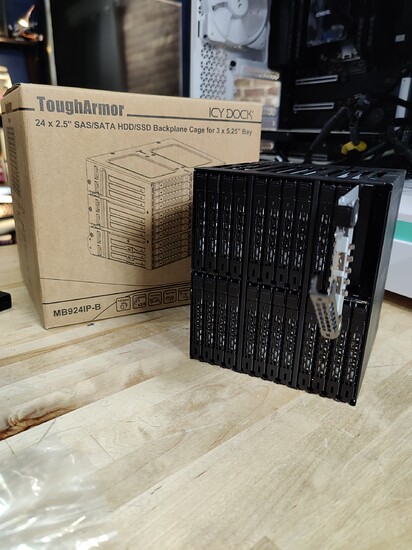 Just reply below with which one (or both) you’re interested in, and what you’d use it for (bonus points if you post a pic to explain your plans to use).

Worldwide shipping. Contest ends 9/5/2022 and winners announced in this thread. You have 24 hours to respond to a private message here or another winner will be picked.

I am planning on expanding my data hoarder lifestyle by adding more hdds. At present I have nearly 90tb filled with jellyfin media. Now I am in the process of buying a few more drives.

If I won, I would upgrade my ageing server to all SSD’s and trick out my sweet lab to help study for CEH, CCNA, and be able to run GNS3 with super fast IO on a new VM rig. It would be out of this world!!

I would be interested in either one of those sweet ICY Dock kits. Been looking for one for a while and man are they expensive, but nice, for what they add.

I have a server which has 2 x 5.25" bays, and right now my SSD’s are velcroed to the inside of the case… 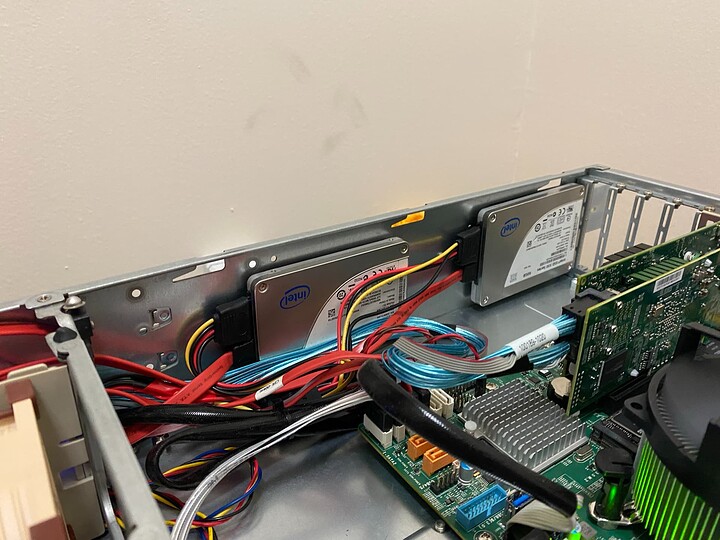 These are TrueNAS boot drives in a mirror. Will sure hate to swap one one day

I have absolutely no use for one. I would probably sell one so I could build a newish gaming computer with last gen parts.

I would be interested in winning both. I like contests and if I won, I would immediately forfeit the prize to the runner up.

Picture for bonus points! This is a picture of a router. It’s currently not in use. In my mind, I think of it as a backup router, but in reality, I need to keep it updated so that it would be a drop in replacement. 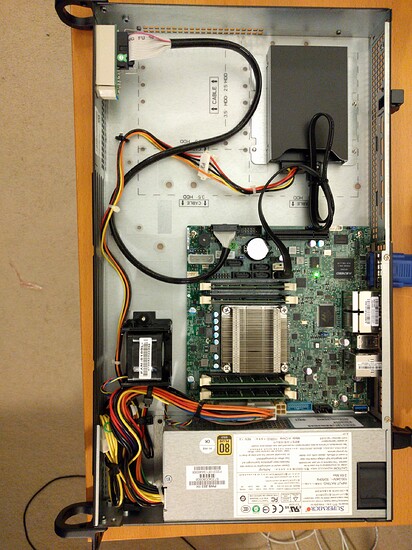 I may want to get another 3x 5.25" to 4x 3.5" bays in the future and use it externally, maybe with a picoPSU and a RockPro64 (not with the official sata adapter, that one is not compatible with the rkpr64). But last I checked, the Icy Dock stuff was cheaper quality than my Chieftec CMR-3141SAS, which is all made of metal. 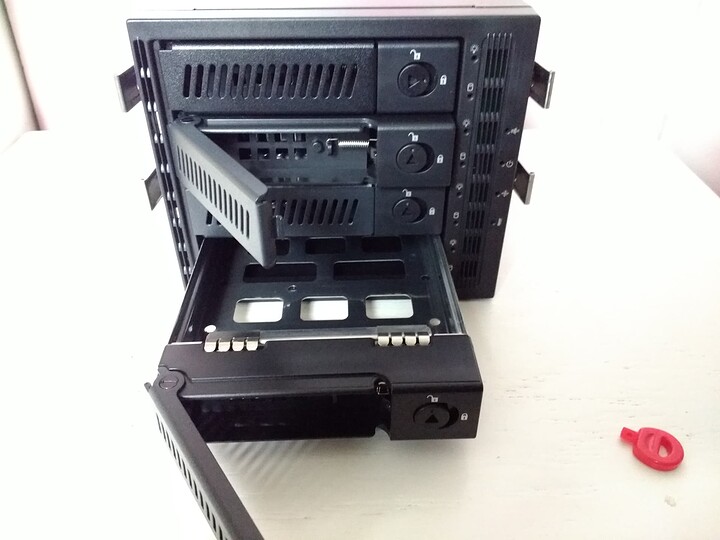 I left it back in Europe, so if I can’t find the same Chieftec stuff here, I’ll probably have to stick with Icy Dock or StarTech. Which is fine, but I really like this one, it reeked of quality.

could always use one for my upcoming HA builds

The 2x 2.5" icy dock for my Forbidden Router. Right now my Intel 480GB sata ssd drives are in a cheap chinese plastic housing that is not fit for the nice Sliger case. 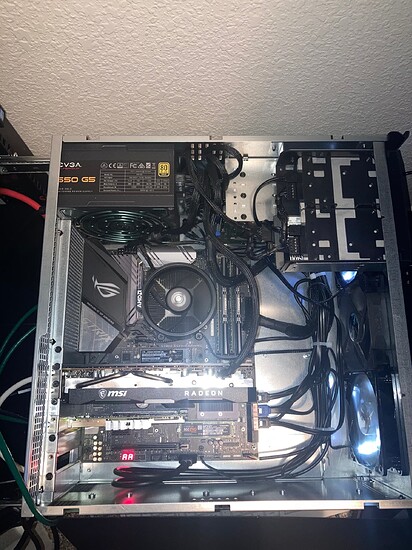 Either would be used to expand the storage capabilities of my next server iteration.

Built a homeserver (my first PC/homeserver), and with lack of foresight, my drive bay options are extremely limited! I’d appreciate the 24-bay 2.5" adapter with its the expansion options!

No need, but I could use the 2x2.5 to 5.25" adapter to turn a piece of Dell e-waste into a little NAS. There’s an open bay that it would slot into nicely. 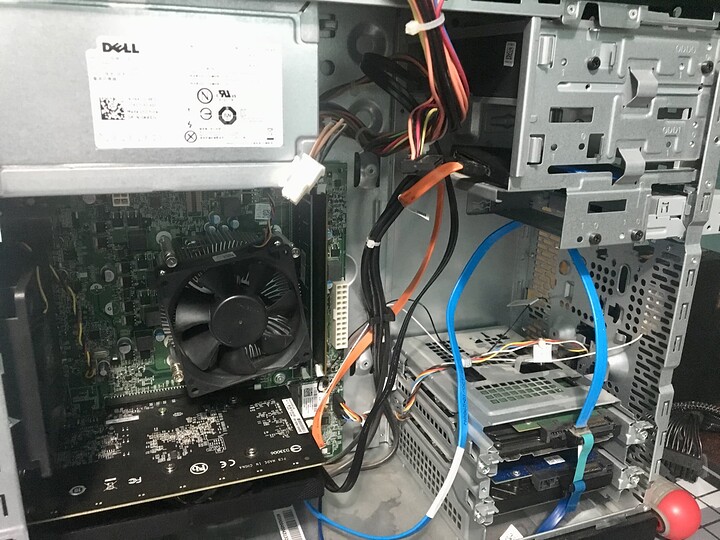 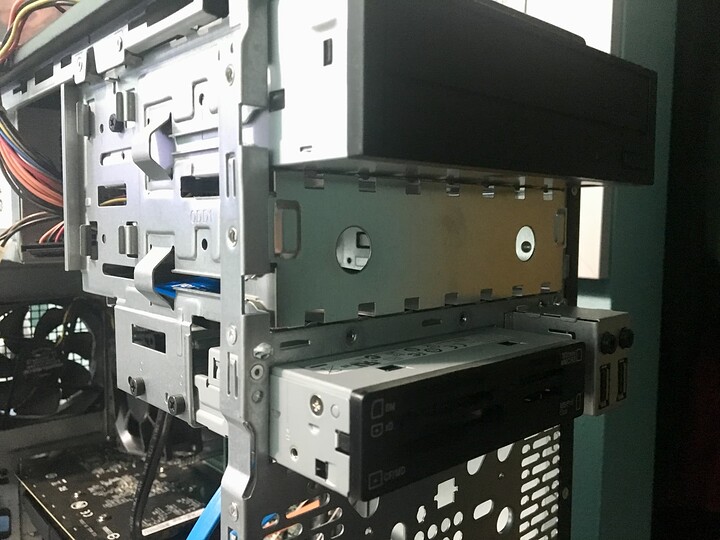 No use case for any of it. Good luck to the aspirants/contestants!

Just a bit bitter because I dont have a use case for them but the free worldwide shipping would have meant a lot to me, living under the SEA and all.

I could always use them to expand my NAS because one can never have too much storage. especially if i use some of the bays for a cache vdev

One of these, especially the 2x 3.5", would kickstart the conversion of my old 4790K build into a proper NAS/mess with machine!
Thanks for the giveaway and the awesome community!

That one with the dual swap bays and the slim ODD capability is almost perfect for a mini storage box and Automatic Ripping Machine appliance.

As for the why… 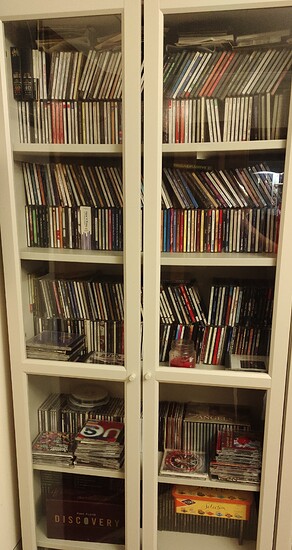 We have Audio Donuts… Lots of them 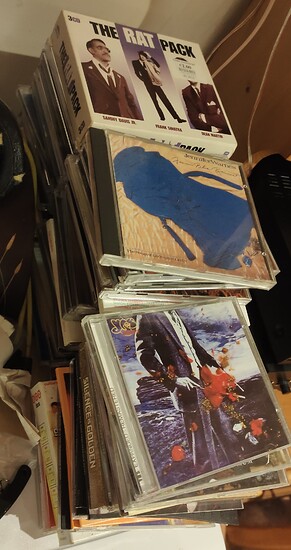 Here is another several piles next to the stereo in the kitchen.

And yet more box drawers, they are all full, just didn’t want to make it unstable pulling them all out. 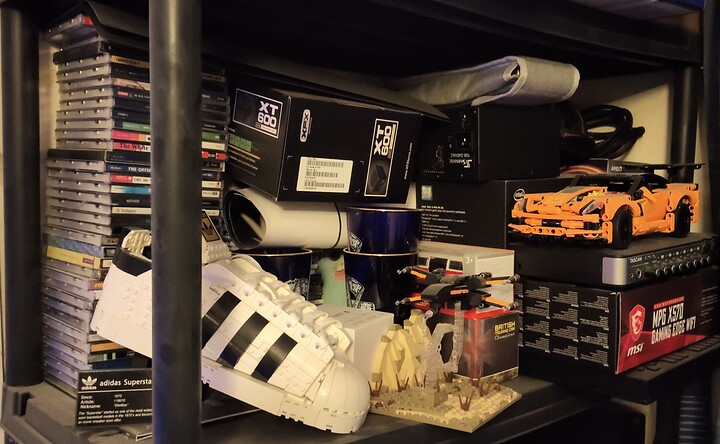 And then a double shot, there is the functional remains of my FX6100 pc in that X570 box, cpu, motherboard and ram ready to use just without a use currently. Along with some other PC parts like a PSU and a basic GPU (HD5450) that will work too. And yet another pile of My CDs this time.

There are also a various many DVDs about the house that are no longer used but would be used if they were just files on a pc.

So I would make a back up box, mainly for all of our audio as we all really enjoy it, i also have a large digital library on my PC right now that would be added to and backed up. The hot swap bays would be nice for the, granted brief time use, of making a few cold backups once it is all on the main drive.

Pretty much just need the storage, and potentially a slim ODD. And a case if im being fancy.

Would love the 24 bay adapter. Would finally give me the kick I need to build a family media storage server. With my brother’s second kid on the way trusting Google with all our files makes me nervous. So maybe setup something using Linode to push files to the home server? Step 1 is win though…

As much as I’d like the 24 bay madness- I’d realistically be more inclined to that 5.25
Having the slim build ODD, either for my XP-Box or towards storage server, be useful

EDIT: Since the request was nice, to show depiction, of where it’d get applied
The XP-Box originally started life, with a dual processor mainboard
Front CPU heatsink was well up the grille, of any 5.25 accessory attempt made
Package was in turn forced, to using an external ODD, for all optic media use
And since Steam is a 0 go- it filters down, that ALL gaming media using disc(s)
… It has since been changed out, to a single processor mainboard 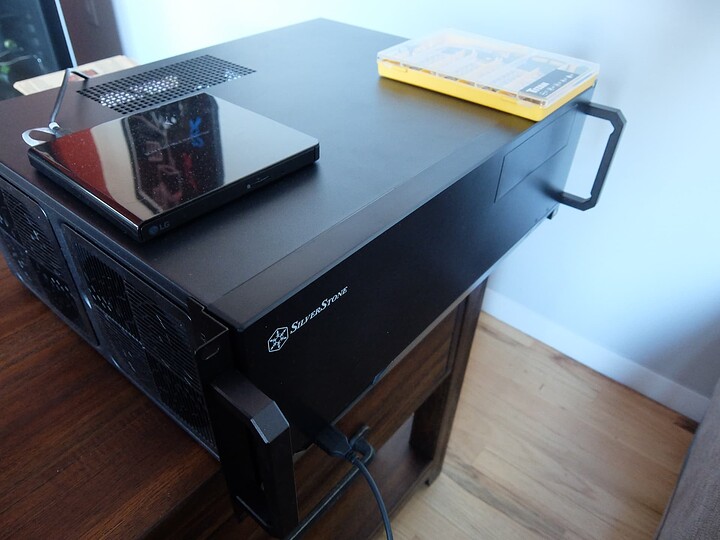