Choice of Linux Distribution for gaming

I have been using Ubuntu and later Debian as my daily driver for around 9 years now, but kept WIndows 7 as a second OS for games, though .
However, I now want to switch to using only Linux on bare-metal and keeping WIn7 in a offline VM as a fallback for some older games.
I checked WineHQ, Lutris and ProtonnDB and all non-native games I want to play seem to work in Linux either out of the box or with just minimal tweaks required.
I would like to keep two separate OS-Installs for gaming and work.

My assumption is that a distro more up to date than debian-stable would probably work better for gaming due to improvements in drivers or bug fixes in wine etc. I was thus considering to use one of the following for gaming

Is this assumption correct ? Valve only offers steam as a .deb, are there any complications or additional compatibility issues when using eg Endeavour ?

Also I seem to remember that there are some differences with game compatibility depending on the Desktop Environment. Is there one DE that works especially well / bad ? I was considering to Xfce or MATE.

NVidia drivers are no issue, I am using an AMD gpu.

I do have experience working with GNU/Linux, but no experience with gaming on it. I would appreciate if somebody could share their experience or thoughts on the matter

I am using Manjaro. Primarily I tried this distribution because I needed to be more bleeding edge for newer and non-mainstream hardware. By and large it is a nice distribution and works as I want it to. I have had one single occurrence in over a year where the installation broke after a larg-ish system update. I had to restore from backup; then I delayed the update for another week or two, hoping that “an updated update” would fix it. If I recall correctly, it did end up working.

But out of paranoia, I began from a fresh installer again a few months later, when Manjaro released a new major revision. By then I understood a little better what I could and could not ask of this distribution (considering its limitations as well as my own), and wanted to erase my earlier tinkering with the system. Since then I am a happy camper.

Manjaro is not as perfectly stable as Ubuntu has been for me over the years, but it comes close enough for productive use. Including long running number crunching background tasks that run for days or weeks.

Gaming has been simple and easy with Lutris and Steam. I don’t play many titles, only a handful of older ones. But for those, everything just works these days. Depending on the game, not even one of those background tasks makes the frame rate dip below 60 (but this requires manual tweaking of task priorities - and not all games are so lightweight).

The best distro is the one you know well.

Debian offers a lot of flexibility. You could go Testing, or you could remain on stable and selectively pull packages you need from Backports.

Take the time to learn how dpkg and apt work and you can handle almost every issue you encounter. The same is true for Fedora and Arch or whatever. Pick one and learn how to use it well. This will give you the best results on Linux, regardless of which you pick.

I agree with you, giving the edge to Manjaro.

I have been cranking BOINC World Community Grid nonstop for over ten years, and just installed 3950X. Manjaro has never skipped a beat.

Bonus points for other stuff like programming or engineering.

Under the hood it is Ubuntu so you can still learn the deep end stuff at your own pace.

I’ve used a lot in the past 6 years but I always seem to cycle back to Ubuntu. But honestly the best distro is the one that you feel most comfortable in so try a few out and experiment.

I use Manjaro Gnome with Wayland session. There are a couple of benefits to this:

Manjaro is a “stable” roling release distro, which means it gets the latest updates for packages (drivers and so on) and you don’t have to do large upgrades once a year or so to get the latest and greatest. It is always up to date. Manjaro is considered “stable” because it puts packages through testing before rolling them out to users.

Valve only provides a .deb because their own OS is based on ubuntu/debian, however manjaro/arch has it’s own Steam package available, and I believe manjaro ships with it these days.

Now for DE, I don’t believe there are any major advantages in any DE over the other provided you have good hardware. There are however some advantages to using wayland (and also probably some drawbacks).

Wayland eliminates a lot of screen tearing, with X11 when playing a game, any video playing on my second monitor would have severe screen tearing as a result of the video running at a different FPS from the game. This is not the case when using wayland as it has better support for multiple monitors with different refresh rates. Furthermore, I experience less frame stutter as results of DE overlays when using Wayland compared to X11

I have run Ubuntu, Solus and Arch previously, but Manjaro is the one I have settled on that has made it the easiest for me to game on linux especially using proton and wine.

I don’t think you need to be more “up to date”. A newer kernel might be nice for newer hardware, but the rest is more or less the same. I use mint for most of my Linux gaming when I do. It’s easy enough to update the kernel in mint and software availability is very good. There’s nothing special about mint here though. If Debian works then stick with it. I wouldn’t hop personally.

Thank for the input so far everyone

If Debian works then stick with it. I wouldn’t hop personally.

Well, as I intended to keep dual booting, I will keep Debian as my main/work OS anyway. If I were not planning to continue dual booting, I would agree though. With dual booting, for me, it depends more on if another distro offers a software advantage or less maintenance time for gaming.

Why dual booting? Because I found that at the one hand this separation helps me stay focused when working, as playing “just a short game inbetwen etc” would require a reboot. On the other hand, if I am gaming, I will not be reminded of work and can relax more. (Well at least that was the case if Windows and especially Windows Update wasn’t screwing me over once again)
Also this way any workarounds or driver tweaks that may be required for gaming, will not affect with my main/work system.

Netrunner is one of the easier ones to set up for gaming, it even comes with Steam pre-installed

Siduction which is essentially Debian Sid with the latest kernel and often has newer nvidia drivers in their experimental repo.

I’ve used just about every distro they more or less work the same for gaming. Just use whatever you like. The only thing you get out of newer versions is hardware enablement stuff for things like AMD Graphics drivers and newer CPUs.

I dont think theres any distro that specifically requires more or less tweaks for certain games. I’m not aware of anything that would cause your system to become unstable either. My advice is to stick with what you feel comfortable with. In the end theres probably always some tweaking that will need to be done for some games and so it would benefit you to understand a particular distro more IMO. Anything thats debian/ubuntu is going to be a solid experience I think. I also like fedora.

It may not be The Best but I run plain Ubuntu lts, because it is what Steam encourages for the developers to target.
This means I miss out on newer features and versions of software, but trade that off for less troubleshooting.

That and a VM for Windows games that won’t Proton/Lutris/POL.

I wonder though how this handles a Vega iGPU and a Navi dGPU in the MSI Alpha 15/Bravo 15.

Because Intel iGPU and Nvidia dGPU works well enough, but I’m not hearing good news about MSI’s combo options with any Linux distro: 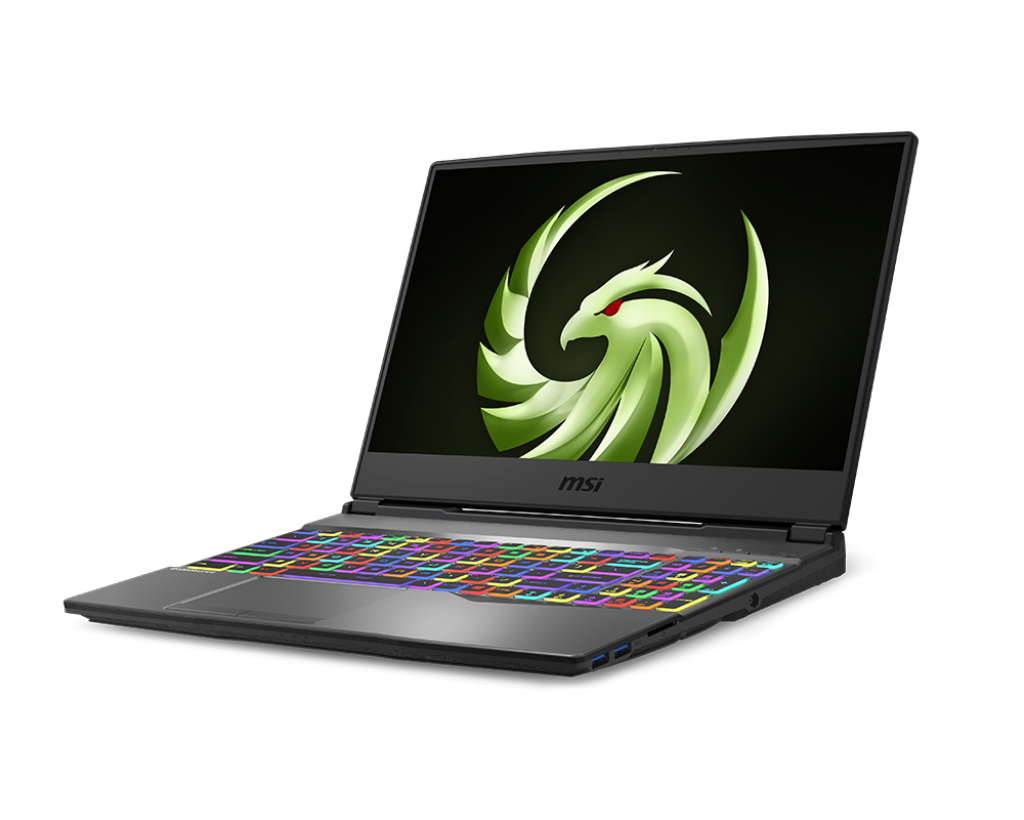 Introducing the Alpha 15, the world's first 7nm gaming laptop featuring AMD technology. Control allocation of power and cooling between processor and graphics card to get the most performance and battery life from your gaming laptop.

I don’t think you need to be more “up to date”. A newer kernel might be nice for newer hardware, but the rest is more or less the same.

This is not completly true though, especially since he is using an AMD GPU. WIth new Mesa, Vulkan and LLVM there are sometimes large improvements, that take a lot longer to get included in distros where these type of packages get major version upgrades once every 6 months (Ubuntu).

When proton first released you had to add additional PPA’s to the current ubuntu version so you could get the newest version of the mesa drivers and also LLVM, or else the performance would be significantly worse, or not work at all.

Yes you can get all of these in Ubuntu using non official PPA’s, however, customizing your system like that you risk it breaking at the next major upgrade, as dependencies might no longer match what is expected from the version upgrade.

Still I am all for running with what you know best, and what you are most confident in, just sharing my perspective on it. I used ubuntu for 6 months and I have always liked the stability of it, but to make sure I had the best performance running with AMDGPU I was already then using PPA’s to have the newest versions of mesa, llvm and so on, so for me it no longer made sense to be on a distro that upgraded the major versions of these every 6 months.

if you say so

Early on with the new AMD drivers maybe, you should have mostly everything you need on kernel 4.19 now. Unless your really yearning for a 5% decrease in frametimes or something like that.

If you aren’t using the most modern software for the most frames then you aren’t even a gamer.

If you can, go full on virtualization of both your Linux and windows installations. With GPU pass through you can get near native performance on windows 7 (win10 is iffy). And Linux can be used from a VNC or similar connection.

What you have in the background will effect your VM performance. I canned my Ubuntu install because it was eating to much resources and was negatively effecting my windows gaming. With a full virtualization installation you become more flexible in ways you didn’t realize. (It’s like yoga!) Of course you lose baremetal but it depends on what you use your system for.

With GPU pass through you can get near native performance on windows 7 (win10 is iffy).

Switch those two around. windows 7 is iffy, 10 is fine.

But moreover, this isn’t something that should be recommended to the casual Linux user.