I’m looking to build a new PC and this is what I have come up with so far:

I am unsure which motherboards will be compatible with that RAM. I don’t want SLI or tons of SATA. As far as cases go I’d like tempered glass, preferably white and decent cable management. I don’t think I’ll be overclocking and just using the stock cooler for now. As for monitor I would like 1440p 144 hz preferably IPS. Also need a WAN adapter, no more than 200 Mbps needed. Already got mouse and keyboard. Let me know if there’s anything I’ve missed.

As Ryzen matures more and more RAM will be compatible (I suppose). That being said, to be on the safer side check the mainboards QVL list.
Are you going to pick an old (B350, X370) mainboard, or a new (B450, X470) one? Also, I’d advise to pick a quality mainboard. It doesn’t have to be top of the line, quad SLI, but it should user high quality party since you’ll be stuck with it for quite a while.

Yeah, you’ve missed something: A PSU…

(I’d also like to suggest a rx56 Vega, but the cheapest one is roughly 8% more expensive. That being said, I think Vega is more future proof. But the 1070 will be fine as well)

I was hoping to get away with a b350, not willing to wait for b450. I’ve looked at a couple QVL lists but the RAM didn’t feature on any of them, had me wondering if the list was older than the RAM. As far as power supply goes I’m thinking an EVGA 600W.

If for some reason you truly prefer this RAM over the others you could just pick it and RMA it, if it doesn’t work. I have non QVL RAM and I haven’t experienced any problems thus far. However, Ryzen tends to be picky when it comes to RAM.

Is this EVGA PSU gold or platinum certified? What does it’s warranty look like.

Concerning Vega: Yeah, that’s a pity. I’d probably still pick Vega for a variety of reasons. But, as I’ve mentioned earlier, a 1070 should be fine.

I prefer this ram because it’s cheaper than others I found without looking like a PCB or a brick. (I am open to others if suggested)

Price I am looking to be sub £1500 not including monitor. (This isn’t super strict)

As for Vega I am open to hear your opinions on it.

The Asus Prim X470 Pro lists your RAM as compatible.

Case is a bit tough. Some other suggestions:
BitFenix Aurora Note: A friend has his Ryzen7 1700 + GTX 1080ti in this and it gets a rather toasty 80°C on GPU and CPU
Phanteks Ecplipse P400S
InWin 101
Phanteks Enthoo Pro

I have had my eye on that eclipse case, it’s definitely on my list of would buys.

Thanks for the motherboard suggestion, I like the look of it.

PSU: I’d pick a more expensive one with Gold or Platinum rating. While there is nothing inherently wrong with this PSU, I like to be on the safer side.

Good call on the PSU, going with the one MazeFrame suggested. I will do some research on vega before I buy. Also, should I get extra fans? 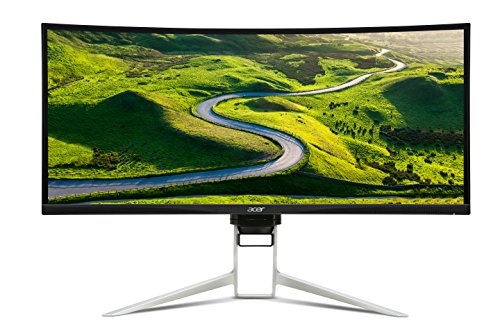 I like the look of this monitor. Any opinions on better choices?

If you can, i would personally jump on the Zen+ stuff.
Depending on what your main goals are with the system,
for mainlly gaming a 2600X with a midrange X470 board would be a decent combo.
You dont really need a Ryzen 7 8 core sku for gaming.
Because they have very little to add in terms of gaming performance over a 2600X.

The Asus X470 Prime pro is a decent board like @MazeFrame mentioned.
If you want a more fancy looking one, then i the Asus X470 Strix is also a nice board.

1500 quid build… I was not sure where you wanted the money focused on. I overdid the storage a bit. The build here could really be cut down. I like Phanteks, but the Eclipse is not a great performance case as the airflow is terribly restricted.

The Fans on this case below have an RBG attachment on them: PH-FF140RGBP https://www.newegg.com/Product/Product.aspx?Item=N82E16811984013 I added one more fan as to have two in the front and one in the rear.

The RAM here is the highest quality at the best price, sorry nothing fancy other than the tight timings @ 3200MHz.

Would you rather 32GB of RAM while forgoing the more expensive enclosure and some storage?

I prefer this ram because it’s cheaper than others I found without looking like a PCB or a brick. (I am open to others if suggested)

If you mostly care about content creation, look for memory that you can get more of in a year or so. G.Skill Trident-Z 3200 CL14 is a candidate for that, regardless of looks.

I already ordered everything now.

Cool yeah then a Ryzen 7 sku makes perfect sense.
Allthough if you are really tight on cash, then the 2600X still,
doesnt really lack in productivity either.

I’ve put it all together, all the fans and lights are good… but no video output from either motherboard or gpu. D:

I am too frustrated to think clearly right now.

The 2700X doesn’t have an iGPU so don’t worry there. Which motherboard did you go with?

I have checked the CPU power connectors are properly in.

The video card is fully seated.

Power connectors to the videocard are in.

Booted with one stick of RAM with both sticks.

Booted with the RAM slot further from CPU.