The mechanical engineering world has been a bit behind on the whole automation thing. So often enough outside of the PLC, not a lot is done with the data.

I’m testing some services, to sell to smaller companies to gain insights from their data with opensource software.

I wanted to build a really small but powerful pc that i can run multiple services on, apart from development servers for what im testing (including a windows one for mechanical engineering stuff) It will double as a backup home server.

So, here is the build of stuff i ordered. Its alder lake with a bit of an unconventional motherboard. But also really small (less than 2L?)

The motherboard is probably the weirdest option. The only Current Thin Mini-ITX that i’ve found with a modern socket (LGA1700), no AM4 available. I’ts mostly meant for Thin clients or all-in-ones. but it is really small, has an M2 slots, supports up to 65W cpu’s and fits in the case.

The motherboard also has a LVDS connector for a display. So i could bolt on a display for information.

The best thing is that i’ll be able to throw this in my bag and bring with me pretty easily to test stuff.

When i get the parts in, i’ll do some benchmarking and test the power use. Should be a pretty efficient system

I guess the motherboard is slowing down my order. The company i bought it at even removed the listing of it completely (and it was the only one apart from amazon that had it listed

Sad thing is, it is literally the only lga1700 board that is thin mini-itx. (and there are no AM4 Thin mini-itx)

The ASUS Corporate Stable Model (CSM) program is designed to provide stable motherboards to any scale of businesses with up to 36-month supply, EOL notice & ECN control, and IT management software – ASUS Control Center Express.

I finally got the motherboard in. quite a cute but feature packed thing. I’ve also never seen so many bios options. pretty much all chipset features can be changed and even stuff like every memory timing can be set.

After building i have come accross some issues. The case won’t close because the front panel gets into the cpu cooler. and also the 2,5inch ssd interferes. I think i’ll modify the top plate for the cpu cooler.

I’ve also done some testing, performance is quite good even if the cpu is limited at 65W (no short term boost, i’s powered by a 19v adapter so…). Cinebench was around 1800 single and 11000 multi and the temperatures are max 70 degrees C.
In idle windows 10 i get a min power usage of 16W.
in an empty/idle proxmox it is about 20W. 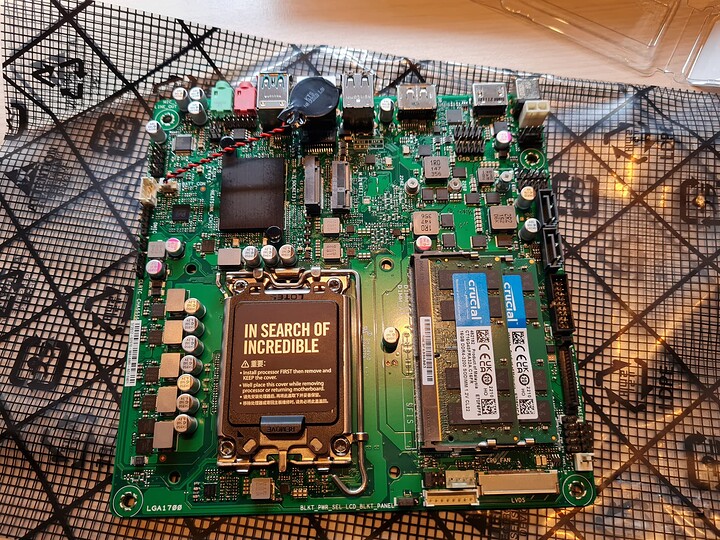 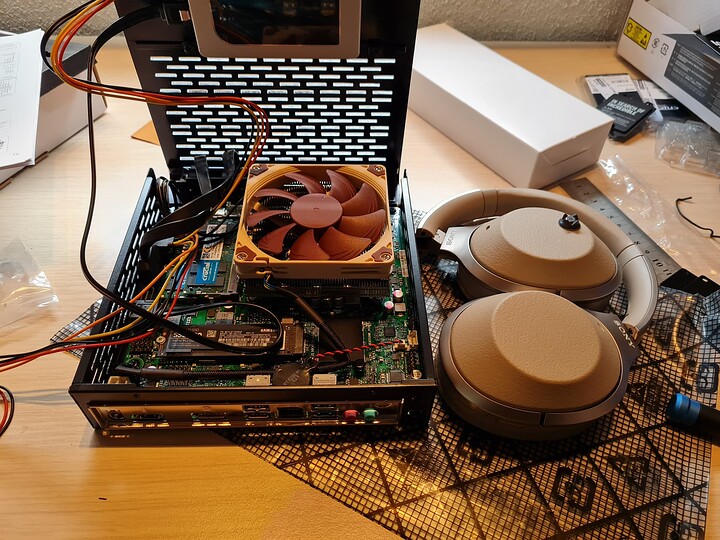