Is Honey Vegan? It is sort of up to you.

A great question was asked on the main Bee Syndicate blog post today! ( Thank @SpaceCat ) and I thought about it for a bit and decided it was so good that it deserved its own blog post. That question as you may have guessed from the title is “Is honey vegan?” The short and easy answer is no It is an animal product. As I thought about this a little more I found other paths of reasoning that came to mind. This might turn into a rambling post but hey its not everyday you get to have a deep philosophical trek through the mind on the subject of honey. So I hope you stick around because this is going to be sweet, and today I need a distraction.

Please note that In this post when I talk about honey I am speaking about locally produced raw hone from someone like me. Discussions about commercial honey are an entirely different topic

When most people say or hear the term Vegan they think diet and or a classification of food products that meet certain criteria to be called Vegan. The truth is that Veganism goes a lot further than that.

“The term vegan was coined by Donald Watson in 1944 and was defined as follows: Veganism is a way of living which excludes all forms of exploitation of, and cruelty to, the animal kingdom, and includes a reverence for life.” (www.vegetus.org/honey/honey.htm) 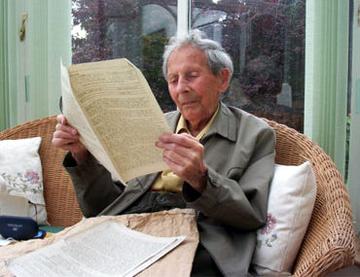 So lets break that down into two parts and think about them. First, “Veganism is a way of living.” So veganism is not just about food. It’s about lifestyle choices and how they impact all animals.

Second, “excludes all forms of exploitation of, and cruelty to, the animal kingdom, and includes a reverence for life.” Its this second part of the definition where you have to start thinking about things. Particularly the exploitation part. ( I don't think we need to at least for the purpose of this post to talk about the cruelty part to much, but i will touch on it.)

In the case of honey if the bees are well cared for and some honey is harvested while leaving enough honey for the bees to feed and overwinter are the bees being exploited or are you exploiting the resource of honey? Bees will forage for pollen and make honey as long as they have access to nectar regardless of how much they actually need. they don’t meet a quota then stop. In fact removing some of the honey and freeing up frames in the hive gives the hive more room and is one part of swarm control. ( this is more true of the brood boxes but your honey supers count too) If a colony swarms to late in the year the portion of the colony that leaves might not have enough time to reestablish itself enough to survive the winter) so some may argue that you are helping them (So long as you are doing it right.) So if your view is that you are exploiting the resource and not the bees themselves then I think the argument could be made that honey can be considered to be vegan.

“Wool and milk is not vegan so how can you say that honey could be.” Well lets think about where those three products come from there is a fundamental difference between milk and wool vs honey. Wool is grown by a sheep we shear it off and create wool the wool itself was a part of an animal so you are arguable directly exploiting the animal to obtain it. Its the same with Milk a cow produces it and we harvest it directly from the cow. Honey on the other hand is Made by bees it's not produced in them. Honey is plant nectar Bees suck up the nectar and bring it back to the hive the nectar is placed in cells where the bees basically dehydrate it and that's how its made. so its not that different from kale chips most vegans love so much. Dehydrated plant material.

You could argue that the bees add enzymes to the nectar and this disqualifies it from Vegan classification. I however would like to point out that all raw food contains enzymes ALL RAW FOOD . So that if cucumber you chomping on has had a bug on it or a groundhog lick it is then not vegan? Because in that case enzymes have been added to it beyond the enzymes that existed naturally in it.

So back to exploitation If you have come to the conclusion that honey is not vegan That's fine maybe you think that the work that the bees do in creating the honey is exploitation. That's fine I accept that but consider this Bee’s and other local pollinators work also created the most fruits and vegetables you are eating. Their foraging and work pollinate the plants that made your food possible so unless you are just eating grains and wind pollinated produce then have you not then exploited animals too? In conclusion Veganism is a lifestyle choice and as to whether honey is vegan or not is up to you where is your line in the sand. Honey sort of falls in a grey area so its up to you and how you look at things it's up to you.

@SpaceCat what do you think?

Better answer than I could ever give lol