Badly struggling with PC, how is it superior race?

I've been playing shooters exclusively for a couple weeks, I bought a gaming mouse on Wednesday and that seems to of alleviated the physical pain I was having from using keyboard for everything, but still badly struggling with  movements because during gameplay of first person shooters I frequently have to think for 3 or 4 seconds before I can do an action or move around like "Do I push a key or press a mouse button?" I did program the mouse buttons but still constantly lost and confused with which key for what, which button for what.

Since Logan and the guys have talked about PC gaming being the master race, what makes it superior if I'm struggling with movements and functions? I bought a GTX 780 for the best graphics, and I find a game is just a game.

Can a few of you give suggestions about how to game with keyboard/mouse? I've seen a couple videos of people moving around pretty fast during gameplay, like physical movements or walking around at accelerated speeds it seems, how do people do that? I'm feeling frustrated and sometimes I think about getting rid of my system with Z97 Sabertooth system with GTX 780. How do I finally start enjoying playing games and not feel like the hardware was a pointless waste of money? Could part of my problem be that I bought the wrong mouse for me? It's the AZIO GM8200 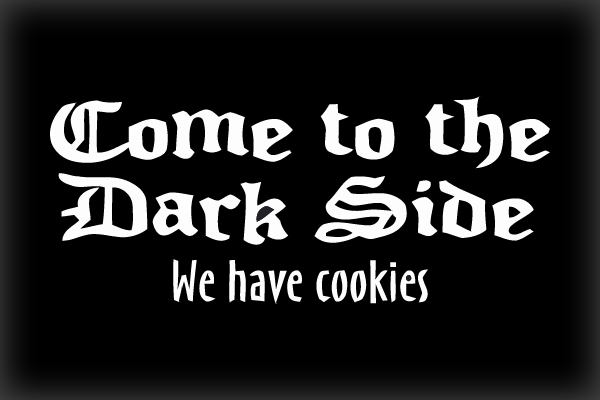 If you are not use to it a keyboard and mouse can take a bit of getting use to, took me about a year. Mean while maybe you should try a controller. I use one for racing and flying. Once you get the hang of it the keyboard and mouse is better imo. Try harder!

For me it's not the aiming, it's the keyboard layout. Easy ones for me are: WASD, TAB, LCtrl, Space, CAPS, E, R, F, G, and LAlt. The rest is hard since I haven't build up dexterity. It's almost akin to learning cords in a guitar and having the same difficulty with pressing all the strings. I compensate by rebinding hard to reach keys, such as melee to my mouse instead.

Is that supposed to be a reference to something? What is the meaning of it?

I bought an Xbox One controller but it doesn't seem to work with games like Call Of Duty 2. I tried a program Pinnacle Game Profiler but that dropped resolution to 640x480 and couldn't get controller to work properly so I'm going to return it. The one thing I really like for the controller is because of how frequently I lift my hand off of the keyboard, when I let go of the controller with one hand I can instantly grab it the correct way since it can only be held in one way. That's one of my problems with keyboard gaming is how frequently I have to feel my way to the correct keys because of how frequently I lift my hand off of it.

I do play guitar and I can appreciate what you are saying. While I can agree your point is valid in reference to the mouse, with the keyboard it's the exact opposite. With playing guitar, your strumming and picking hand is constantly moving around and doing different motions and it seems to me that with keyboard gaming you have to lock your hand down in one place. This is strange for me because using my fingers so much my hand instinctively moves to different positions, letting go for a second or 2 occasionally to rest then getting my hand back in position to progress further and that doesn't seem to work with gaming.

Okay, maybe not a guitar but more like a piano.

I would like to suggest reading over all the key bindings (usually in the Options menu of most games).. Only memorize what you know you'll need (reload, grab/interact, etc) and keep it simple.  You can always look at the key bindings again later if you want to learn more.

Gaming with a keyboard can seem daunting because it's not a10-button console controller, but that's its greatest strength as well.  Keep at it and you'll be surprised how sloppy a thumbstick is for rapid FPS gameplay (practice 180s to illustrate)

Both analogies, guitar and piano, are well suited as a metaphor for this problem. Why? Your brain just has to make the new connections to learn the new movements. It's simple. Do those movements often (so don't switch to a Controller) and you will learn how to use the Keyboard & mouse as a input device for such programs.

The "masterrace"-talk comes from the great possibilities that such a tool brings with it: Both Keyboard and mouse are far more superior to a Controller when it comes to precision. Less movements per time and more "direct" input methods. (That does not have to mean, that there are no games that you are better of with a nice controller. :))

Since you are still fresh into it I would advice you to have an open mind on which keys you want to use for the basic moves. Almost all games allow you to have your own layout and WASD might not be the easiest for everyone. I for instance settled on ASD for left-forward-right, with X as reverse. Some began with using the arrow keys and still swear by those, others the keys on the Numerical side. I know one guy why has a config that is just insane to me, with for instance walking forward on the right mouse button, but it works for him which is all that matters.

Find something that feels as comfortable as possible and train using the basic movements in some relatively basic shooter first. I'd recommend single player rather than rushing in online where others may already have played that particular game hundreds of hours and logged thousands into shooters of the same configuration.

First get comfortable with the controls, then you can start training to get good at games.

Typing in general also helps with finding keys without having to look at the keyboard every time. Type som long texts while trying to look as little as possible on the keyboard. The more complex the game the more important this will be. If you are typing a lot already but tend to miss keys by just a little bit, then it might also be worth looking into a slightly different keyboard. Doesn't always have to be an expensive one to fit you better.

Hang in there. Controller is no way to live. ;-)

The whole "master race" thing is just a joke. Nobody serious takes it seriously.

I know what that's like since I had always been a console gamer until about two years ago and it'll take some time to get used to playing with a mouse and keyboard. When I first started gaming on PC, I'd play Battlefield 3 online and get slaughtered. I did so poorly that I bought an Xbox controller so that I wouldn't have to deal with it but eventually, I just got used to it. I'd recommend starting off with more modern shooters and just playing through the single player campaigns until you feel you're comfortable with the mouse and keyboard. WASD is what worked for me but it's not the same for everyone. Try playing through the single player in Crysis 2 since that game has a pretty long campaign. It took me months to get used to playing without a gamepad and now I've found that I actually prefer using a mouse and keyboard than a controller. Just take the time to get adjusted and everything will be fine.

Maybe the PC is struggling with you...

Oooohhhhhh no, no they don't hahahaha. I mean i'm sure some don't but a lot of them a real assholes.

I take it seriously

I play guitar also.  It's no different.  You just keep playing what you've been taught until you pick it up.

Just be sure to turn off "Enhance Pointer Precision" under control panel for the mouse.

Also the "F" and "J" keys are the home keys for your index fingers.  First rule to touch typing find those keys by feeling for the nub.  That way you'll always be able to home in on where WASD is without looking from there you can find anything.  It is simply time for your brain to map things out until it becomes second nature.

begone foul peasant, the surfs are not to dwell in these lands

Be patient...I just remembered upgrading from 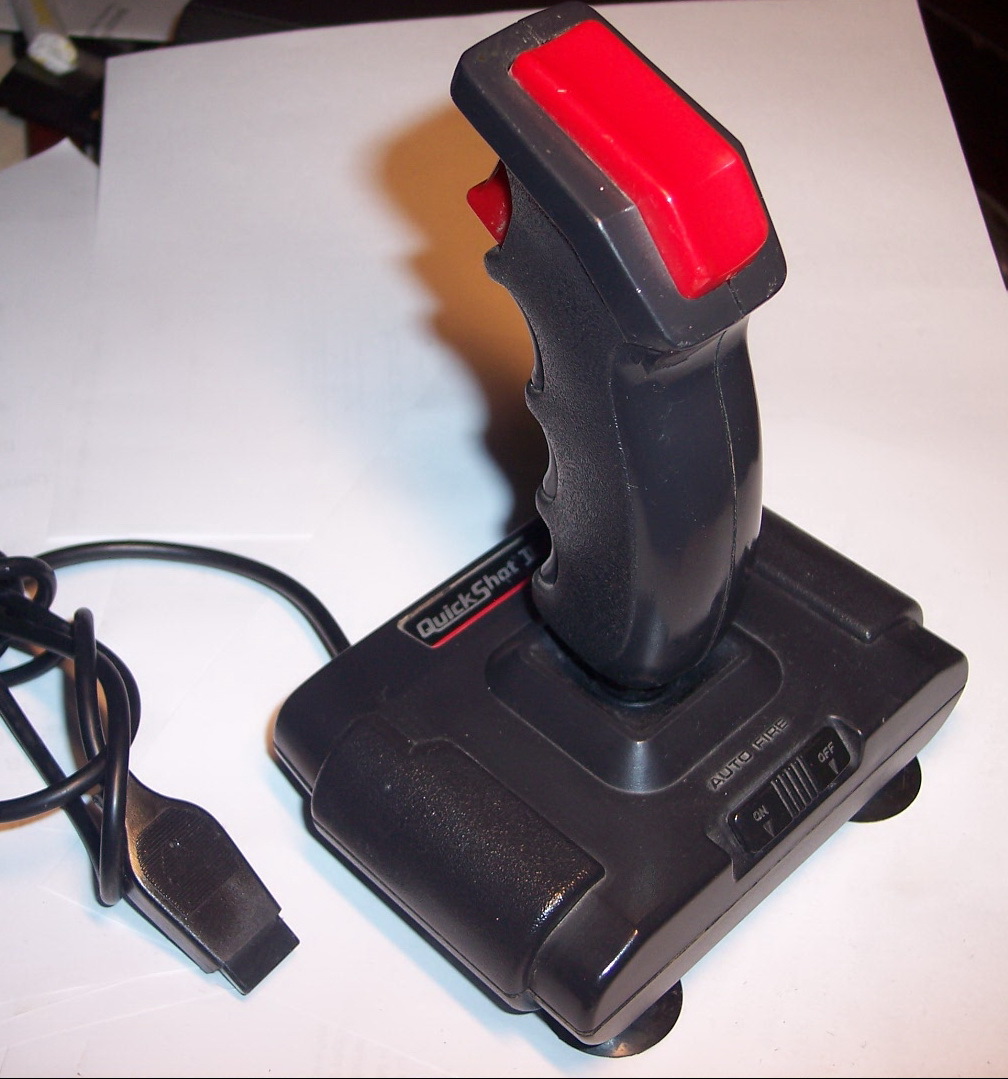