I remember seeing the Kickstarter for this a few months back and was horribly sick, with projects and other work piling up, so I decided to pass on it at the time. It appears they still have thousands of them in stock and sent a few hundred over to Amazon.

The board by itself doesn’t have a common power connector and is definitely for people with higher level DIY skills. They also sell stuff direct from their website if you need one of the breakout boards. No idea if they will also be made available on Amazon. X86 Intel Atom board at a Raspberry Pi price. The links from the CNX-Software page go back to their original post about the kickstarter, and you can go down the rabbit hole from there: 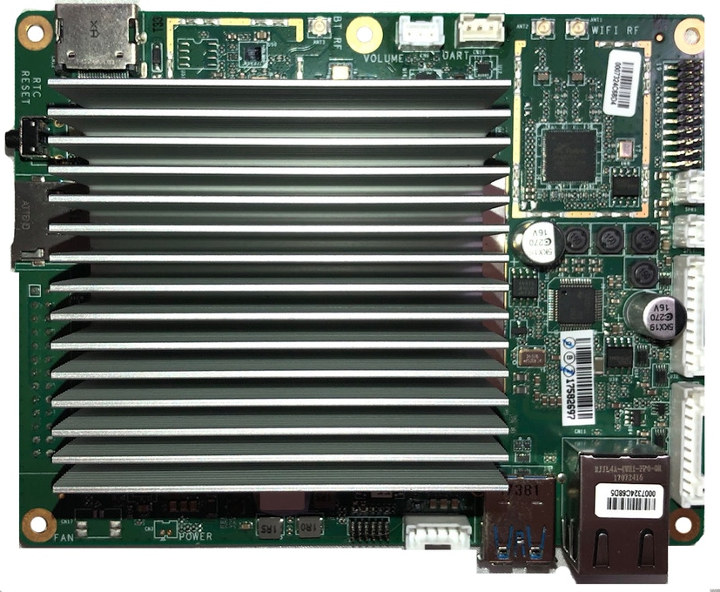 At the very end of last year, I covered Atomic Pi single board computer powered by an Intel Atom x5-Z8350 processor which was mostly interesting because

The FAQ for anyone needing answers:

Obviously I bought one and antennae for the wifi and BT.

That’s a very impressive price for an x86 SBC.

Install another Ethernet via usb port and you have a cheap pfsense box.

Nice board. The lazy sniping comments seem to be piling up in the other thread, here:

Being accurate: four 1.5Ghz cores and four 2Ghz cores It’s quite old Samsung Exynos5422 but still has a lot of potential. I do not know if I would like to use it as a desktop, but I personally use Exynos5422 + 2GB RAM as a NAS and it performs well in this role.

Not sure if I wanna jump in that fire. I basically got it because it was cheap, interesting, and has similar I/O and power consumption to the Pine Rock64 that I was going to buy. The Atomic Pi seems to be more limited quantity. The Rock64 is having a Rev.3 release coming soon, so I can always grab that in the future.

I picked up some antennae and a 7" 1024x768 screen (also 5V) so I can use it off grid easily. I might make it in to a little laptop for fun. My main use is as a secondary station for a security system where I could use it to watch other cameras on the network and maybe add a camera or two.

Once I start to mess with it and make meaningful progress then I will come back and share what I have done. I might play around with some things outside my intended use, but it likely won’t be anything that most people are looking to do, so don’t expect anything insightful, just a noob doing his noobiest to noob things up.

UPDATE: Apparently they now have them for pre-order on Ameridroid as well as the breakout boards which I don’t think were available on Amazon. 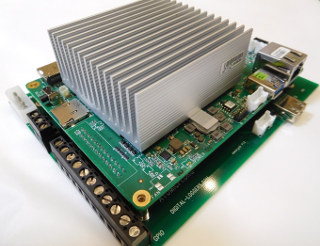 Atomic Pi single board board is probably the SBC with the best performance / value ratio on the market, so when we reported that Atomic Pi was available

At first glance this seems flat-out amazing for PFsense use, as the Z8350 atom CPU looks to be similar to the C3558 atom in the netgate SG-5100, which netgate sells for $699 and is the lowest-end netgate PFsense router than can really handle symmetric gigabit with a bit of headroom.

They’re both atoms and the clocks aren’t too far apart so you would think these two chips would perform similarly, but the Z8350 is a mobile part that’s extremely power-limited (16W vs 4w), a year older architecture, and runs at a lower clockspeed. C3558 passmark is almost exactly twice the Z8350. So you can expect the Atomic Pi to be roughly half as fast, which should be more than enough to NAT symmetric gigabit but not enough for IDS/IPS/VPN.

Of course it has a realtek ethernet port which is not great, and you do want two of them for a router. So it’s not going to unseat the espressobin for value-- even though that one isn’t fast enough to NAT gigabit.

i ordered the other day on amazon, now says it shipped

Phoronix has one along with a tiny bit of info in the article and comments.

Of course the comments quickly shifted into debates of comparisons to other Pi-like devices and how it doesn’t fit their particular use case, so it is ‘clearly garbage’.

They made the mistake of buying without looking and not only didn’t get one of the add-on boards for power, but have no way (or no interest) to power it manually. It is simply a platform for people to tinker with, and I believe buying it expecting a finished product is completely missing the point. I guess with the add-on boards being back ordered that it will likely be another month or more before we start to see it put to use by some review places. Hopefully the more adventurous among us will get somewhere with it by then.

I’m thinking of removing the oversized heatsink and using the base of a heatpipe embedded heatsink from a blower style GPU cooler to use with a metal case for passive cooling. I already have such a setup from a previous proof-of-concept I played around with a few years ago. I’m still playing around with the things that I have and coming up with ideas on which direction I’m going to go. I’m sure it will be an ugly abomination that will get lots of negative comments over the looks, and the fact people waste their time doing such give me ceaseless enjoyment!