This is a companion discussion topic for the original entry at https://level1techs.com/video/asrock-x370-taichi-motherboard-review-ryzen
8 Likes
ASRock x370 taichi & ram
wendell March 9, 2017, 4:44am #2 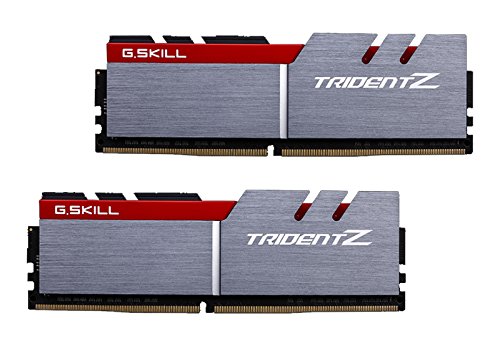 32GB high-performance dual channel memory kit from G.Skill. The new TridentZ series is designed for gamers and overclockers and is optimised for use with the 6th Gen Intel Core CPU and Z170 chipsets. ... 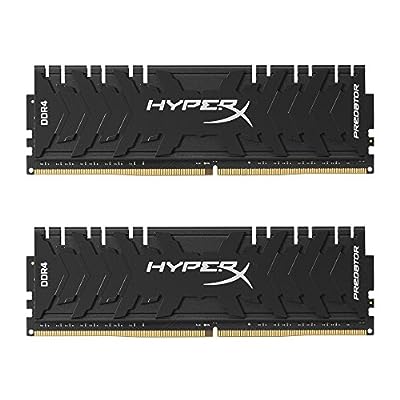 HyperX Predator DDR4 memory has a fierce new heat spreader design in black aluminum for greater heat dissipation to optimize reliability. The heat spreader and PCB complement the look and design of th ... 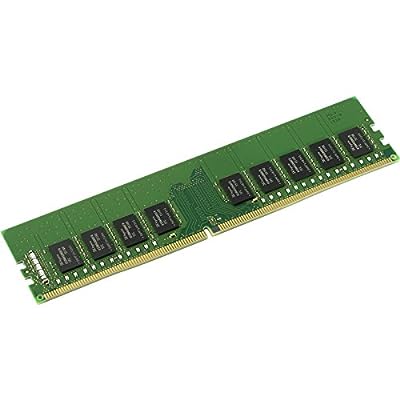 Kingston is the industry leader in PC memory. Designed with the whitebox user and system integrator in mind, mn Kingston ValueRAM products are engineered to meet industry standard specifications and r ...

That's good news for me. Though won't be grabbing the same mobo, will have 4x16GB dual rank D die Samsung sticks

Damn it, all through that video I was expecting a Riker leg swing over the chair.

Very nice though, lots of good info. Thanks for the memory clarification too both in the video and above, I plan on an R5 and want to get the fastest RAM possible with out going so far as to be unusable. This helps.

Don't you guys use the Sigma art lenses? I'd suggest closing down the aperture a little to avoid some of that chromatic aberration when doing your b-roll. You will still get some sweet bokeh a stop or two up. :) But hey, to each their own.

So guess I can conclude that all dual channel G.Skill 3200MHz memories are alrite at least with Taichi.
..and probably Hero?

Curious if all G.Skill 3200 kits can go same as upcoming Flare X? @wendell I have made some observarions about this platform that I think maybe you might find interesting.

AMD were focused on ARM based server CPUs before moving back to support x86.

Slow game performance would appear to be a function of a bottle neck created by the on chip PCIe controller that is part of the Data Fabric (DF) on the chip. The Data Fabric is clocked at 1/2 the frequency of the memory. You can confirm this using firestrike. Notice really good Graphics scores (limited load on CPU and Maximum load on GPU) and good Physics scores (Max load on CPU with minimal load on GPU) however, Combined scores are really quite poor (Max load on CPU and GPU). It appears that the cause of slow gaming performance is because the PCIe controller in the DF is creating a bottleneck between CPU and GPU when they are under significant load, probably due to latency issues as the bandwidth is fixed.

Supporting high memory frequency is difficult and Memory latency is reported as much higher than what we are used to on Intel platforms.

AMD talks about "Overclock Mode" and when you change the CPU to that mode, Turbo and XFR are disabled.

This guy found a wake from sleep bug https://www.youtube.com/watch?v=S93asfXAu9M&t=1030s. While the clock being messed up is an issue, He does not notice that in HW monitor, the CPU is reporting a turbo boost 4+Ghz on 2 cores while the other 6 are still running at 3.xGhz. The chip is no longer in "Overclock mode" indicating that the OC mode is only a software switch.

Ryzen needs software adjustment to enable MPET for the software overclocking utility. Not unlike VMTOOLs

You noticed that the x8 and x8 Pcie connections are sharing the same Channel and will not support passthrough to virtual machines.

Putting those observations together, I am thinking that the Ryzen chip is using virtualization concepts within the chip, with the x86 parts of the chip being physical silicon but behaving as though it is a virtual machine within the environment of the SOC with hardware passthrough concepts for memory, PCIe and probably sata being used to provide I/O to the x86 functions. The EFI, running on ARM similar to an android phone, is providing the hypervisor functionality and in actual fact, from the bare metal perspective, doing device passthrough thing to the x86 silicon back to an ARM based computer. The Ryzen chip and motherboard has just been packaged and marketed in terms that better match customer assumptions and expectations.

While that architecture is not in itself a bad thing. If I am right in my detective work, I suspect that memory will never get to the high speed levels that Intel can manage and gaming graphics will never get to the same levels of an Intel CPU simply because of the small overhead handicap that virtualized passthrough incurs.

I am not suggesting that this is flawed or a terrible thing but having a better understanding of what is happening on chip may assist in a usage approach that takes the internet conversation away from the Ryzen is broken/perfect get the pitchforks thing that we are seeing now.

It also suggests that the 1080p gaming tests are actually not testing CPU limits as has been assumed, but are actually just testing the limitations of the PCIe controller

Wendell's motherboard reviews are meditatively calming. I can listen to these while working all day :)

Seems like an awesome board. Asrock is really shaping up to be a very solid motherboard vendor. Any more details coming about the IOMMU groupings? Referencing this:

Really fascinating, thanks for sharing that. Will be interesting to follow up on.

Please feel free to offer alternative thoughts. I had noticed similar PCIe bottleneck behaviour from an overclocked i7-2600 when overclocking a GTX 1070 that I discovered could be mitigated by additional VCCIO voltage even though guides only talk about memory controllers when referring to VCCIO. I had assumed up until yesterday that there may be the equivalent voltage that will achieve the same result with Ryzen.

When I saw that wake from sleep bug, I noticed the parallels with a virtualized environment so now I am not so sure that quite the same solution required as only tuning voltages to get the full improvement. I would think that the EFI needs better optimization from the vendors as well.

Also I do not know if there are any tools to report on what Pstate the chip is operating in with a given load. It could be gaming/gpu loads are using a different pstate to when cinebench is being run? the Asrock bios is the only one that I have seen pstate modification as Wendell is the only one how has actually shown any indication of an understanding on what they were for or what options are available to adjust in those settings pages.

It seems like Asrock is working on things quite rapidly. They have released 3 bios in 3 days.
http://www.asrock.com/MB/AMD/X370%20Taichi/index.asp#BIOS

I managed to preserve power saving modes so when the chip is idle it auto downclocks . Chips from microcenter :D

how did you achieve this ?

wasn't all that serious anyway :P

Finally got around watching it (YT blocked at work yay), looks very interesting, the only thing I couldn't find anywhere, and since you didn't mention it, does this thing have a thermal sensor header? I was thinking of getting a temperature fitting for watercooling and plugging it into the motherboard (don't really want to buy a fan controller for just that), and the only AM4 board I could find that had one was the Gaming 5 from GB :/

I think Ryzen master beta (lulz) might also do something similar.

Not that I saw.